For much of the 20th century and the first quarter of the 21st century physics was divided between the universe of the large (galaxies, stars and other stellar bodies) and the universe of the tiny (particles and forces acting over subatomic distances).

For physicists brought up on Newtonian physics, it was hard enough to grapple with the mathematics and implications of Einstein’s masterpiece – general relativity.

But for those who grasped the math, the implications were huge, masses shaped space-time and space-time told masses where to go, and at the extreme, a large mass might collapse space-time about itself to form a black hole.

Quantum physics (mechanics) was a whole other matter. The forces and particles were beyond view.

Far more troubling was the fundamental constraint on certainty associated with quantum physics – the most important of which was Heisenberg’s uncertainty principle. It states that the location of particles such as electrons can never be known with certainty, the most we can hope for is to calculate probabilities.

That was a shock to physicists familiar with Newtonian physics and general relativity. That and other features of the quantum universe, such as the lock-step entanglement of two particles at long distances, baffled many physicists – none more than Einstein – who to his death was obsessed with finding flaws with the uncertainty and fundamental probabilistic nature of quantum physics.

There is one area where most physicists agree the two universes came together – the first few seconds of the Big Bang.

Thus, in less than 1oone second, what had been minor variations in a tiny quantal field became random variations in energy and matter on the scale of the expanding universe in what was later called the”‘afterglow” of the creation of the universe.

Evidence for this was the detection in the 1960s of radio waves emanating from all points of the universe for which Arno Penzias and Robert Wilson shared a Nobel Prize, even though others had to point out the significance of their finding to them.

The significance of these discoveries is best expressed by physicist Brian Greene in his 2020 Book, “Until the End of Time.”

“Take a minute to let this sink in. Physicists describe the earliest moments of the universe using Einstein’s equations, updated to include a hypothetical energy field filling space, subject to the quantum uncertainty learned from Heisenberg. Mathematical analyses of the inflationary burst reveal that it should have left an indelible imprint in the form of a specific pattern of minute temperature variations across the night sky. Sophisticated space-based thermometers built nearly fourteen billion years later by a species just coming of scientific age here in the Milky Way detect precisely that pattern.”

It’s fair to point out that the inflationary period in that first second, while generally accepted, has yet to be solidly proven. But the variations in temperature across the universe are well-documented and those variations are most consistent with an early period of incredible inflation in the size of the universe – much faster than the speed of light.

Remember, the speed of light is fixed, but the expansion of the universe is not.

One excellent readable source covering the earliest events in the universe and much more is Greene’s book.

Dr. William Brown is a professor of neurology at McMaster University and co-founder of the InfoHealth series at the Niagara-on-the-Lake Public Library. 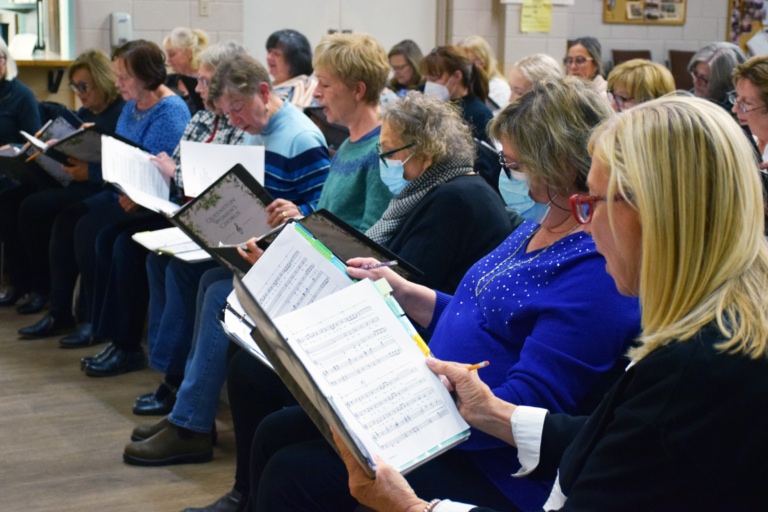 Dr. Brown: Isolation and shrinking boundaries in the COVID era