When the British Arts & Crafts style made its entre into North America, it generated a wave of creativity among architects.

On the east coast, Arts & Crafts found its expression in Shingle homes, in the midwest the Prairie was developed, and from California came the Craftsman.

Craftsman design was originally based on the Anglo-Indian bungalow form. Following local California tradition, this Arts & Crafts expression drew liberally from elements and stylistic cues of both Japanese and Swiss wooden residences.

They were charming and comparatively inexpensive, a formula the new and growing middle class of the early 20th century found irresistible. And the folks of Niagara-on-the-Lake were no exception.

Let’s visit three of NOTL’s Craftsman homes, each showing the tenets of this design school in its own way.

In the heart of Old Town, is a home sheltered by the deep overhanging eaves of its slightly belled hip roof which is broken at intervals by short, comparatively wide gable dormers. Visually, the roof actuates the horizontal lines of the house while pushing it down into the landscape. Four simple vertical pillars, joined by low, solid rail walls, front a deep porch that focuses the eye on the main entry. The windowed front door has been cleverly used to create the impression of a bank of five windows to make the facade statement. The unbroken white stucco cladding, uncommon on period Craftsman builds, is somewhat relieved by the rectangular insets in the rail walls and the regular punctuation of the exposed rafter tails in the eaves. The concrete staircase is a sad modern add.

Outside of town and despite several modernizations (windows, siding, closed eaves), our second example proudly proclaims its Craftsman heritage. At the bottom and top of the brick wall cladding, a brick soldier course establish bands that bracket and emphasize the building’s horizontal lines. Here the roof is a clipped hip (a.k.a. clipped gable, jerkinhead, etc.) with open gables. It  is also dropped and extended above the substantial footprint of the front porch, one defined by a low brick rail wall atop which are two sets of three Tuscan columns to make the facade statement.

Less common in Ontario, our third Craftsman is an example of the storey-and-a-half front gabled form. Five thru-tendon brackets support the front roof gable while the side eaves of both the main roof and the shed dormers display exposed rafter tails. Here, the second half-storey extends over a porch that flaunts formed wooden U-brackets that extend completely across each opening. The small windows on either side of the front door (and on either side of the chimney) would commonly be inset with stained glass panels. Displaying typical Craftsman understatement, this home is a real gem.

Keep your eyes open for the Craftsman. In NOTL no two are identical.

The Monuments Men – Part 4: Three Houghton boys went off to war. Only one returned 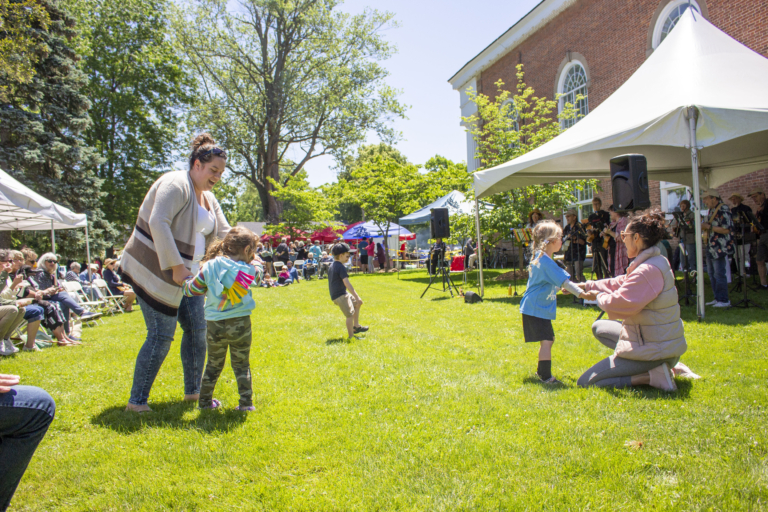 New community group aims to be the heart of St. Davids

Arch-i-text: How we got here