12.2 C
Niagara-on-the-Lake
It’s been a good winter for grapevines – so far
Home » News

Grape growers in Niagara have a dedicated ally when it comes to protecting their vines over the winter and his name is Jim Willwerth.

He is the senior viticulturist at the Cool Climate Oenology and Viticulture Institute at Brock University and for the last nine years he has been meticulously gathering and compiling data to help grape growers prevent winter damage to their vines and mitigate the impact when there is damage from extreme cold.

Because of an effective partnership between the viticulture institute and the grape growers themselves, “We’re leaders in the world,” Willwerth says.

Matthias Oppenlaender, chair of the Grape Growers of Ontario concurs. “It’s a fantastic relationship. The research is very valuable to the industry because it is based on our needs.”

Willwerth and his team gather samples of buds from vineyards at regular intervals and test them to determine their cold hardiness, which varies depending on the time of year, the location and the grape variety.

“We put the buds into a temperature chamber that simulates a cold event, reducing the temperature by four degrees an hour, and note the temperature at the point where the bud becomes damaged to determine it’s cold hardiness,” Willwerth explains.

More than 40,000 buds are tested each winter. Growers use that information to determine when to use their wind machines to prevent damage. According to Oppenlaender, “We were losing crops until we brought in wind technology. It’s an absolutely critical piece of the puzzle and the research helps us know when to use it.” 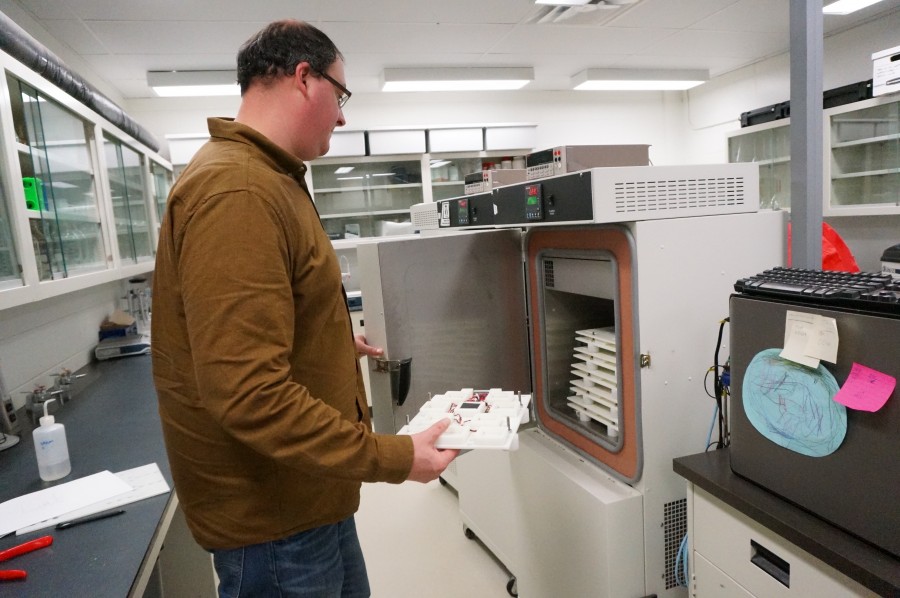 A given block of vines might be hardy to -10C in December, but as the winter wears on, the vine will develop hardiness to even lower temperatures, such as -20C.

So when a cold snap is forecast, growers can look at Willwerth’s data online, where it’s broken down by date, location and grape varietal. If it says their buds are cold hardy to -20C and the temperature is going down to -25C, they know they need to use their wind machines to moderate the temperature around their vines to prevent damage to the buds.

Conversely, if their buds are cold hardy to -20C and the temperature is going down to -17C, they know they don’t need to run the machines.

Willwerth says that precision helps growers collectively save as much as $2 million a year in fuel costs, because they’re not running the wind machines unless they’re sure they need them.

“There are more than 400 users who take advantage of the data and the majority are in the Niagara region,”  he says.

Oppenlaender says he has 60 wind machines and “they each take 30 litres of fuel per hour. It costs $2,000 an hour to run them, so it’s important to know when to use them” to avoid unnecessary cost. 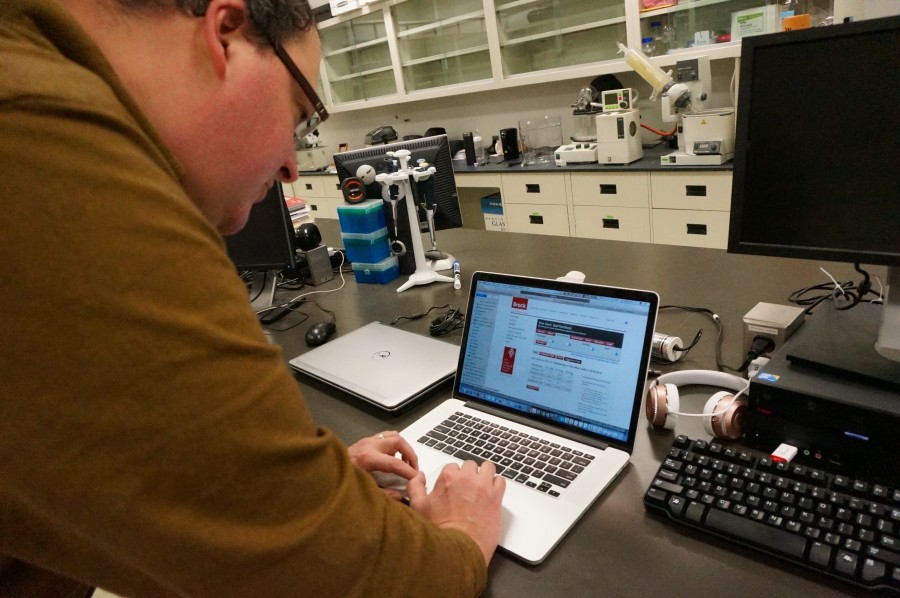 Willwerth notes that many growers used wind machines during two recent cold snaps, on Jan. 23 and Feb. 5. The machines move the warmer air down to ground level and moderate the temperature on the vines.

He says there was “just a little bit of damage to some of the sensitive varieties, like Merlot and Syrah, but nothing severe.” When there is limited damage to buds, growers adjust their pruning methods to leave more buds on the vine, which mitigates the impact of the damage, he says.

Luckily, the freezing rain this month was no threat to the buds, Willwerth says. “The freezing rain ice on the plant will actually protect the vines from cold, plus they are supported on the trellis, so the ice won’t cause them to break.”

He emphasizes “the crop is dependent on the buds. If they die, there is no fruit,” so preventing damage is critical. “When there is serious damage to vines, it takes up to five years to get the vine back into production, so it’s a significant loss for growers. They still have costs related to caring for those vines, but without any crop.”

“The summer growing season is important, but winter can be even more nerve wracking,” says Oppenlaender, but so far, so good this winter.

“There are some concerns for some very site specific sensitive varieties like Syrah and Merlot, but they have survived well so far, and I feel very optimistic right now.”

All of the data can be found on the viticulture institute’s Vine Alert website, at ccovi.ca/vine-alert.

New Year’s Eve comes back with a bang

Opinion: Get vaccinated and vote wisely