18.5 C
Niagara-on-the-Lake
Dr. Brown: Even when Einstein was wrong, he was right
Home » Featured

In one of four pivotal studies in 1905, any one of which would merit a Nobel prize, Albert Einstein revealed that while in common with the rest of the electromagnetic spectrum, light had wave-like properties, light was also quantal in nature – it was composed of what he called photons.

That discovery made him the father of particle physics. However, as a theoretical physicist, he was most comfortable with the world of the large – the relationships between space, time (special relativity) in 1905 – to which he added gravity (general relativity) in 1915.

General relativity provided remarkable insights into the nature of the universe. For example, predictions based on relativity’s equations, revealed that the universe was expanding and hence must have been incredibly dense and tiny at one time, from which it expanded (the Big Bang).

General relativity also predicted that collisions of massive bodies, such as later discovered black holes or neutron stars, would produce gravitational waves in the space-time fabric of the universe (observed first in 2015, garnering a Nobel prize in 2017). His equations also predicted that the mass of large heavenly bodies such as stars or even whole galaxies could bend light sufficiently to see stars and galaxies, otherwise hidden from view (gravitational lensing).

And because Einstein was unhappy with the whole idea of an expanding universe, he introduced his famous cosmological constant into his general relativity equations, to restore “stability” to the universe. Wrong to do so, he later rued the day he introduced his constant.

However, that constant exactly predicts what would later become known as dark energy, as the force expanding the universe and which would garner other physicists later in the 20th century, another Nobel prize. So even when he was wrong, it turned out he was right.

He was also wrong about particle (quantum) physics, the physics, which governs atoms, subatomic particles and forces. Einstein simply could not abide the uncertainty inherent in particle physics, which was set forth by two of the early leading lights in the field, Werner Heisenberg and Erwin Schrodinger (both Nobel laureates). They championed the “uncertainty principle,” that at the subatomic level, for example, you could know the momentum of a particle but not its position, or the reverse, but never both at the same time.

And what about the whole idea that the observer somehow influenced the result? All were troubling to Einstein, as was the idea of entanglement at a distance, whereby the behaviour of particles separated by great distances could somehow behave in lockstep with one another. Recent studies have convincingly shown that such entanglement occurs, as weird as the phenomenon might seem.

Einstein is certainly an example of the gift that keeps on giving because in recent times predictions he made decades ago, for example about gravitational lensing and waves, have spectacularly been proven to be true.

And even when he was wrong to rejig his relativity equations, by introducing his cosmological constant, the constant proved useful to later physicists in quantitating dark energy. The latest example of a triumph for Einstein was the capture of the first image of a gargantuan blackhole whose shape corresponded to predictions based on Einstein’s equations for general relativity.

To his last days, Einstein continued to wrestle with particle physics, constantly looking for flaws in the equations governing the field. He didn’t succeed but apparently when he died, papers beside his bed fell to the floor revealing his last work on the subject.

Oh, and did I mention that most iconic of his equations, the one relating mass to energy, E=mc2 where E represents energy, m represents mass and c the speed of light – perhaps the briefest most consequential equation of all time.

Dr. William Brown is a professor of neurology at McMaster University and co-founder of the Infohealth series held on the second Wednesday of each month at the Niagara-on-the-Lake Public Library. 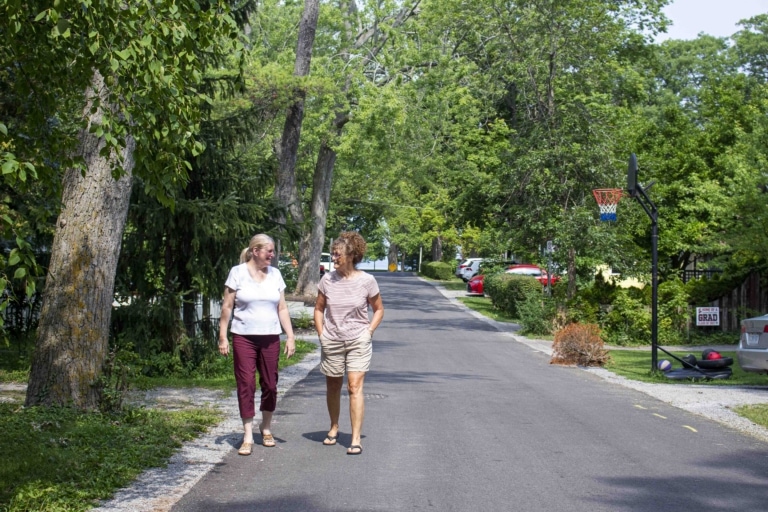 Time to stretch: Yoga in the Courtyard is back at NOTL Museum

A night for the museum

Letter: Town as whole has many active cemeteries