This is an excerpt from Kyra Simone’s talk at the second annual Jane’s Walk, starting at 7 p.m. at Ryerson Park on Thursday, Aug. 25 Her full talk will describe the unique life story of several local species, impacts of human activities and how we as humans depend on the web of nature for our own health and well-being.

Nobody really knows how I was conceived.

For hundreds of years, scientists thought American eels spontaneously regenerated; that we suddenly popped into existence, as if by magic. They dissected specimens, but couldn’t find reproductive organs.

My parents and all of the other eels spawn together in the Sargasso Sea, in the North Atlantic Ocean near Bermuda. We only reproduce once in our whole life.

When I was born there, I couldn’t swim. So, I use the ocean currents to drift along the east coast of North America for almost a whole year.

Eventually, I change shape into a glass eel, becoming long and transparent. I’m able to leave the ocean now, and swim upstream. As I travel, my body grows snake-like and muscular and darkens into a shade of yellow.

I absorb oxygen with both my skin and gills, so I crawl short distances through damp grass or mud to bypass obstacles.

Some of my family end up as far inland as Algonquin Park, but I’ll spend most of my life in Lake Ontario and Twelve Mile Creek in St. Catharines. I pass the next few decades in fresh water.

Eventually, though scientists don’t know what spurs this final change, I shapeshift once more into a silver eel: the only time in my life that I grow reproductive organs. Now, ready for my long journey back to the Atlantic Ocean, I can’t eat – I don’t even have a working digestive system.

Long ago, my relatives could drift and swim freely, but my path is no longer clear; the streams are now broken up by dams and man-made blockages.

Pieces of plastic make their way from shore into our homes and we mistake them for food. Microplastics have been found in the Sargasso Sea, our breeding grounds.

Humans used to hunt us in large numbers; we were one of the most-harvested species from Lake Ontario. Fishing was eventually banned by 2005, only after the number of young eels returning to the lake through the upper St. Lawrence River plummeted by 99 per cent.

With pressures from all sides, American eels are now an endangered species: we face a high risk of extinction.

As a top predator, we manage populations of species lower in the food chain, including invasive ones that damage the ecosystem, like gobies and zebra mussels. When eel populations do well, we’re also important food for large raptors, like eagles and ospreys.

Our health acts as an early warning system to show how safe the water is: for animals and humans alike. Plastics, chemicals and bacteria that affect us will be harmful to others as well.

The silvery-eel lining? Though plastics like cigarette butts are still littered in the trillions and items flushed down toilets end up in waterways, new regulations are starting to ban plastics that build up in our stomachs. And humans are dismantling old reservoirs and dams, especially in the Great Lakes area, which makes it easier for us to swim back to our birthplace to start the mysterious, decades-long cycle once more.

Kyra Simone is a PhD student in environmental science, with master’s degrees in biology & science communication. When not researching climate change, she advocates for a sustainable future, picks up litter, and makes recycled jewelry. 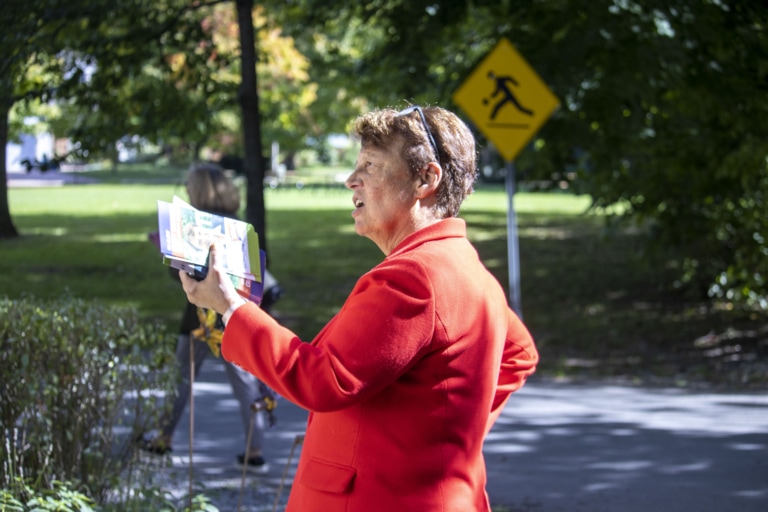 Editorial: State of the town is a helpful tool for residents

Documentary risks everything at History Museum

Letter: Flooding is coming this spring and we are running out of time to prevent it