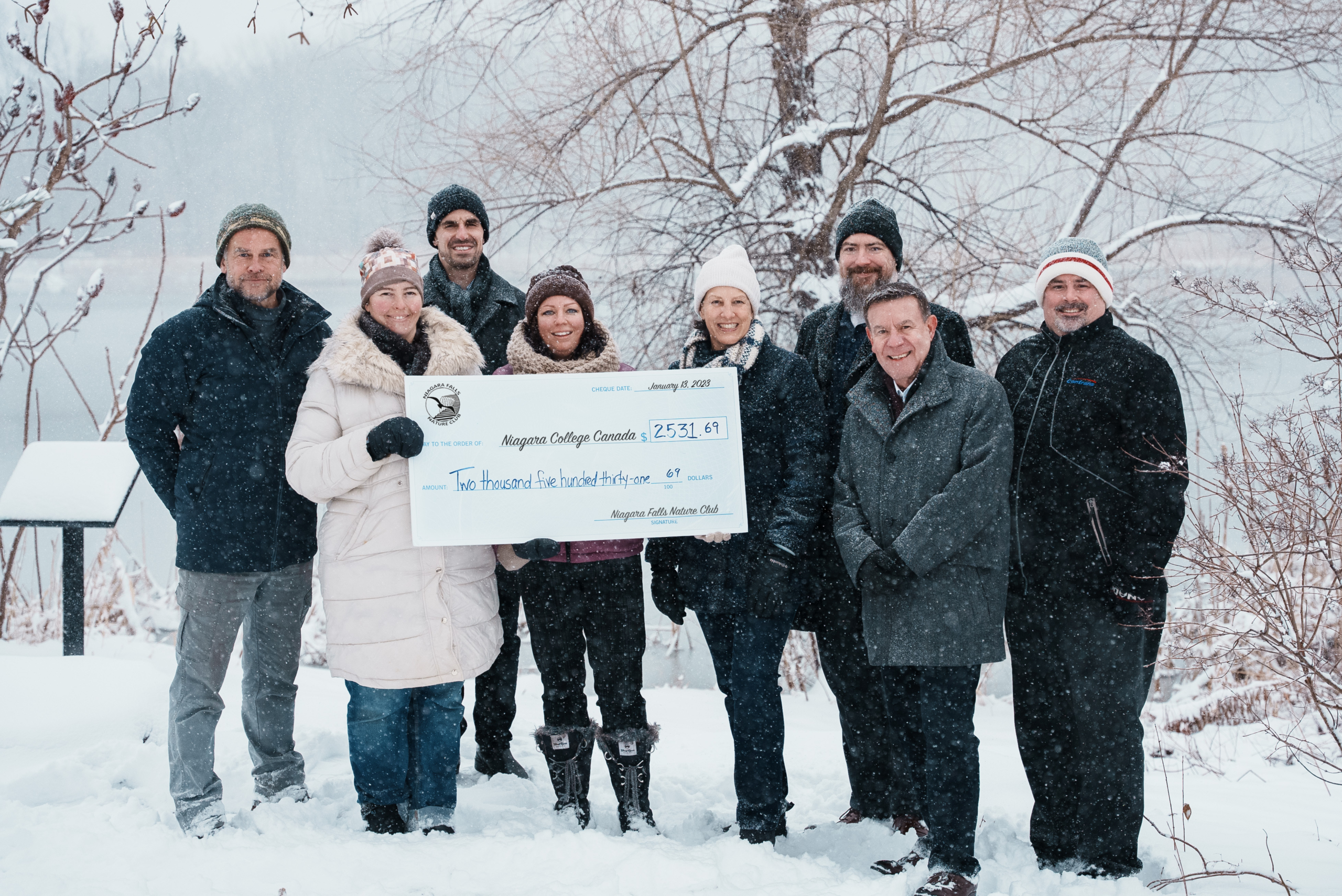 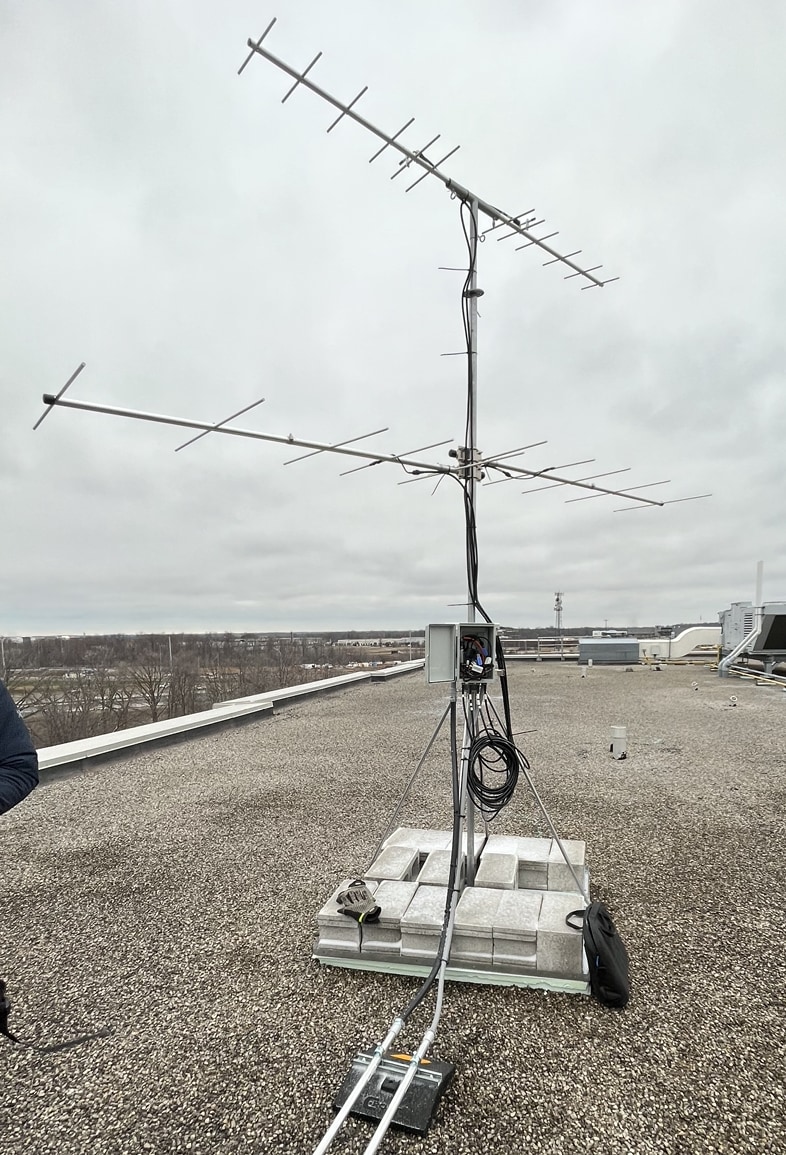 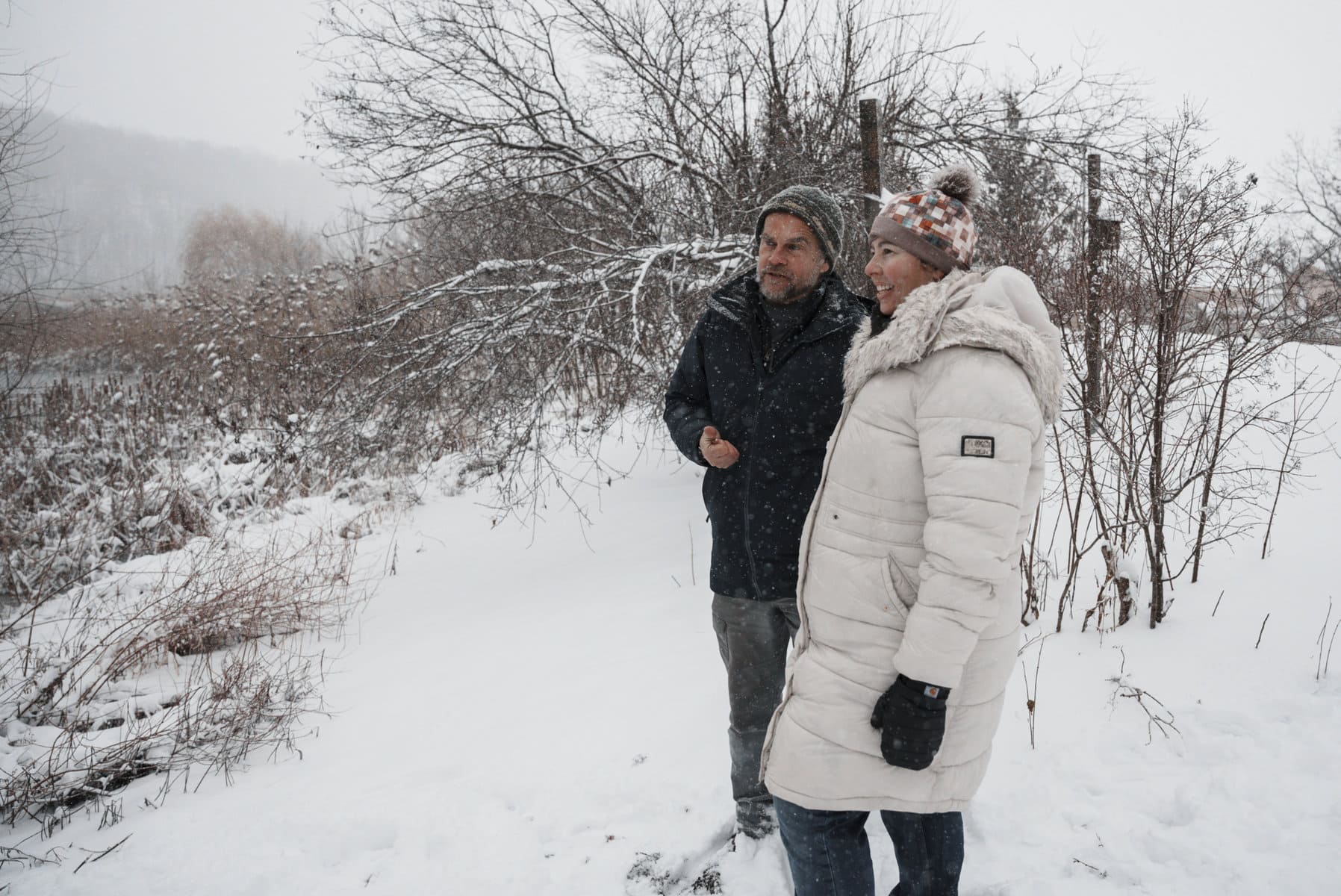 The Motus Tower Project at Niagara College’s Daniel J. Patterson Campus in Niagara-on-the-Lake is finally taking flight, thanks to a team of dedicated students.

Students from the ecosystem restoration program have been spearheading the project since 2020.

They worked hard with the program co-ordinator Martin Smith to write proposals and secure funding for the project. Every proposal is written by the students.

The tower was officially operational as of December 2022.

“The project is all about tracking migratory birds, but also can be used to track migratory bats, and even insects like monarch butterflies,” said Smith.

“It’s a way of keeping track of where specific animals are going over the course of a year,” he added.

The rooftop tower tracks the movement of tagged at-risk species.

It will help students in the program get hands-on experience monitoring and collecting data as well as gain experience in tracking and tagging.

Learning how to tag species is the next phase of the project, which Smith hopes will start this spring.

He and student Christa Jackson plan to tag and monitor a peregrine falcon that resides in the Hamilton area. They don’t know exactly where it spends winters and this tracking device could help them figure that out.

The tags cost about $300 each and the project has the funds to purchase them.

“These transmitters (tags) are so small. They can be a 10th of the size of your average paperclip,” said Smith.

However, the students need experienced researchers to teach them how to safely attach one to a species.

The Niagara Falls Nature Club recently donated $2,531 to the project. The money will go toward “funding researchers to allow our students to participate and observe and learn,” said Martin.

The tagging process isn’t easy, explains Smith. The animals need to be safely captured and tagged, and proper safety guidelines must be followed so that no animal gets hurt.

“I wanted the students to get some training, working with these experts in this area,” he added.

The tower uses old A.M. and F.M. radio frequencies and can pick up a signal from a tagged bird within a 10-kilometre radius, said Smith.

The Motus Wildlife Tracking System is a product of Birds Canada. There are currently 1,537 Motus receiver stations across 34 countries.

Now that the tower at the college is operational, students in the ecosystem restoration program will have access to its data.

In addition to learning a species’ migratory pattern, the towers help researchers come up with ways to improve a species survival rate. It also helps them monitor how climate change is affecting these patterns.

Researchers also will be able to understand why some species may be declining – such as the loggerhead shrike.

“It breeds in Ontario and migrates to the United States, and we’re losing track of where they’re going and where they’re failing during transit,” said Smith.

Tracking the birds and collecting data might help save the species.

“To really know what’s going on with a species, (you) might be able to come up with really effective ways to help them or bring them back,” he said.

The tower at the NOTL campus was built in spring of 2022 with $2,500 a student raised on GoFundMe and another $1,000 from the World Wildlife Fund.

If everything works out, Smith is hoping to get another tower built on the south shore of the Niagara Peninsula near Port Colborne. There’s a tower at Brock University and now at the college’s NOTL campus, but the south shore has none.

“The system doesn’t have good coverage of the lower potential near Lake Erie. So migrating birds could slip past there and we wouldn’t be able to detect them,” he said.