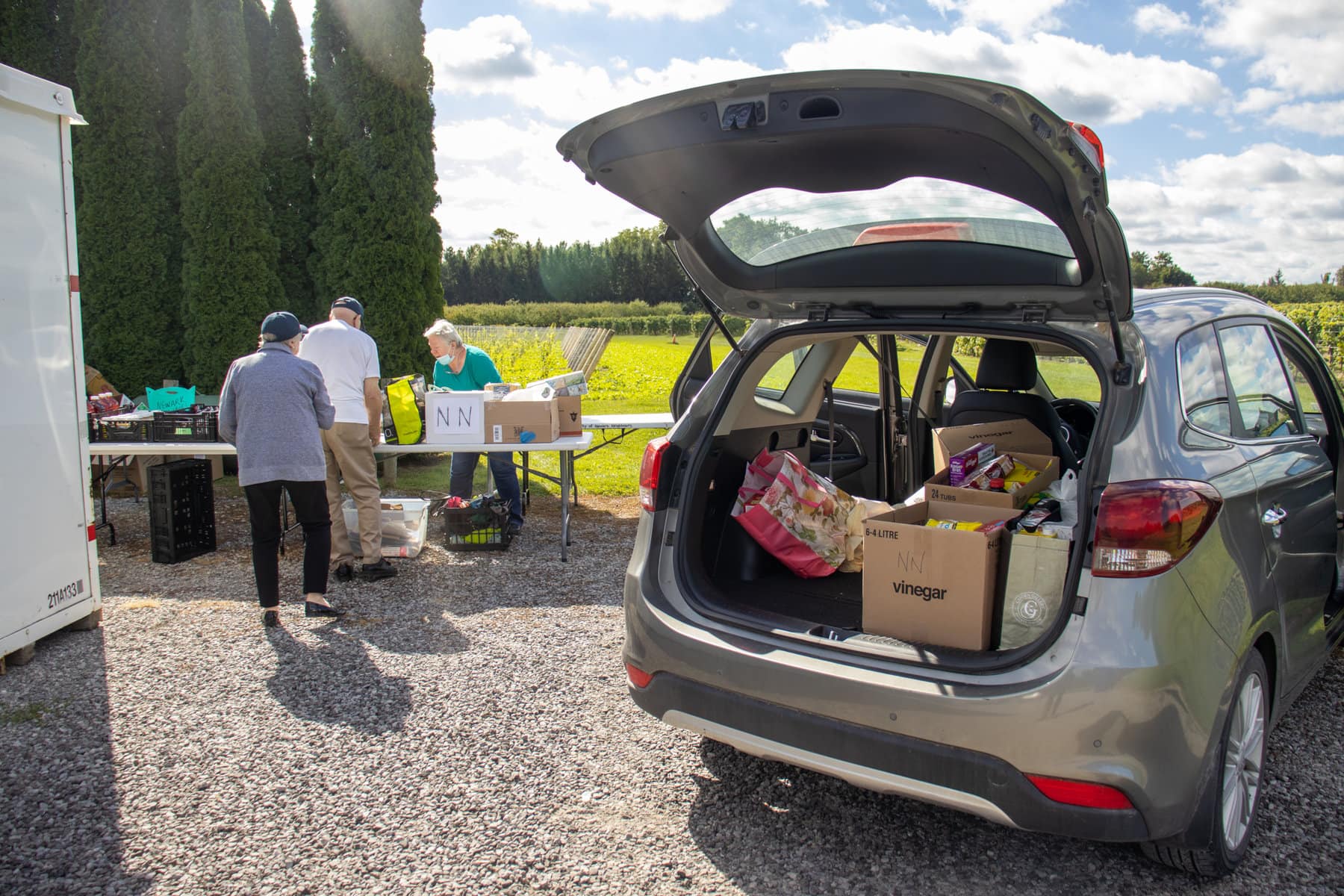 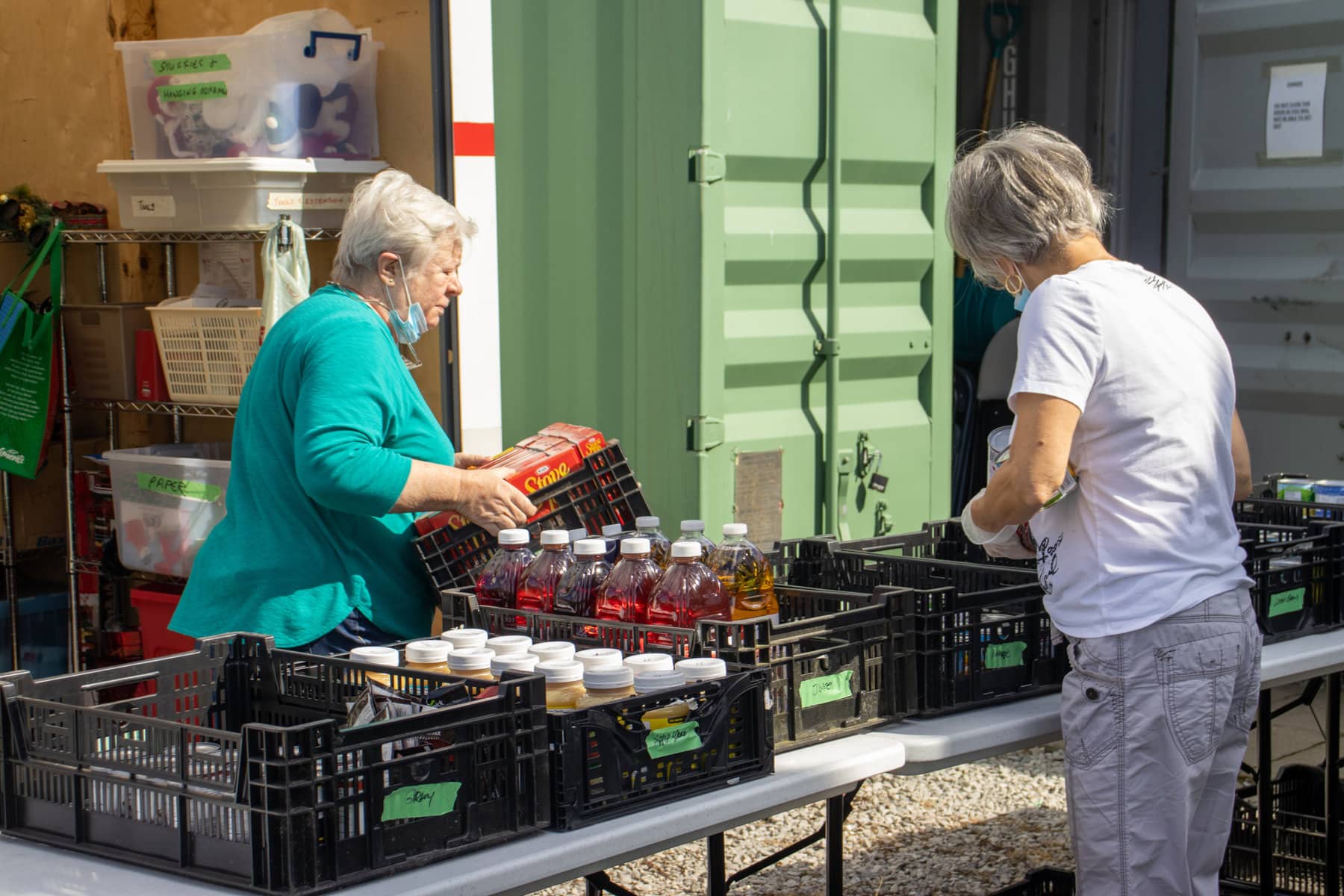 Shelves that were nearly bare are now brimming as Thanksgiving approaches

Residents of Niagara-on-the-Lake really stepped up on Saturday for the Newark Neighbours Porch Pick-up Food Drive.

“Last weekend, I was concerned … because we only had 14 addresses” donating food, Newark Neighbours board chair Cindy Grant said Saturday.

In the days leading up to the porch pick-ups, her phone was on fire, she said. She’s also received a lot of emails.

“We’re up to around 115 addresses as of this morning,” she said on Saturday.

By the end of the day, teams of NOTL Rotary Club volunteers had picked up donations from 117 homes.

Last year the food drive had contributions from 120 addresses.

The volunteers at Newark Neighbours were busy bees as they unloaded donations from vehicles and sorted through everything.

Each non-perishable would go into a specific tray, which was then brought to its proper shelving space inside.

“The response now is really good, and we’re getting Thanksgiving (donations) but also stuff for our shelves, which is wonderful,” said Mariitta Maavara, a volunteer with Newark Neighbours.

When Rotary Club members Bill Charnetski and his wife Emily arrived at the food bank from their pick-up in Garrison Village, their car almost overflowing with donations.

A few of the houses in Garrison Village consolidated their donations, making it easier to collect them, said Emily.

“We had 10 stops, but we certainly covered more than that area,” she said.

With the donations Newark received, the volunteers will be building about 60 Thanksgiving hampers for Niagara-on-the-Lake families.

“We received more than enough for our Thanksgiving hampers plus our food room shelves are now full to bursting,” Grant said in an email to The Lake Report.

The hampers will be filled with donated non-perishables, plus either a fresh turkey or ham, a five-pound bag of potatoes, onions and carrots and a fresh baked pie, said Grant.

The pies, which are also donated, are delivered to the families still warm from the oven.

“They get everything they need for a full holiday dinner,” she said.

After Thanksgiving, the next big holiday to prepare for is Christmas.

“We’ll see how much we get today. Because the Christmas hamper is very much the same as the Thanksgiving hamper. Except that we do Christmas presents and gifts for children,” said Grant.

Christmas is a special time and the volunteers like to make it special for families.

“Thanksgiving, you know, we make sure that they’ve got food for a holiday meal. But at Christmas, we just go overboard,” said Grant.

Newark Neighbours also closes for about two weeks around Christmas, so the agency gives families not only their holiday meal but their regular two-week supply, too.

“Christmas and Thanksgiving, as always, traditionally occur close together. So, yet again, we’re going to have to come back out to the community (for donations),” said Grant.