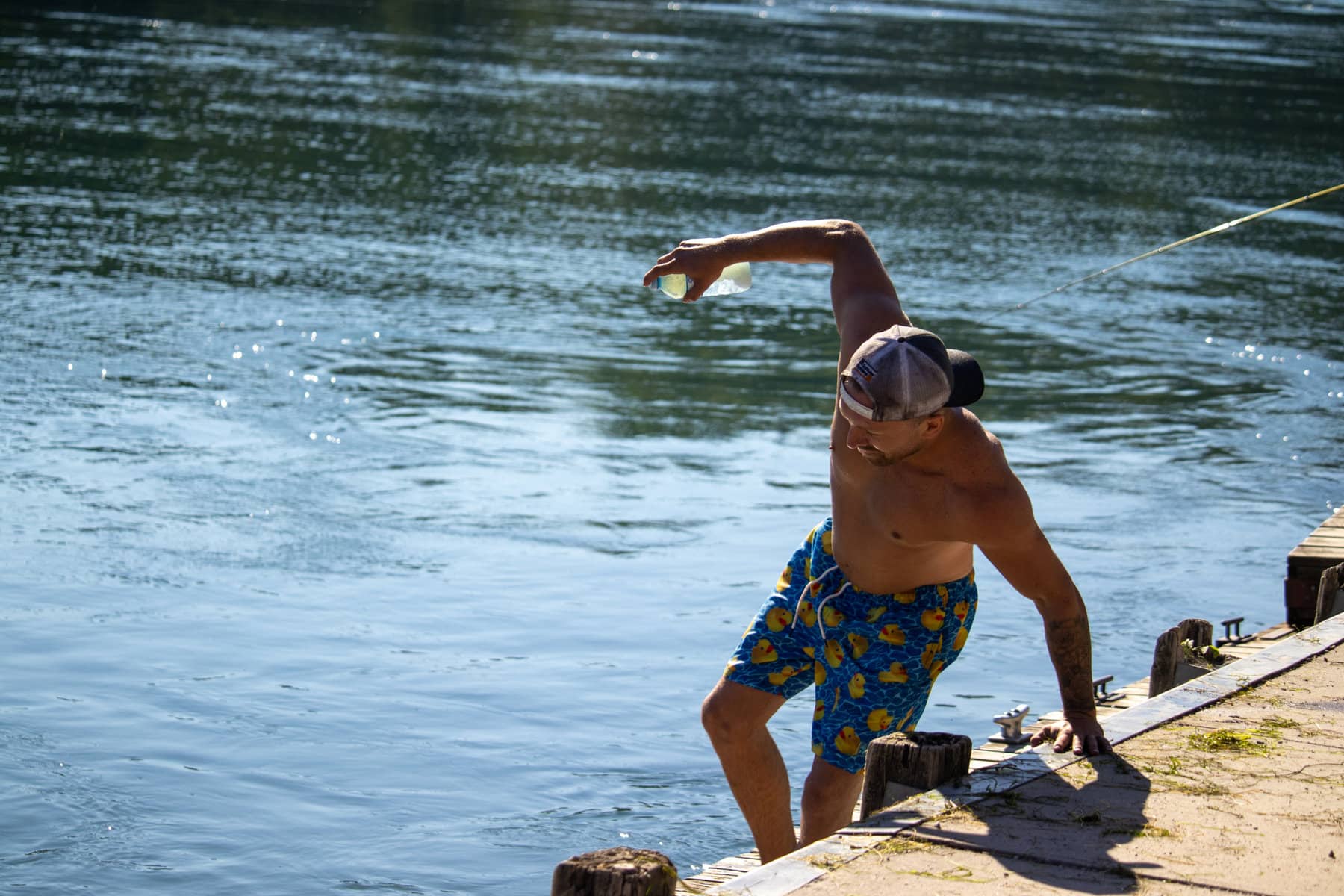 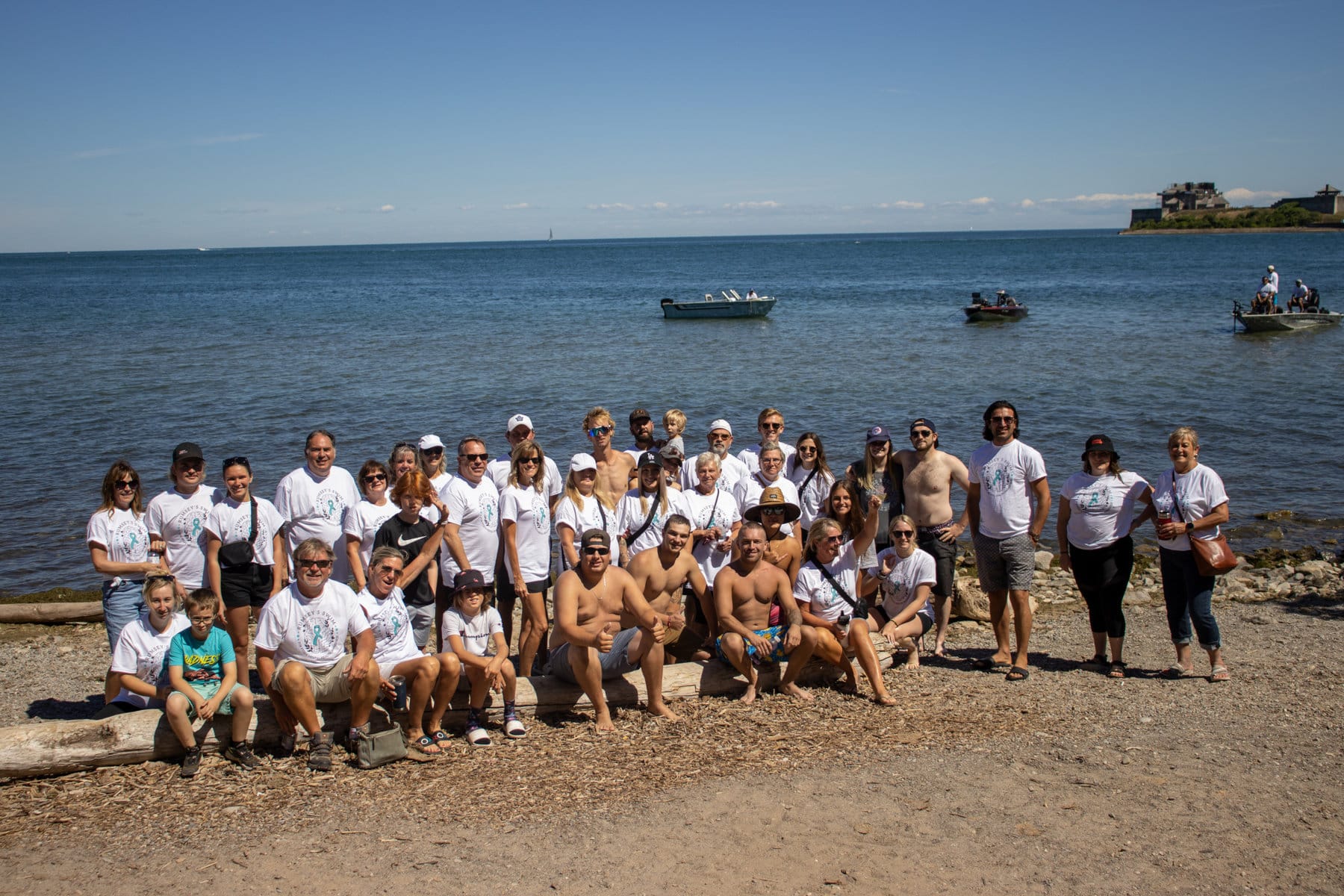 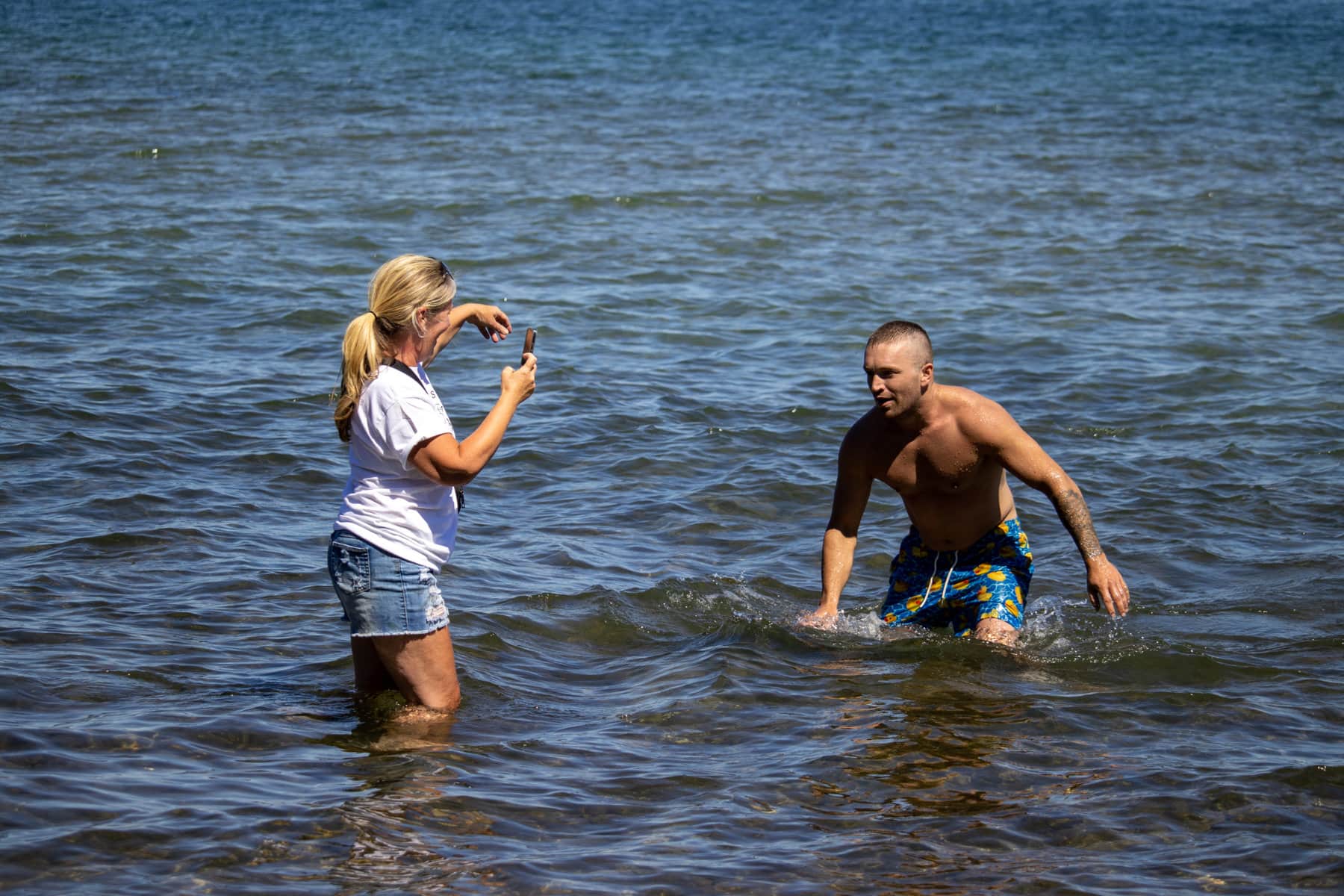 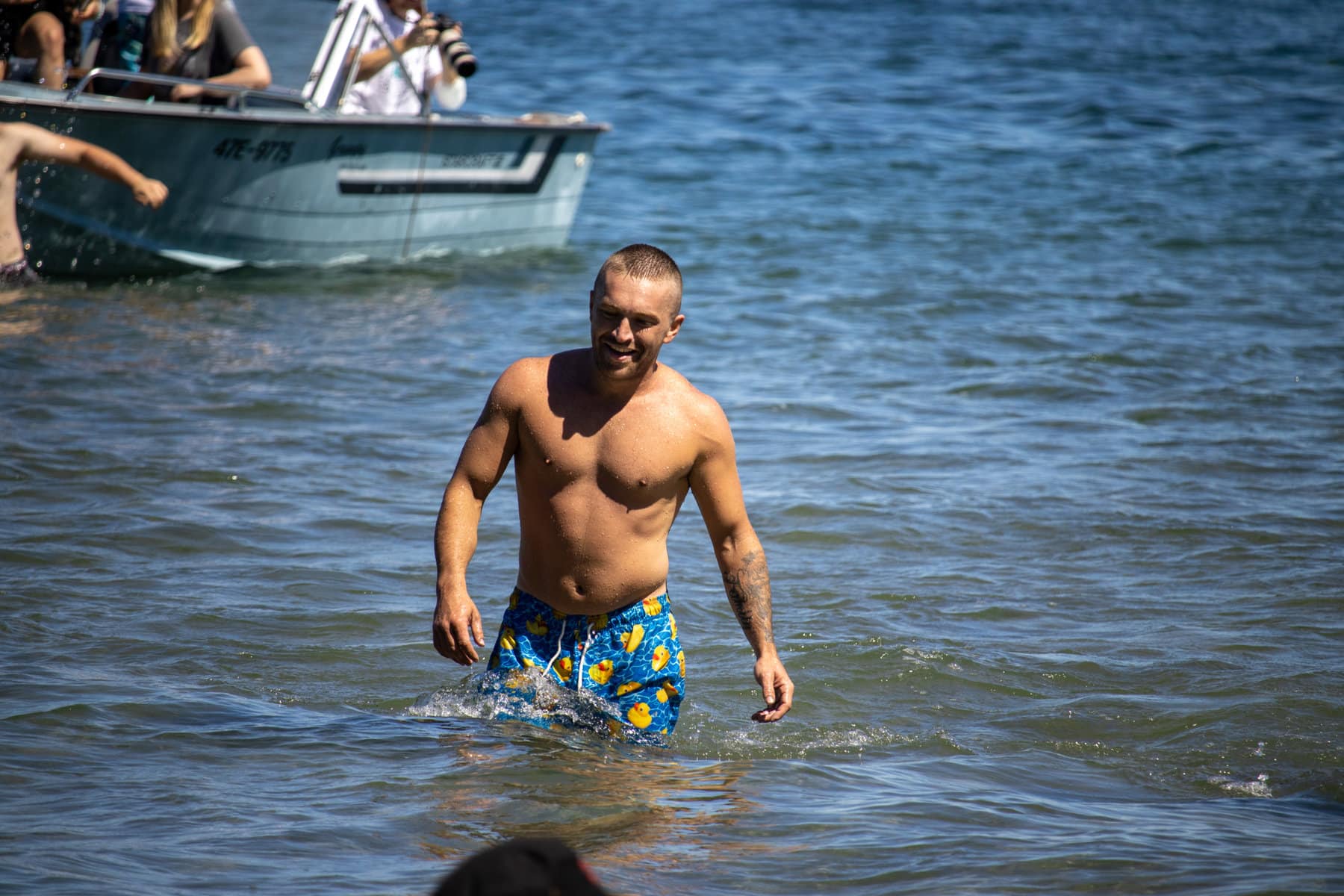 Dylan Rumsey made a huge splash for Pathstone Mental Health as he swam the Niagara River over the weekend.

“I can’t feel my legs,” Rumsey said as he wobbled his way onto the shore at Queen’s Royal Beach on Saturday.

Dozens of people cheered as he came out of the water, successfully making the swim from the Queenston boat launch to the waterfront gazebo in Old Town.

Though the 25-year-old hit some rough waters near Navy Hall where he was pounded by waves, he kept swimming until he reached the dozens of friends and family who were at the finish line cheering him on.

Rumsey’s goal was to raise $12,500 for Pathstone. As of Wednesday afternoon, the  total was $13,890. He decided to leave the gofundme open for an extra two weeks to attract more donations.

Originally, he estimated the swim would four to six hours. But Rumsey shocked everyone by completing it in under three hours, showing just how motivated and determined he was.

He said he only took a couple two-minute breaks to drink some water and eat a protein bar.

Before he jumped into the water at 9:30 a.m., his mom, Sue Rumsey, said she was up at two that the morning and couldn’t sleep because she was so nervous.

“But listen, he’s Dylan, he’ll do it. I’m not worried about it,” she added with a laugh. It made her feel better knowing he had friends out on the water with him.

Rumsey is no stranger to the struggles of a mental illness. He’s been open and forthcoming with his struggles with addiction, PTSD and psychosis.

And because of that, he’s fighting for those who are also struggling with a mental illness. He’s hoping to help people become more comfortable with telling their own stories.

“I was moreso just trying to help other people see that it’s easier to deal with things after you bring everything out,” said Rumsey.

He said he’s not a long-distance swimmer by any means, but after people told him he couldn’t do it, he wanted to prove them wrong. He spent the last few months training by doing three hours of cardio a day and lots of strength training.

“I just want to go ahead and prove everybody wrong. And it kind of goes the same for anybody going through a mental health issue,” said Rumsey.

“So I wanted to choose something that was potentially impossible for myself to just prove to other people that you’ll be able to succeed if you put your mind to it.”

He said he wants to see a change in the mental health system so people can get the help they need.

He chose Pathstone because he noticed the agency takes a more natural approach to mental health, rather then just pushing pills on people.

“This is about stigma reduction and Dylan did a great job because we saw this story covered everywhere. It was a really unique fundraiser, he was owning all of the things that he had struggled through, he talked about it openly and publicly,” said Kim Rossi, director of philanthropy for Pathstone.

Being public about it gives others the strength and the will to talk about their struggles, too, she said.

The agency is grateful he decided to fundraise for Pathstone, she said.

Rossi noted Rumsey is part of the process of what happens next with the money and they want him to help decide how it is spent.

For Rumsey, the swim provided validation and confidence.

“No matter how deep or low of a position that you’re in, if you set your mind to something, you’ll get it accomplished,” he said.

Letter: Letting government take over nursing homes is not the answer

Opinion: Brewing up a new adventure in retirement