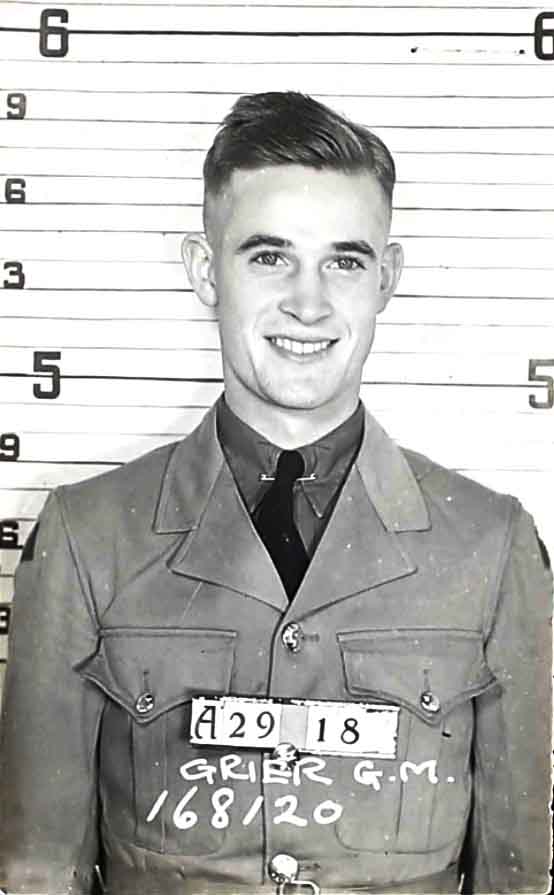 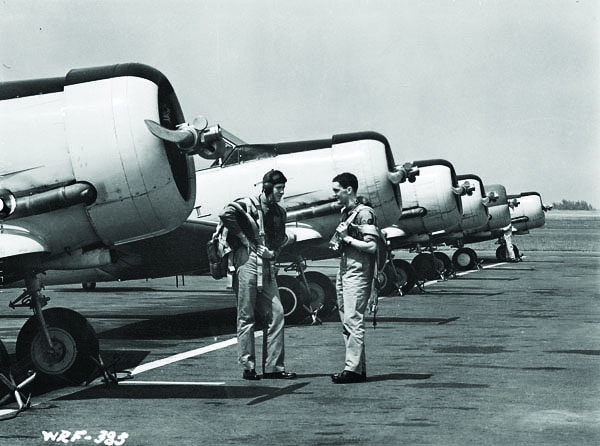 One of Canada’s greatest contributions to achieving victory in the Second World War was the British Commonwealth Air Training Plan.

The plan, proposed by Canadian Prime Minister William Lyon Mackenzie King, was to build facilities in Canada for the training of pilots and aircrew for the Royal Canadian Air Force, the Royal Air Force and the air forces of other Commonwealth countries.

It began on April 29, 1940, with 221 recruits as students and by 1945 Canada operated 107 schools across the country. These included schools for basic ground school, and trained pilots, navigators, bomb aimers, air gunners, wireless operators, and flight engineers.

Separate training facilities were established as part of the program for training the groundcrew who maintained the aircraft.

Canada made considerable contributions to the air war. The RCAF eventually supported 47 squadrons of fighters, bombers and transport planes overseas and contributed 27,104 men to fly them.

It came with a heavy cost.  A total of 13,589 Canadian airmen were killed and 1,889 reported as missing in action, with no known grave.

Not all deaths were due to enemy action. Through the air training plan, thousands upon thousands of hours were spent flying and more than 6,000 accidents were reported, resulting in 856 student fatalities.

George “Murray” Grier was born in Niagara-on-the-Lake on July 7, 1922, son of William and Martha Grier.

He attended Niagara-on-the-Lake’s public school and high school. After graduation in 1940 he was able to find employment at the English Electric Company in St Catharines.

On June 10, 1942, Grier enlisted in the RCAF, stating that he was interested in becoming a fighter pilot.  His ambition was to become a commercial pilot after the war was over.

From the time of his enlistment, Grier’s training followed the typical path for pilot training under the British Commonwealth Air Training Plan scheme.

He reported to the Manning Depot in Toronto, where he was issued his uniform and underwent military training. Recruits learned everything from marching and military discipline to the proper way to make a bed.

This initial training period also gave his superior officers a chance to assess his abilities, attitude and intelligence and recommend further training as a pilot, aircrew or ground crew.

Grier’s basic flight training lasted until Jan. 23, 1943, after which he spent the next 12 weeks learning navigation and all the technicalities a pilot would need to understand prior to starting actual flight training.

He next reported to Number 7 Elementary Flying Training School in Windsor on April 18, 1943. Here he took his first actual flights with a civilian trainer contracted to the RCAF.

This school flew the Fleet Finch biplane and the Fairchild Cornell, a monoplane.  Both were manufactured in Fort Erie.

Grier graduated from Elementary Flying with good marks on June 12, on his way to training as a fighter pilot. The next day he reported to Number 14 Service Flying Training School in Aylmer, Ont.

This 16-week course was operated by the RCAF. Student pilots flew the North American Harvard aircraft, which handled to a great extent like the fighters on the front lines of combat.

Tragedy struck and Grier was killed in a training accident on July 28, 1943.

The Harvard he was flying, “broke up and crashed near Norwich, when overstressed trying to recover from a spin during an instrument training flight,” according to the official report.

George Murray Grier’s remains were sent home and he is buried in the St. Andrew’s churchyard.

Editorial: Nominations pour in! Mag on the way!