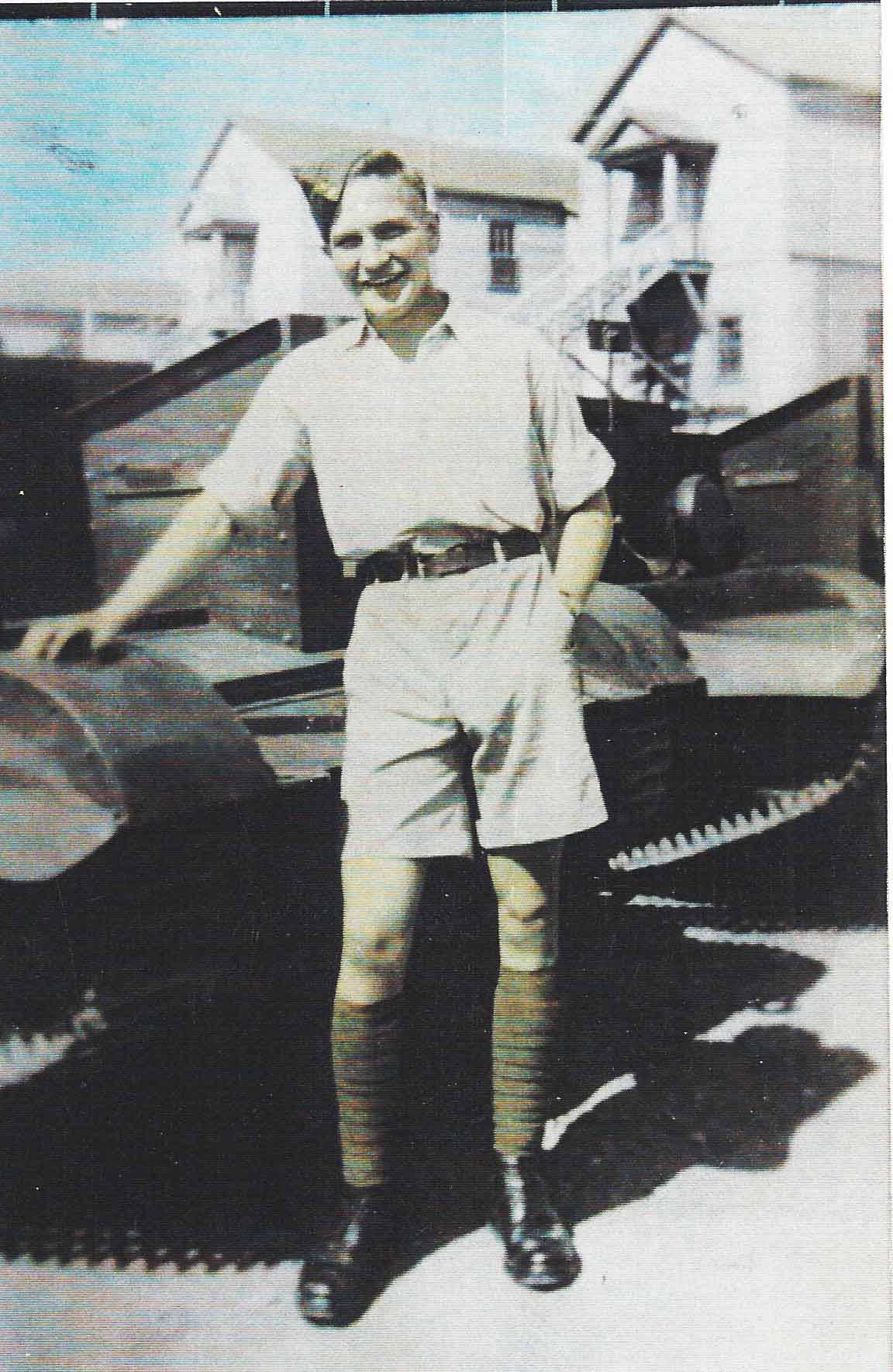 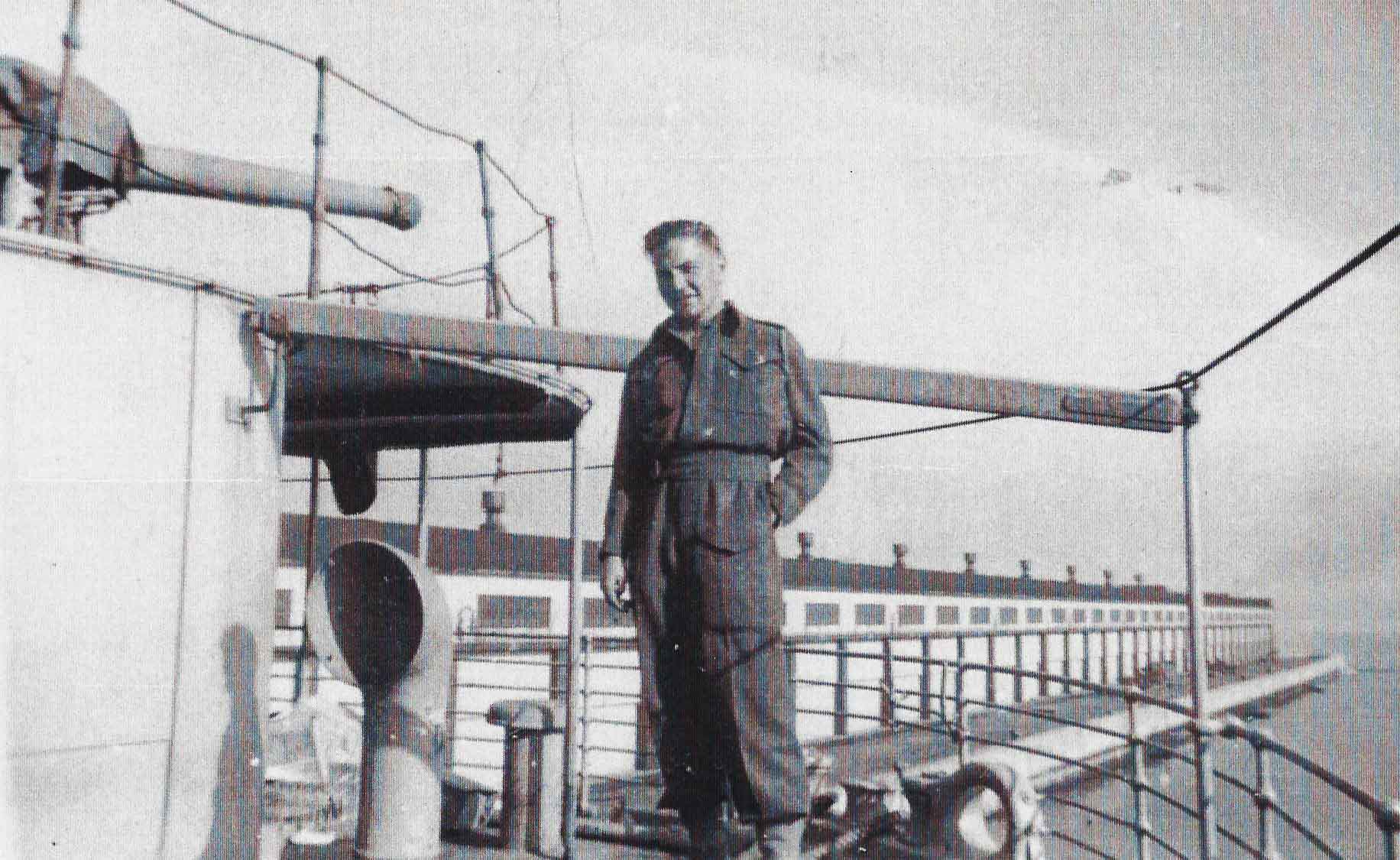 This year marks the 100th anniversary of Niagara-on-the-Lake’s iconic clock tower cenotaph. In recognition of the cenotaph’s century of service through two world wars and beyond, NOTL historian Ron Dale has been researching the stories of the people – all men – whose names are engraved on it. This is one in a series of stories to document and remember the sacrifices these combatants made.

On D-Day – June 6, 1944 – the long-awaited invasion of France was launched by the Allies, the start of an 11-month campaign to drive the Germans from occupied Europe.

After gaining a foothold in Europe, the Allies continued to slowly push the Germany army back toward the Seine and drive them from the strategic area of Caen, in northern France.

It was hoped that the Germans could be cut off at Falaise through a pincher movement of Commonwealth and American forces. It was at this point that Pte. John “Jack” Dietsch of Niagara-on-the-Lake entered the field of conflict

Dietsch was born in Toronto on March 9, 1921. After his father Emil died in 1934, his mother Margaret moved the family to Niagara-on-the-Lake.

Dietsch became a truck driver, working for the Burge Basket Factory. A year after the Second World War broke out, he decided to enlist, signing up with the Lincoln and Welland Regiment, Canadian Active Service Force.

He did not have to go far for preliminary training — only to Camp Niagara on the Commons.

At that point in the war the Lincoln and Welland Regiment was guarding the Welland Canal and Niagara’s hydro stations.

During that period, Dietsch’s dislike for army rules became evident.  On Sept. 5, 1940, he was charged with “neglecting his duty while on sentry duty” and was confined to barracks for five days as punishment.

A month later he was confined to barracks for four days and forfeited two days pay for being absent without leave.

In November he was AWOL again and lost more pay. The pattern continued, with a charge in February 1941 for being found sleeping in bed when he was supposed to be on duty at Decew Falls. Again a month later he was cited for “conduct to the prejudice of good order and military discipline.” He had been fighting.

In early 1942, Dietsch was given leave to marry Mary Margaret Canaher. It was hoped that marriage might settle him down but in September he was once again up in front of his regimental adjutant for fighting in the YMCA.

Over the next year Dietsch was sent on various courses, becoming fully qualified as a driver/mechanic on a variety of army vehicles.

On April 7, 1943, he was transferred to the Algonquin Regiment and on June 11 sailed for England. His wife Mary, now pregnant, moved to Stratford, Ont. Dietsch would never get to hold his daughter Mary Gail, born on Feb. 14, 1944.

In England, Dietsch continued to make his own rules and was again charged with various infractions. It was also clear that his sergeants were keeping a close eye on him.

Dietsch might not have been a model soldier but he was recognized for being an excellent driver and mechanic. The Algonquin Regiment relied on its transport when they were assigned to the 10th Infantry Brigade of the 4th Canadian Armoured Division. Mobility was crucial in this role.

The Algonquin Regiment landed on Juno Beach in Normandy on July 25, 1944, and was immediately ordered to proceed to the front for the continuing battle to drive the Germans back.

In Operation “Totalize,” a heavy artillery barrage and a bombardment by heavy bombers were supposed to ease the Canadian advance by the 4th Armoured Division. On Aug. 9, the Algonquins pushed on, occupying a hill designated as Point 140.

Through faulty communications, misread maps and less-determined advances by regiments that were supposed to link up with the Algonquins, Dietsch found himself and his comrades cut off from the main force.

A heavy German counterattack resulted in the regiment suffering 128 casualties.

Dietsch, initially reported as missing, was later found among the dead. He was buried nearby and the position of his grave was carefully recorded. After the war, he was reburied in the Canadian Military Cemetery at Bretteville-sur-Laize.

Dietsch may have had little use for the army’s strict rules but had nothing but respect for his country, making the supreme sacrifice to ensure a brighter future for all who would follow.

Growing Together: Check your boxwood shrubs for infestation by box tree moth

A lot of smoke and a little bit of fire

Getting the bad out of Lake Ontario