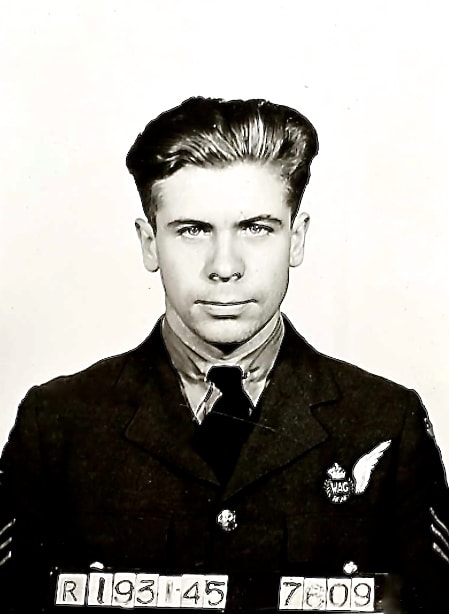 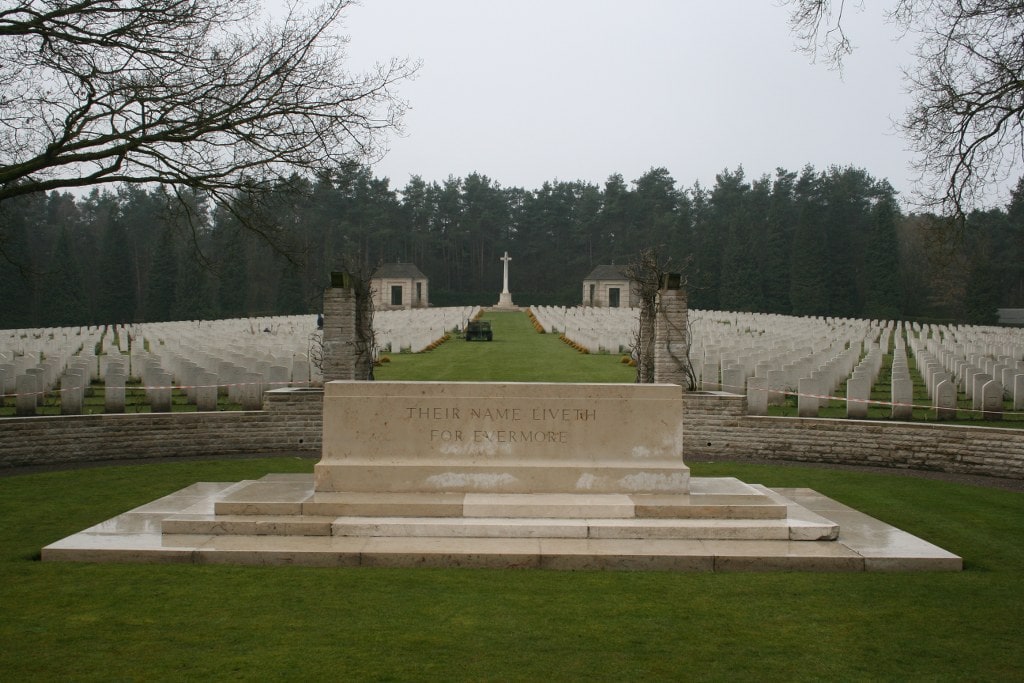 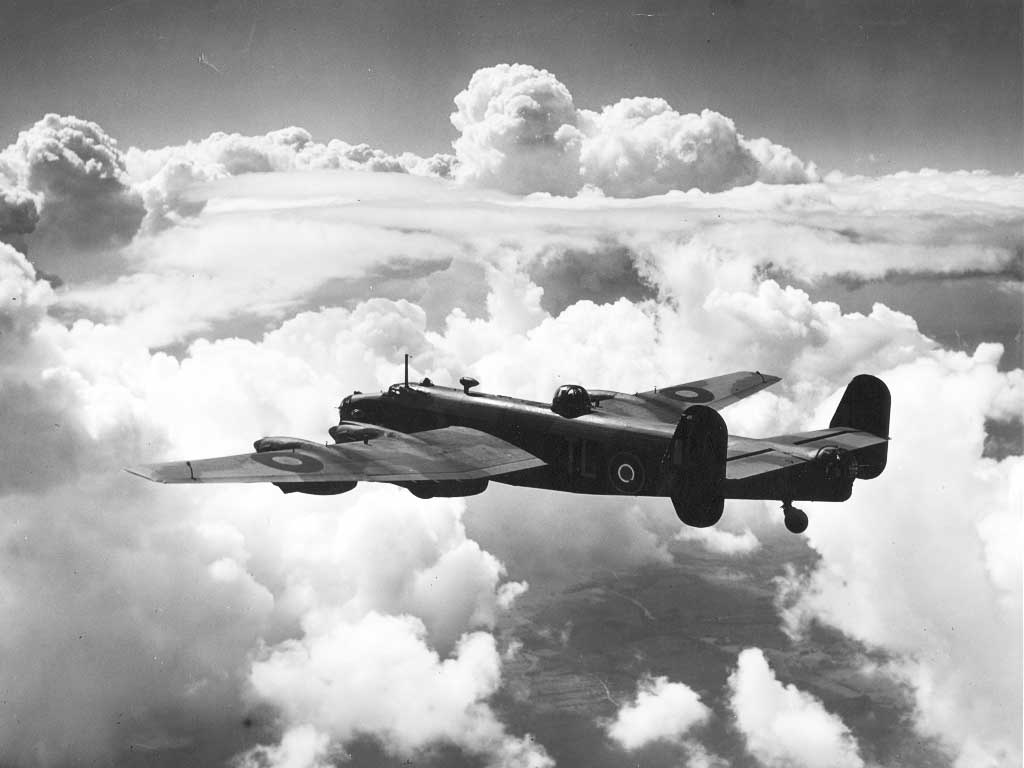 This year marks the 100th anniversary of Niagara-on-the-Lake’s iconic clock tower cenotaph. In recognition of the cenotaph’s century of service through two world wars and beyond, NOTL historian Ron Dale has been researching the stories of the people – all men – whose names are engraved on it. This is one in a series of stories to document and remember the sacrifices these combatants made.

The Royal Air Force and Royal Canadian Air Force tended to bomb at night from lower altitudes while the U.S bombed during the day from higher up.

The Germans had armed key points guarding factories, cities, ports and other important positions with a great number of anti-aircraft guns that could fire a hailstorm of exploding shells, known as “flak,” at the waves of Allied bombers.

While the bombers had an array of machine-guns and cannons to defend against enemy fighters, their planes’ superior speed and manoeuvrability gave them an advantage.

The Germans flew squadrons of “night fighters,” aircraft specifically equipped to track and shoot down bombers at night.

When a bomber was damaged by flak or by being shot up by an enemy fighter, it was often still in good enough shape to return to England, even with an engine or two destroyed.

If the plane had been more seriously damaged, however, the pilot could order the crew to “bail out,” using their parachutes.

Survivors were usually captured by the enemy and incarcerated as prisoners of war. Some were injured while exiting the plane, knocked unconscious and unable to pull the ripcord to open the parachute. This may be what happened to John Unger.

Unger was born in Russia on June 21, 1921, oldest of the nine children of Peter and Elizabeth Unger.

In 1925, the family left Russia to take up land in Saskatchewan. Peter died in 1937 and Elizabeth brought the family to Niagara-on-the-Lake, renting a house on Paffard Street.

On Sept. 30, 1942, John Unger travelled to Hamilton and enlisted in the RCAF. He received initial training in Toronto before being sent to Calgary for several months to learn how to operate the “wireless” communications equipment on aircraft.

After receiving certification, he was promoted to sergeant and then sent to an Air Gunnery School in Jarvis, Ont., completing that course on Sept. 20, 1943.

He was commissioned as a pilot officer (wireless/air gunner) and was sent first to Halifax and then to New York to embark. He arrived in England on Oct. 16, 1943.

For the next eight months Unger received additional training as a bomber air crew member before finally being assigned to an active unit, 420 Squadron, RCAF.

His squadron leader, Wing Commander McKenna, explained in a letter to John’s mother that “he carried out numerous attacks from this country to various targets. As a wireless operator he proved his skill and determination to press home his attack. His coolness under fire and ever cheerful manner made him a popular member of the squadron….”

The plane made a successful run but was attacked by a German night fighter afterward. Their plane heavily damaged, some of the crew members were able to bail out of the stricken aircraft.

The pilot and three other crew members didn’t make it out in time and were found in the wreckage of the plane at Estorp, Germany.

Three crew members were able to parachute to safety but were taken prisoner by the Germans. Unger was not numbered among the dead found in the crash or the crew captured after their parachute descents.

His body was found in Spreckiens, several miles from the crash site on Aug. 3, and buried nearby. In 1946, the Commonwealth War Graves Commission exhumed Unger’s body for reburial in the Becklingen War Cemetery in Germany.

It was noted that his body was crushed but still clad in an RCAF tunic with his identity disc intact. He had been buried with a “parachute – (not opened).”

Unger is commemorated on the memorial clock tower cenotaph on Queen Street.

Letter to the editor: “Yours, well fed and content”

Letter to the editor: How much tourism is enough?