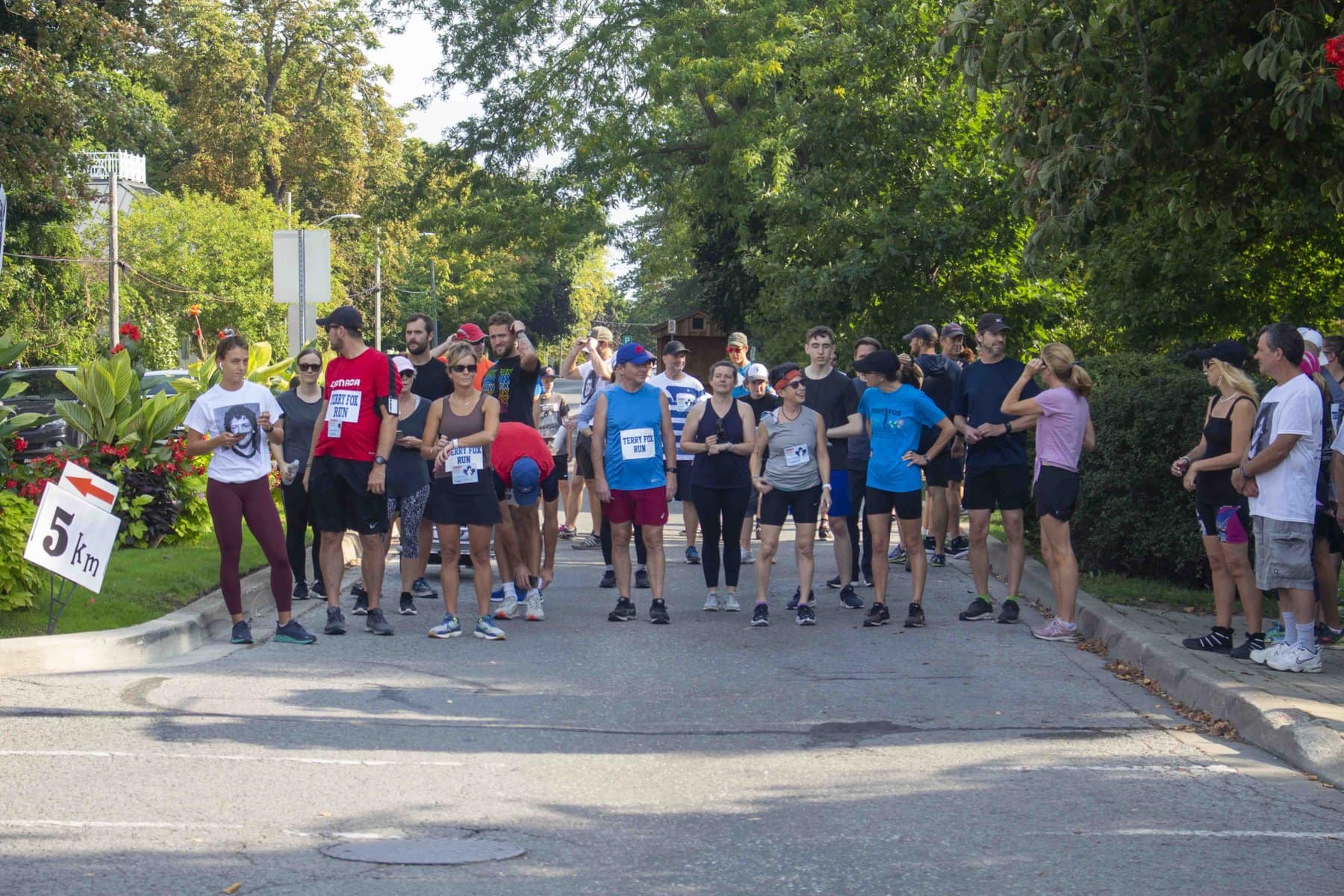 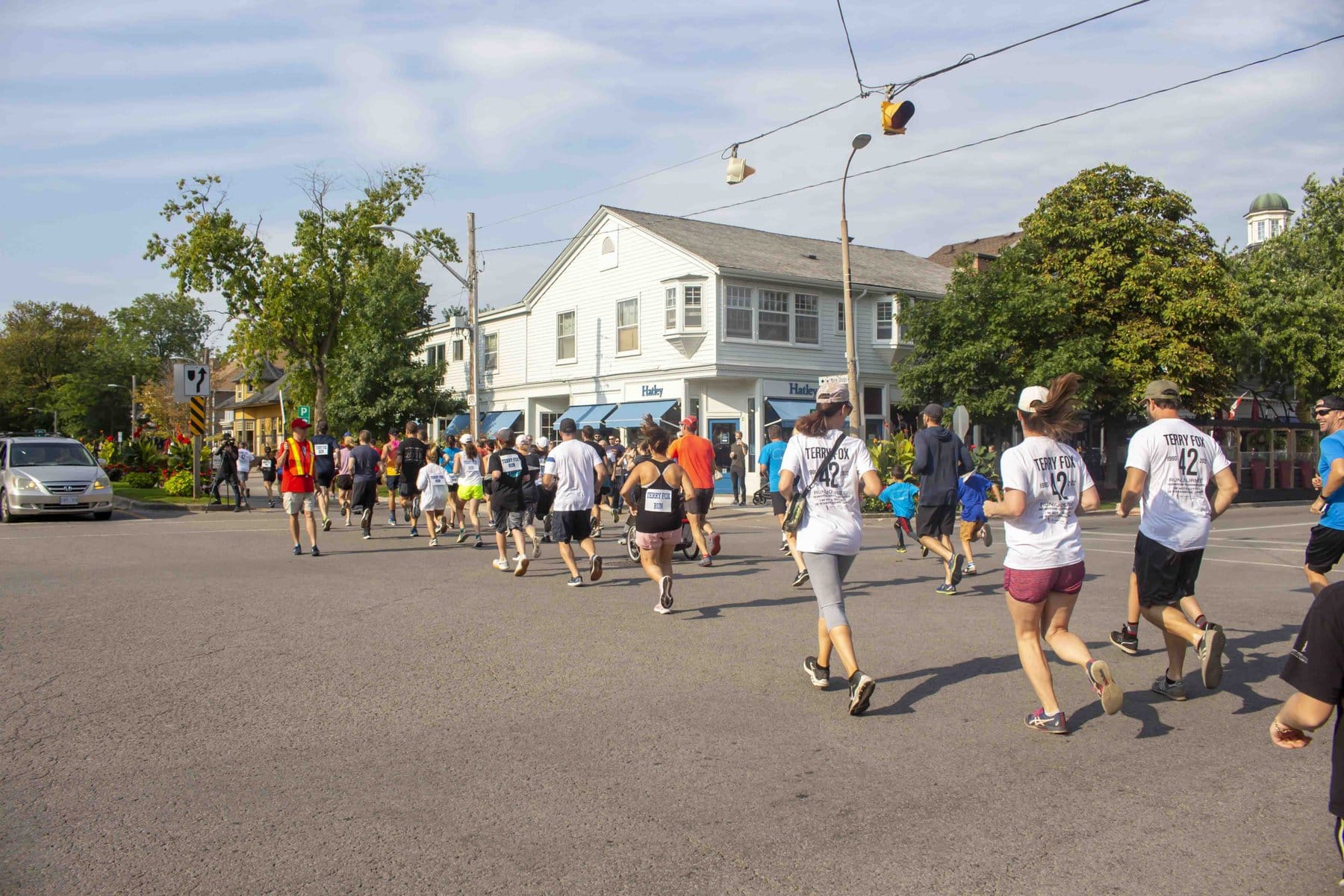 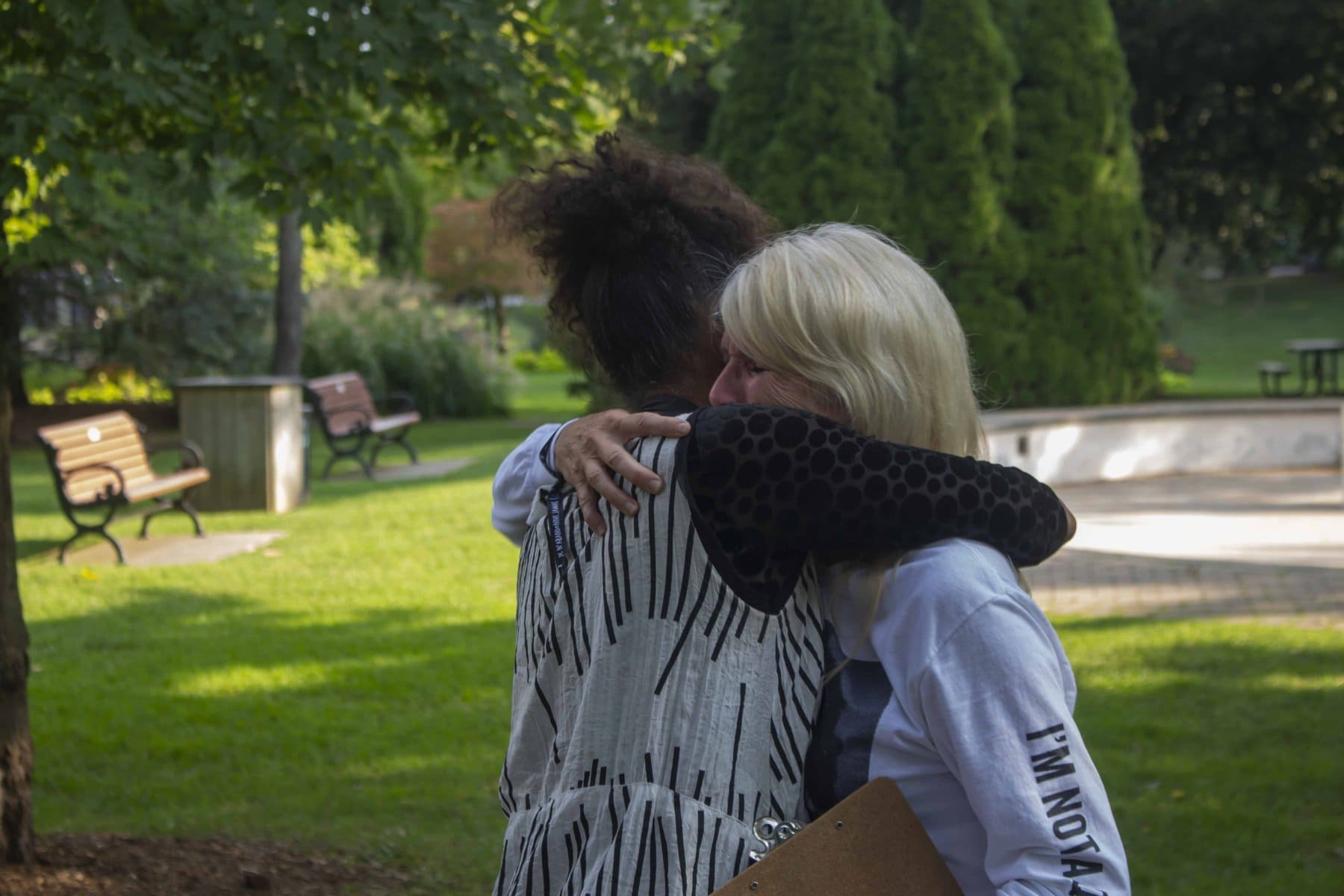 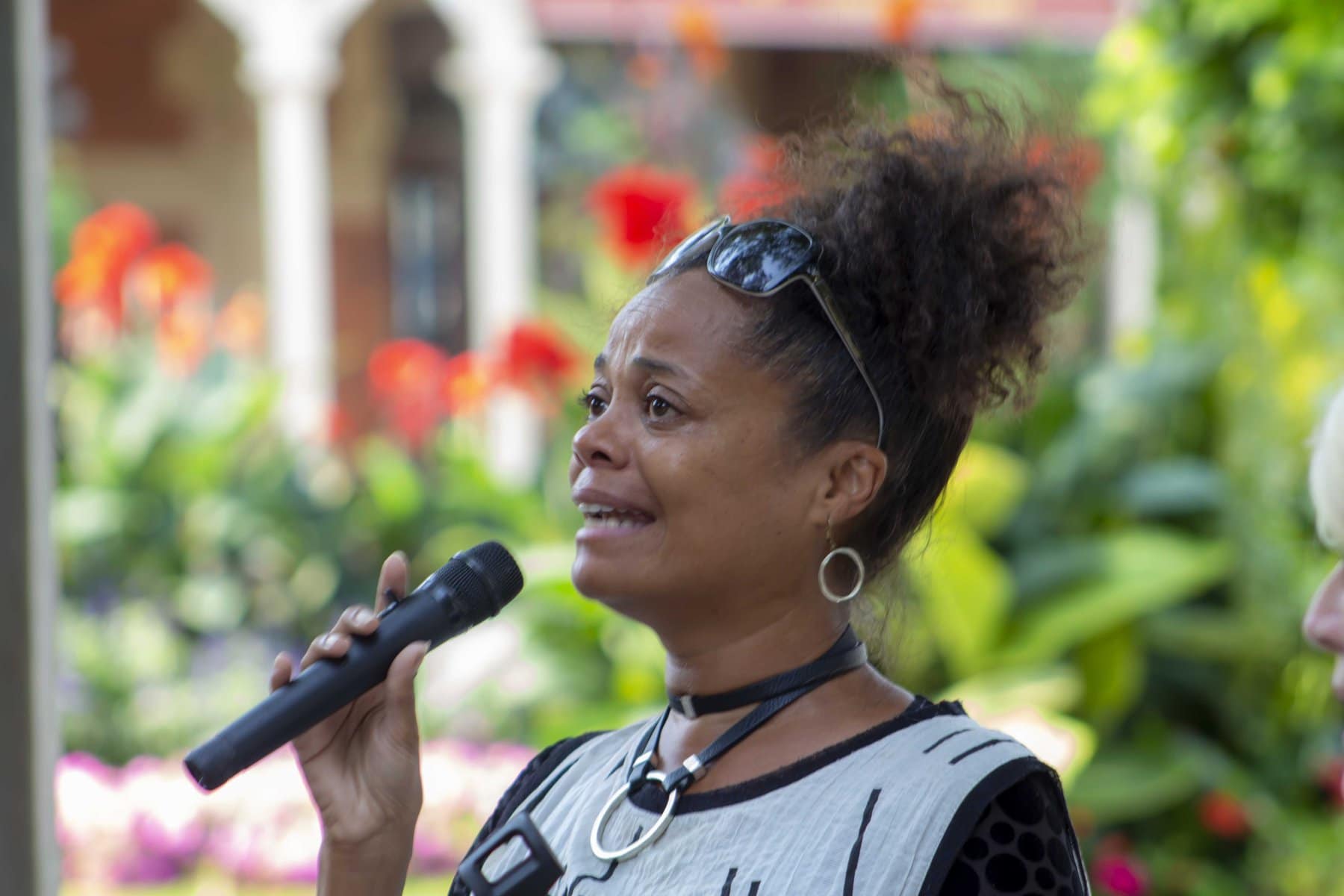 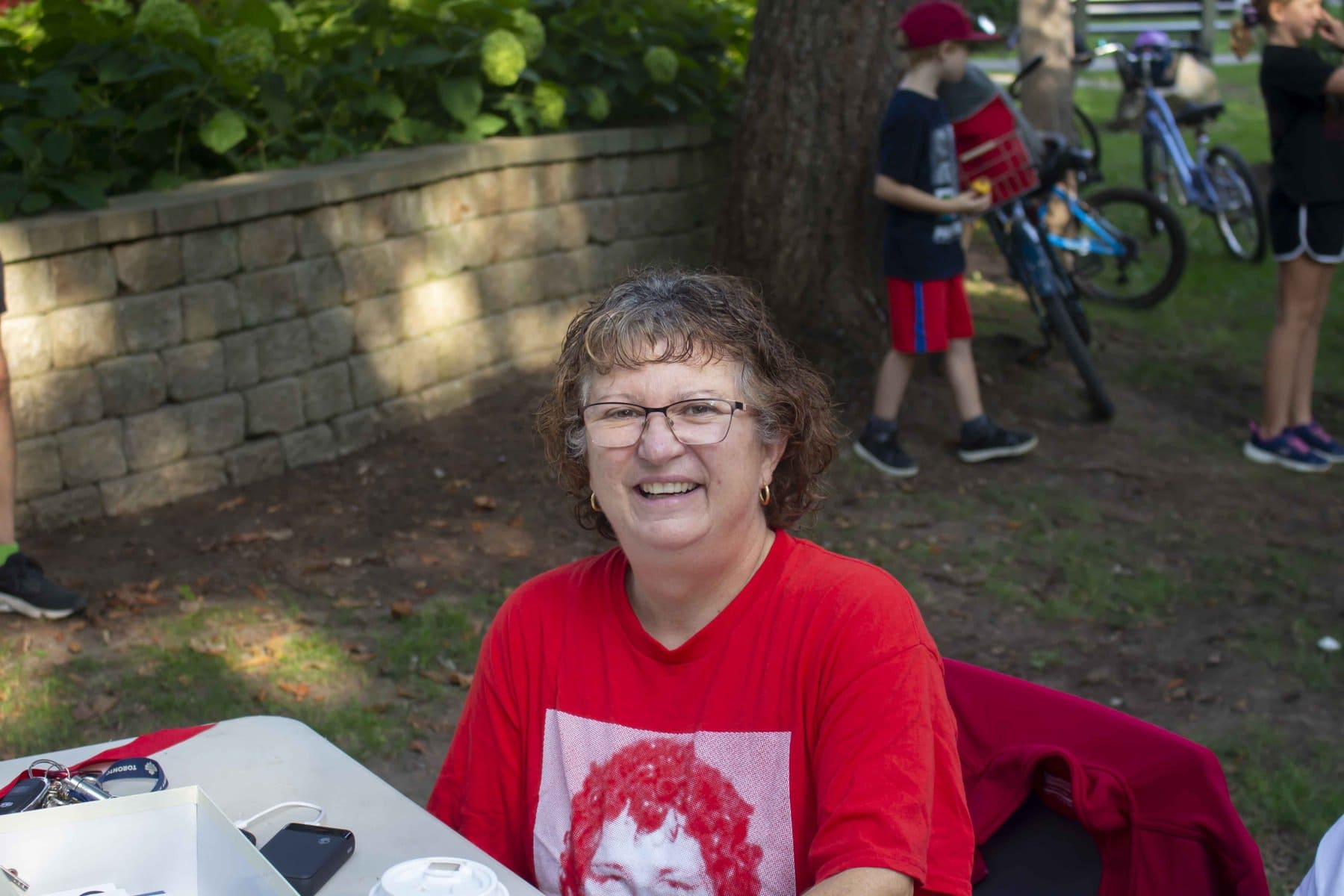 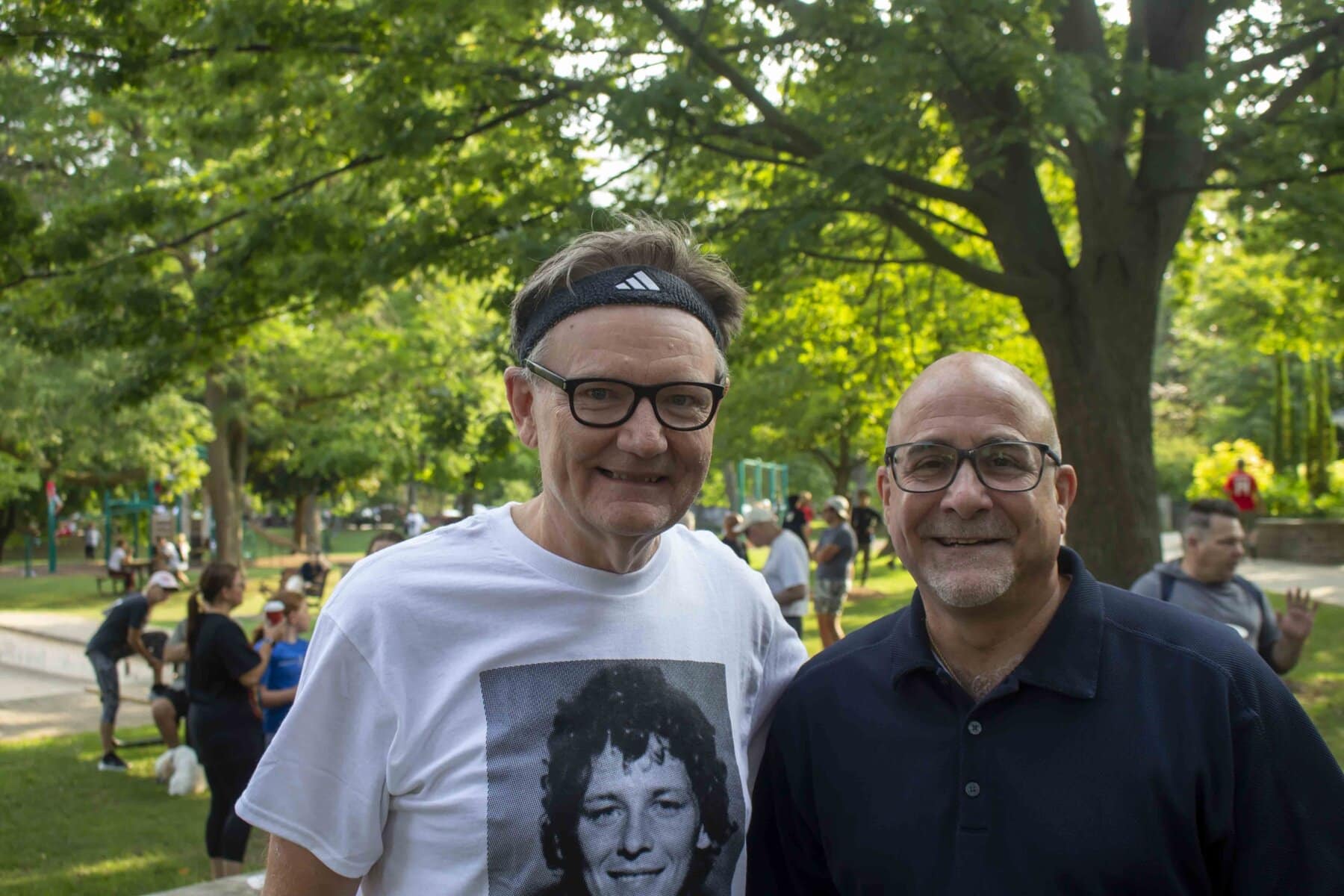 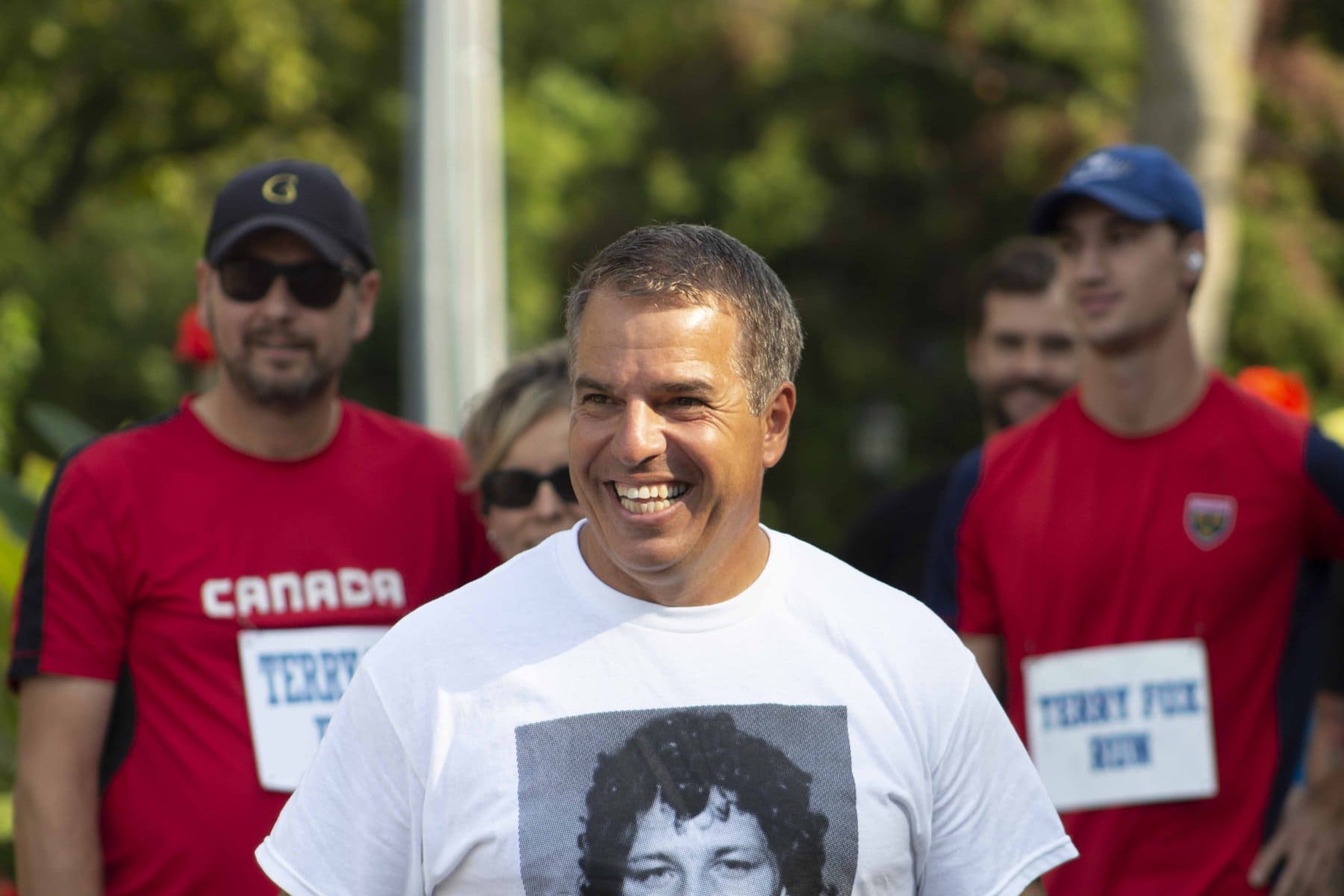 People at the Terry Fox Run were united by the man’s inspirational character when they came to Simcoe Park Sunday morning.

“It’s very inspirational to see everybody coming out and supporting such a worthy cause,” run organizer Joan King said in an interview.

The slogan for this year’s run was “I’m not a quitter” and there were no quitters among the Niagara-on-the-Lake crowd.

Hopeful as they were, many participants came to the run with harrowing survival stories.

Stephanie Fast was there with her two children, one of whom is a survivor of kidney cancer.

Her daughter Evabeth was in kindergarten when she was first diagnosed. That was in 2017.

“It basically feels like we’ve been in lockdown since her diagnosis,” Fast said in an interview.

She described the experience as “scary and terrifying.”

She learned there was little research being done on child cancers and her doctors were short of answers when Evabeth started treatment.

“At one point they told us it was bad luck,” she said.

Fast saw the Terry Fox monument in Thunder Bay during a family trip the same year her daughter was diagnosed.

She describes the sight as so powerful that it moved her to tears.

“And then that fall she was diagnosed,” Fast said.

Musician Juliet Dunn, co-founder of the Niagara Jazz Festival, was on hand  to sing “O Canada.”

She shared an emotional hug with King.

Dunn was still mourning the death of her husband Peter Shea, who died of prostate cancer in August.

She was visibly shaken during her performance of the anthem as the crowd joined in.

A crowd of orange-clad students from Crossroads Public School was there as well to cheer on runners and bikers like Fast and her family.

After the bicyclists took off, it was time for the runners to catch their stride.

Bill Pristanski, former chair of the Terry Fox Foundation, took his place at the head of the herd with comedian and fundraiser Joe Pillitteri as they stretched out their legs for the run.

Pillitteri usually runs, but this year he decided to walk the five kilometres with his family.

“I remember when running this thing as fast as I could felt like what I was supposed to be doing and this year I was just kind of like, look at me not sore,” Pillitteri told The Lake Report.

He has been participating for years and estimated he will raise between $80,000 and $90,000 this year once all his Team Pillsy fundraisers wrap up.

Pillitteri enjoyed the walk but thinks he will run next year.

“Every time I think a 5k run is hard I think about Terry Fox running a marathon every day with an artificial leg,” he said.

This year alone, Pristanski has raised over $40,000 so far and expects he will top $1 million next year.

Volunteer Carol Dyck is a survivor of colon cancer and has been volunteering for the run for 11 years.

While she doesn’t run, she’s there every year to help people register.

She gets teary-eyed when she talks about her bout with cancer.

“It’s tough when you first get diagnosed with cancer,” Dyck said in an interview.

“All you think about is oh my God, I’m gonna die.”

Dyck had 12 chemo treatments and had part of her large intestine removed.

She was also treated for lung cancer after her doctors found the cancer had spread.

But now, she is happy to say she has been cancer-free since December 2021.

The first runners finished the course in about 30 minutes.

Volunteers handed out bottles of water to the participants as they sat back to take a breather and stripped off sweaters in the rising temperature.