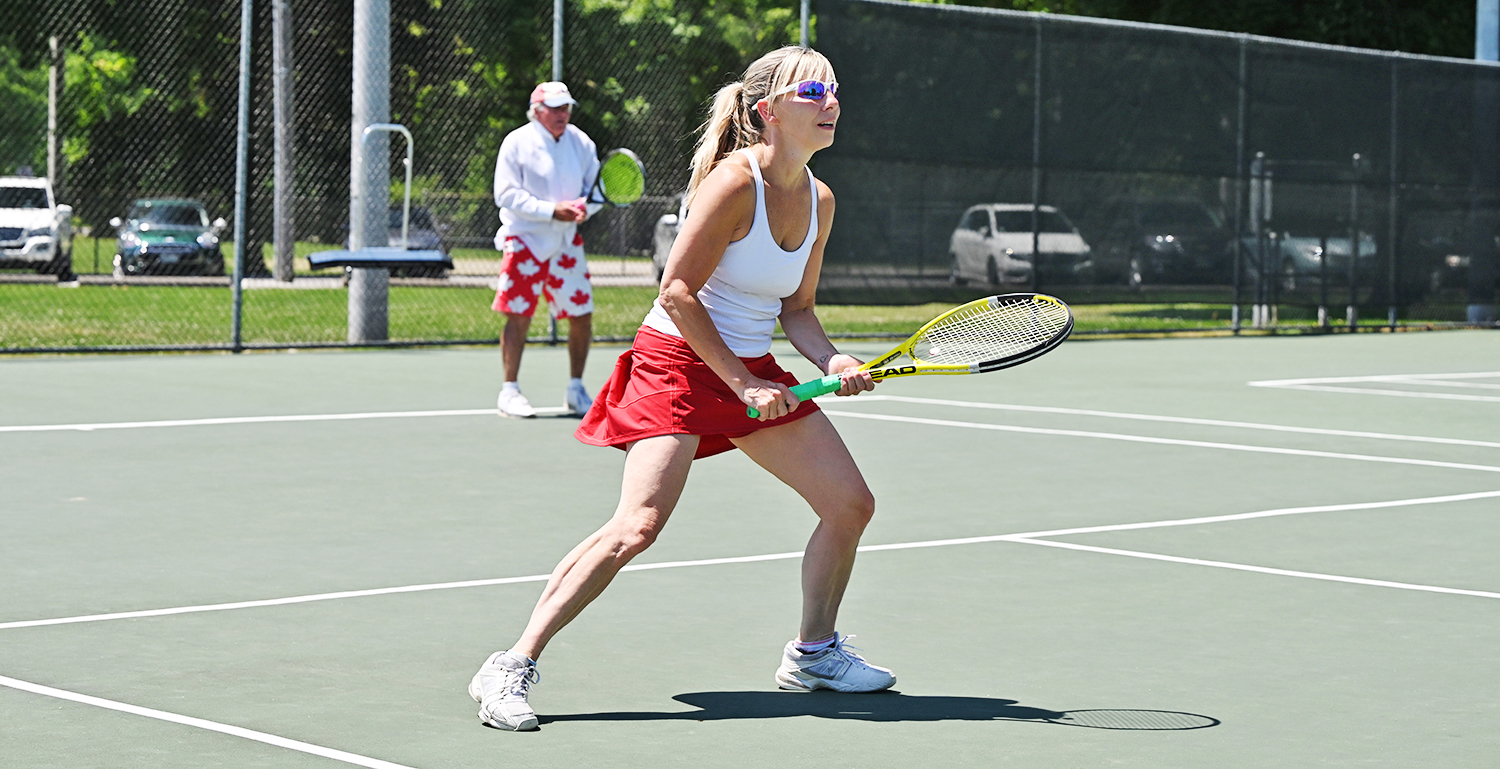 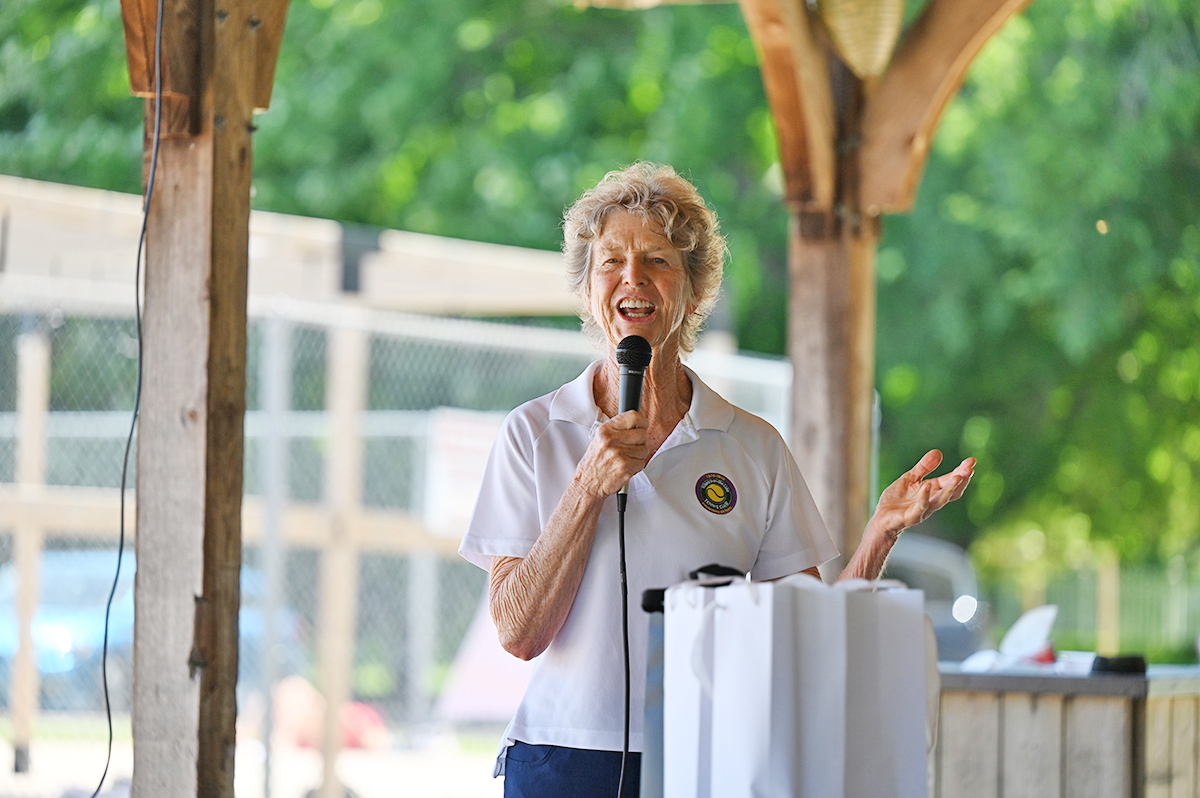 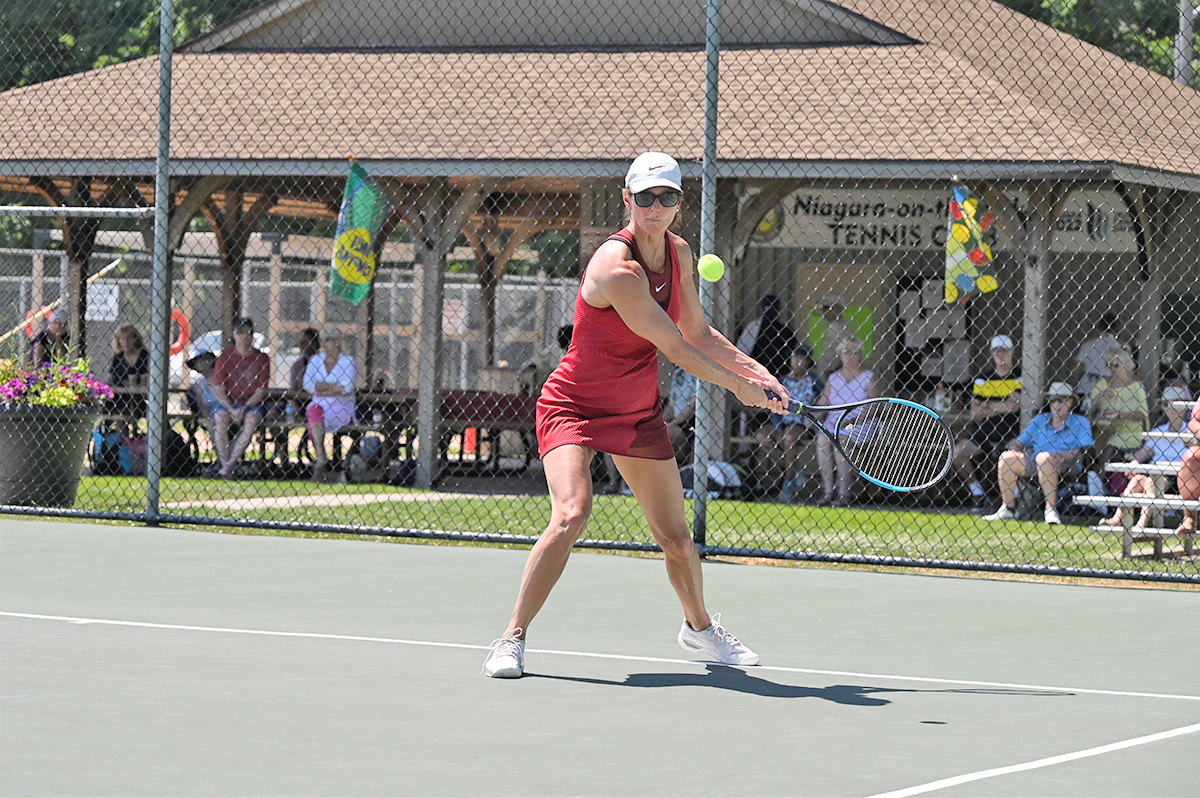 The Niagara-on-the-Lake Tennis Club hosted its mixed doubles tournament on June 25, a tradition going back to the 1970s and the earliest days of the club.

“As is the case with all the club’s events, the tournament was infused with a spirit of camaraderie and friendship.”

“It was McIlhone’s fourth time to capture the Donnelly Trophy,” said Dow.

And in the B division, Lake Report columnist Ross Robinson placed first along with Karen Rhind.

Robinson had previously won the Realty Trophy in 2015, Dow added.

Consolation honours for the B division went to Mary Towndrow and Peter Rider.

For Dow, the tournament was a chance for the club to display its inclusive and welcoming spirit.

“Players who are new to tennis, or new to Niagara-on-the-Lake, partnered others who are veterans of the game or longtime residents,” he said.

Dow thanked the organizers for the tournament’s smooth operations.

“The weekend event was impeccably organized by two of the club’s board members, Marilyn Francis and Rosemary Goodwin, assisted by a team of very enthusiastic volunteer club members,” he said.

Dow said the tournament was scheduled earlier than usual this year due to a planned resurfacing of the courts in time for the Canada Summer Games. There will be a competition each day from Aug. 7 through 13, with each province represented by a team of eight players,” he said.

“The local club is providing much of the volunteer power for the event and is hoping to create a very positive impression of our town with the players, coaches, officials, visitors, media and dignitaries who will assemble here.”

Shaw’s ‘This Is How We Got Here’ explores universal emotions