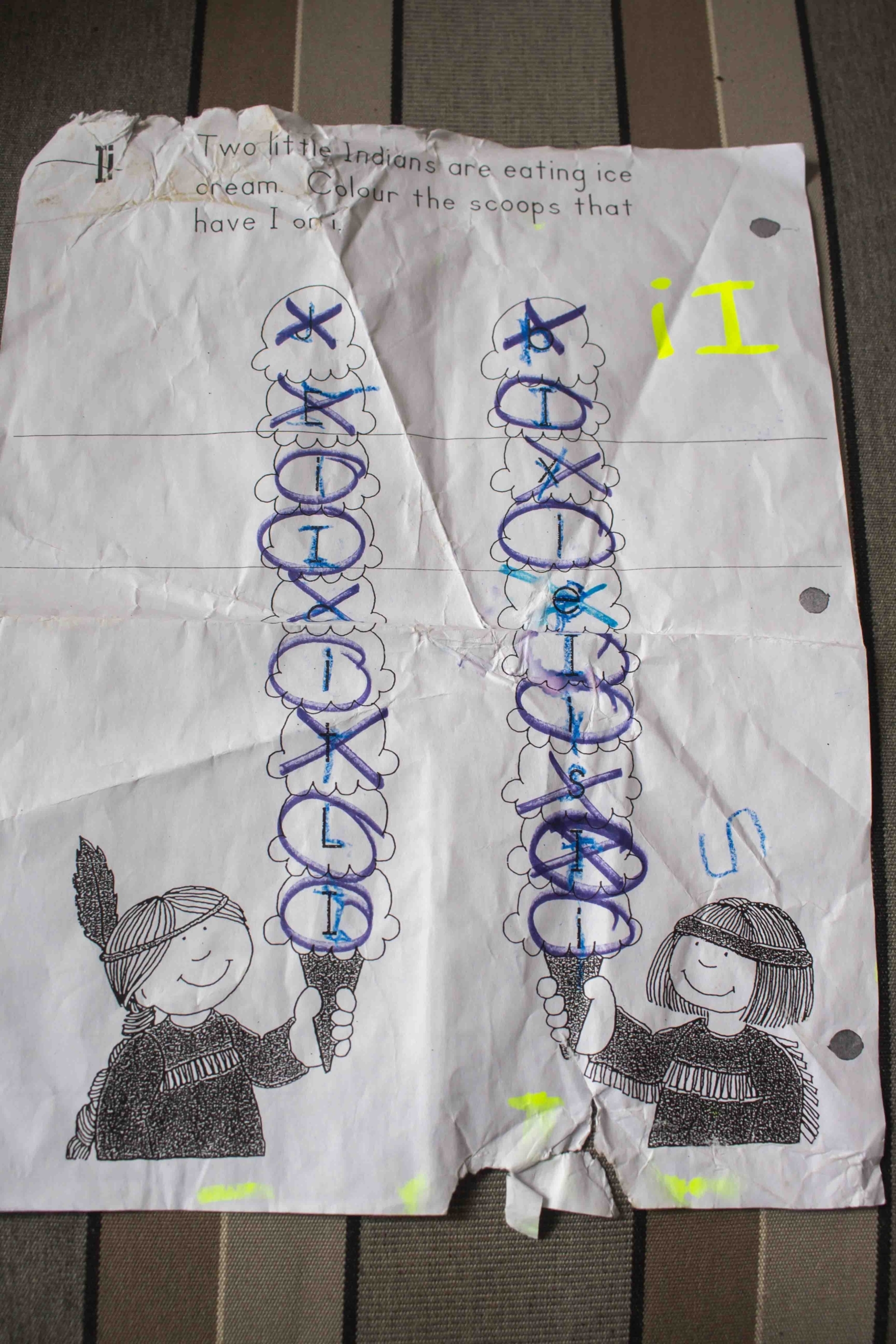 The District School Board of Niagara is in the hot seat after a kindergarten teacher from St. Davids Public School shared a racist handout with her students.

Niagara-on-the-Lake resident Tracee Smith discovered the offensive handout crumpled up in her four-year-old son Ekkian’s backpack when he came home from school on Monday, Sept. 19.

“You go through a little bit of emotions very quickly,” Smith said.

At first she rolled her eyes and then she wanted to throw up her hands.

The goal of the activity was to identify the letter “I” in each scoop of ice cream.

Smith is Oji-Cree and a member of the Missanabie Cree First Nation.

She is also the founder of a youth outreach program called Outside Looking In, which encourages Indigenous students to stay in school by allowing them to participate in a dance program for high school credit.

“I know, in my work, teachers don’t get enough exposure to Indigenous issues,” she said in an interview.

She said she understands that people make mistakes, but the teacher presumably photocopied the paper almost 25 times, read it with her students and still didn’t realize how racist the handout was.

“It never should have happened in the first place,” said Director of the Niagara Regional Native Centre, Karl Dockstader.

Dockstader was shocked because “That school is a five minute drive from the native centre,” and has access to resources.

“I’m sure I’ll be the only parent that brings this up, but I wish I wasn’t,” Smith said.

The handout was not an approved part of the school curriculum and was brought in as supplementary material by the teacher.

“Teachers have the professional judgment to bring in learning resources into their classroom,” the board’s communications co-ordinator Kim Sweeney told The Lake Report.

Georgie Groat, the leader of Indigenous education for the District School Board of Niagara, said many educators “are doing some really fantastic things,” but it will “(take) time to filter down to all teachers.”

Smith was worried that it was “clearly not trickling down to the teachers.”

She was less interested in seeing her son’s teacher punished and instead wants the affair to be a learning opportunity.

“What are you going to do to support (the teacher) so that she doesn’t need to get disciplined again,” Smith asked.

Groat said the board provides personal and professional development sessions and courses for teachers, including one on teaching First Nation, Inuit and Metis children.

This course is always full, and always on a waiting list, he said.

“Staff at St. Davids will receive professional development that will focus on decolonizing their practice,” said Sweeney.

The training will help to “shed light” on implicit biases, stereotypes and Indigenous issues, she said.

Dockstader says the indigenous education team in Niagara is “small enough” and can’t get into the “hundreds of schools” to help support the “thousands of students in the region.”

He agrees with the need for mandatory training in indigenous education and said “if you’re going to be teaching in a classroom, then you need to have exhaustive indigenous sensitivity.”

Sweeney would not disclose the disciplinary procedures the teacher is facing, but she has been absent from school since Wednesday.

Letter: Learned a lot from expert’s viewpoint on ward system