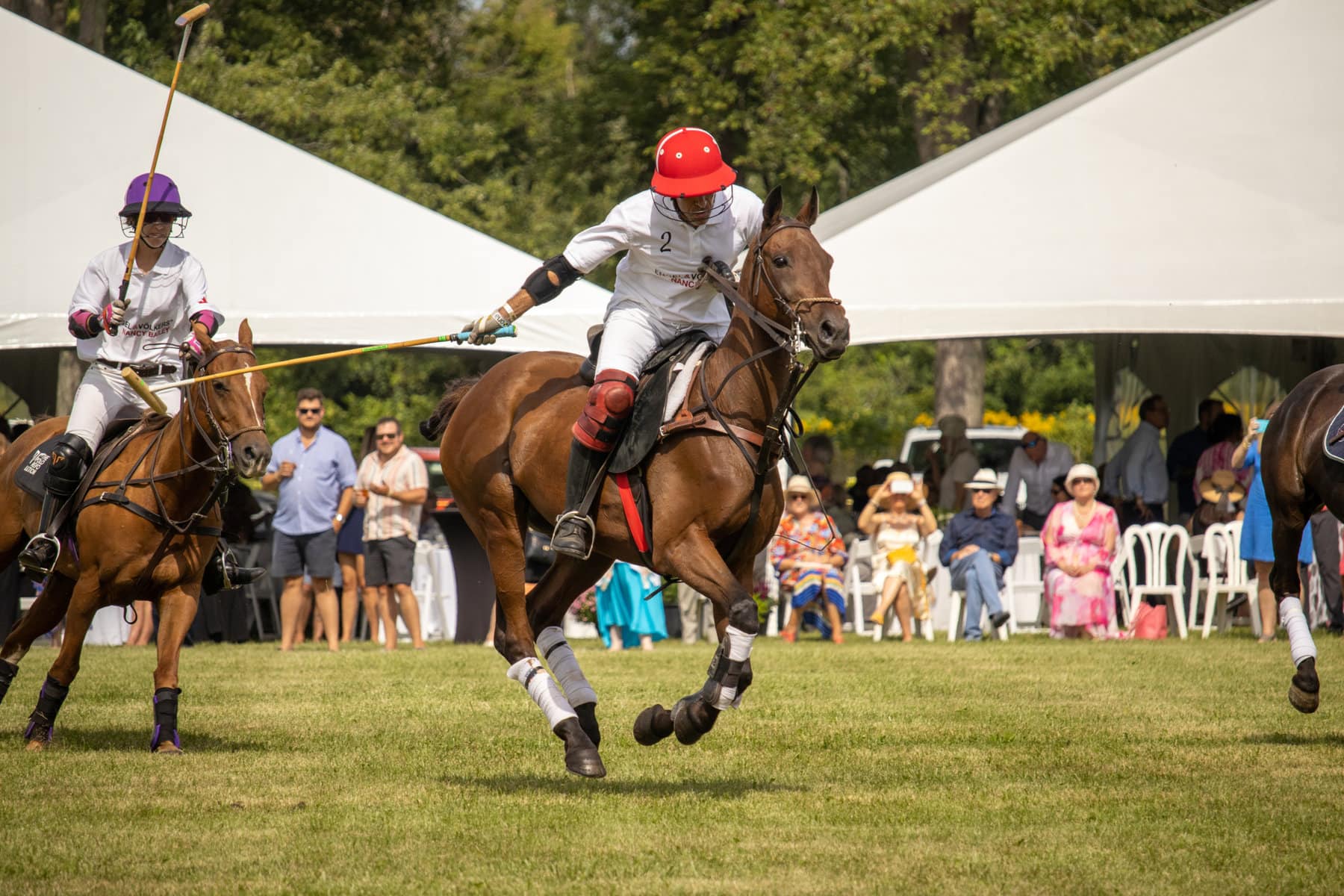 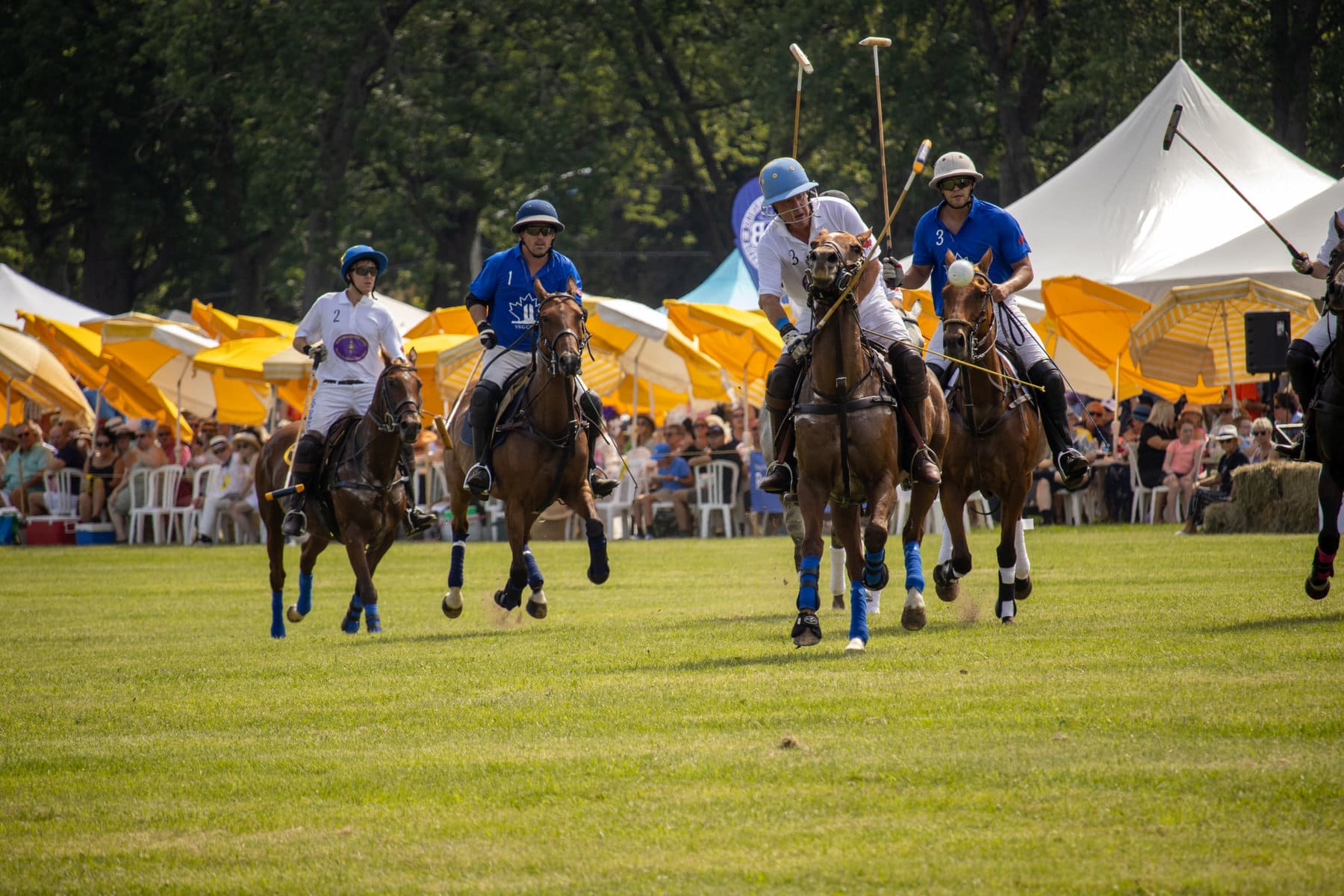 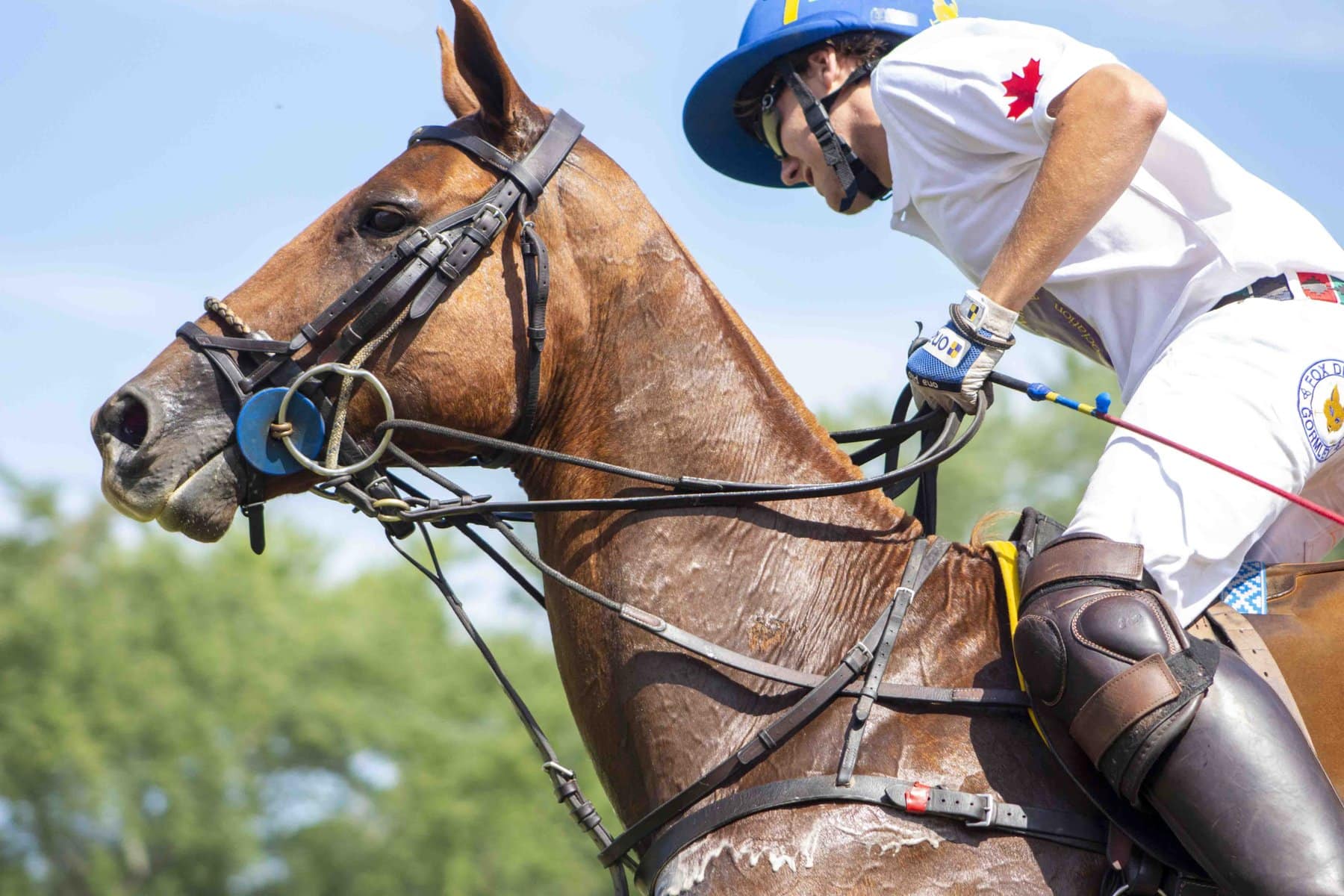 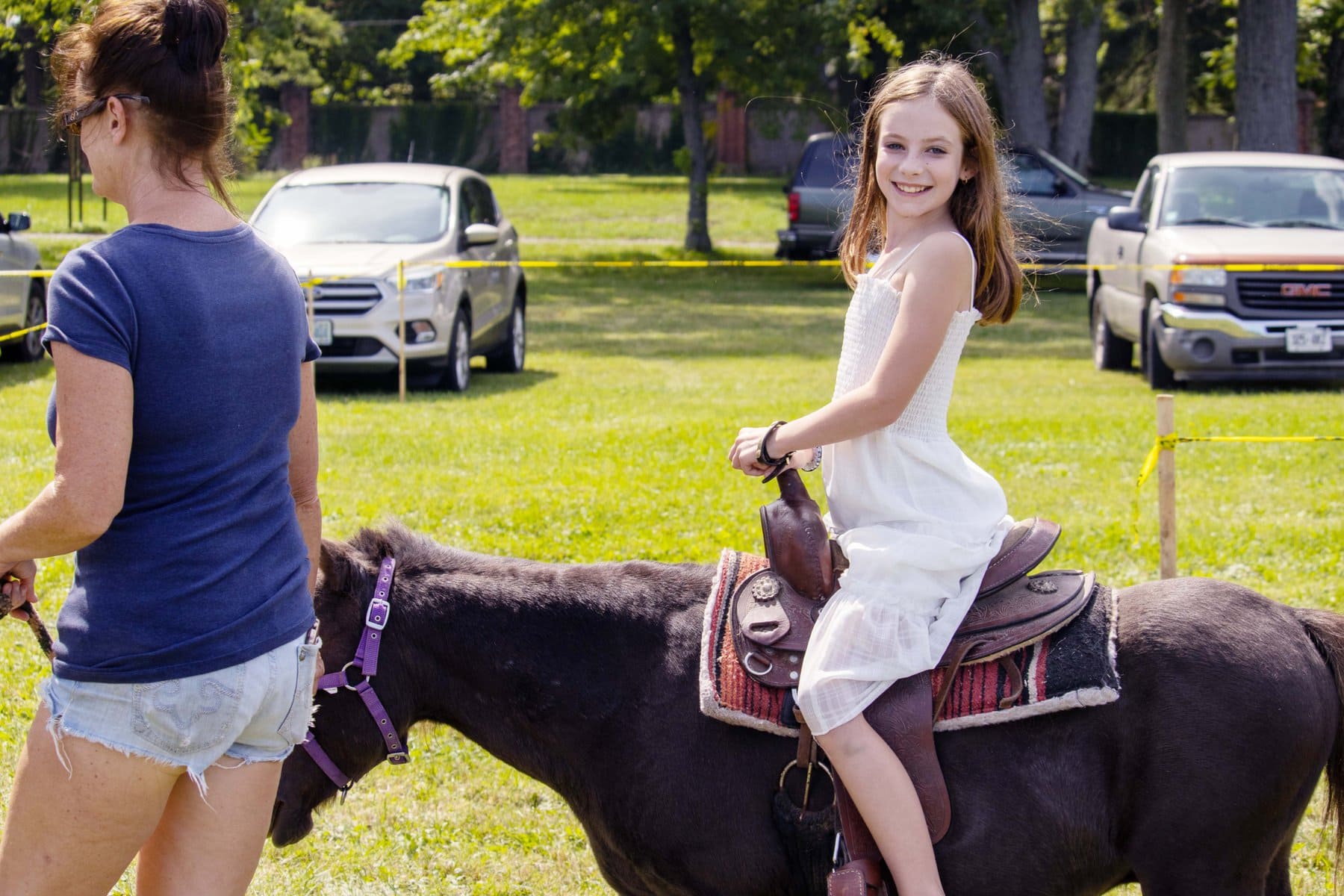 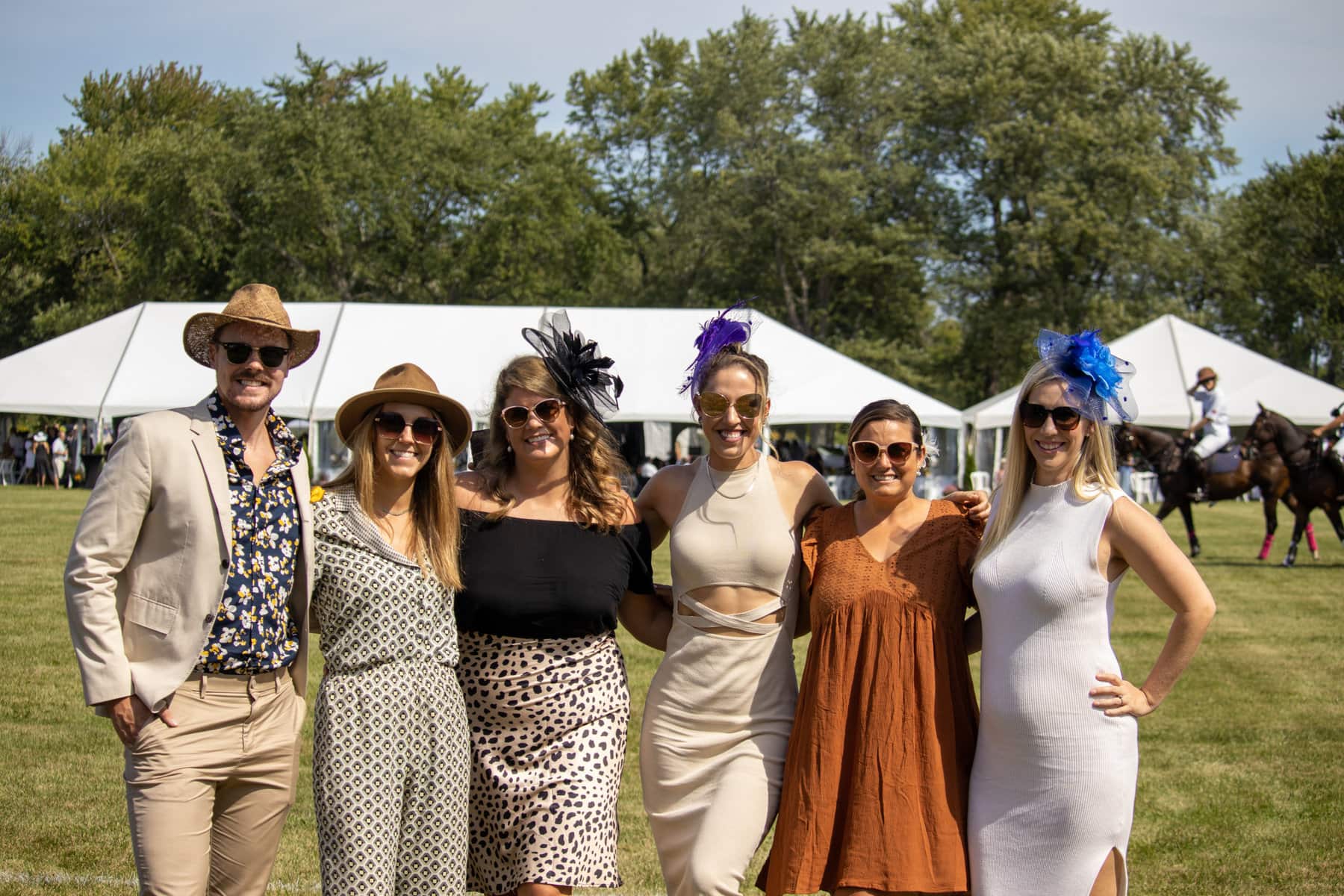 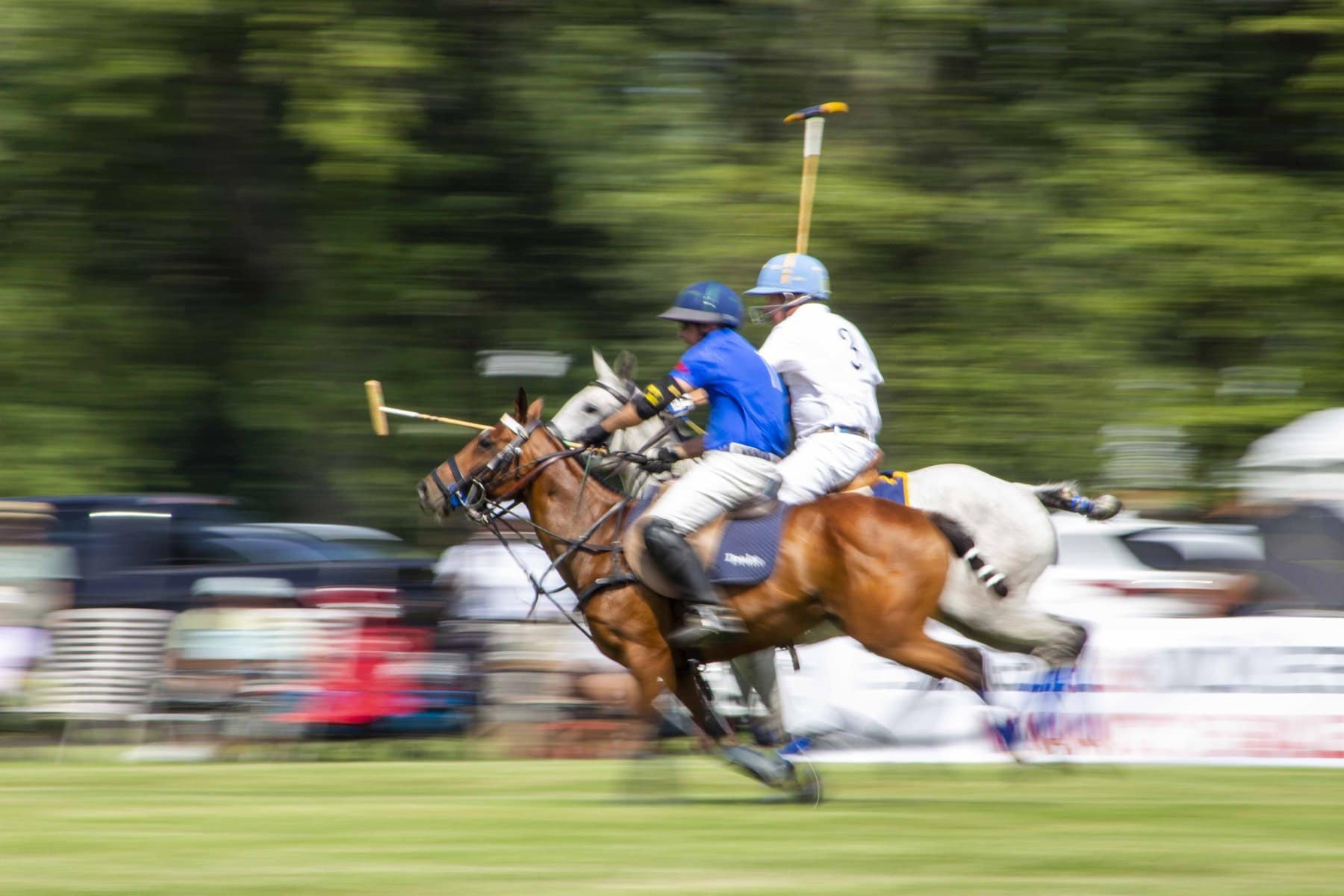 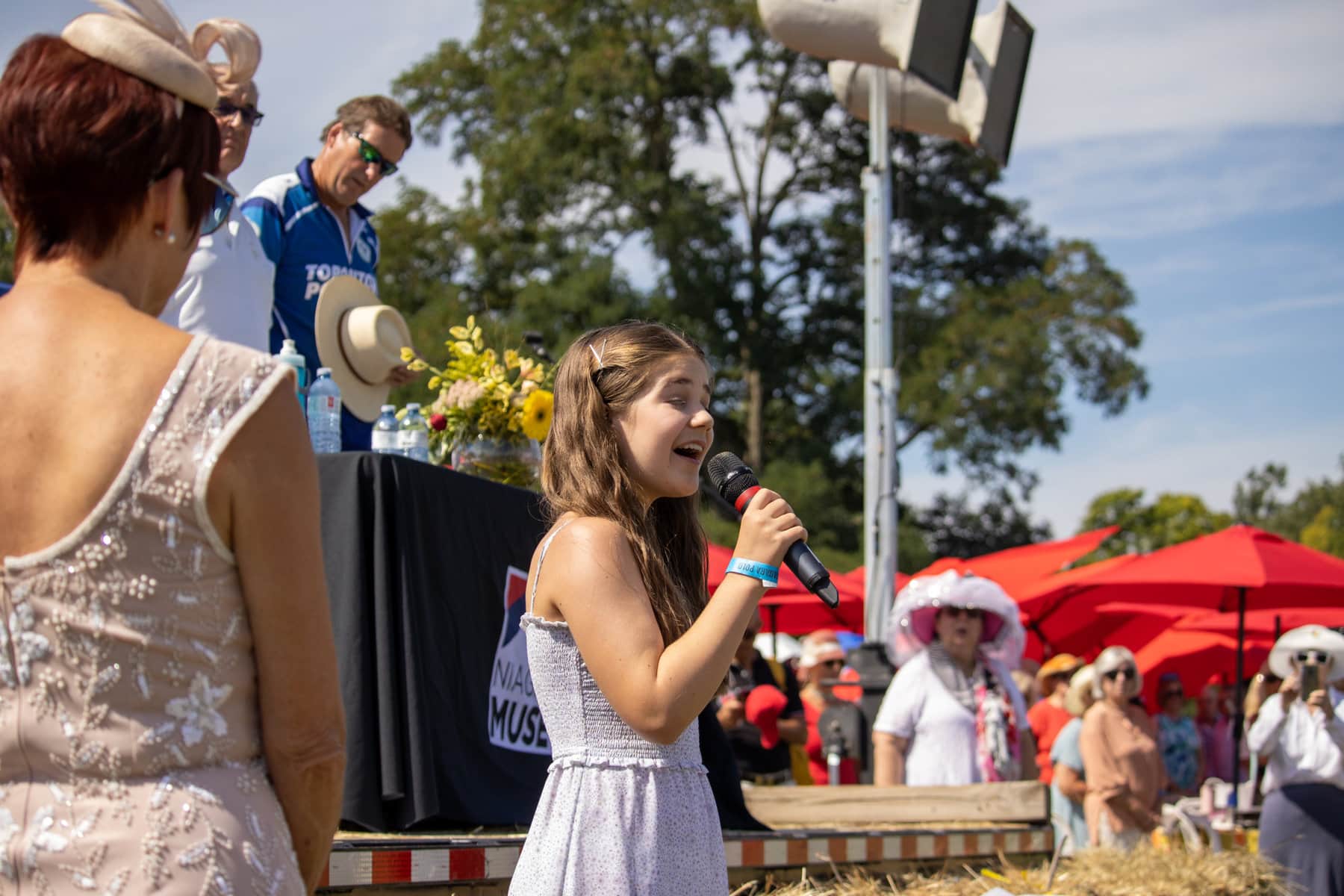 The heat didn’t stop anyone from enjoying the long-awaited return of polo to Niagara-on-the-Lake’s historic Commons on Saturday.

Hundreds of men and women were decked out in colourful, elaborate hats and finery as they milled about the Commons while the horses were being saddled and prepared for the day’s matches.

The Niagara Polo gathering was a community fundraiser and is expected to raise as much as $50,000 for the NOTL Museum, a crucial cash infusion for the organization.

Alaina Hillier and Jeff Bignell celebrated their third date together at the last polo match in 2018.

“We’re trying to do this as a biannual tradition,” Hillier said as they returned Saturday.

This year marked four years since polo was last played at the Commons, which was postponed in 2020.

The Commons’ history dates back to the 1800s, when it was used as a military training ground.

“The reason that we do polo here is because they used to do polo for training of the cavalry troops, and it was the King’s Dragoon guard,” said Sarah Kaufman, manager and curator of the NOTL Museum.

“And so the polo would help them practise riding on their horse and holding their weapons,” she added.

Polo is not only about the matches on the pitch, but also the fashions – and headgear – of those who attend.

Mary Wardle caught the eye of many people with her flowery hat topped with an elongated, thin black feather. She’d never been to polo before, but thought it would be something different.

Hundreds of people walked around on the Commons. The 300 seats in a VIP tent were sold out, as were the 360 seats in the Rotary Lounge.

“We are a local group that loves to have fun. We bring people to a variety of activities, like polo,” said Penny Milligan, the organizer of the club.

The first polo match was nothing short of intense. VRG Capital went head to head with the Niagara Bed and Breakfast Association, who prevailed 5-3.

Later, as Niagara B&B’s Jen Buchan lined up at a vendor for food, she was beaming with excitement over her team’s victory. She was the only woman playing in that match.

“I wish more women played it,” she said.

“Honestly, on horseback, everyone’s equal. I can bump just as hard as any of the guys,” she added.

Though the ground was too hard to effectively do the popular divot stomp at half-time, the crowd still enjoyed mingling on the field, sipping some bubbly.

The team sponsored by Engel and Volkers realtor Nancy Bailey (the major sponsor of the entire day) faced Arterra Wines Canada in the second match, which ended in a 3-3 tie.

Polo might not be as popular in Niagara as other equestrian sports, like dressage, but there’s reason to believe it should be. It’s fast-paced, intense and a joy to watch.

“What makes it unique is that you’ve got a team sport on horses. So whereas a lot of horse sports are individual, polo is a team sport,” said Emily Hurst from the Toronto Polo Club as she tacked up a horse named Rambo, whom she was preparing to ride for a one-on-one demonstration.

Hurst was competing in the second match on the Engel and Volkers team with her two horses. Dino, a quarter horse from Canada, and Mago from Argentina, waited patiently at the trailer for their time to shine.

“There’s a ton of moving parts to make the game happen. And for everything to go right in the game, to get a goal you have to have your horse co-operating, other players have to pass you the ball or make the defensive play,” she said.

Polo consists of a team with four players. The number on their shirt is the position they play – however, each player must be flexible and be able to take on any position.

It’s much like hockey on horseback, Hurst told a polo news conference back in August.

Each match consists of four chukkers that last seven minutes. The goal is to score more points than the opposition.

“These horses each get exercise for 40 minutes a day, so they can play one seven-minute period,” Brian O’Leary told the crowd during the one-on-one demonstration.

O’Leary is the owner and operator of the Toronto Polo School at Bancroft Farm.

Volunteers dedicated many hours to make the day happen. The museum relies a lot on volunteer dedication, since it is a small non-profit organization.

The money raised will go toward operations at the museum.

“I think we will probably make about $50,000,” said Amy Klassen, director of finance and marketing at the museum.

“We have learned and grown as we’ve gone (on),” she said.

Members of the Toronto Polo club volunteered their time for the day, which was a huge favour to the museum, said Kaufman.

While this may have been the first polo match for some, judging by the sounds of all the laughter and enjoyment, it likely won’t be their last.

Voices of Freedom Park to open in September

On the tee: Eagen top dog at WOOFs