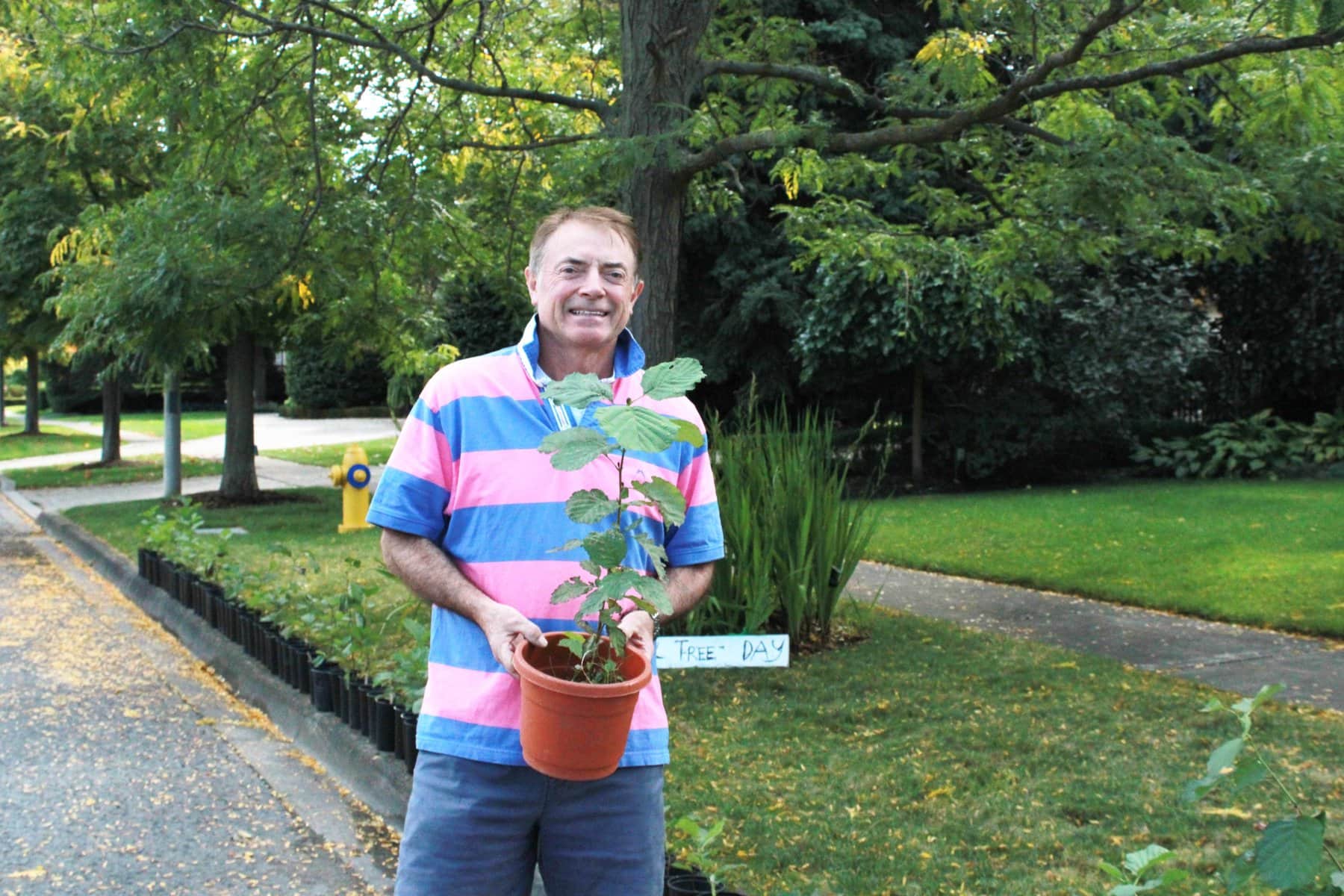 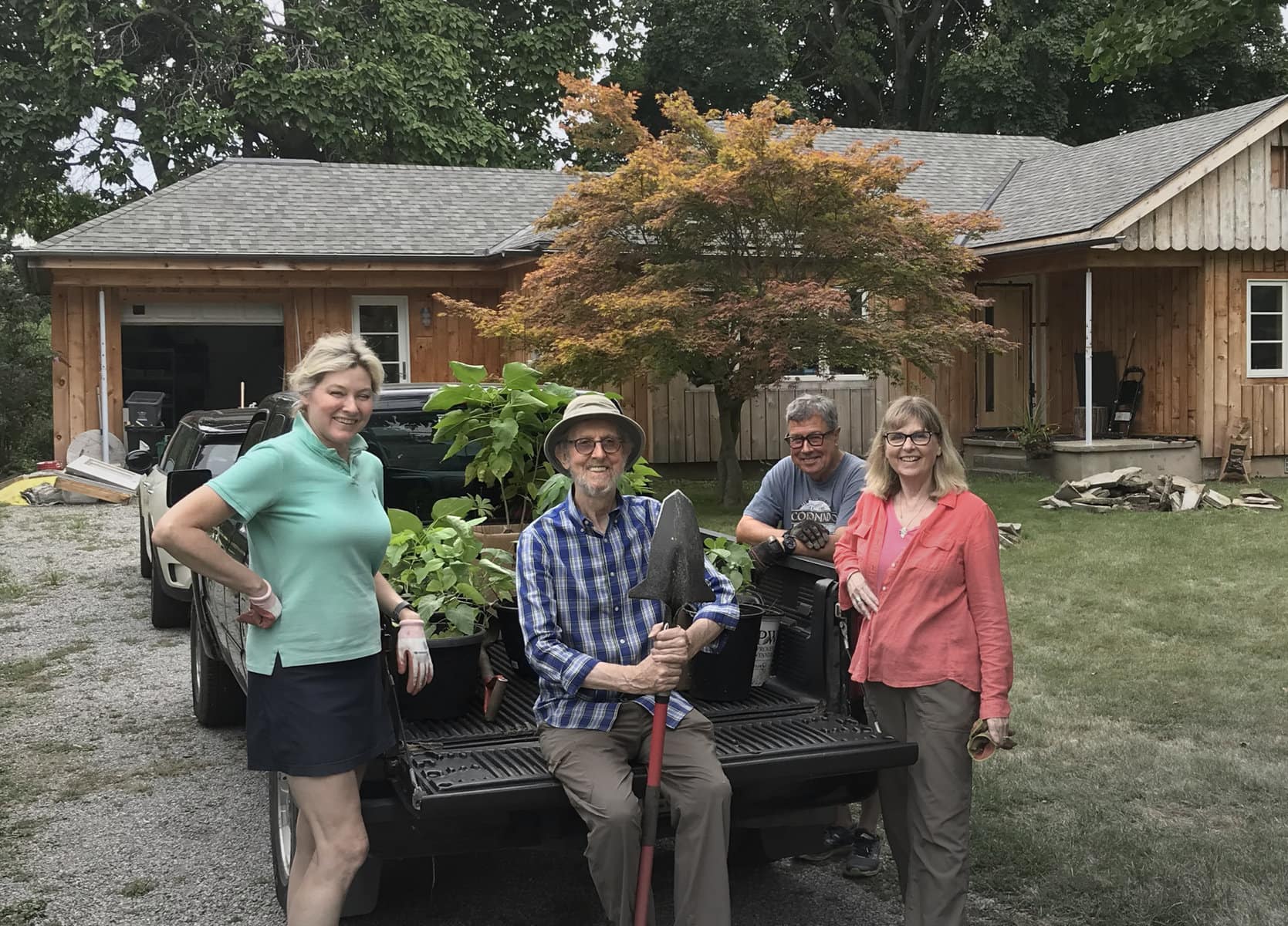 Roland Adams wants everyone to have a free tree – until he runs out, at least.

The Gage Street resident is one of a few people in Niagara-on-the-Lake giving away free saplings in celebration of National Tree Day, which was last Wednesday.

And outside Ruth Denyer’s home on Wilberforce Avenue, a few dozen catalpa saplings have been sitting in planters, waiting to move to a permanent home.

“This year’s tree giveaway is the biggest and most successful yet,” Adams said.

In collaboration with Tree Canada, an Ottawa-based charity that promotes tree planting across the country, Adams was able to pot 170 trees and leave them for free curbside pickup outside his home at 488 Gage St.

Denyer did the same.

She and a group of neighbours, including Julian Traschel, Holmes Hooke and Victor Tarnoy, dug the catalpas up from the property of Susan Dobson and Franc Petric on McNab Road.

Now, “they’re in pots, ready to be picked up for any takers,” Denyer said.

About a dozen were still available on Wednesday outside her home at 20 Wilberforce.

Tree Canada has projects all over the country to help fight against the world’s climate emergency.

“Our local effort is part of a really important national strategy to both look after Canada’s existing trees and plant millions of extra new trees,” Adams said.

So far, he’s given away about 60 saplings.

Even “visitors from as far as Owen Sound and Ajax” have stopped in to pick up a tree, he said.

And a resident from Shaw’s Lane in NOTL saw the trees and grabbed a few for his daughter, who is moving onto a three-acre lot in Niagara.

“So our trees solved her immediate need for some young trees.”

Adams’ freebie trees are mainly alders, along with some maples, oaks and ash.

“Alder is a faster-growing species, so ideal to plant in response to the climate emergency.”

The saplings are small, “but with a little nurturing, they are viable and will do all the good things trees do.”

Tree Canada accepts donations through its website, treecanada.ca, which includes information about its programs to plant more trees across the country.

Police lay charges in ‘historic’ sexual assault, believe there may be additional victims