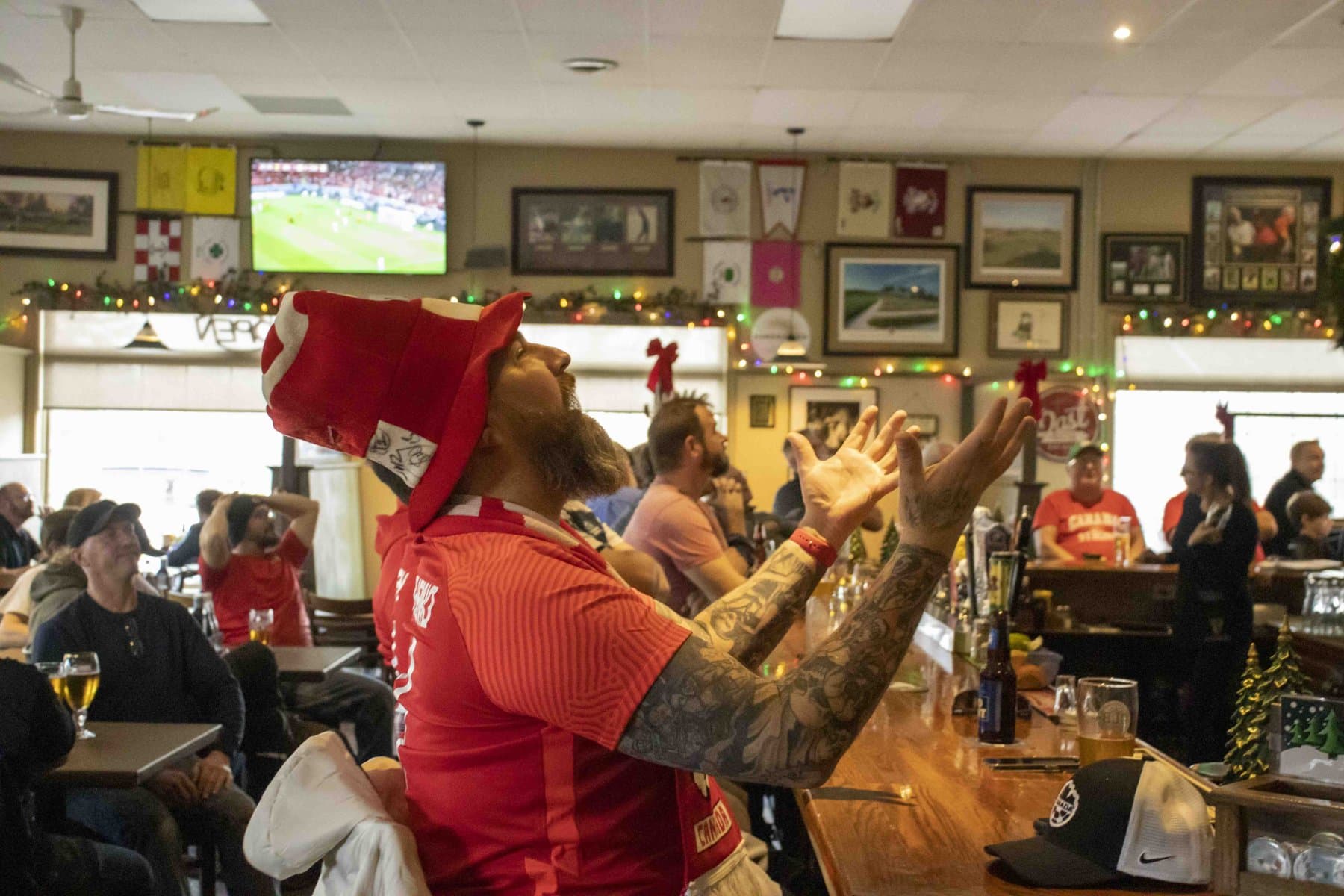 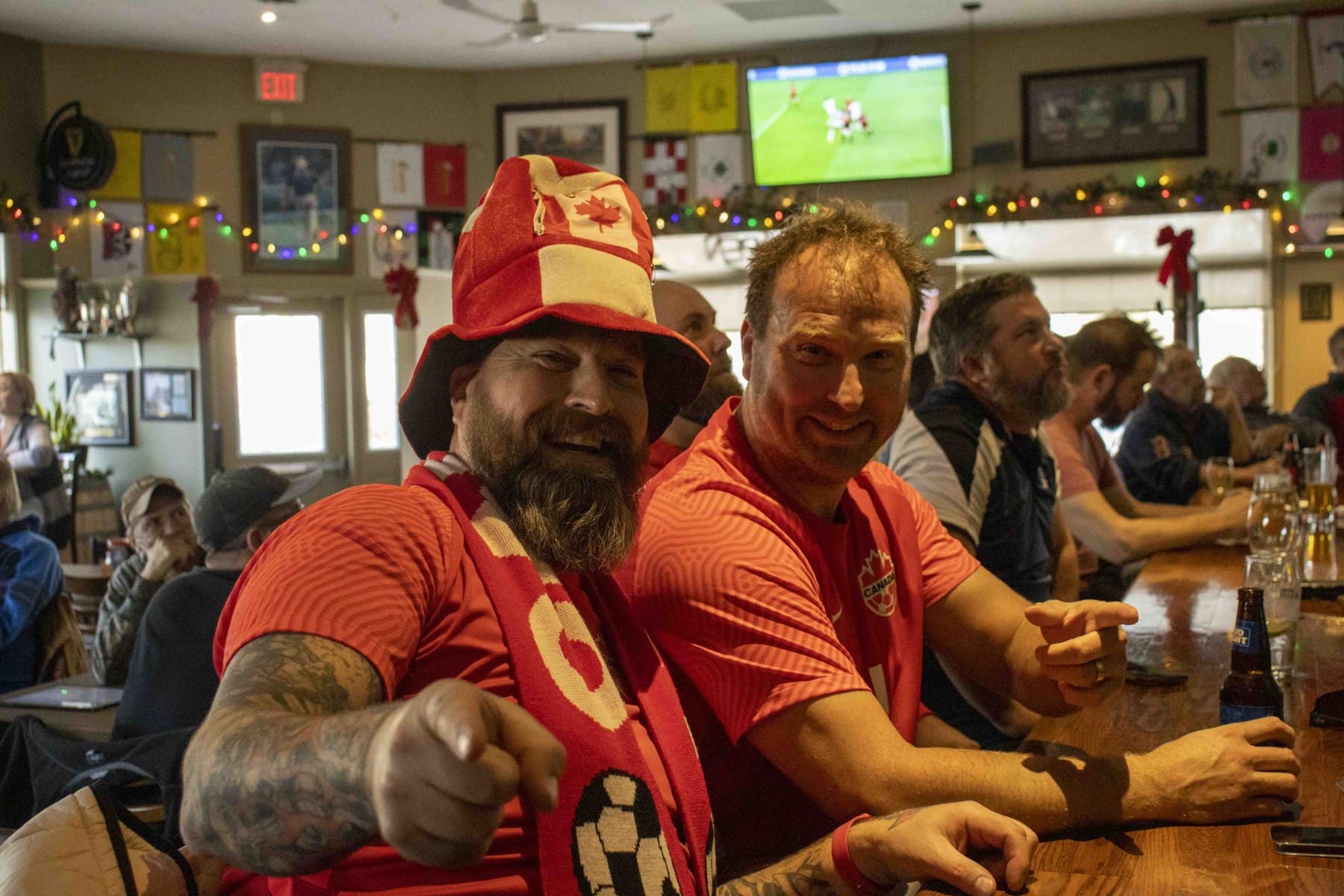 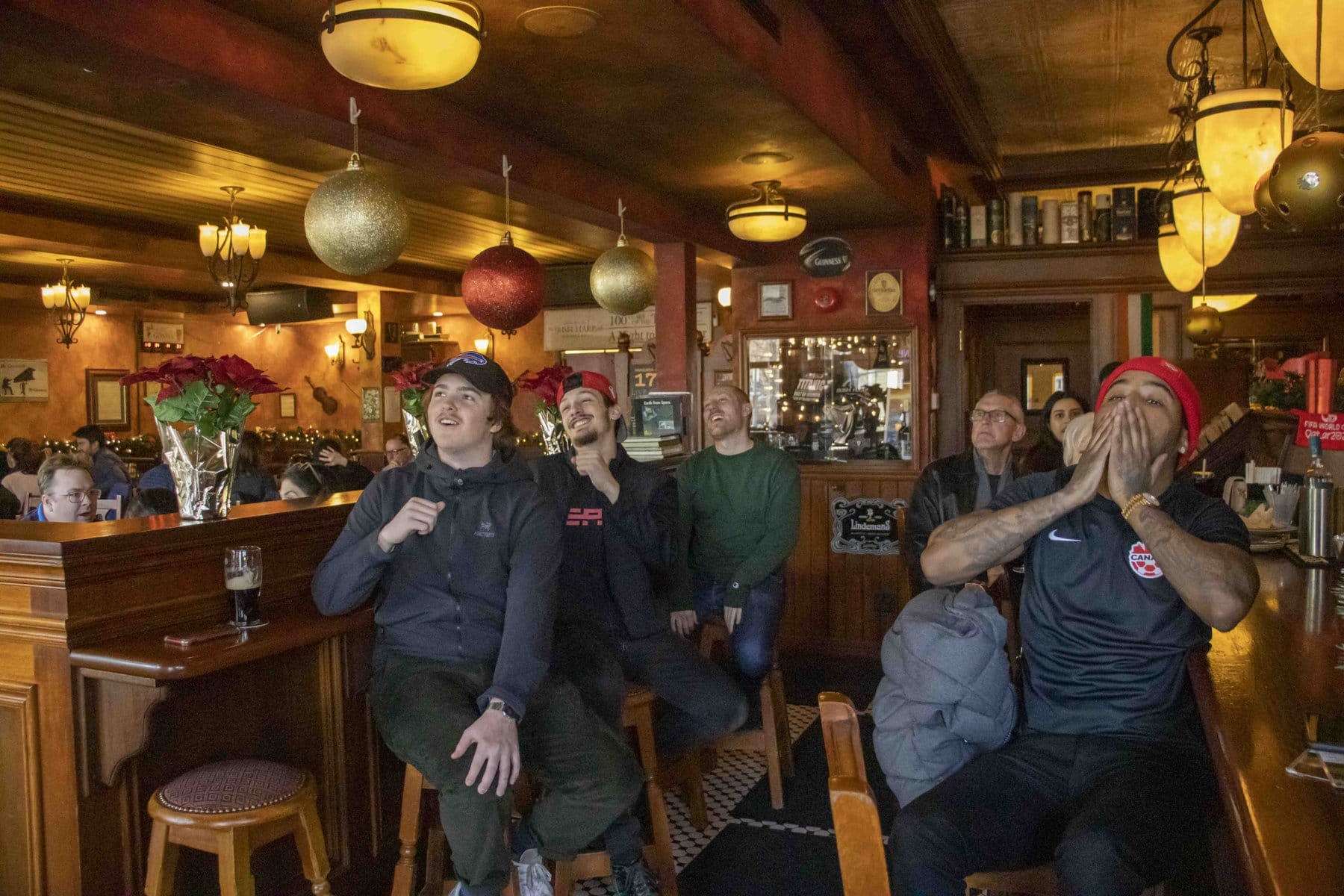 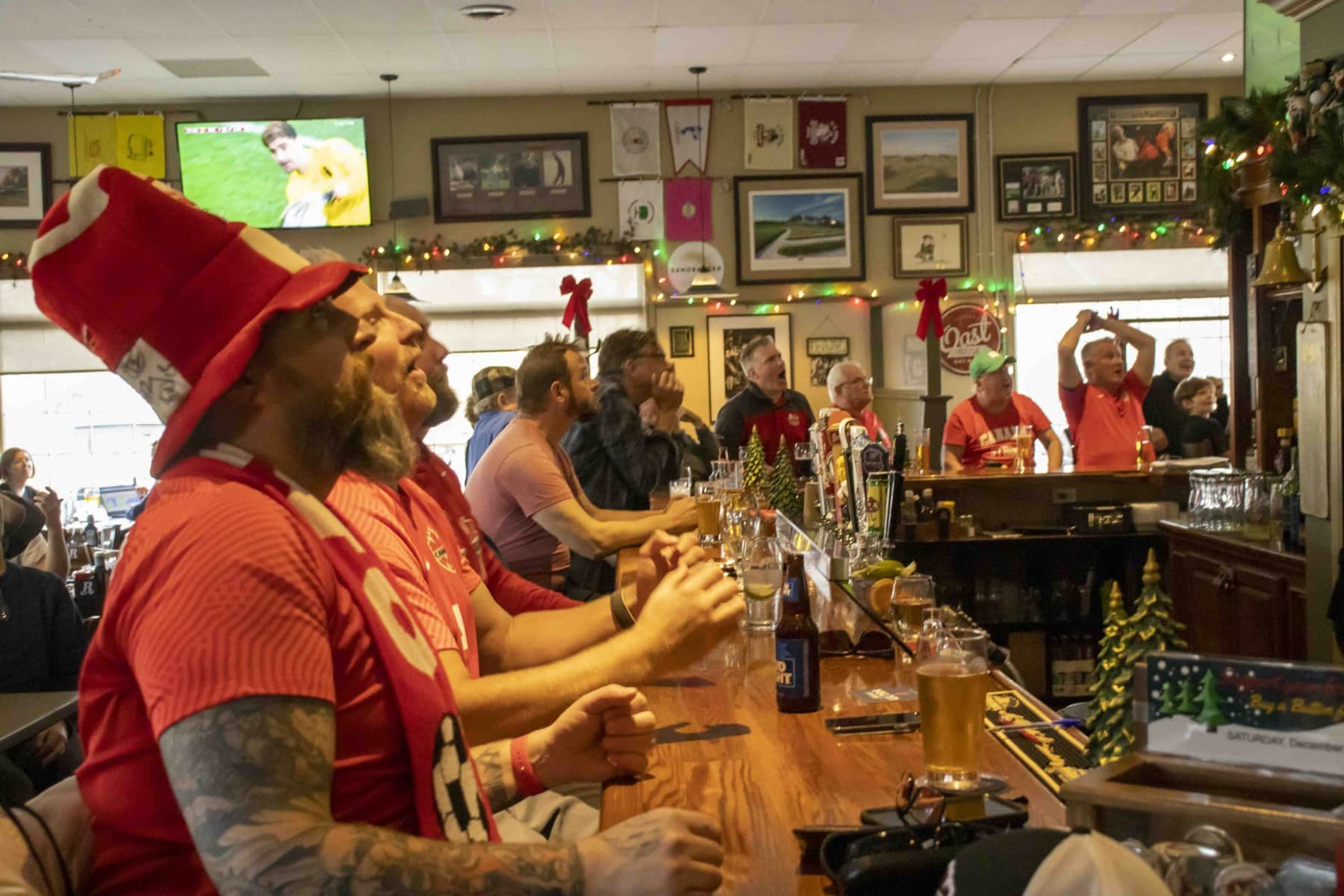 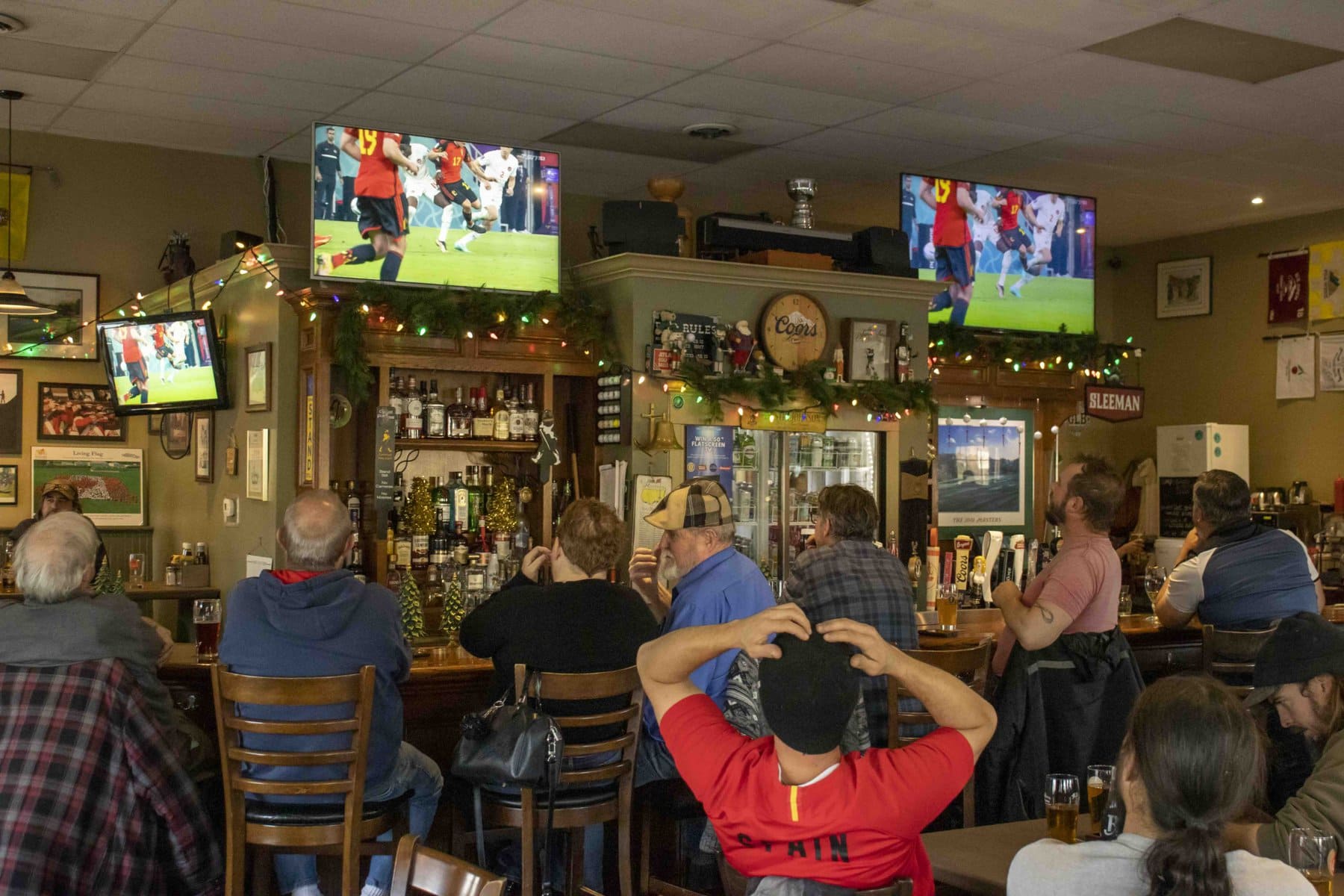 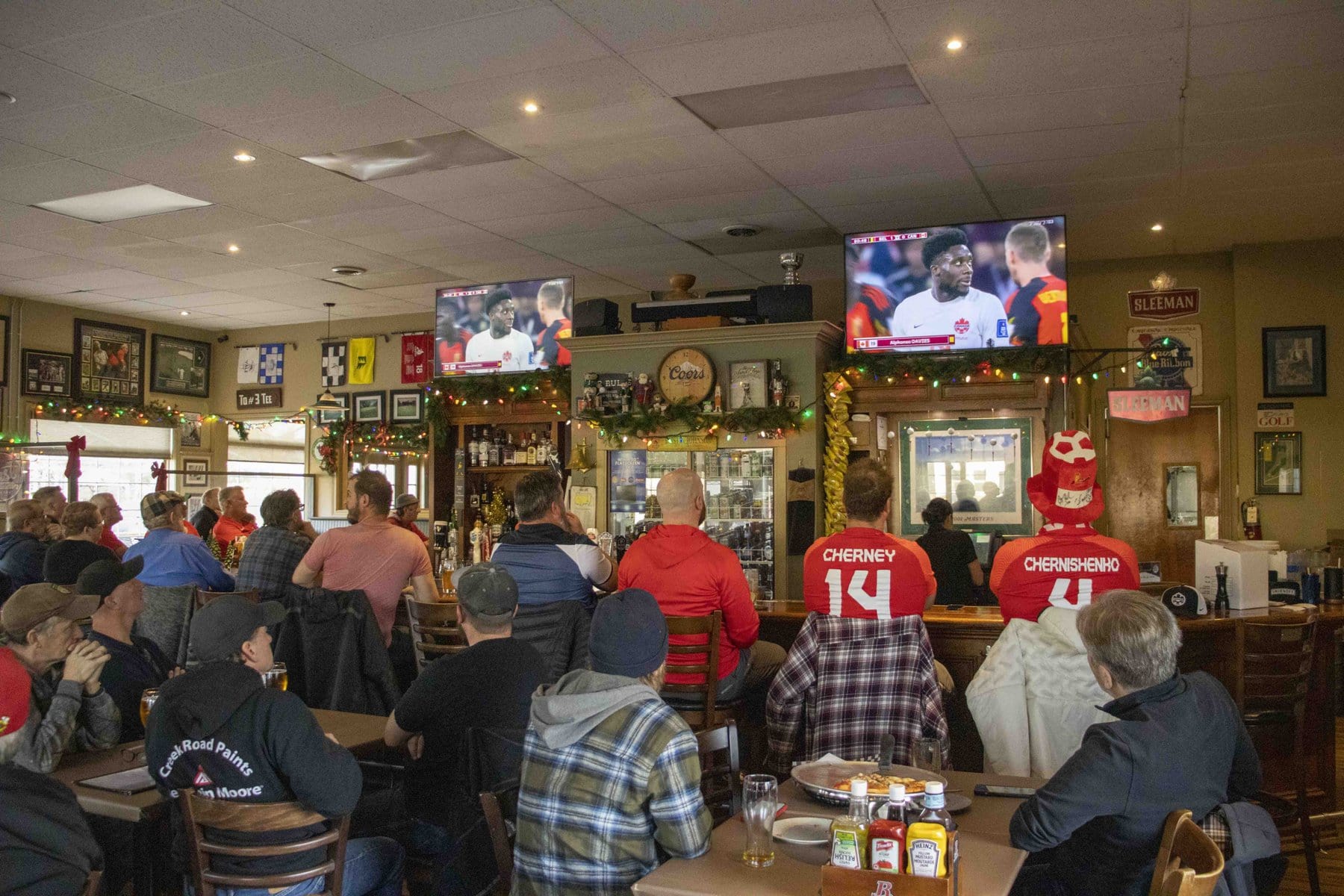 It’s a sporting moment Canadians waited a generation for and Niagara-on-the-Lake was ready.

Team Canada returned to the FIFA World Cup tournament Wednesday afternoon and Niagara-on-the-Lake fans were out to celebrate and cheer them on.

Ranked 41st in the world, the Canadians narrowly lost 1-0 to No. 2 ranked Belgium, but  NOTL fans couldn’t be prouder.

“We did fantastic. Canada held a soccer nation to one goal,” said Mark Cherney, who was at the Sandtrap Pub & Grill with his brother Aaron.

Canada hasn’t competed in the World Cup in 36 years.

“It’s great to see a Canadian team in the World Cup,” Luke Czerlau said as he watched the game with a few friends at the Irish Harp.

Pubs and restaurants around NOTL are holding viewing bashes and broadcasting the games from Qatar, including Team Canada’s next two games.

The World Cup opened Sunday and runs till Dec. 18.

For Niagara-on-the-Lake Soccer Club president Carrie Plaskett, the tournament is a special time.

“The World Cup is an event that can really inspire young soccer players and help them develop a love of the game,” she said in an email to The Lake Report.

“It is so special because it truly is a global event that can help kids connect with the world,” she added.

For kids, the World Cup is not only fun to watch, but it’s a time to learn.

Plaskett uses the World Cup to educate her boys about the different world flags, she said.

“They follow along filling out a bracket as the games progress,” she said.

Fans can watch the next two games at the Irish Harp as well as Palatine Hills Estate Winery. Both plan to open early on Thursday, Dec. 1, for the 10 a.m. game.

“We have our two TVs and we have some food specials on as well,” said Jovie Jokie, owner of the Irish Harp.

Palatine will be streaming all games that take place between 11 a.m. and 5 p.m.

The Sandtrap, Angel Inn, Butler’s Bar and Grill, Bricks & Barley and Corks Restaurant are among the NOTL spots that also will be live streaming the games, but will not be opening early on Dec. 1 for the 10 a.m. game versus Morocco.

Games can be seen on TSN and CTV, the official broadcasters for the World Cup.

A stroll through Old Town: Chatting with businesses on Queen Street

State of the City tickets available

New exhibitions for reopening of RiverBrink