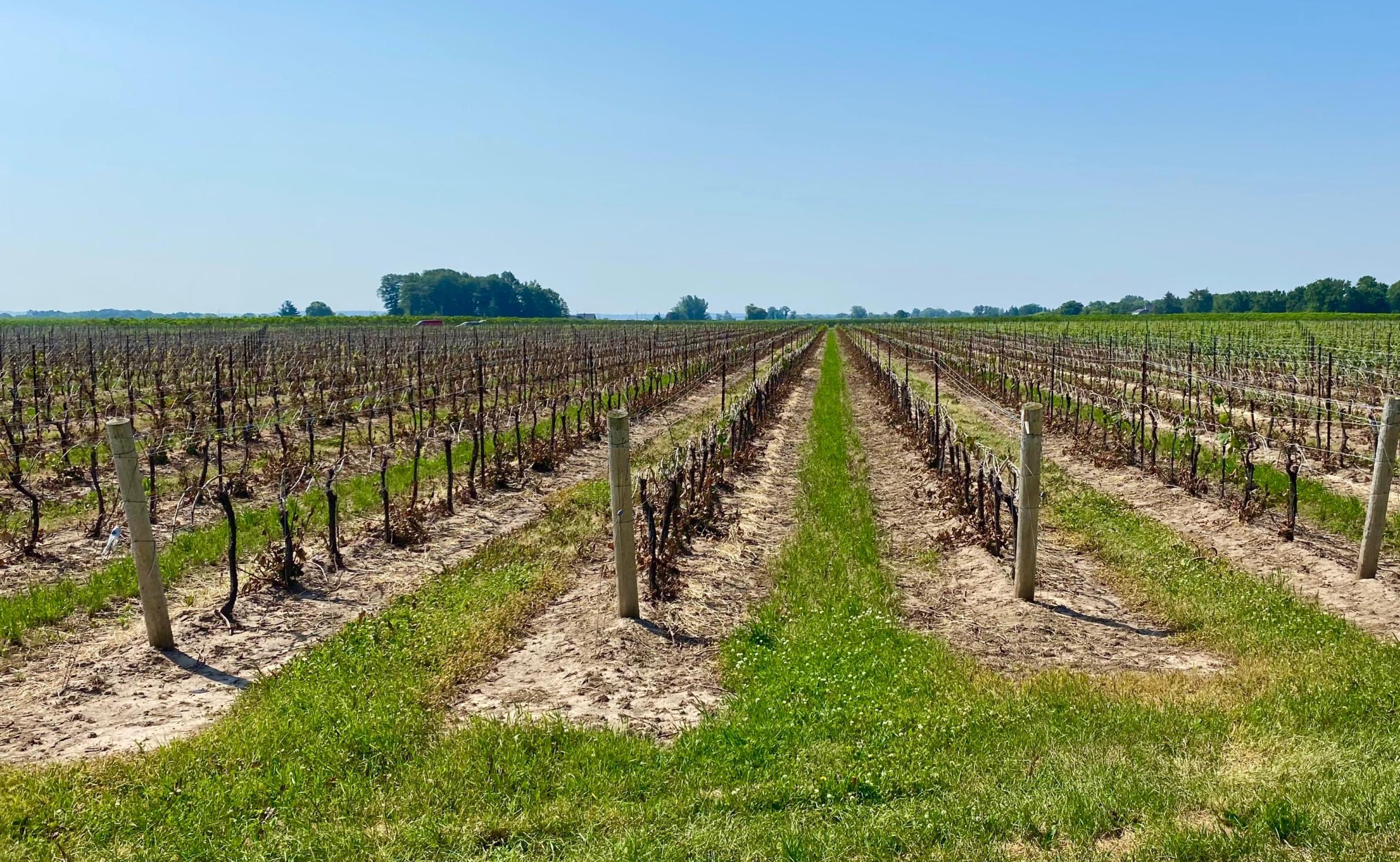 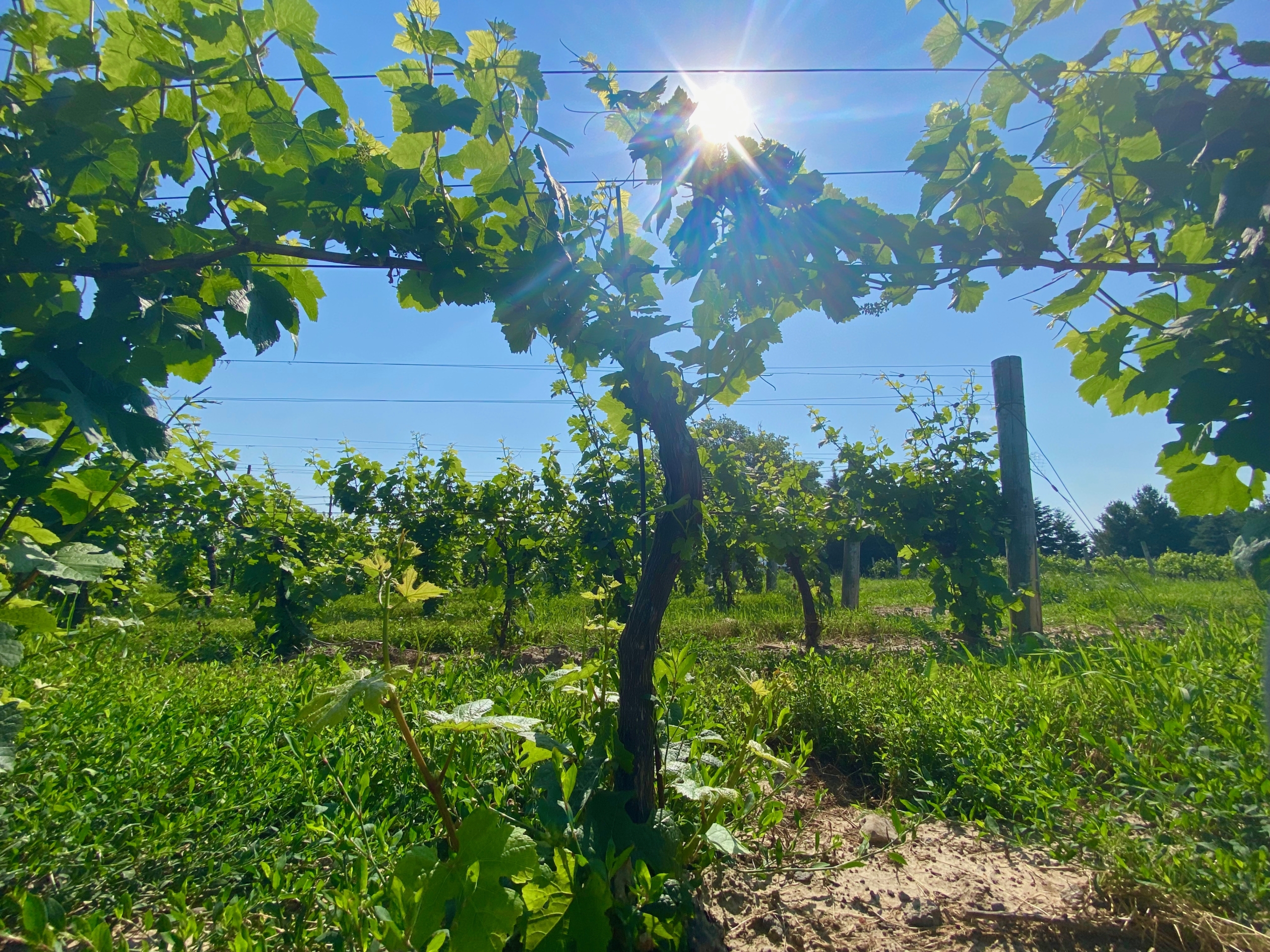 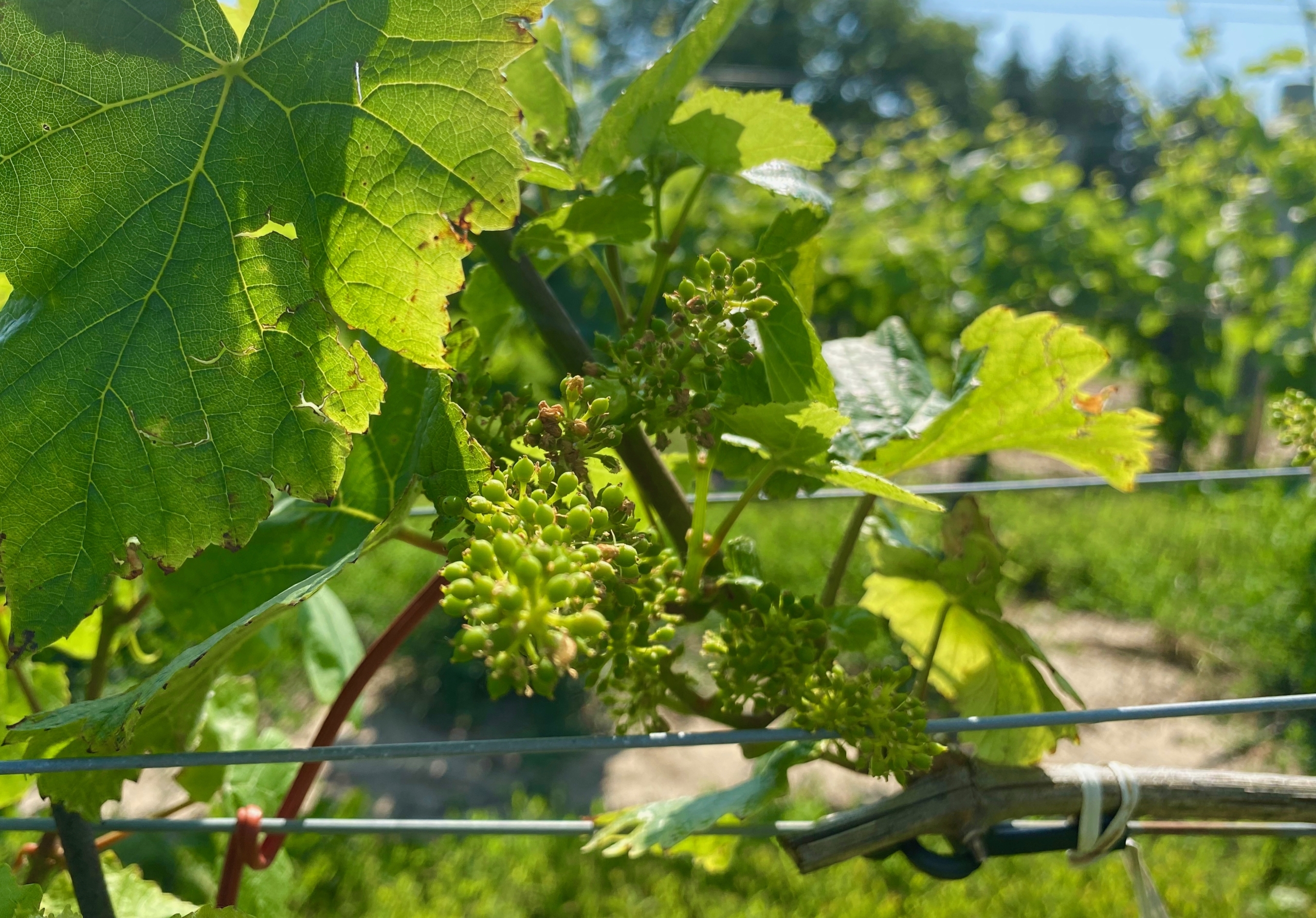 Grape and tender fruit industry expert and consultant Ryan Brewster said assessments are still being done, but predicts yields could be affected for up to three years as a result.

Matthias Oppenlaender, chair of Grape Growers of Ontario, said growers are “trying to get a handle on it, but for sure it’s significant damage.”

“We knew there could be some damage, but the extent of it was surprising,” Oppenlaender said.

Stark notes that “some vineyards are dead, others are normal, and there’s everything in between.”

“It’s amazing, in Beamsville, vineyards on a slope are now having close to a normal year, then there are others that are flat or in a depression where cold air could settle, and we have not just bud damage, but vine death.”

He echoed Brewster’s estimate that farmers could lose 50 per cent of their crops this year.

Both Stark and Oppenlaender said Niagara-on-the-Lake was likely harder hit than the bench area, because it is flatter and low spots fared the worst.

The level of damage in the vineyards came as an unwelcome surprise to growers.

“People have been surprised now that the damage is showing, it’s right in front of our eyes and untold acreages are impacted. Nobody saw this coming, this level of impact,” Stark said.

“We came into spring looking pretty good, but once we started getting growth, we found damage,” explained Jim Willwerth, an assistant professor and researcher at Brock University’s Cool Climate Oenology and Viticulture Institute.

There were many contributing factors, going back to last fall, Stark said.

“We had a lot of heavy rain in a short period of time in September and October. There was just so much water that the hardiness of the buds being formed was affected.”

“We had the wind machines going 10 nights last winter, which is way more than usual. Most winters it’s only two to three nights,” Stark said.

“The vines were less hardy going into the winter, then we had multiple nights where temperatures were anywhere from -19C to close to -28C,” said Stark, adding “there were big pockets of cold air, so not everyone got hit, but the low spots got hammered.”

Willwerth describes it as  “a series of cold events, which were very sporadic and extreme. They were also site specific, especially affecting low spots.”

Growers have a range of actions to take going forward, depending on the type of damage their vines have sustained.

“We check vines during bloom time, to look for damage to trunks, and to assess shoot growth,” explained Brewster.

If only some of the buds have been damaged, the vine could have fewer shoots per plant, but still produce fruit this year and fully recover next year, said Stark.

“But if there’s vascular damage in the trunk, the clusters can’t get what they need,” he said.

“The plant will throw out suckers at the bottom, and some growers will let that grow into a new trunk this year, and produce one arm next year.”

Growers can recover their vines that way, but it’s time consuming.

“We can replenish vines from bottom growth, but then we’ve lost a full year and it’s really three years until we’re back to full production,” said Brewster.

And if vines are dead, they must be pulled out and replanted. Next Spring is the earliest time for replanting and in many cases new vines won’t be available until spring 2024. Once they are planted, it takes three to five years before a full harvest, according to Brewster.

“We won’t be back to any kind of normalcy for at least three years, and that’s if Mother Nature co-operates for the next three years,” said Brewster.

“It’s very tough, and it takes a lot of labour to recover the vines, so there is a cost increase in farming,” said Oppenlaender.

Growers have insurance that covers both crop loss and vine loss, but not 100 per cent of it, Oppenlaender notes.

“Vine loss is covered, but there is a 12 per cent deductible, and crop insurance covers 70 to 85 per cent of the loss.”

With crop losses, increased costs, and the prospect of a long road to recovery, Oppenlaender said “it’s a tough pill to swallow for a lot of growers.”

He said the Grape Growers of Ontario association will be reaching out to the provincial government to see how they can help, “once we see more precisely how extensive the damage is.”