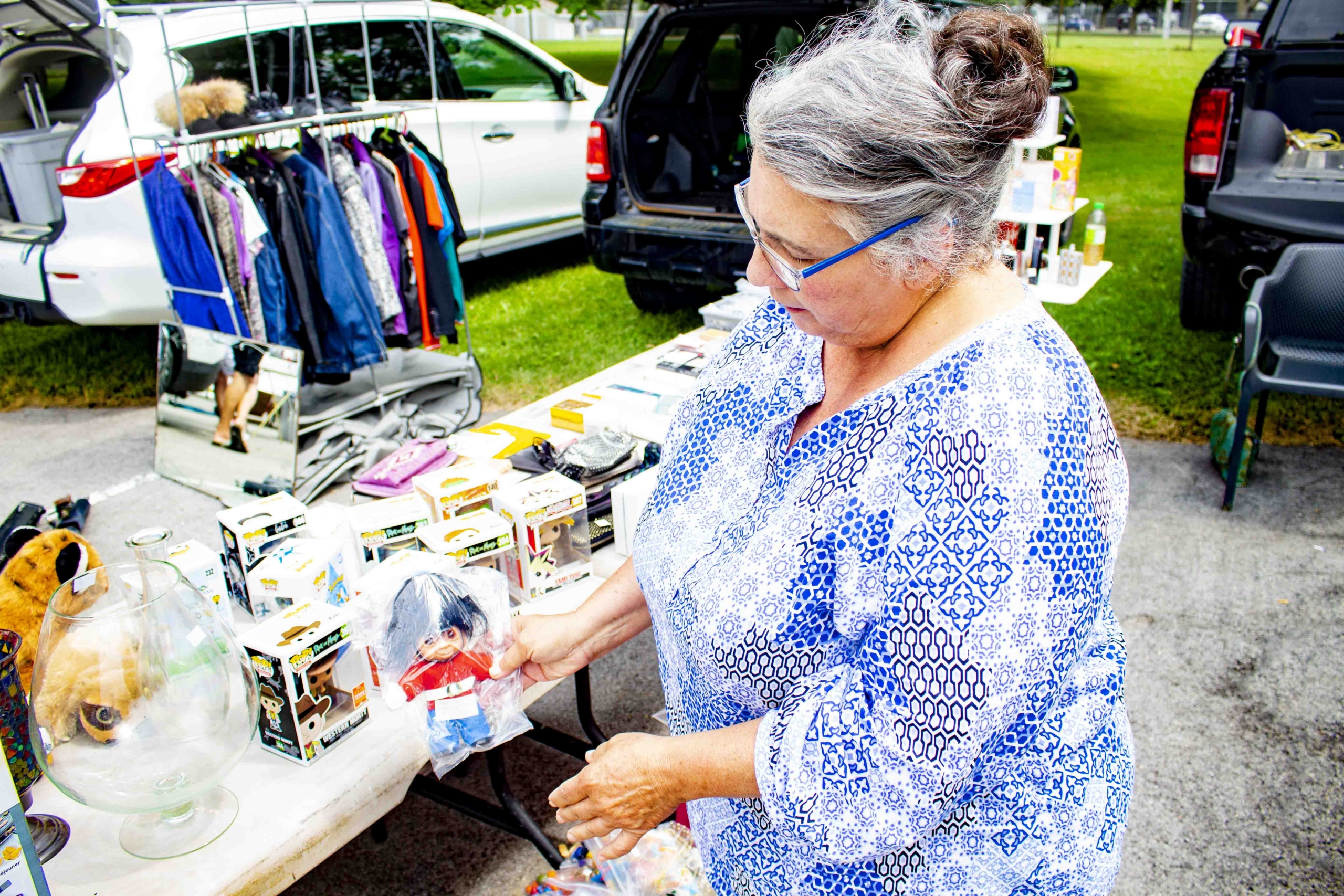 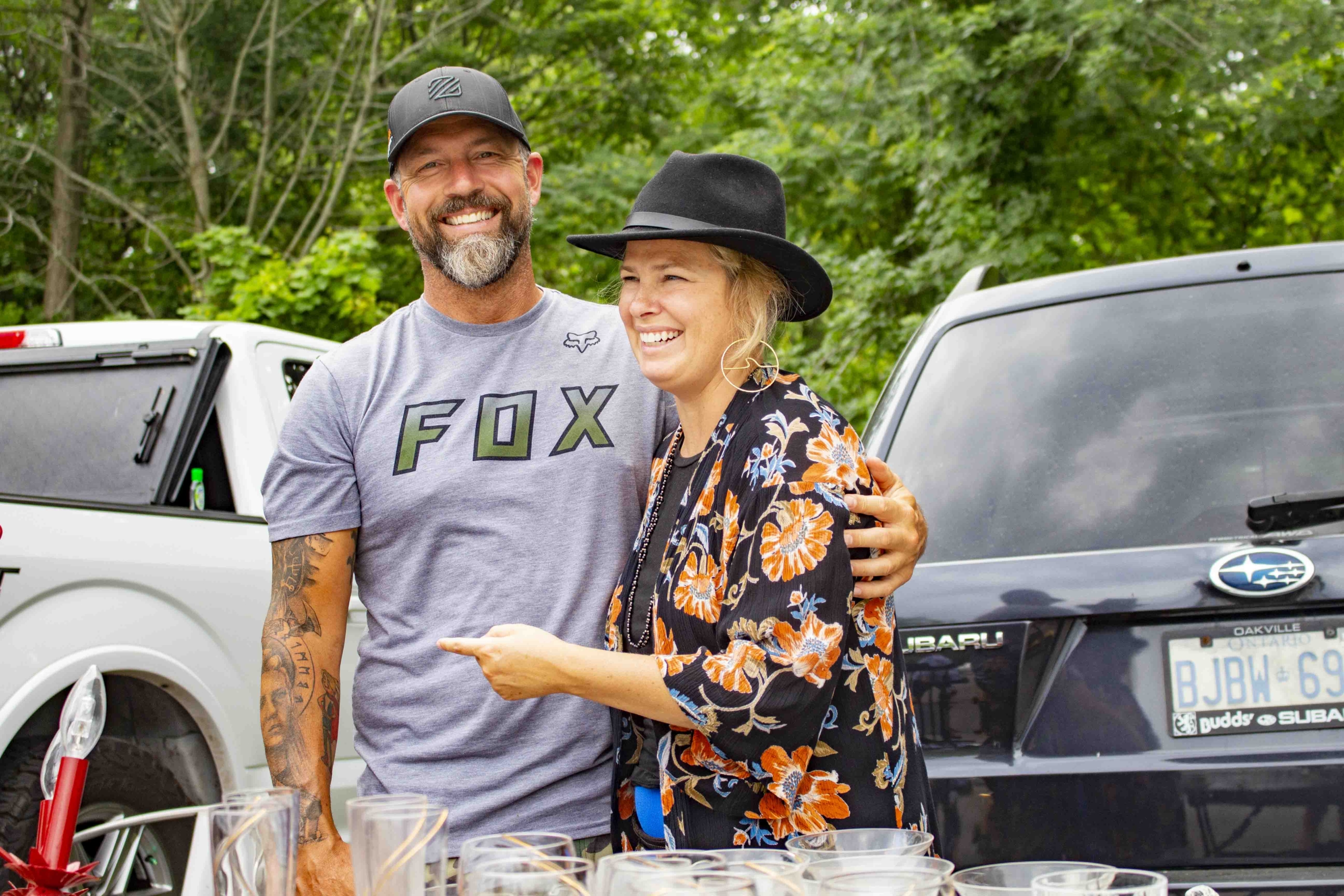 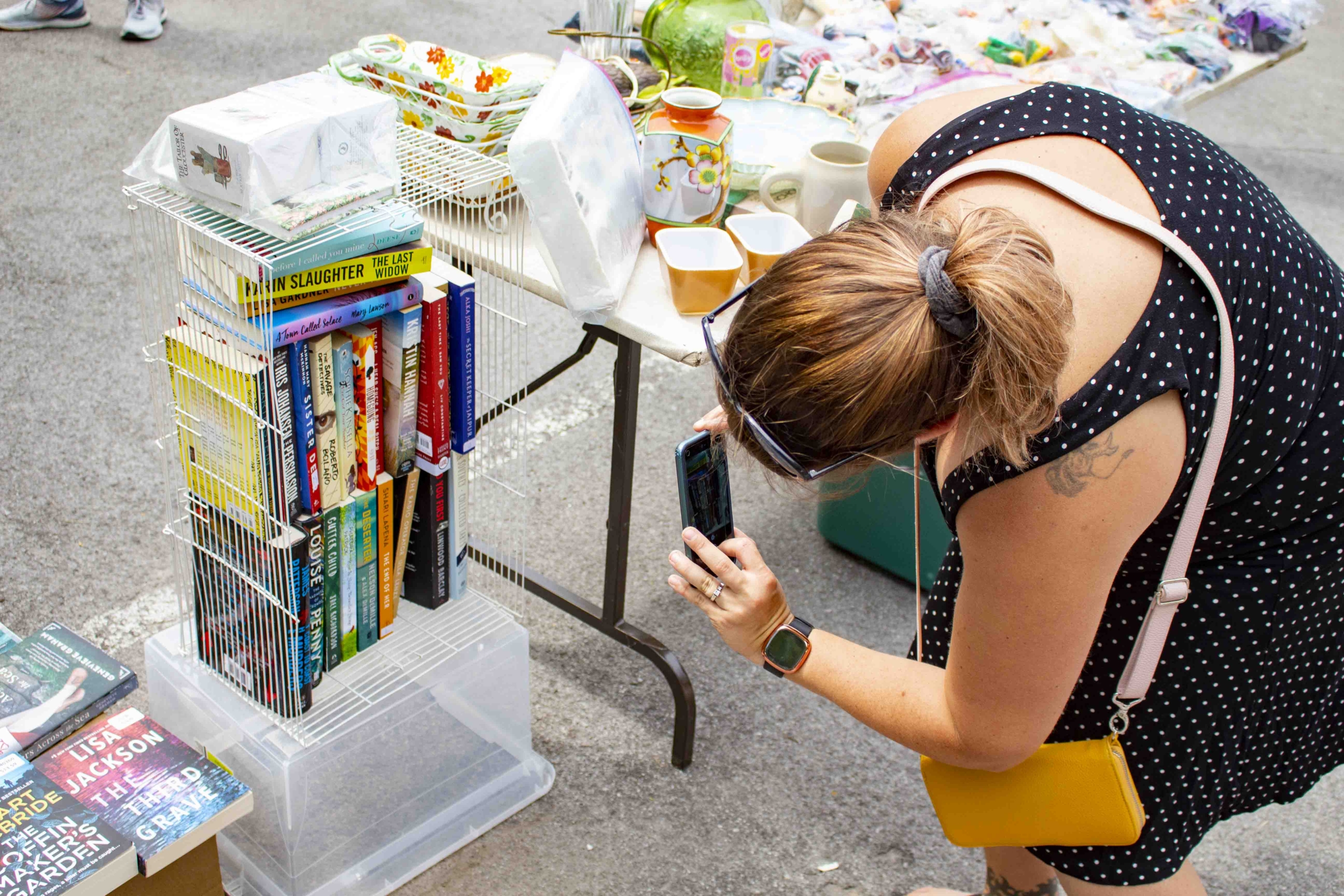 One person’s junk in a trunk is another person’s treasure in a trunk. Or, something like that.

The Ladies Auxiliary Junk in the Trunk sale saw the all female arm of Royal Canadian Legion Branch 124 return to glory after being stymied by the pandemic for two years.

“We work behind the lines of the branch and do stuff like this for ourselves. We do donations of, like, service dogs and things for the veterans as well,” said Karen Taylor, secretary of the Ladies Auxiliary.

“We also help out with donations for the branch, depending on what they’re doing.”

23 vendors were set up in the parking lot of the Branch 124 on June 26, selling anything from playing card decks to tables and chairs.

“We’ve come here once before and we did very well,” said Bill Brunton, NOTL resident for 70 years and a member of the Legion.

Their booth had toys from the 1950s up until today. Some had been collected by choice and others were saved from their own children’s childhoods.

But some of the items were even from Betty’s childhood.

“I had a doll collection and toys and I’m clearing out. Some were my kids’,” Betty said.

They had a good collection of old army figures as well.

One thing’s for sure, there is hardly a generation of young men gone by who doesn’t have some form of fond memory of playing with army figures.

It merely took a mention of them to send Bill’s memory flying back nearly 70 years.

“One of my best friends, when I was a kid, they were pretty wealthy. So, my little soldiers were all plastic and whatever. His were all made of metal, from England,” said Bill.

“And he had a little cannon. We’d build up forts and stuff like that and he’d shoot matches over into mine and hit the rocks and they’d ignite and melt all my soldiers.”

“I’d do it back to him — nothing, cause he had metal soldiers.”

In response to a bystander saying “that sounds like a damn good time,” Bill responded, “It was.”

So many vendors in one place made the event a an attraction for people who like to stop by at garage sales.

“I just thought it would be a good chance to one stop and get to see multiple different things,” Danielle Sider of Fort Erie said.

During the age of video games and streaming services, Sider was there to buy books for her teenage daughter.

“She wants books and she wants bookshelf decor because she changes her bookshelf up all the time. So, I guess that’s what we’re keeping our eye out for.”

Some rain and chilly weather dampened the turnout for some of the vendors.

“We were hoping to be a bit busier. It’s quiet,” said Christi Mann.

Mann was there with her partner, Mike Strickland.

“We sold my house like a month ago. We had a massive garage sale and now we’re downsizing his house. We’re cleaning out and then we are going to donate the rest,” Mann said.

The two were selling an assortment of items, from chairs, tables, to old Disney VHS’ and a tape copy of the Titanic.

Strickland also had some hunting gear he was trying to sell.

“I’ve got turkey vests, a pop up blind, a lot of big full gear like winter stuff,” he said.

Growing Together: Yes, fall is an excellent time to be planting

Opinion: Kudos and gratitude for improvements to Balls Beach