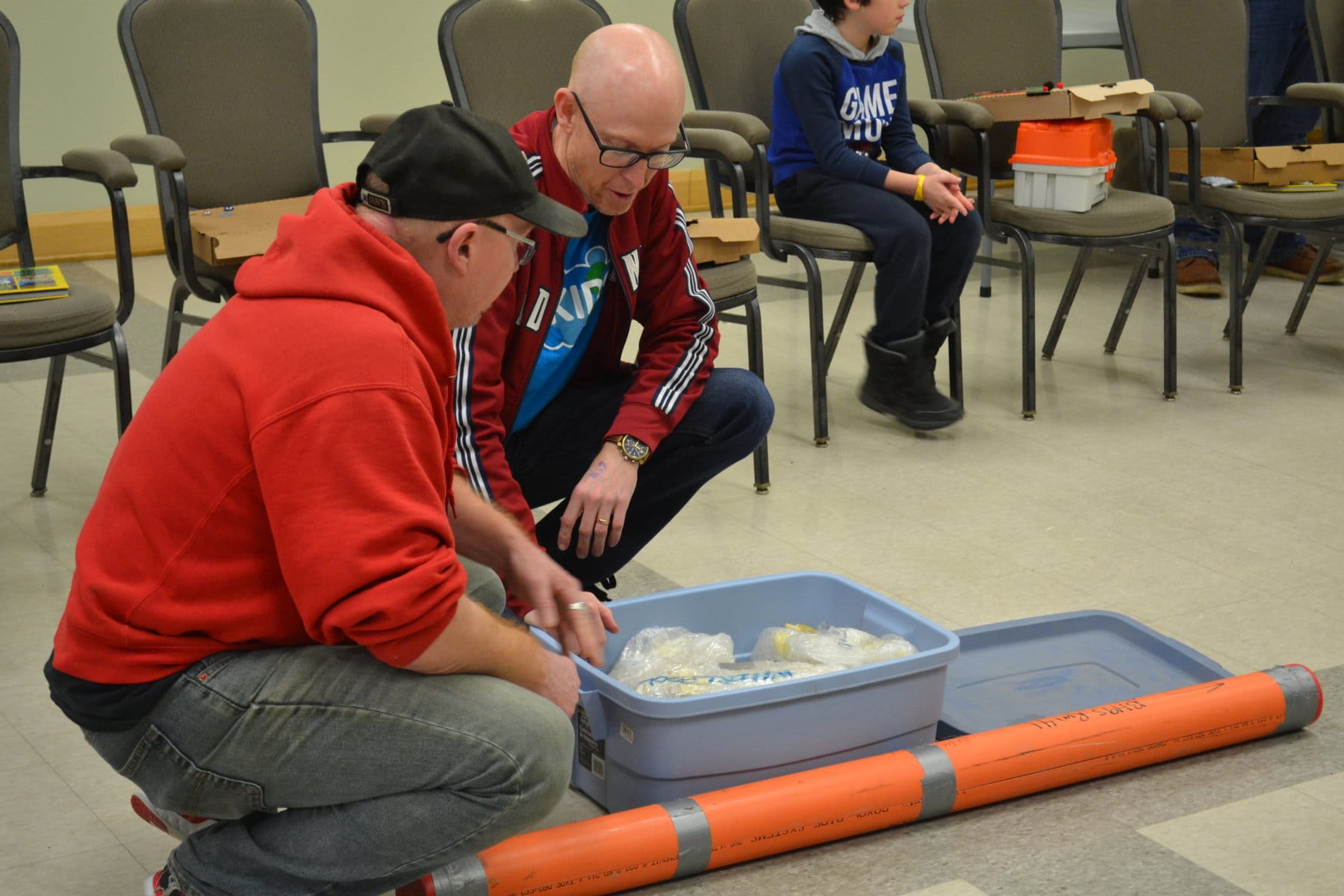 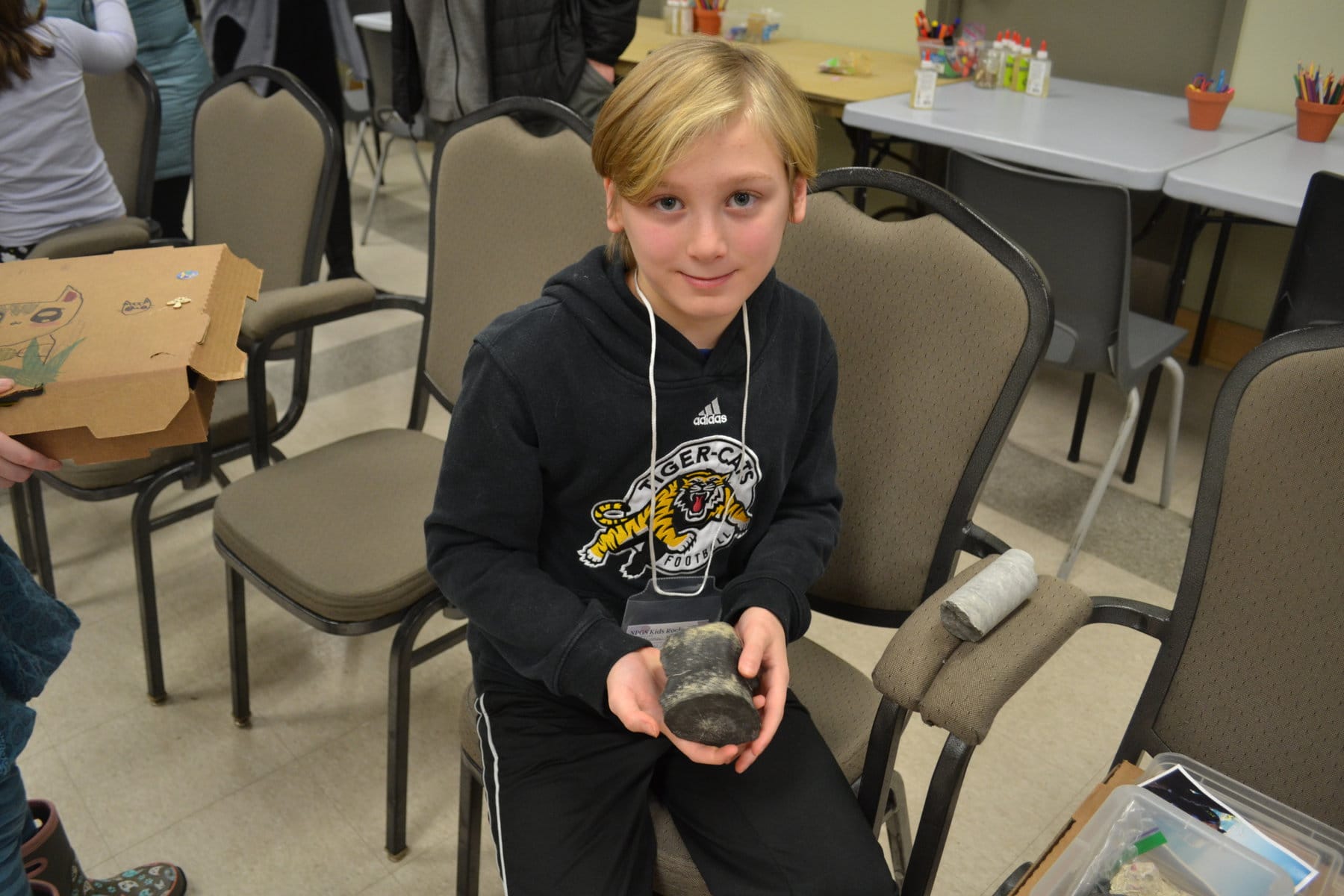 For their first meeting of 2023, the club led by Francesca (Ms Fran) and Nicholas Sorrenti, was greeted with a generous community donation.

Jayme Campbell, a geological engineer from Virgil, stopped by to donate a large piece of Queenston shale along with other bedrock pieces from Navy Island, in the Niagara River near Grand Island.

“Back in 1988 they wanted to do a bunch of research so they went out to that island with a drill,” Campbell told the kids.

“This is some core from when they drilled.”

Campbell handed out pieces of Rochester shale and Whirlpool sandstone for the kids to hold and examine, coming face-to-face with regional geography.

“It’s like a Christmas present,” joked Francesca Sorrenti as Campbell opened up the large sample.

During show and share at the end of the session, members got to show off some of their own unique oddities, including a mosasaur tooth and a lunar meteorite from Morocco.

Eleven-year-old Matthew Meyer was proud to exhibit some of his mother’s findings from her scuba diving days before he was born, including a fossilized piece of whale spine and a manatee rib.

“My mom went scuba diving in Florida and found a bunch of ancient stuff. This is an ancient whalebone, the backbone of a whale,” Meyer said while walking his relics around.

To lend or support instructional materials, or to simply share a fun rock fact, reach out to club directors at cocoandclayforkids@gmail.com.