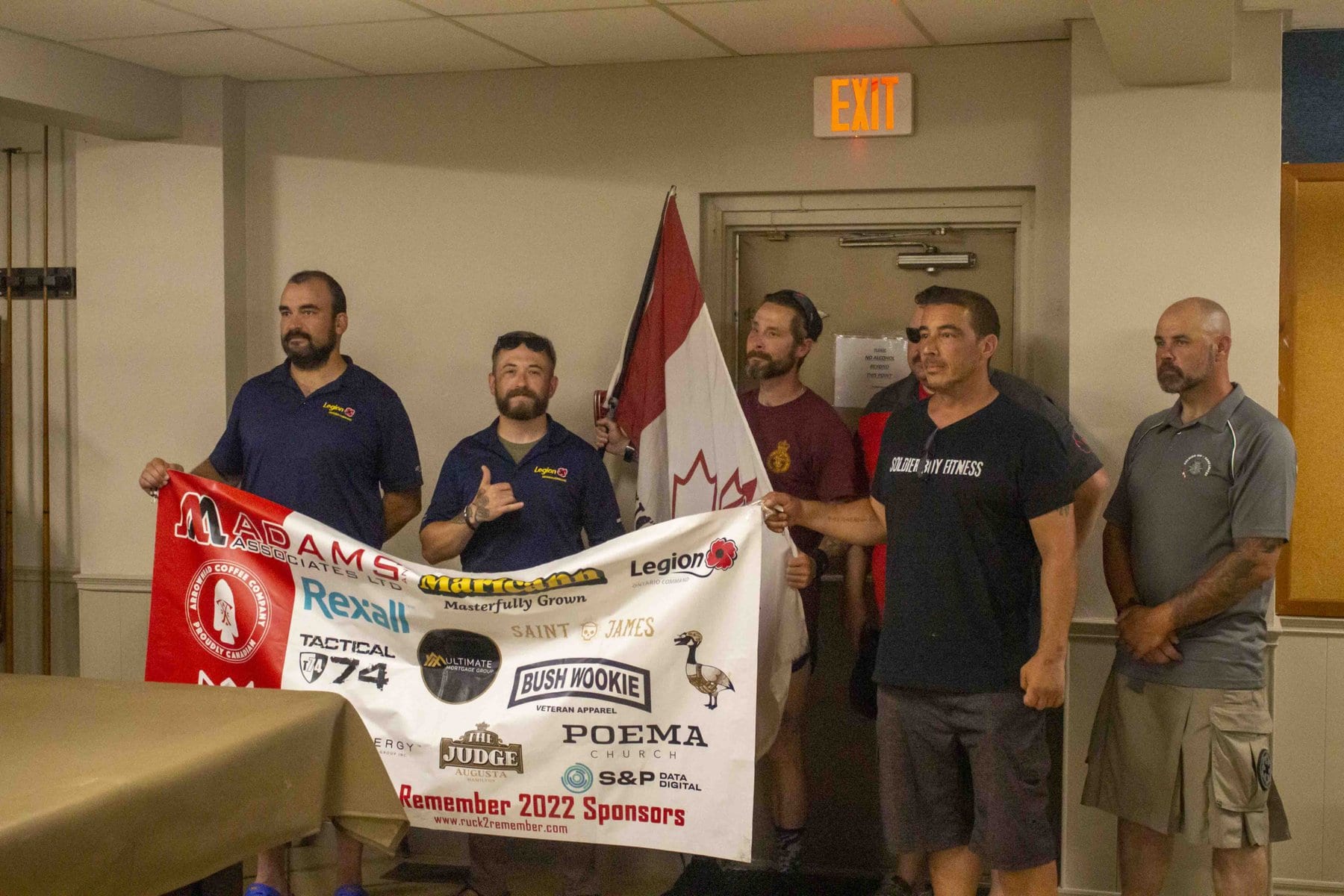 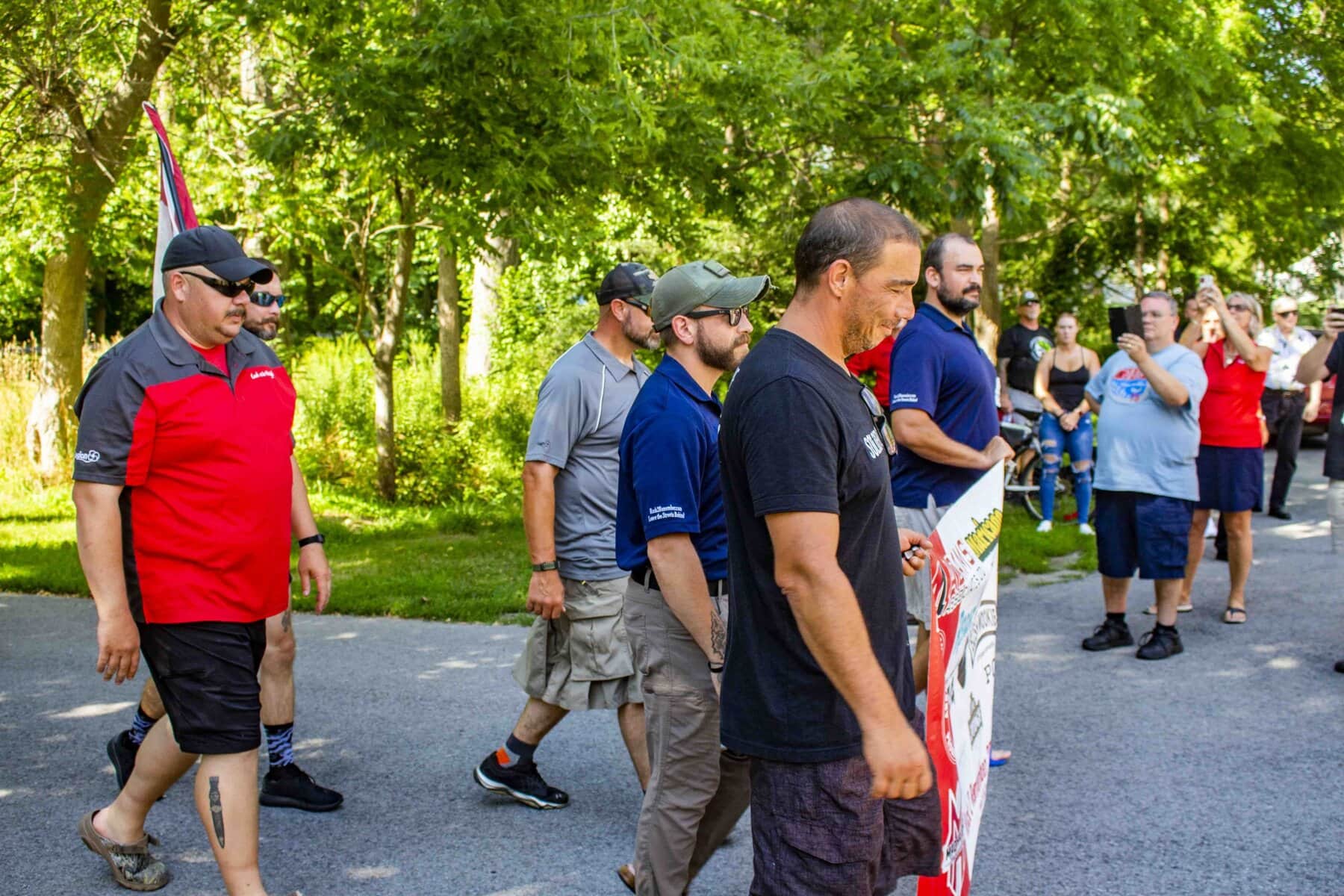 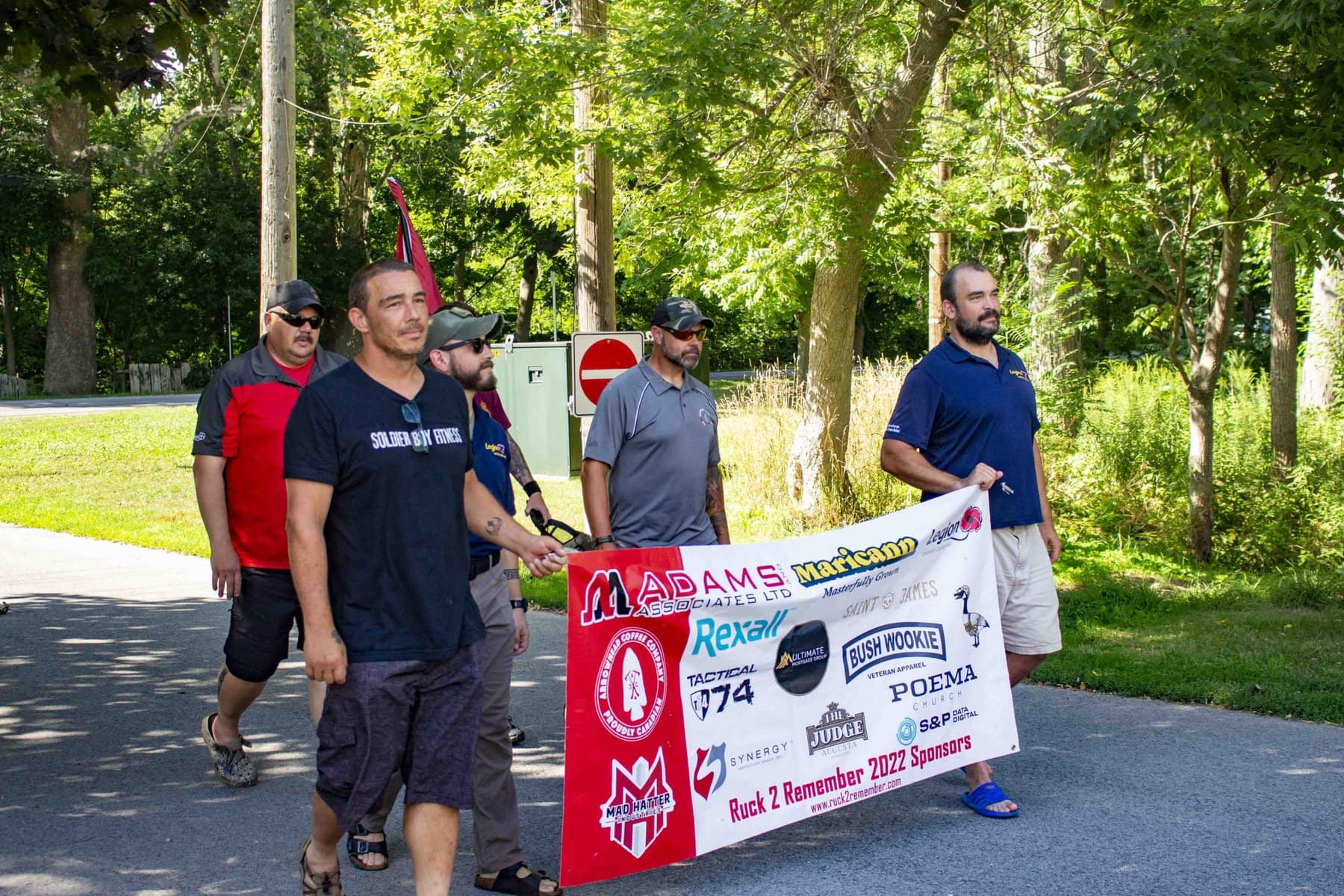 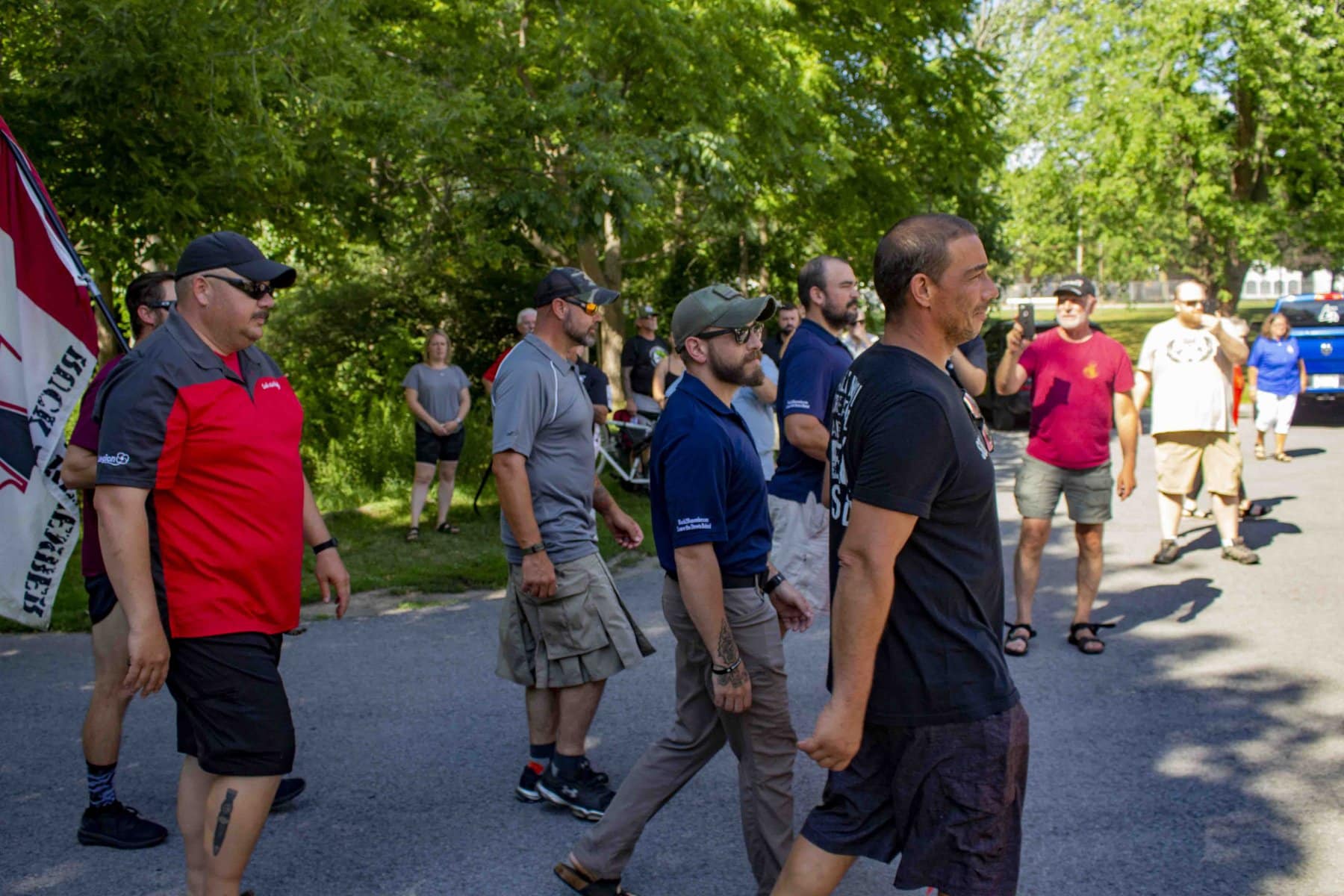 Bruce Trail trek is halfway to its goal of raising $576K

Moving from military service to civilian life can be challenging for veterans.

“Transitioning is difficult,” Di Julio said at the Niagara-on-the-Lake Legion on Sunday, Aug. 7.

Di Julio, along with a shifting group of people had just finished the final leg of a 900-kilometre walk along the entire length of the Bruce Trail.

He hiked from Tobermory to the trail’s southern terminus cairn in NOTL to raise money for veterans experiencing homelessness.

Thanks to their blistered feet and bruised and battered bodies, over the previous 40 days more than $267,000 was generated to fight veteran homelessness. The goal is $576,750.

“You run into guys who have spent 10, 15, 20, 25 years in the military and there’s not a great — in the past it was worse but it’s certainly gotten better — just not a lot of education about what’s available to them once they get out of the services,” Di Julio said about the struggles service people face entering civilian life.

Knowing “what benefits are available to them and how do they access those and retraining programs. All these things have been a real struggle.”

Even if these benefits and programs are readily accessible, internal struggles can prevent access.

“There’s mental health struggles that you’ve got to navigate through,” he said, “confronting a lack of meaning and purpose.”

A loss of meaning is a symptom of living for years in a strict and disciplined military culture where every day is intimately structured.

“And then you get out and get into civvy world and it’s like — it’s just not the shame. You don’t have the same camaraderie.”

Indeed, going from a team-based organization into a more self-concerned world can be difficult.

In the civilian/corporate world, often ”everyone’s just angling (to get what they want). It’s very different,” Di Julio said.

Like the rest of society, it can be a slippery slope on the way down when facing economic and personal struggles.

“It just takes a couple of bad bouts, like everyone else. Maybe depression or —,” Di Julio was interrupted by a Legion server with an offer of food, which he enthusiastically accepted after walking more than 20 kilometres in the blistering Sunday heat.

“It doesn’t take much for mental health to turn into depression, into substance abuse, a relationship goes sideways. Before you know it, you’re out on the streets,” he continued.

Di Julio is not a veteran, having been denied service due to epilepsy. He founded Ruck 2 Remember as his way of giving back to Canada’s military forces.

Veteran homelessness is a problem in Canada and the United States.

The National Coalition for Homeless Veterans estimates there are more than 40,000 veterans living on the streets on any given night in the U.S. Roughly double that number experience homelessness throughout the course of a year.

A 2018 StatsCan report states around 4 per cent of Canadians who used emergency shelter during the year declared veteran status – about 2,000 to 2,500 individuals.

A concerning metric is the hidden homeless population, which includes people who do not use emergency shelters but don’t have a stable living situation. Statistics Canada estimates veterans to be around 15 per cent of this group, but no hard count is available.

Even as access to benefits improves in Canada there are still impediments for homeless veterans, Di Julio said.

“If you don’t have an address it doesn’t really help you. (Veterans Affairs Canada) really needs an I.D. and an address to get you the benefits they can.”

All the money the ruck raises is donated to the Royal Canadian Legion’s Operation: Leave the Streets Behind. Di Julio said the Legion is very transparent with how it spends the money.

“They get these guys into temporary housing, pay for hotels or whatever they need to do while they get an apartment for them, get them a more stable place to live.”

“And once that’s set up the veterans service officers, which exist at every Legion, they’re basically experts at getting veterans all the benefits available to them.”

Diane Condon, vice-president of the Legion’s Ontario command said, “This started about nine years ago to raise funds so that when we find a homeless veteran, for example, we can get him housed with the help of the region or the municipality.”

“But they need everything else. Furnishings, they might need medical aid. It could be just about anything. And it’s all done by donation. It’s all done by volunteers. We get no government funding,” Condon said in an interview at the NOTL Legion.

“We take care of them so that if they ever have a problem they can call us.”

She said the government could step in and ramp up access to affordable housing, which would be a benefit to struggling veterans across the country.

“They must be able to sustain themselves. At the rate of the rental costs in this area now they’re not going to be able to afford a one-bedroom apartment or even a bachelor.”

Addressing an unsustainable cost of living would help veterans as well as the general population, she said.

There have been great successes in areas outside Niagara, Condon said. In London, Ont., for example, a private company helped fund housing for a large group of seniors and veterans.

“But we don’t see that happening (in Niagara.)”

“And I wish more of them would get on board,” she said, noting there has been “good support” from the region and the mayors of St. Catharines and Niagara Falls.

But she said she had not yet spoken with Lord Mayor Betty Disero but expects to soon. “She’s good that way.”

Donations to fight veteran homelessness can be made at gofund.me/62b385f8.

Ruck 2 Remember is also hosting a personal virtual ruck, with participants encouraged to walk 900 kilometres over 180 days and gather donations from family and friends.

A Night to Fight for Alanda Ogilvie

FUTURE VISION: Part 5: An assisted-living facility for those over 65