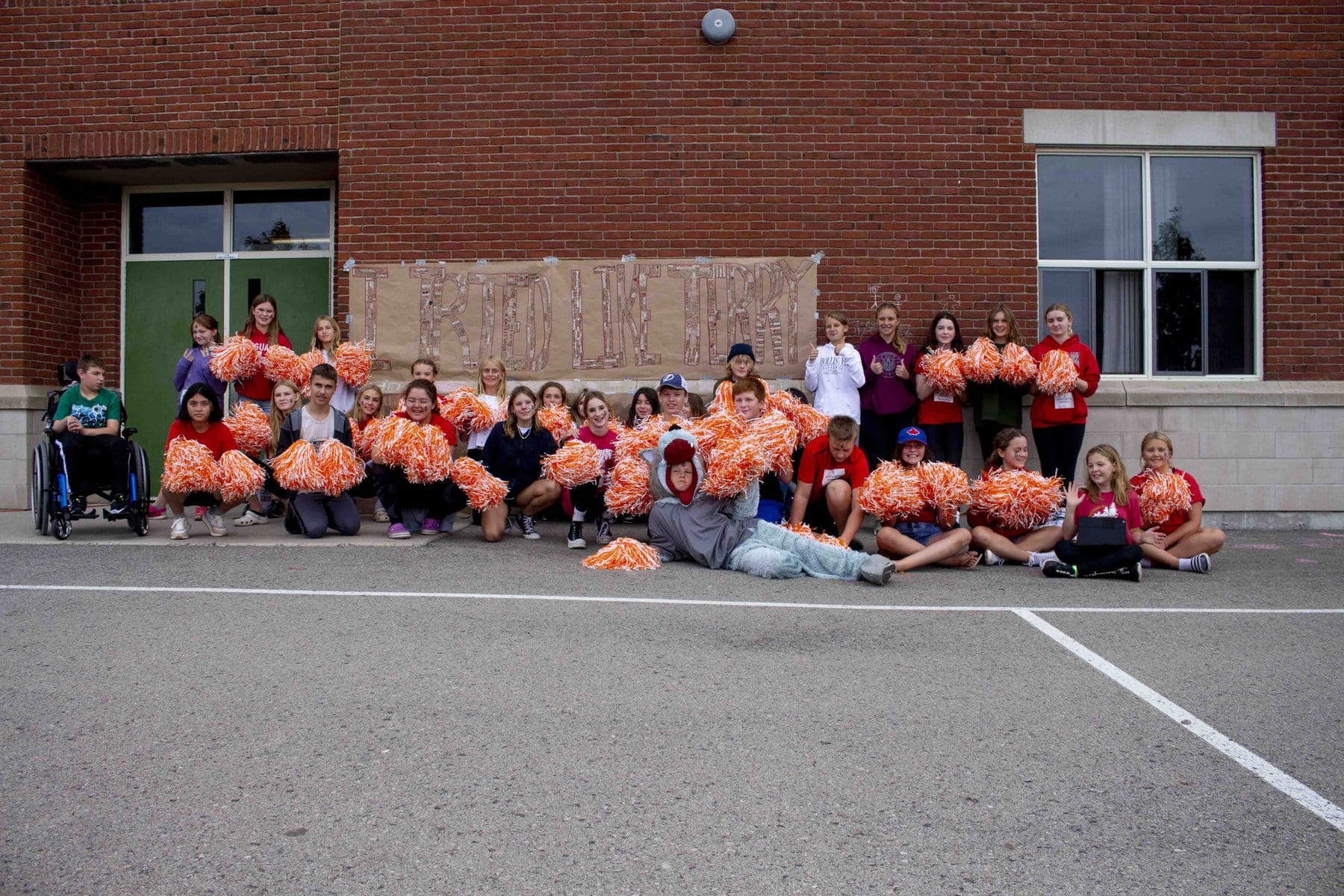 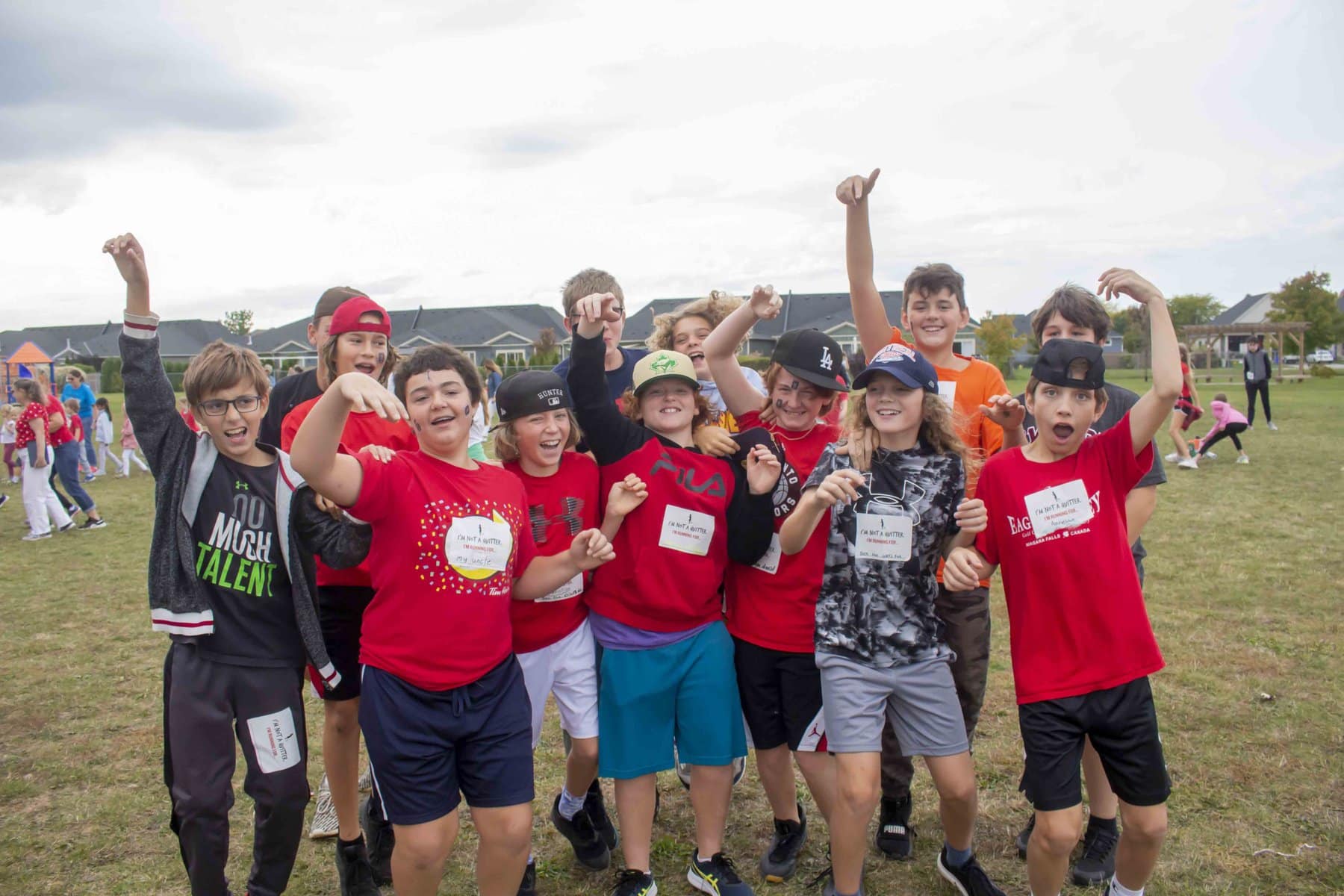 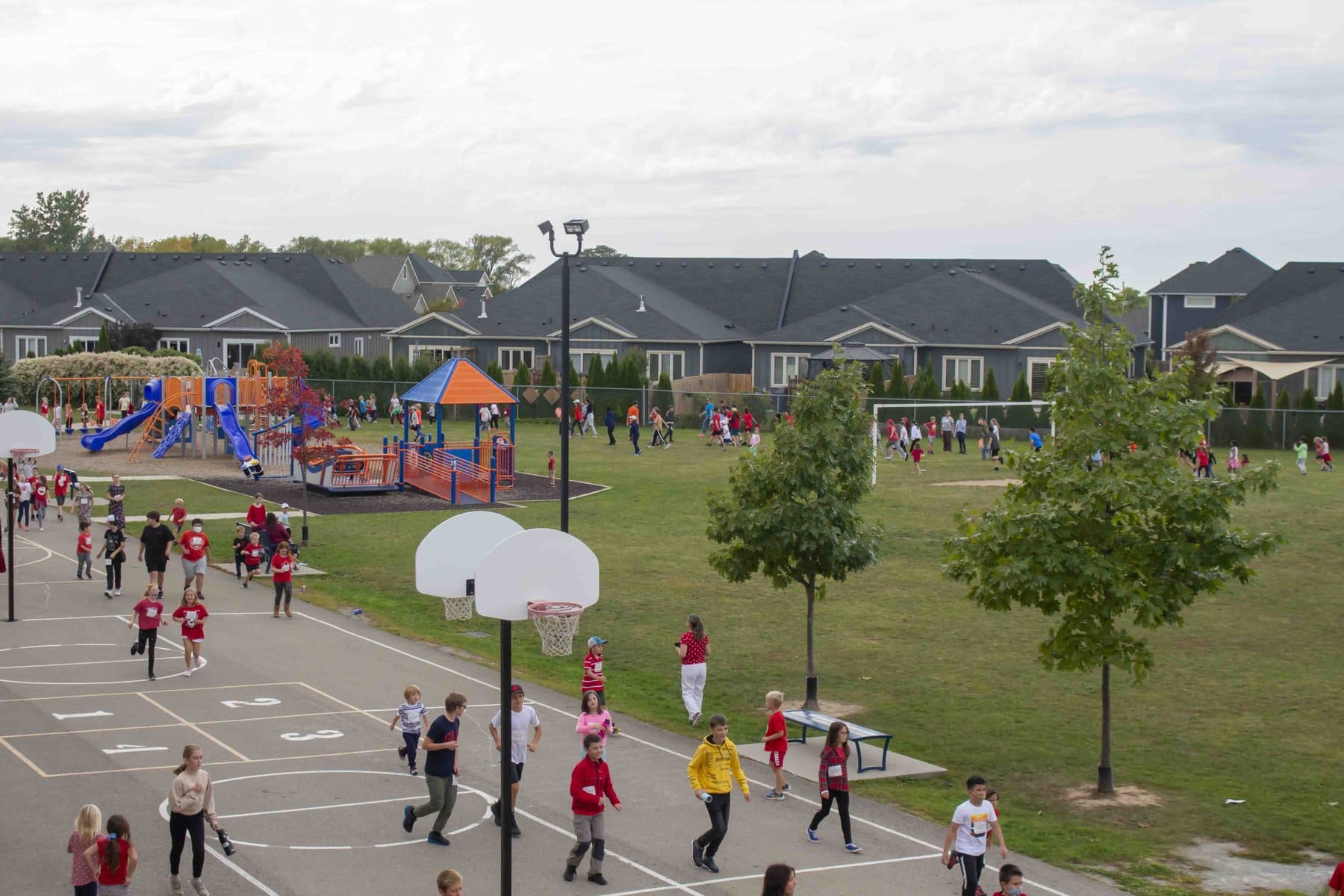 Life was a highway at Crossroads Public School last Thursday as students ran circles around their teachers and their playground in support of Terry Fox and cancer research.

The student-run Crossroads Caring Coyotes club, fondly referred to as the 3C club, was the organizing force behind this year’s run.

“Whatever campaigns are gonna resonate with them. That’s what we’re gonna do,” she said.

Students ran and walked, some hand in hand to raise money for the famed marathon runner as their peers in the 3C club cheered them on with orange pom-poms.

“We had more kids then we normally have,” Zoccoli said.

Zoccoli said this was the Virgil school’s first in-person run since the beginning of the pandemic, so the kids were excited to be a part of it again.

Last year, the school raised about $2,000 for cancer research.

“I personally am a survivor of cancer, so that resonates with me,” she said.

She said Fox is her choice for top Canadian, but is amazed that people outside Canada haven’t heard of the man and his Marathon of Hope.

The fact is not lost on the students either, especially those who joined Zoccoli to cheer on runners at the town’s Terry Fox Run on Sept. 18.

“We learned that a lot of countries don’t know about Terry Fox,” Eliana McManus said in an interview.

She said it was”really moving” to see her friends and fellow students running for Terry Fox.

“It was amazing what he did for everyone. And he was a big inspiration,” said Caring Coyote Keira Dexter.

Club member and Grade 8 student Fiona Bell looked around and said Fox’s story continues in his wake because the run happens every year.

The members of the 3C club will be moving onto high school next fall, but hope they can continue to be a part of the Terry Fox Run.

Students were also given the choice to dip their feet in a bucket of water at the start of their run, just as Terry Fox dipped his artificial leg in the Atlantic Ocean at the start of his trek.

Laury Willms and a small student choir led the entire school in the singing of “O Canada” in the backyard playground before they started running.

The anthem was quickly replaced with the sound of classic rock and screaming kids, all out in their sneakers to raise money for cancer research.