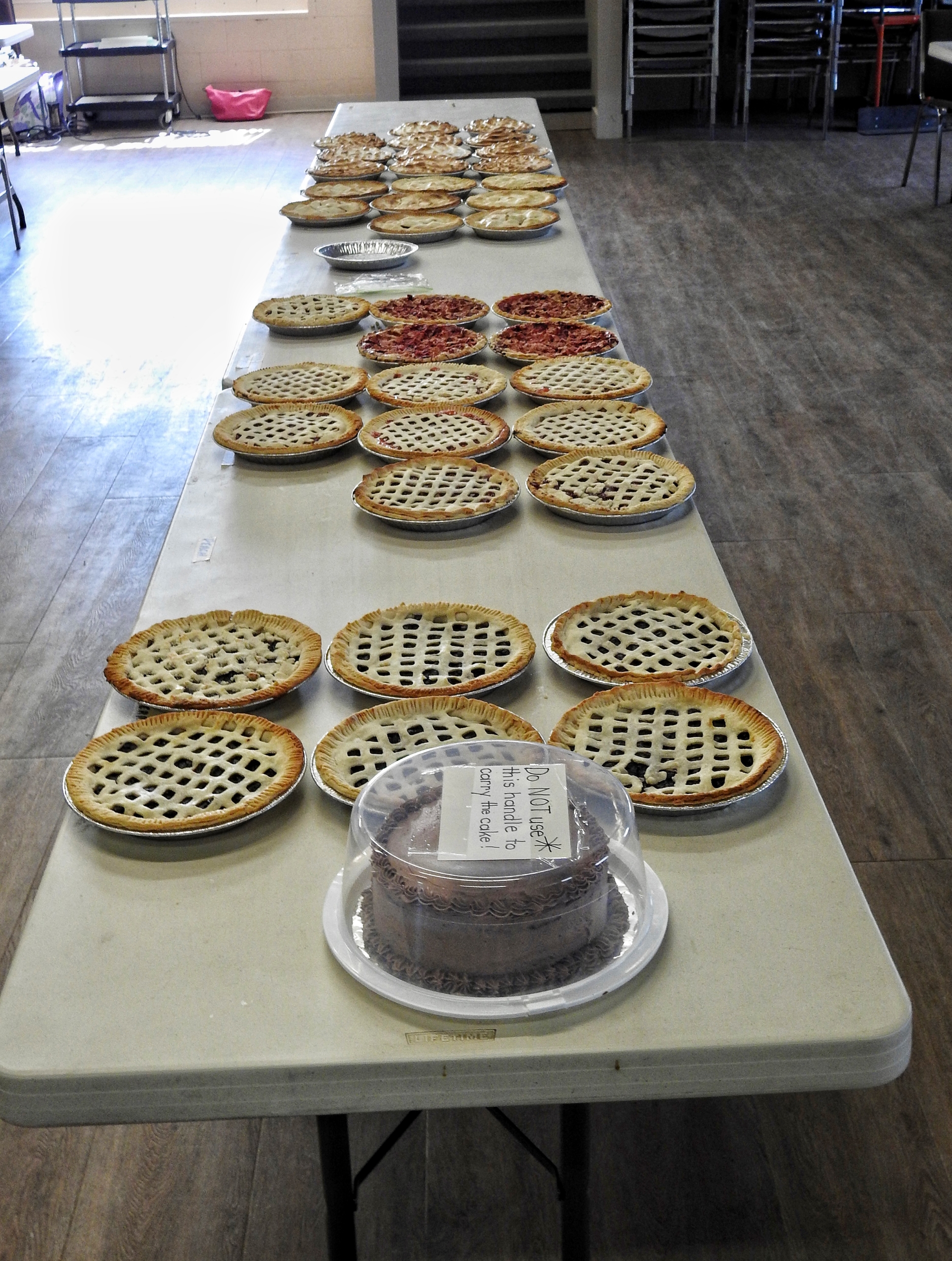 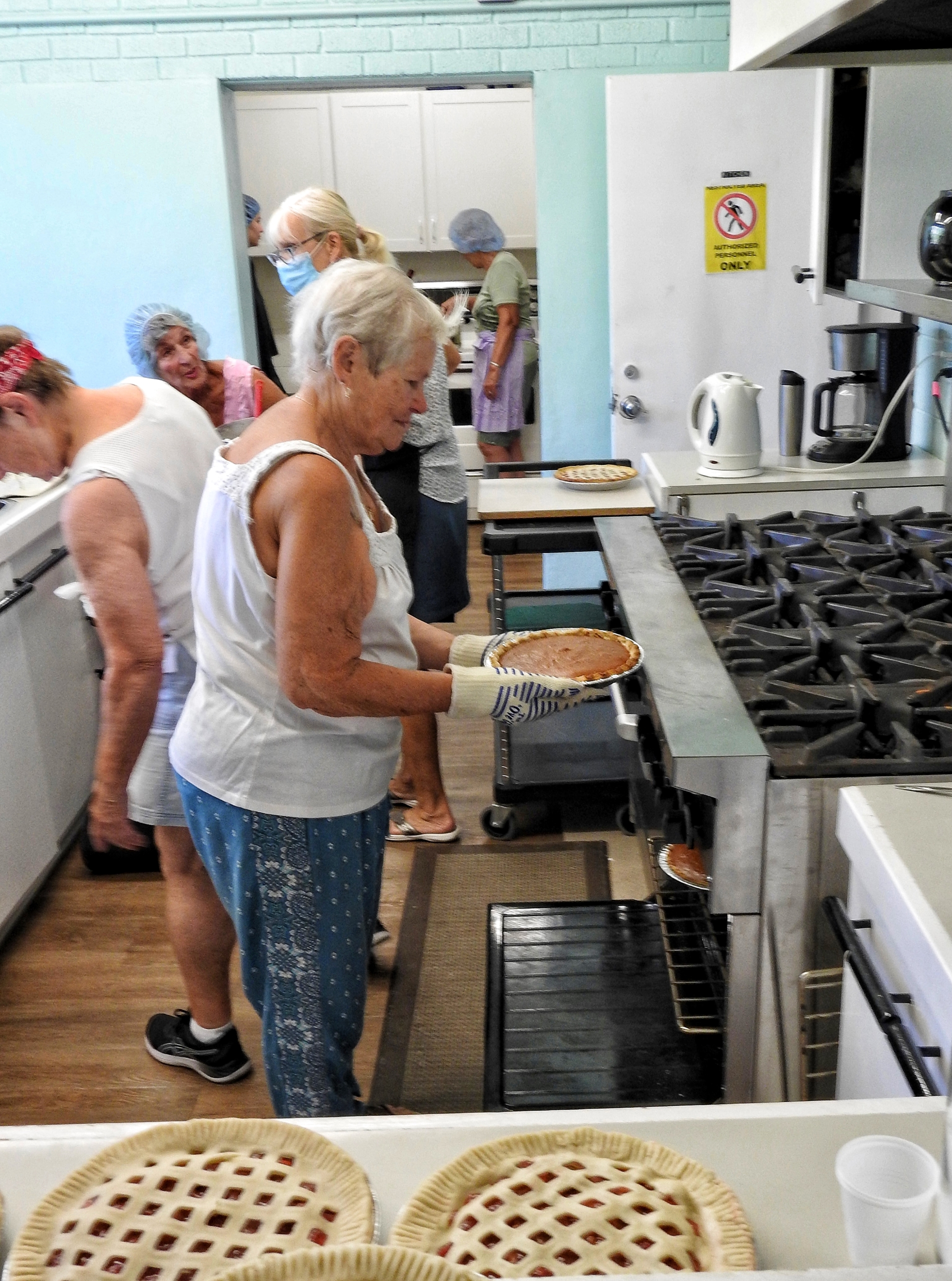 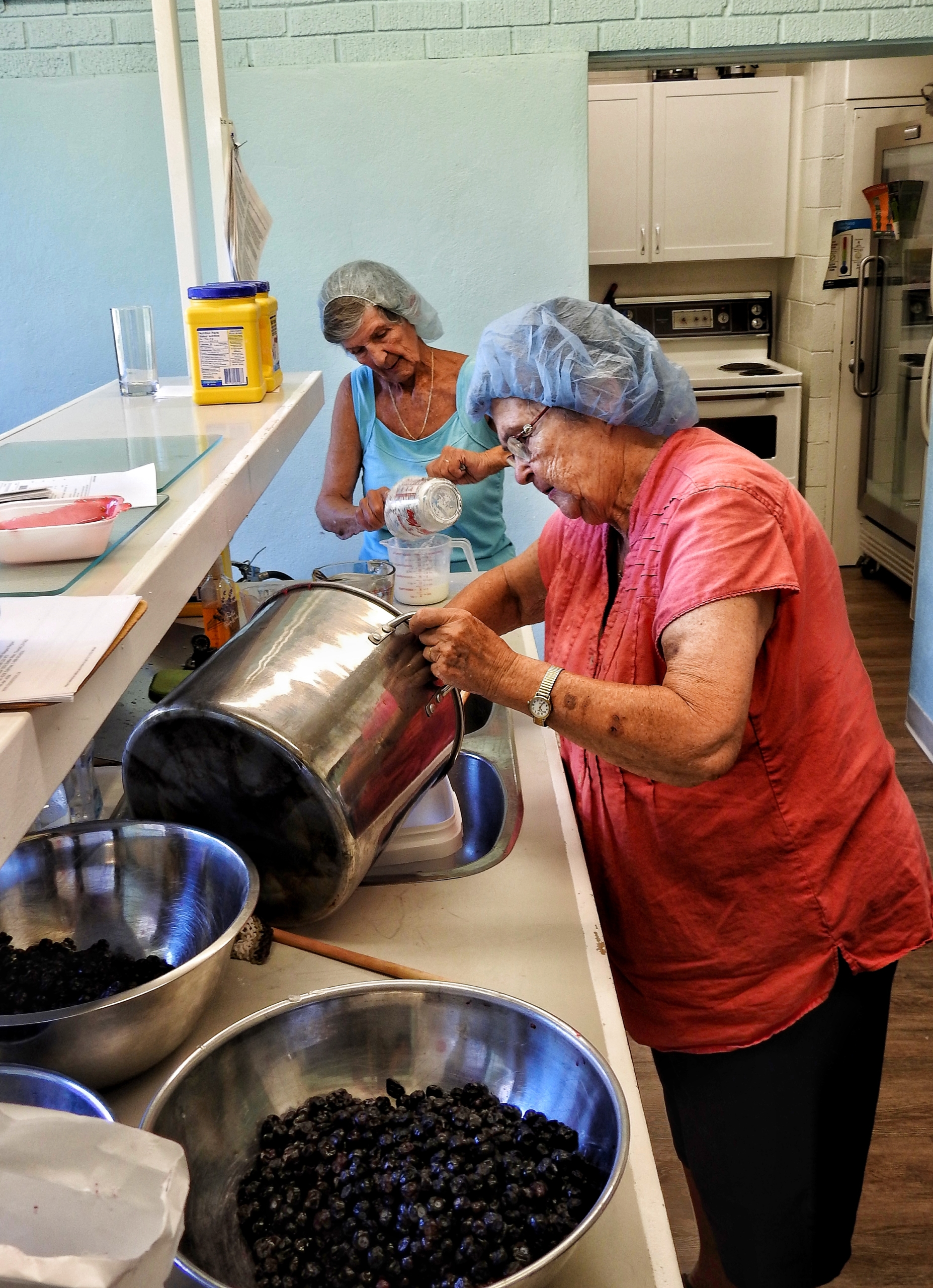 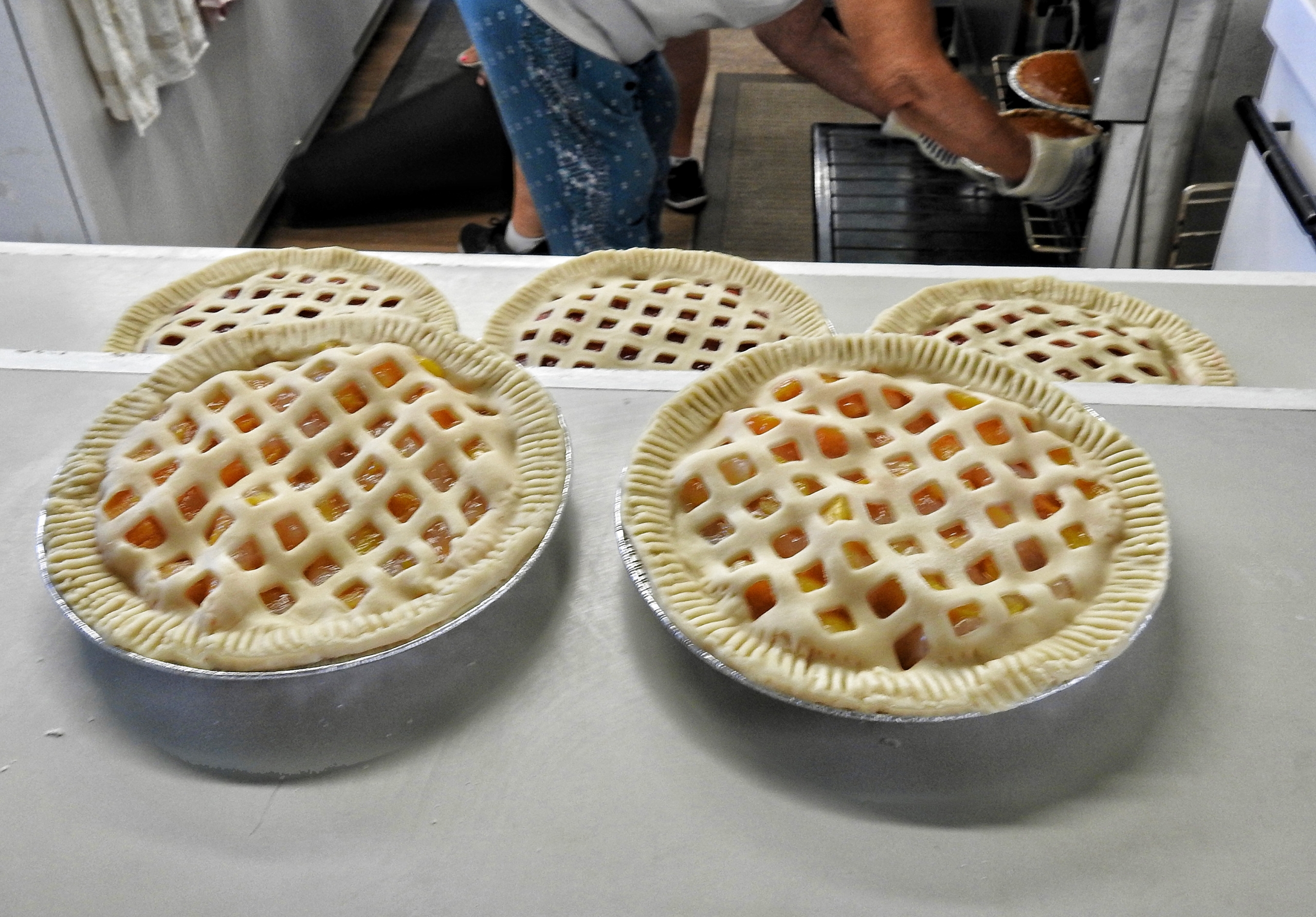 For as long as the St. Davids Lions Club has been holding its annual carnival, the women of St. Davids-Queenston United Church have been baking delicious homemade pies that are sold by the slice at the carnival.

After a two-year pause due to COVID restrictions, the church is eager to get its popular pie booth underway for the 59th year.

Pies are prepared each morning during the carnival to ensure only fresh-baked goods are sold in the afternoon and evening.

Fundraisers like the pie booth help the church keep the lights on and this is one of the biggest fundraising efforts at the church each year.
The money raised also allows the church to offset the costs of necessary capital improvements, like the recently replaced roof and the planned paving of the rear parking lot.
The success of the St. Davids-Queenston United Church pie booth can be attributed to two key organizers and an army of enthusiastic and dedicated volunteers.

Florence Turner oversees the kitchen and the pie baking while Bill Utting runs the pie booth and organizes the volunteers.

As a teenager in 1955, Turner began attending what was then St. Davids United Church.

After several years of marriage, she moved away from the area with her husband only to return in 2001. Turner has been baking pies ever since.

In 2016, she began overseeing the baking when an older member stepped down.

In an interview, Turner explained how the church became involved with the pie booth in the first place and why the church is invited back each year.

“When the Lions first formed in 1963 as St. Davids and District Lions Club with their new charter, they didn’t have a place to meet.  With several charter members also belonging to our church, the board invited the Lions to hold their meetings in the church until a clubhouse could be built,” she said.

“When they started planning for a carnival and what food groups they would have, as a thanks for the time they held their meetings here, they asked if the ladies at that time would be interested in running a pie booth.”

“So, for as long as the carnival has been running in Lions Park, we have been invited to have our pie booth. My mother baked for the pie booth back then.”

Turner recalled that during the last carnival before COVID, the women baked 312 pies –  and all were sold.

She lamented that the cost of supplies has almost doubled, so for the first time in many years, the cost per slice will have to increase this year.

Utting, who is also chair of the church’s property committee, has been organizing the volunteers and managing the pie booth for several years.

In an interview over the phone, he said it was easy this year recruiting volunteers.

“On the Sunday when the announcement was made to the congregation that volunteers were needed, all spots for servers and runners were immediately filled.”

The 58 previous years of having a pie booth at the Lions Carnival have been rewarding, not only for congregation members who volunteer their time, but for all the carnival goers who purchase the pie slices.

The church also appreciates that the Lions continue to invite St. Davids-Queenston United Church to operate a pie booth at the carnival.

Says Turner:  “It has been a good money-maker for the church. It is a lot of hard work, but it is well worth it.”

Steve Hardaker has lived in Glendale for over 11 years and is active in several community organizations.

Letter –NOTL should be a priority for COVID vaccine

Letter to the editor: A lovely tale of geese and nature