13.1 C
Niagara-on-the-Lake
Back in class: Kids in seats and cops in streets for first day of school
Home » News 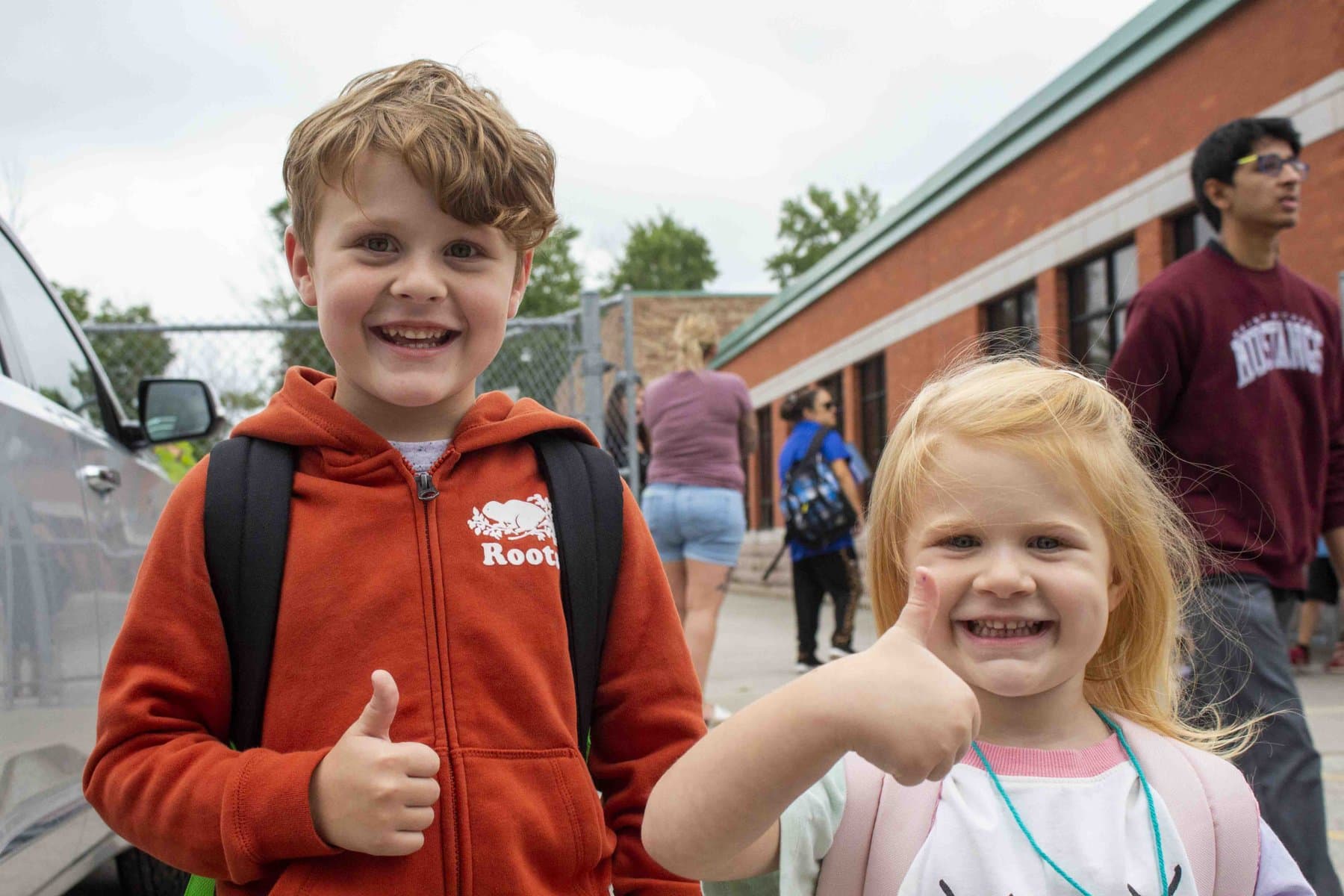 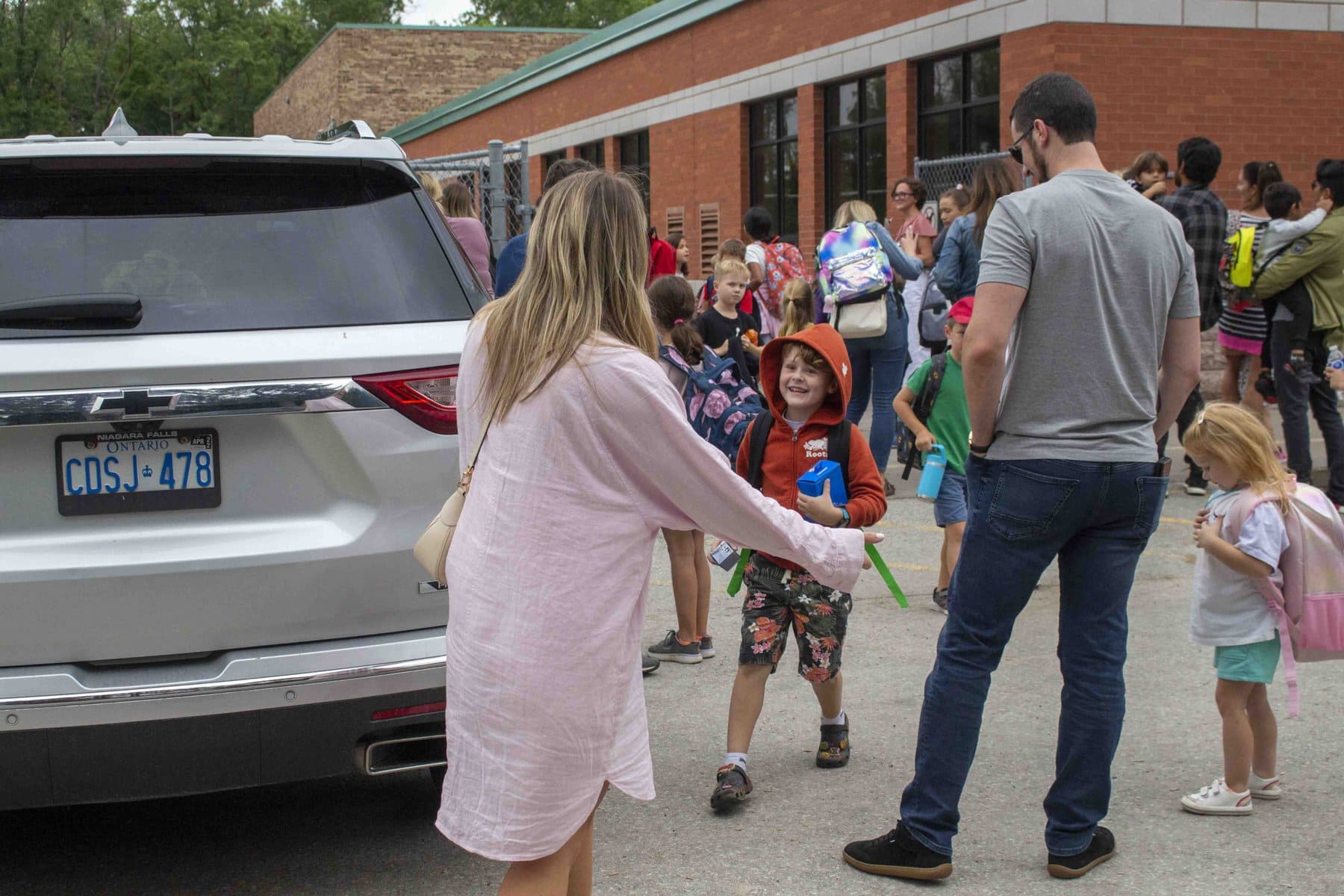 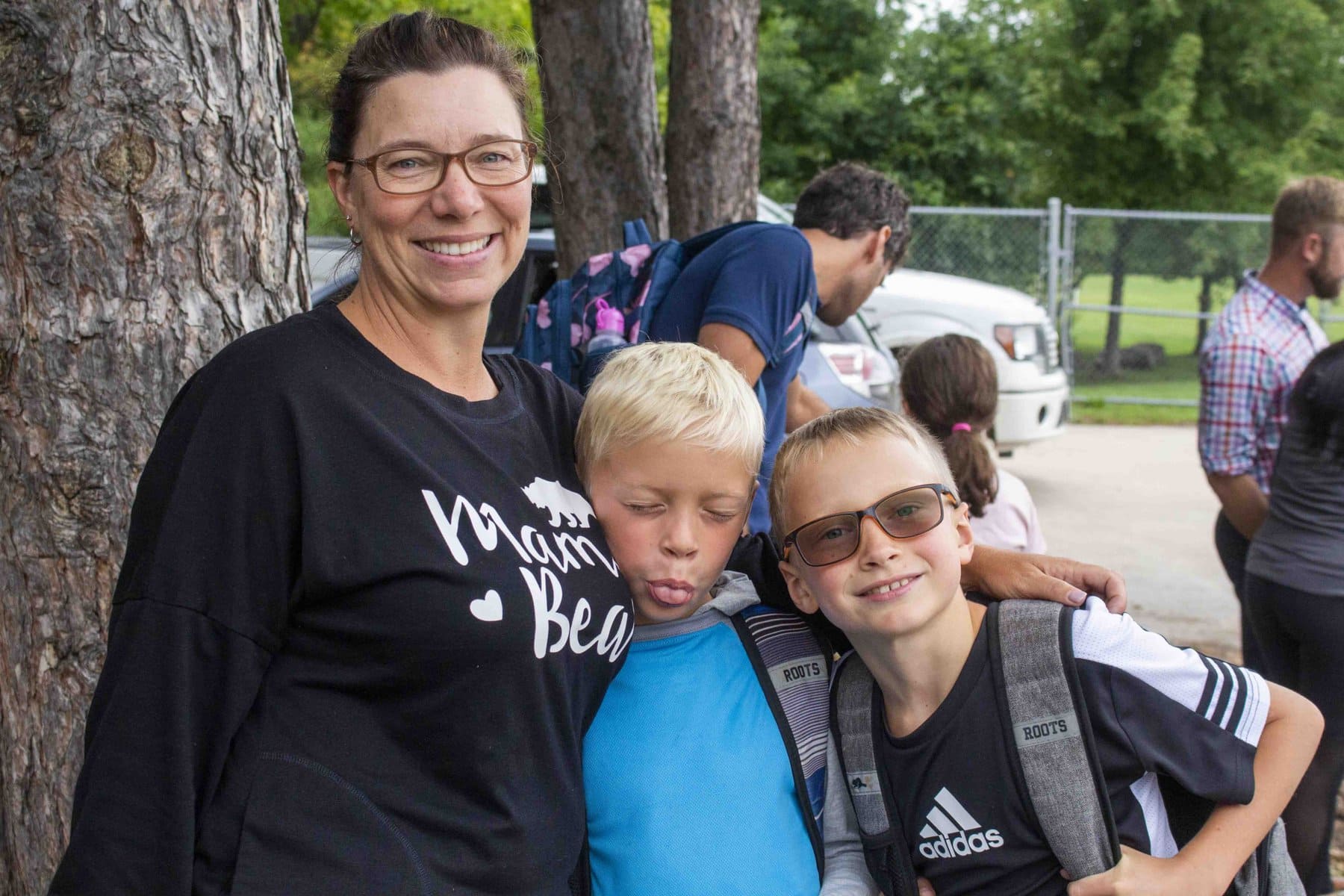 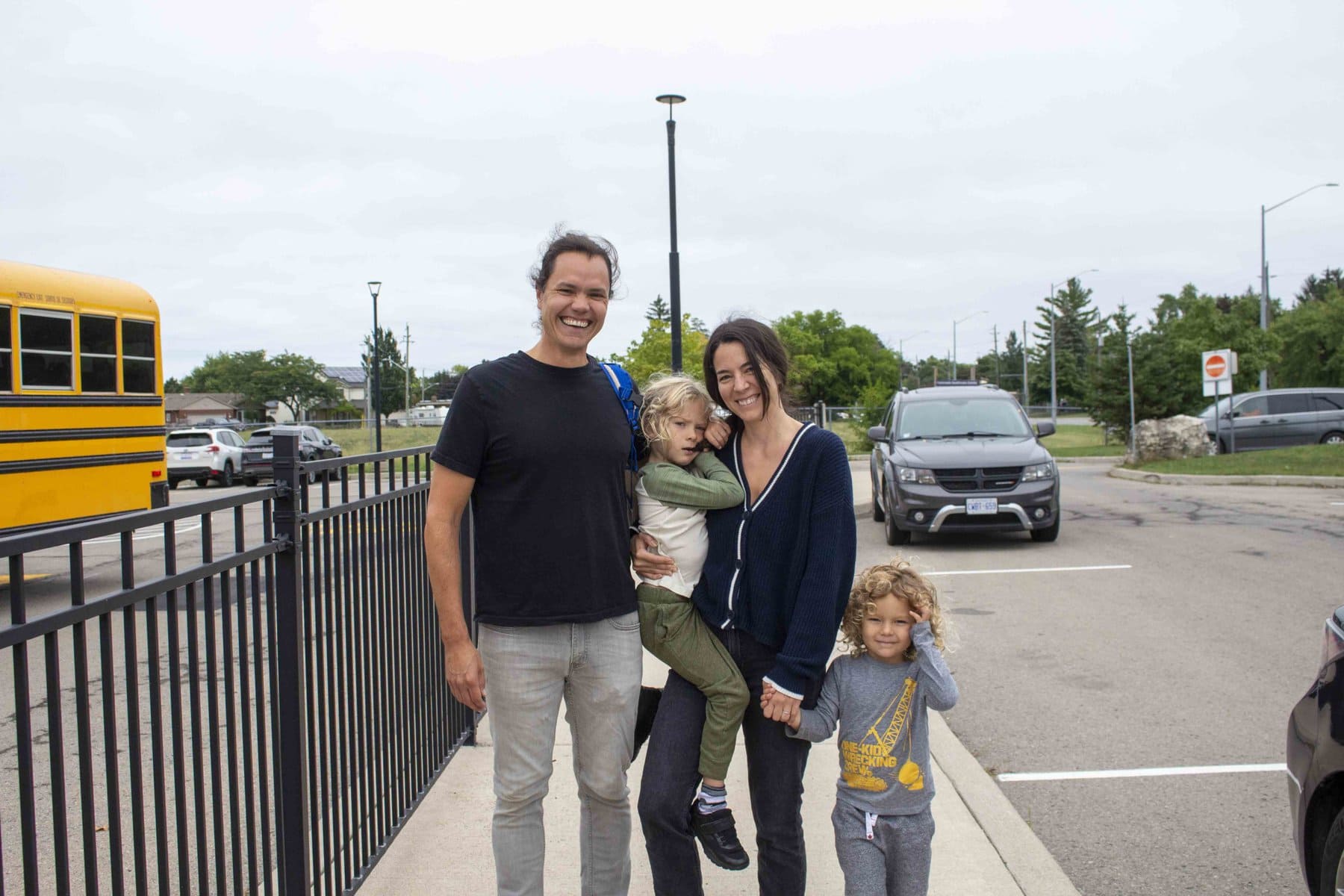 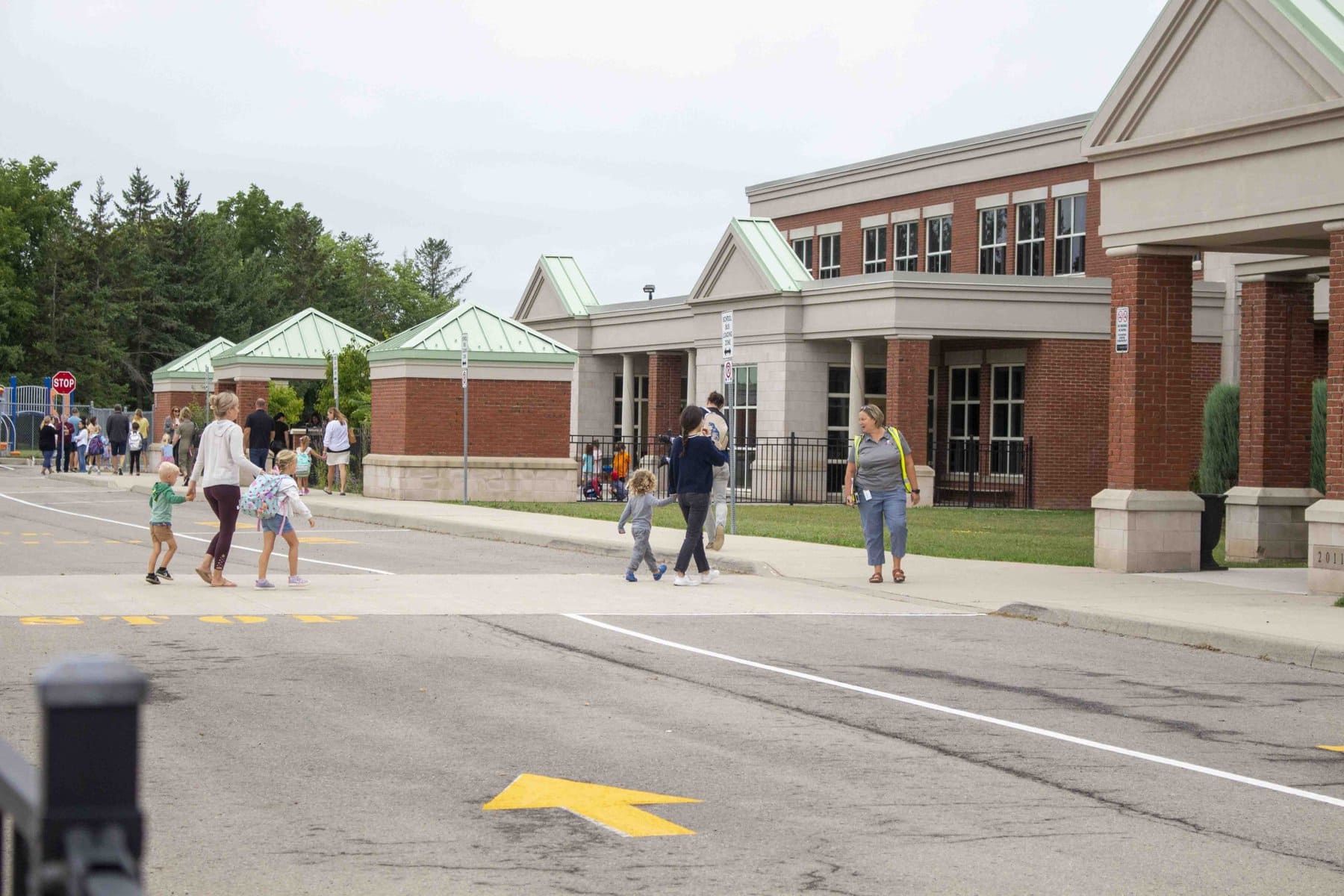 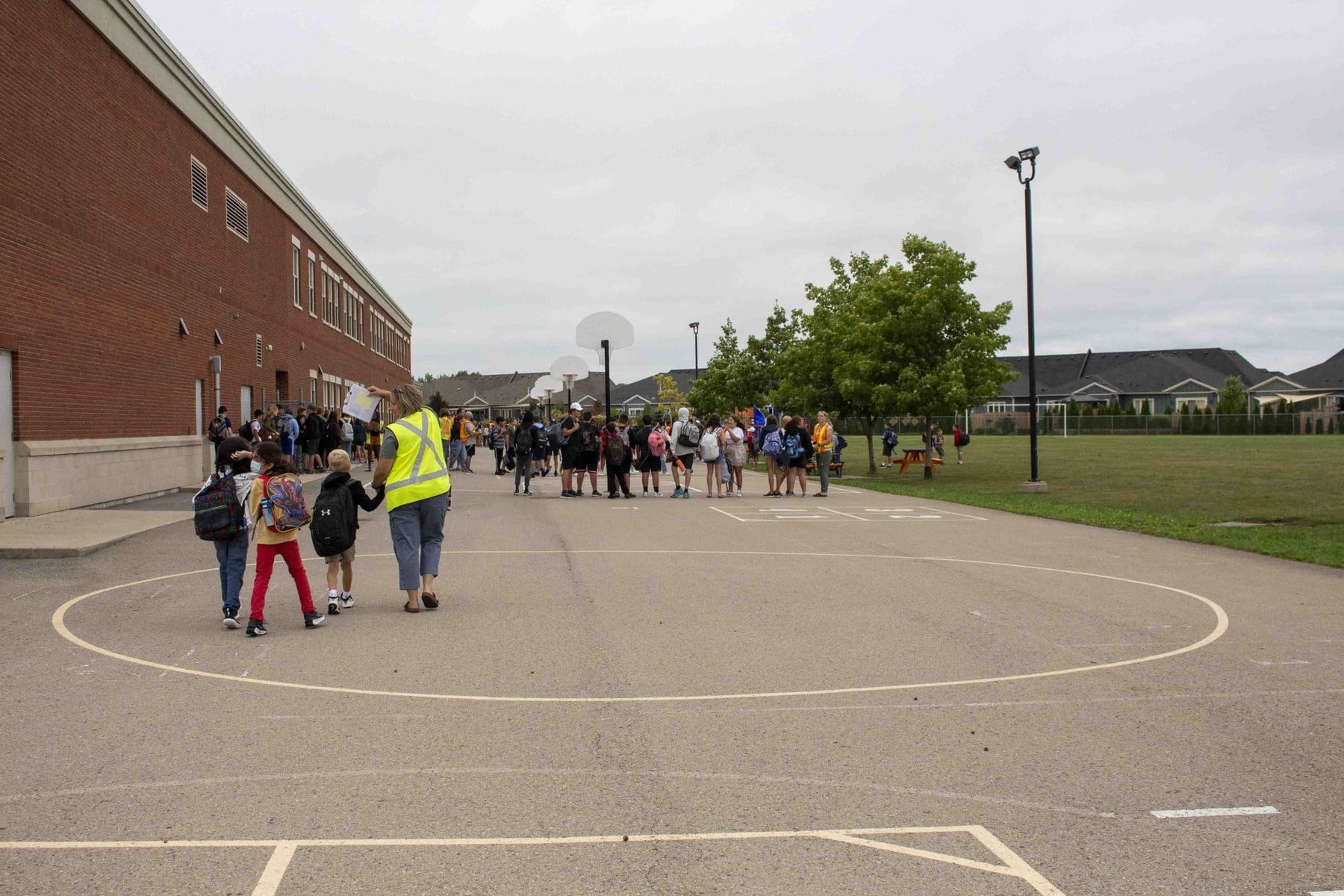 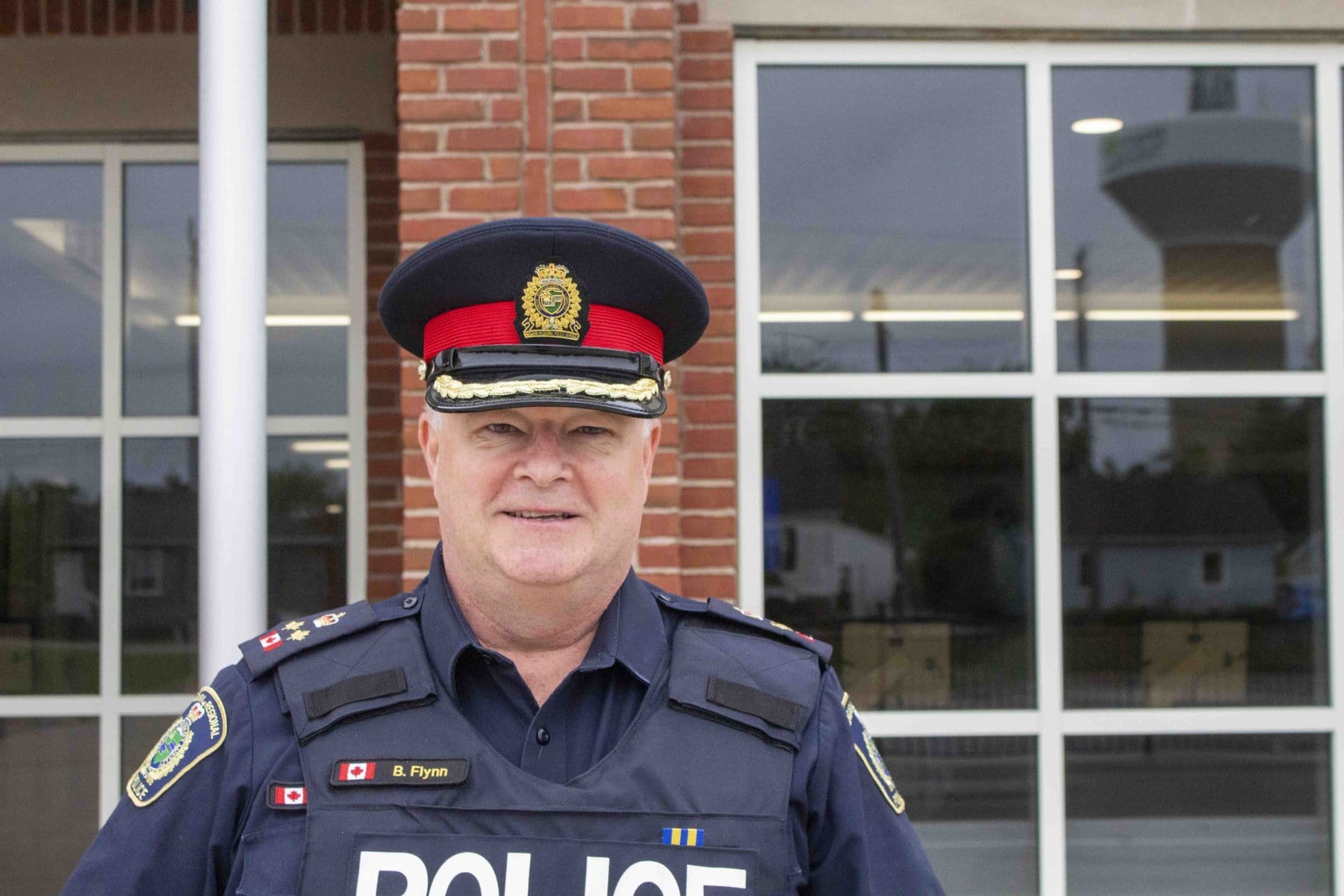 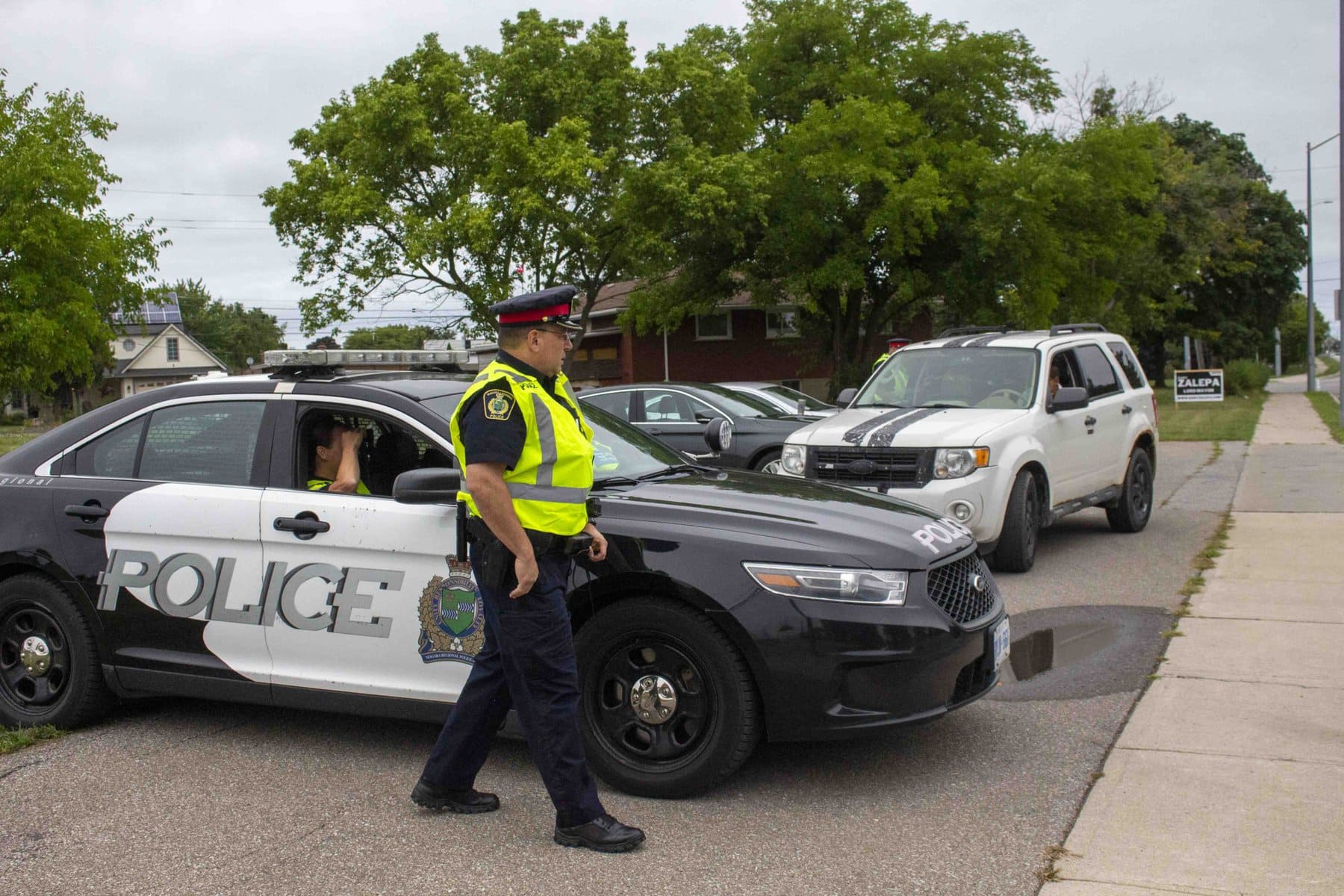 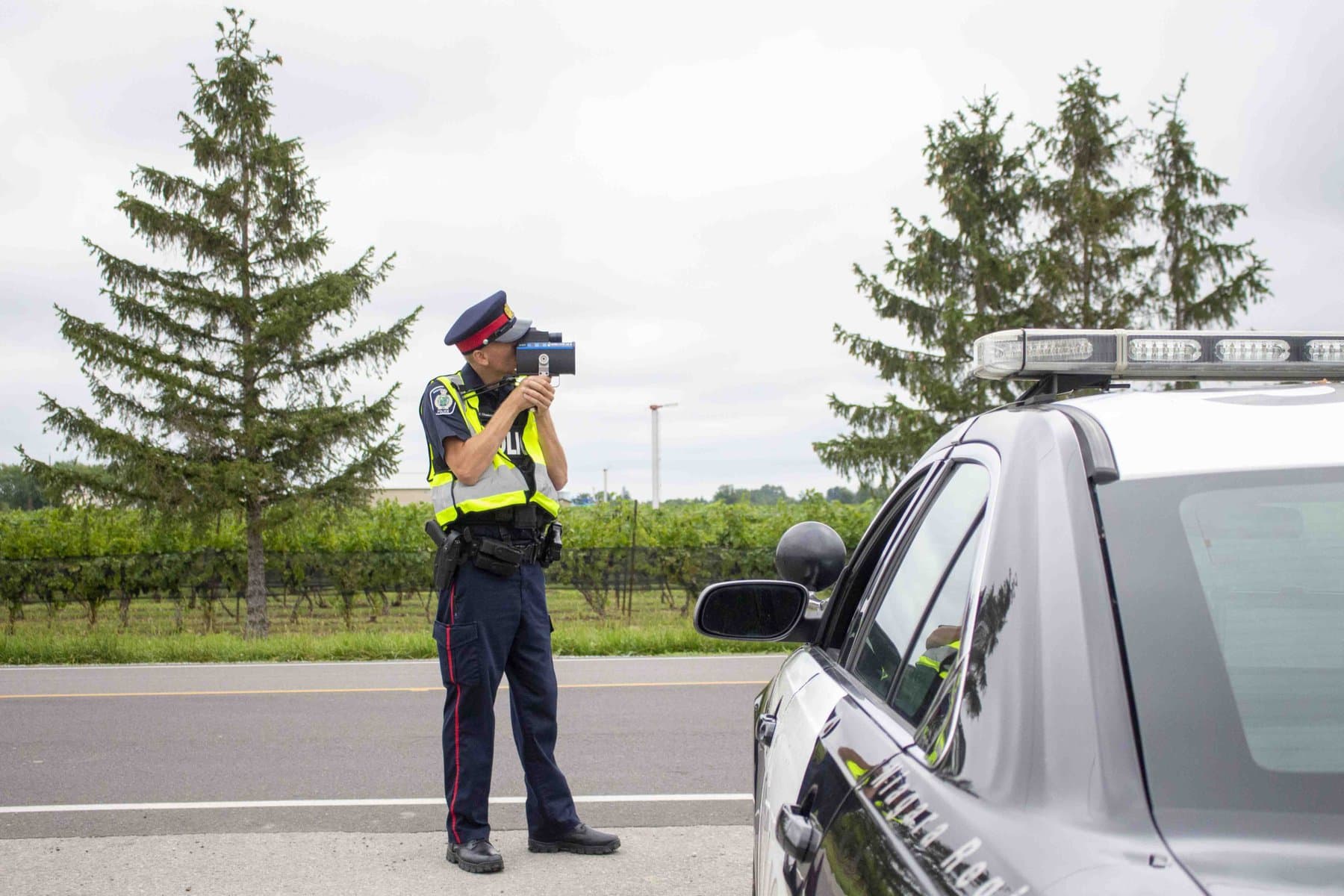 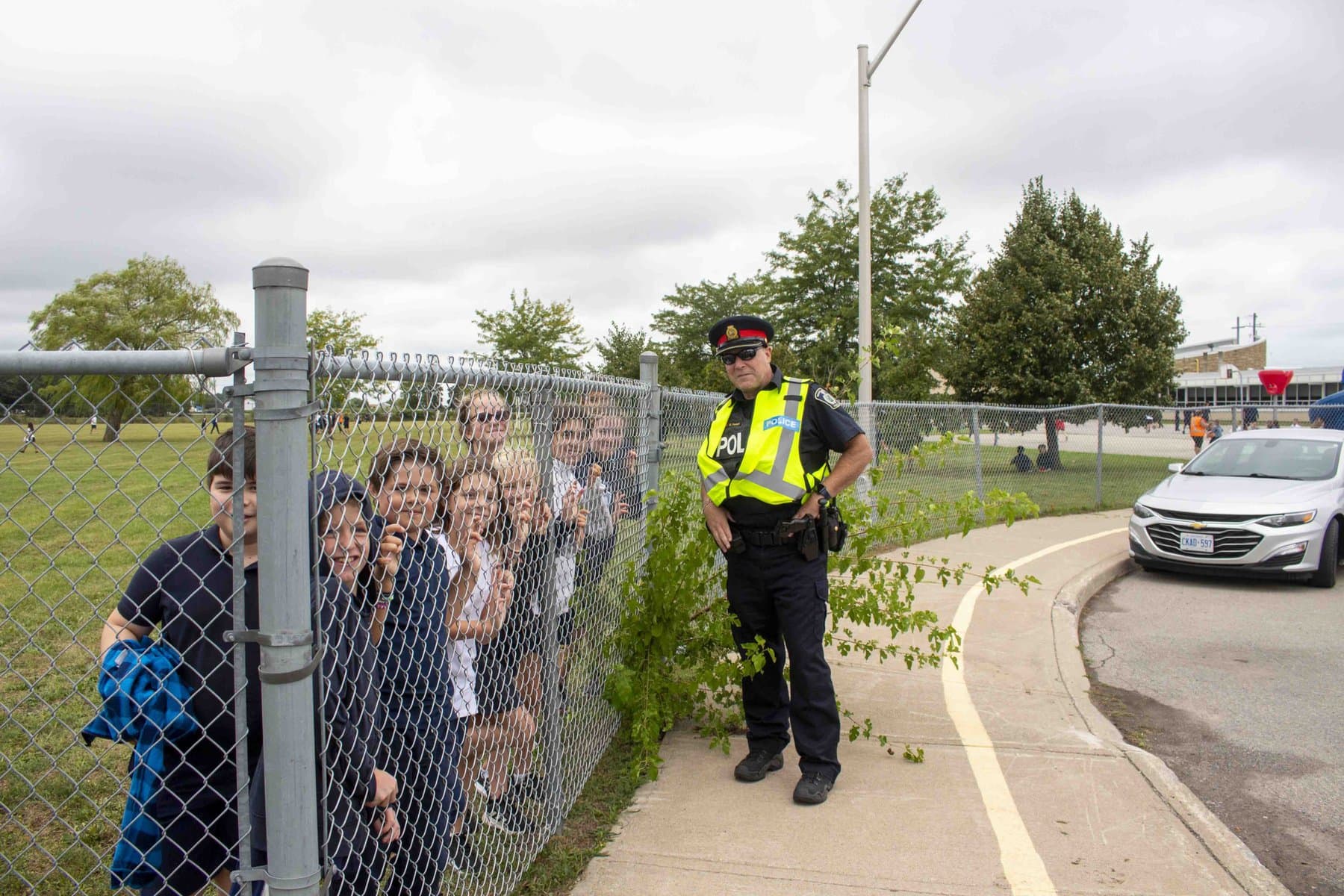 Kids all over Niagara-on-the-Lake traded in their sunglasses and beach towels for backpacks and lunch pails as they headed back to school Tuesday.

It was a chaotic and exciting first day back as children and parents arrived at Crossroads Public School in Virgil.

Some were a bit anxious after school buses arrived late for pickup.

Vice-principal Melora Brewster was busy directing parents and students to the rear-yard playground to find their classes while she waited for the big yellow buses to arrive.

“Organizing for first day back is exciting,” Brewster said while greeting students and their parents.

Officers were set up down the street from Crossroads enforcing speed limits.

Niagara police run several safety blitzes every year on the first day back to remind drivers and parents alike to be safe, he said.

“We’re in a school zone. So there’s certainly some reduced speeds around here,” he added.

Officers issued 97 tickets and warnings to drivers across the region over the course of the day.

“One death is too many on our roads,” Flynn said.

As a father of four daughters and grandfather to five, Flynn said traffic safety is an especially important issue.

Many on his team expressed similar sentiments.

“I’ve seen young people, people of all ages, lose their lives. And for something that could have been prevented,” Insp. Darrin Forbes said in an interview.

There are many things people can’t control in life but “traffic collisions and fatalities are preventable,” he said.

The officers exchanged occasional high fives with the kids as they monitored traffic.

Meanwhile, Adam Martin was dropping off his sons Emeric and Winslow for the first day of school.

Winslow was starting junior kindergarten and Emeric was entering Grade 1.

There were a few masks in the crowd at Crossroads Tuesday morning but families expressed little concern.

“With kids this young, I must be honest, our concerns are not very high,” Martin said.

The government continues to recommend masks to protect against COVID-19, but they remain optional for students.

Martin said his concerns were “negligible at this point,” but he acknowledged that kids with compromised immune systems might still be worried.

Martin’s sentiments were shared by another parent, who stayed behind to watch the students go in at the morning bell.

“We’re not afraid of COVID,” Sandra Bigford said in an interview.

Bigford, who has two kids at Crossroads, in grades 7 and 8, was happy to see her kids back in school where they can get the support they need from their teachers.

“I’m not a teacher. We all have different professions. They’re teachers for a reason,” said Bigford, a sous chef.

Just down the road at St. Michael, the kids got to spend their 11:30 recess with the police.

Det.-Const. Karina Ferretti was entertaining some kindergartners through the fence.

Ferretti was telling the curious children that police were there to “keep them safe and tell people to slow down.”

After a mostly cloudy day, the sun came out to shine on the final bell of the day.

When the bell rang at the end of the day, kids came the back door, running headlong into the open arms of parents waiting to meet them.

Loretta Valstar was there to pick up her boys, Caleb and Owen.

She gripped her sons in a playful hug before sharing their silliest faces with The Lake Report.

Ashley and Matt Wasilewicz were also there for the post-class pick up.

Their daughter Roza was sporting an oversized pink backpack and a slight pout.

Her brother Harrison came out with a big smile and a big hug for his mom, then headed home.

As the buses left, the playground calmed and the teachers turned inside to get ready for day two.

Dr. Brown: Even when Einstein was wrong, he was right