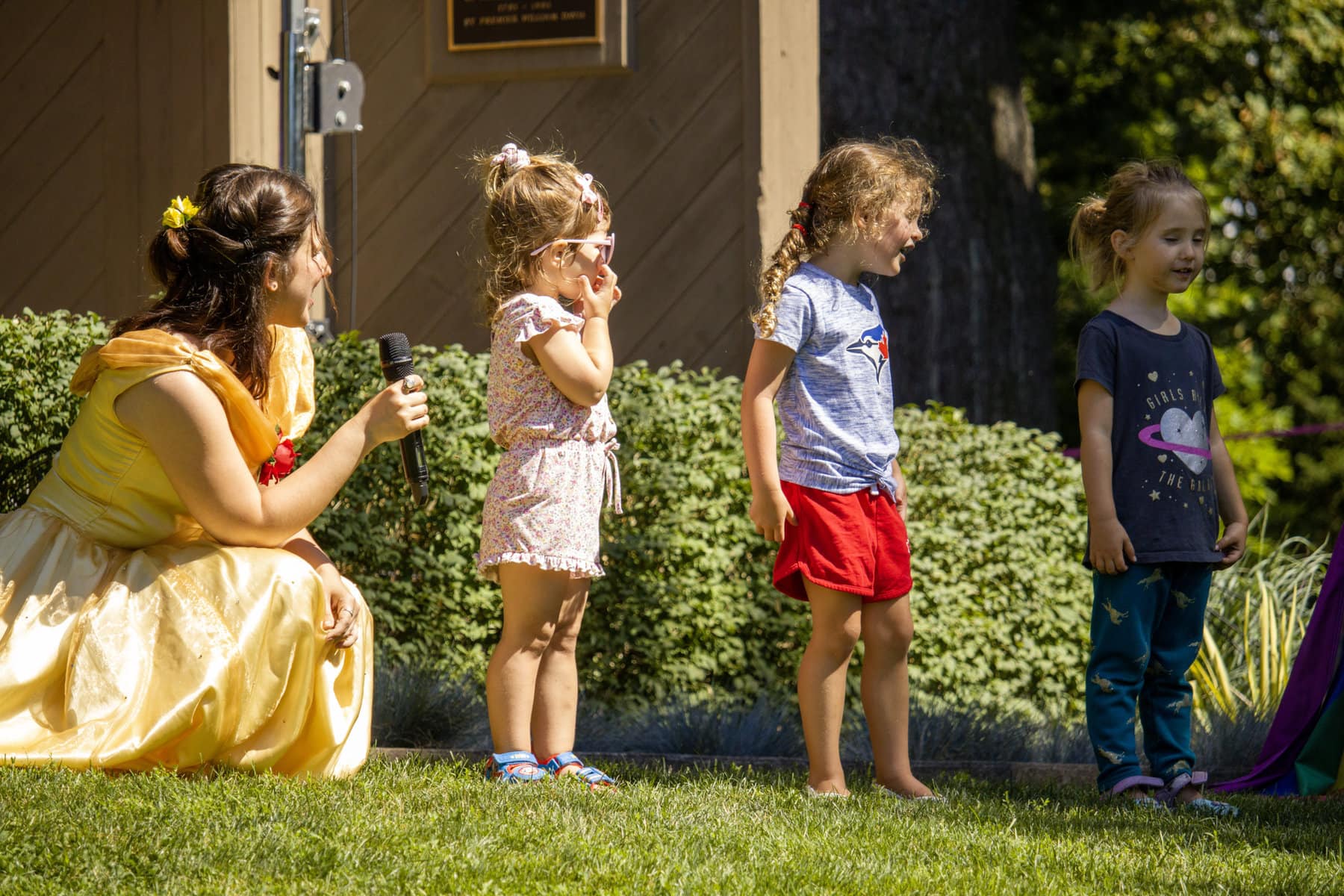 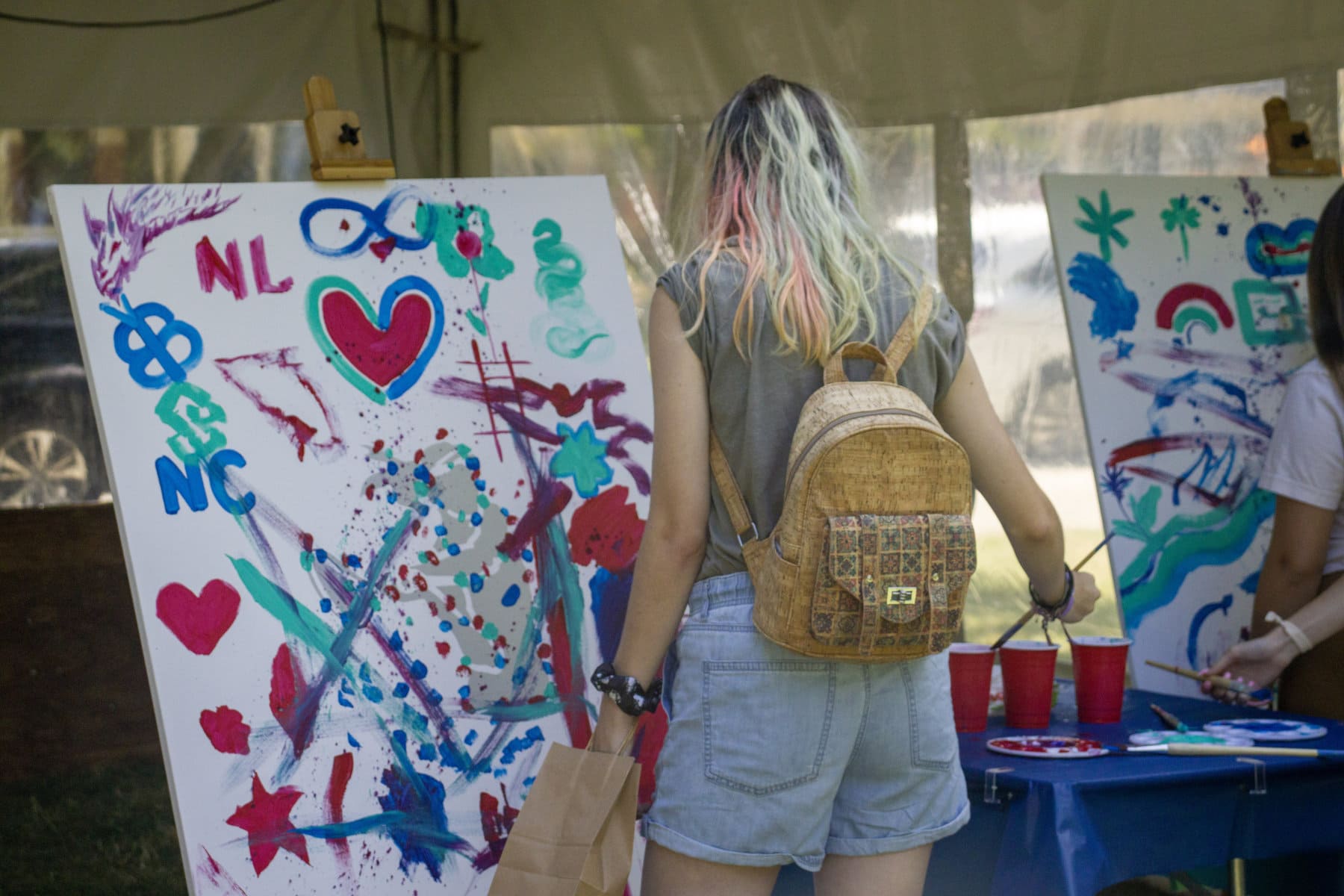 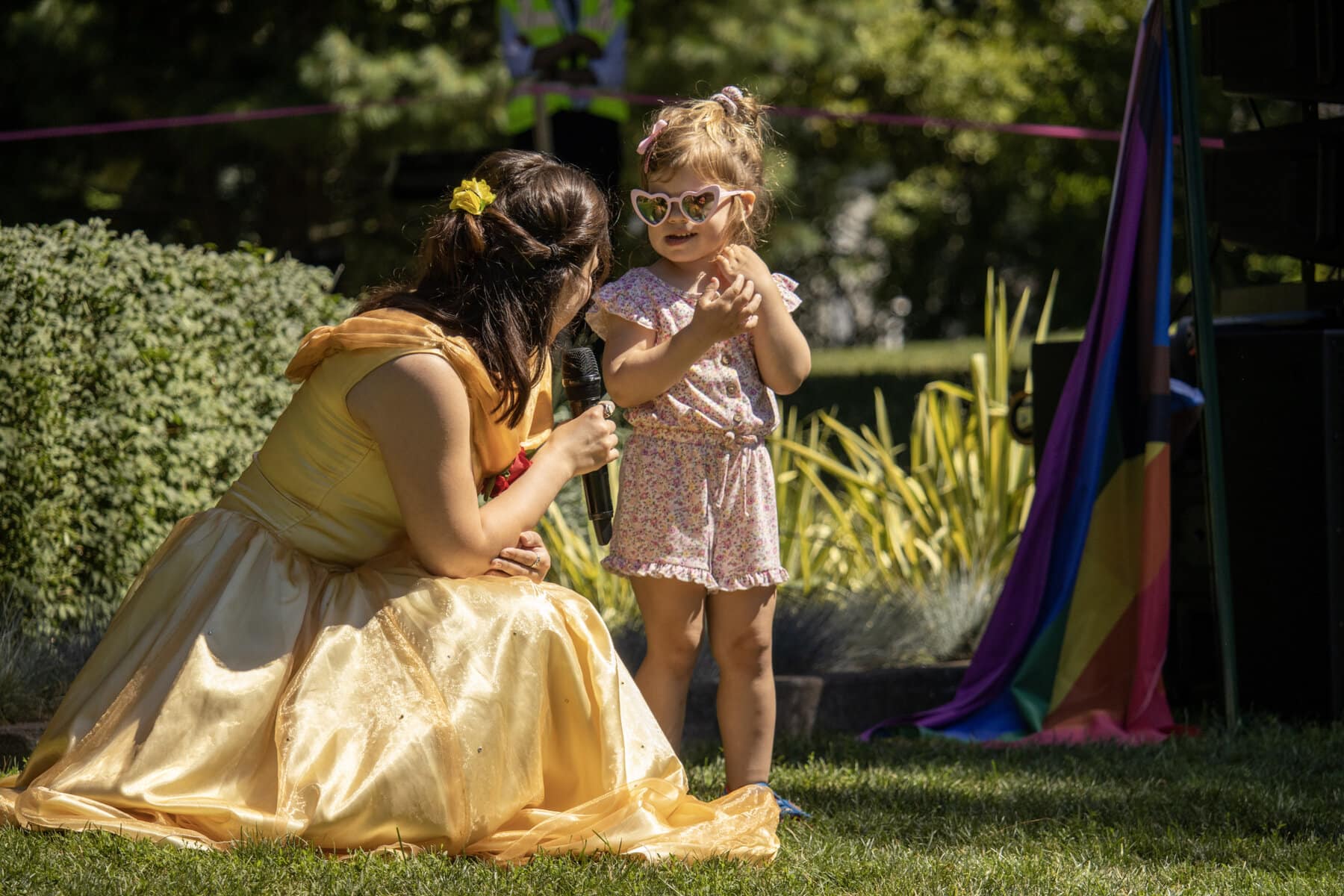 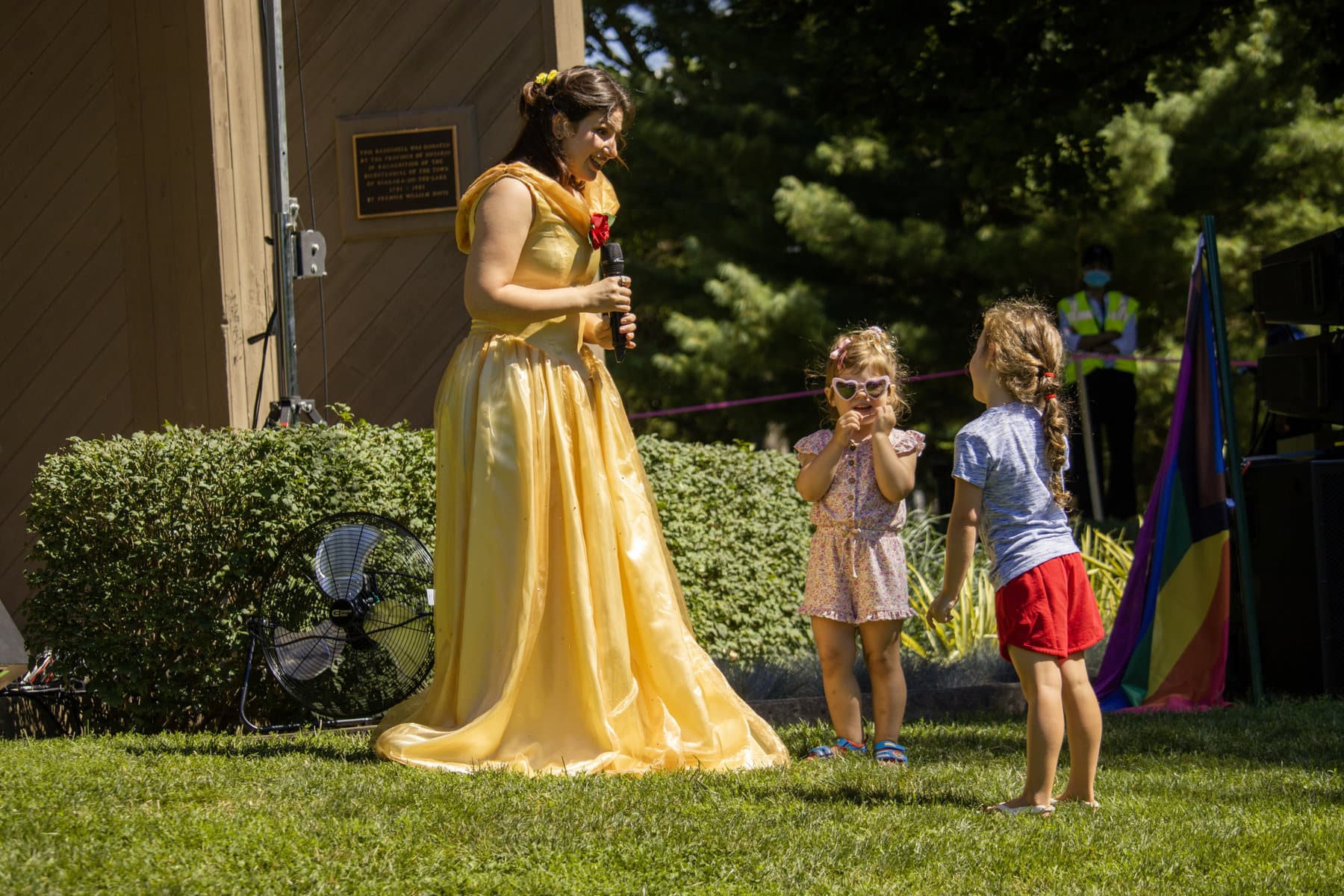 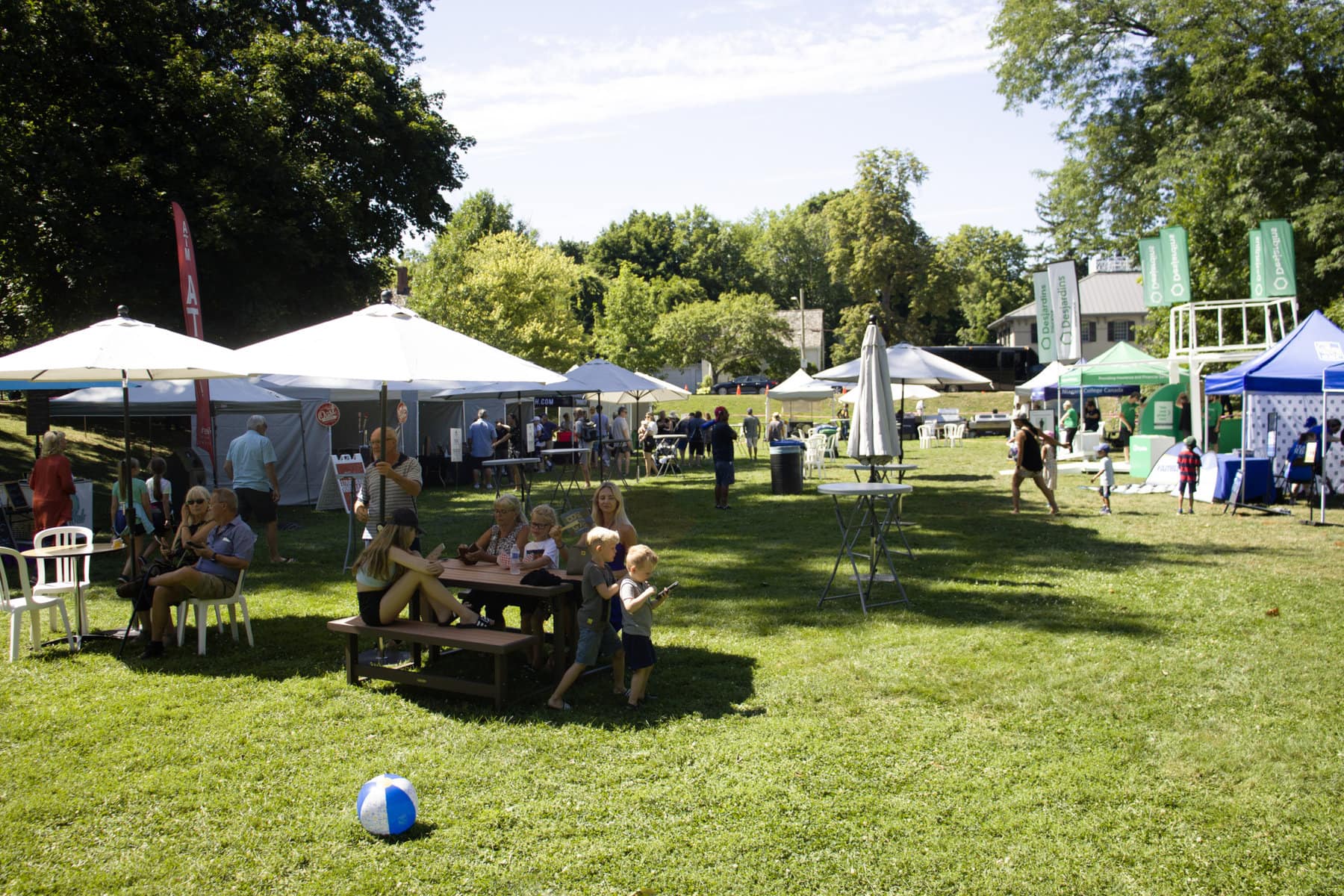 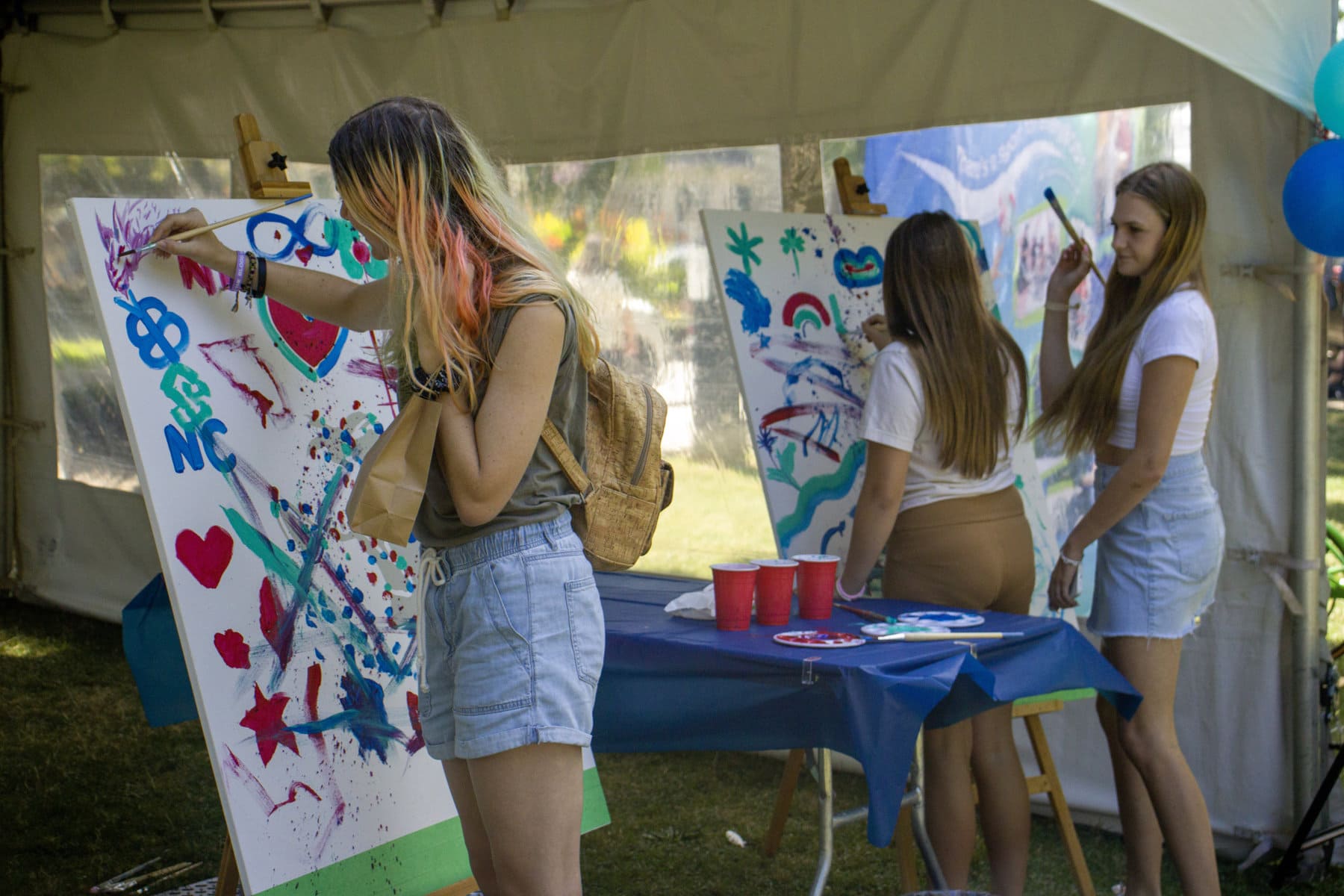 The 13 for 13 cultural festival finally made its way to Niagara-on-the-Lake Wednesday and it brought a piece of British Columbia with it.

Vendors from NOTL and across Niagara set up at Simcoe Park in the heat, ready to meet new people and celebrate the first week of the Canada Summer Games.

The day-long festival was set to conclude with an evening performance by B.C. band Said The Whale.

During the afternoon, those who were feeling creative had the chance to paint on one of the two canvases at the Niagara Pumphouse Arts Centre booth.

“We decided to do a Make Your Mark art event. We have the two canvases going and we’re asking people of all ages to come and make their mark,” said Kateri Foreman, one of the staff members at the Pumphouse.

Each canvas represented the sports being played in NOTL during the Games.

One had tennis, the other featured sailing. Children and adults alike were encouraged to grab a paintbrush and participate.

“They can paint a picture, splatter, jab, whatever they want,” said Foreman.

For those who didn’t feel like painting, they had the option to shop local at booths like Queenston Tender Fruits and 9 Acres Organic Farms of Beamsville.

Siebert and Lott had fruits and vegetables, honey and wood balm for sale, all of which are organic.

The afternoon, though hot, attracted more people as time went on.

As soon as she took the stage in her yellow ballgown, children gathered around her to sing some classics and read a fairy tale.

“We decided to bring our grandchildren here so that we could see how they were celebrating British Columbia,” said NOTL resident Karen Ashley, who was sitting with her grandson Brock while listening to Belle read the audience a story.

The 13 for 13 festival has been in the works since 2019 and many people were excited to see it come to fruition.

“We’re getting to see a lot of great different areas in the Niagara region,” said Paula Racher, manager of events and community relations for the Niagara 2022 Canada Summer Games.

She said that the synergies of the wine regions between Niagara-on-the-Lake and British Columbia played a big part in the pairing of the two provinces.

“It’s great to get out and explore our entire Niagara region by visiting these festivals, as well as getting a little taste of all of Canada without leaving,” she said.

Later in the evening the Vancouver-based, Juno-award winning band Said The Whale was to take the stage. Many people, including vendors, were excited to see the band.

“I think it’s important not just for Niagara-on-the-Lake, (but) for all of Niagara to come together again after two and a half years of pandemic,” said Racher.