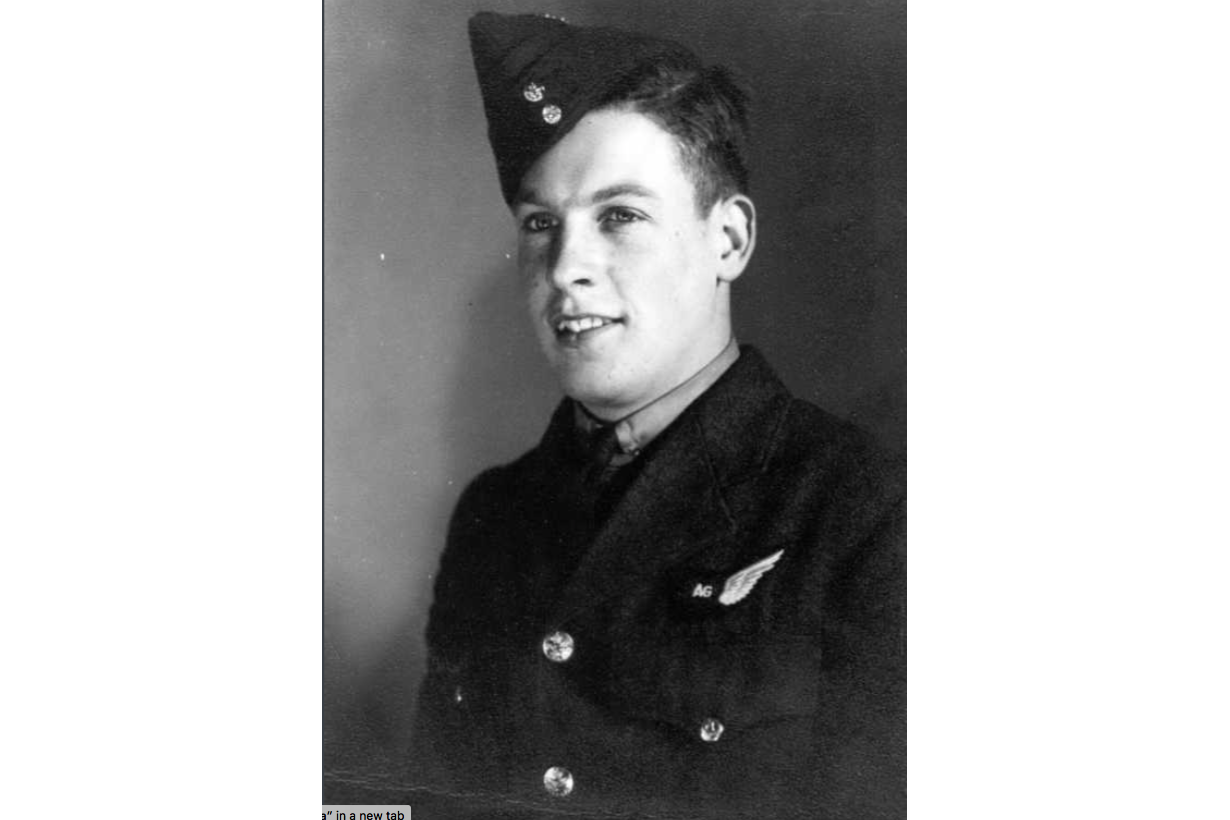 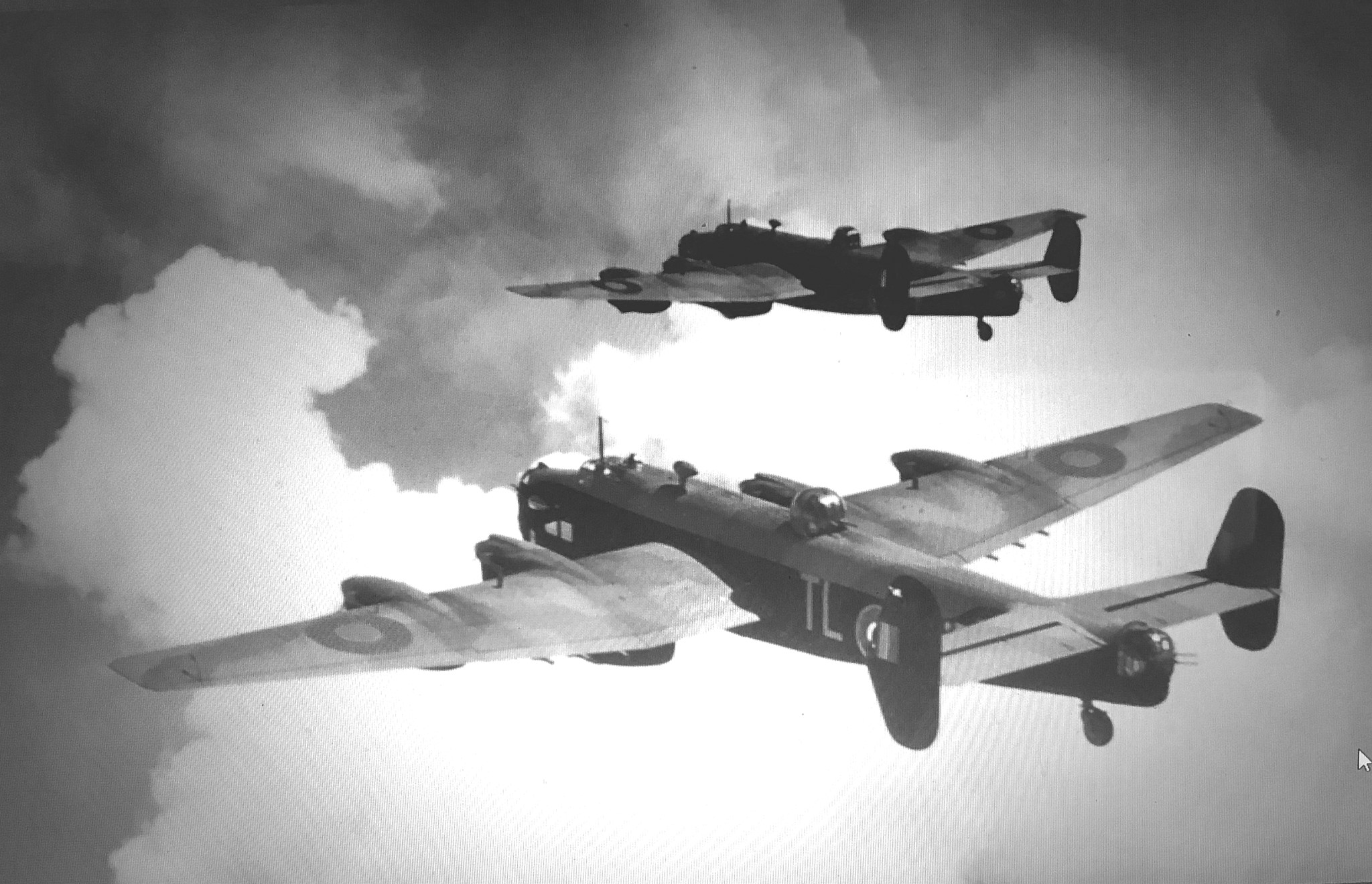 Only 21 years after the First World War ended, Nazi aggression in Europe encouraged Canada to join the rest of the British Commonwealth in opposing Germany.

Over the next six years 1.1 million Canadians served in the war.  More than 42,000 were killed and 55,000 wounded, with disproportionately high casualties in the Royal Canadian Air Force.

Some 232,000 men and 17,000 women served in the RCAF during the war, mostly in Canada in support of the British Commonwealth Air Training Plan. Aircrew serving overseas numbered 27,104 men. More than  half of these volunteers were killed in action.

Niagara-on-the-Lake resident Lawrence Ronald Lamoure was born in Toronto on Nov. 30, 1923, but the family moved to NOTL not long afterward.

Lamoure, like other local boys, was thrilled when biplanes of the RCAF swooped down out of the skies to participate in summer militia training camps on the Commons. He was mesmerized by the stories of First World War flying aces.

When the Second World War broke out, Lamoure wanted to be an airman but was only 15 at the time, a student at the high school on Castlereagh Street.

Later that year he landed a job with the National Steel Company in Milton, working on airplanes as a riveter. Shortly after turning 18, he applied to join the RCAF.

While awaiting a response from the recruiting office he took a correspondence course for preliminary training as a pilot or observer. It took a few months, but he was finally accepted.

On March 14, 1942, he travelled to Hamilton to formally join the RCAF.

Lamoure was sent to the Manning Depot in Toronto where he was trained in all the minutiae of service life. There he also was assessed and assigned to another depot for further training.

His hopes of becoming a fighter pilot were dashed. He was assigned to train as a machine gunner in a bomber crew. Over the next several months he received further training in firing, cleaning and maintaining aircraft machine guns.

He also went through drills to better understand his role as an air gunner and his duties aboard a bomber in action.

When he finally was ready for air combat, Lamoure boarded a troop ship in Halifax and arrived in the U.K. on Feb. 4, 1943, with the rank of technical sergeant, air gunner. More training followed as he waited in a reinforcement depot for assignment.

Finally, he was sent to the 419 “Moose” Squadron, flying from the air force base of Middleton St. George in Durham County.

Lamoure arrived at the base on May 16, 1943, but was not immediately assigned to a specific bomber crew. He was given time to orient himself to the squadron and was then granted leave from May 20 to 26.

On his return to base, he was posted as a gunner on Halifax number JB 793. Finally, the day arrived when his crew was briefed for a mission, a bombing raid on the German city of Wuppertal.

On May 29, as dusk fell, Lamoure climbed aboard the bomber with his six crewmates. His plane made a successful bombing run on their target but while returning home was pounced on by a swift German night fighter.

The plane was badly damaged and began its long plunge to earth. Three of the crew were able to jump with their parachutes. They safely landed but were captured, spending the rest of the war in PoW camps.

Lamoure, along with the pilot, flight engineer and tail gunner went down with the plane.

Sadly, his first mission in combat was his last.

Lawrence Lamoure was the first Niagara-on-the-Lake resident to be killed in action in the Second World War. He is buried in the Hotton War Cemetery in Belgium.