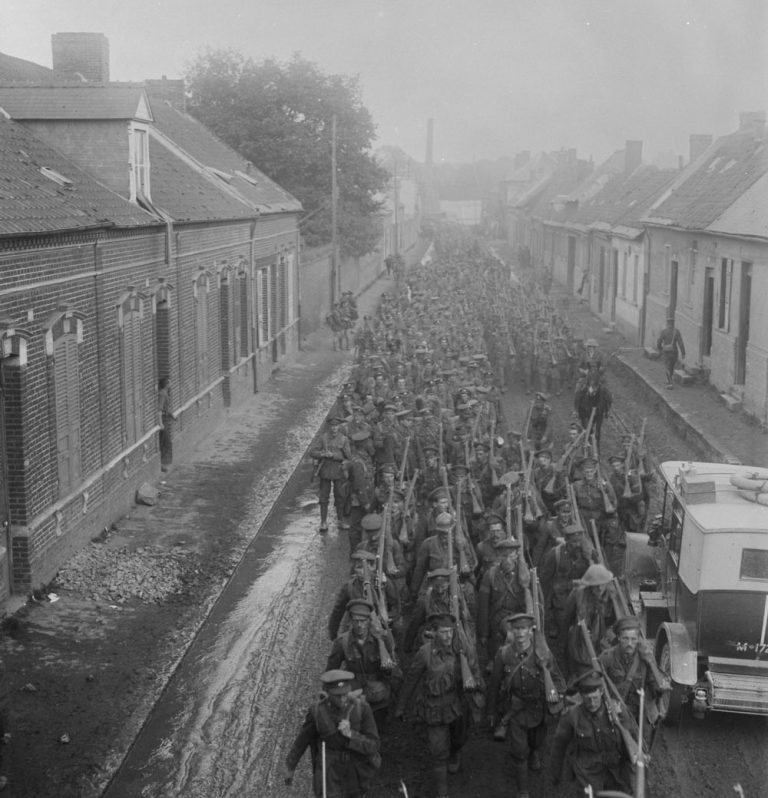 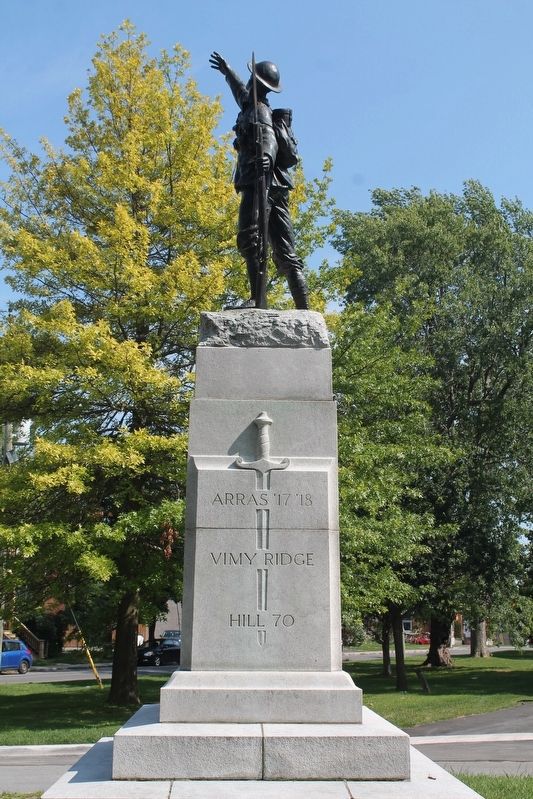 This year marks the 100th anniversary of Niagara-on-the-Lake’s iconic clock tower cenotaph. Two years later, in 1926, the Township of Niagara unveiled its own memorial in Queenston. In recognition of those who fought and died in two world wars and beyond, NOTL historian Ron Dale has been researching the stories of the people – all men – whose names are engraved on the two cenotaphs. This is one in a series of stories documenting and remembering the sacrifices of those commemorated on the municipal memorial in Queenston.

The government of Canada had sent her a silver Memorial Cross medal, given to the wives and mothers of men who died in service during the war.

Undoubtedly this would have renewed the tears that flowed for her lost son three years earlier. Just before Christmas, two months after receiving the medal, William and Sarah Houghton received another memento of their son’s sacrifice, a beautiful scroll suitable for framing.

A year later, again just in time for Christmas, they were sent a memorial plaque.

It was a 120-millimetre bronze disc with their son’s name engraved on it along with the sentiment that he had “died for freedom and honour.”

The plaque was known among veterans as a “dead man’s penny.”

William and Sarah Ann had emigrated from Manchester, England, in June 1912 and settled in St. Davids. William worked as a wallpaper printer. With them were their sons Joseph, Ernest and Norman, and daughter Marie.

Their son Ernest became a military man shortly after the Houghtons settled in St. Davids, enlisting as a part-time militiaman in the 44th Lincoln and Welland Regiment.

He was 17 when the family immigrated and was able to work with his father as a wallpaper printer.

When the First World War broke out on Aug. 4, 1914, militia regiments like the Lincoln and Welland increased the intensity of training while putting increasing pressure on their members to enlist in the Canadian Expeditionary Force for overseas service.

Ernest enlisted in the 76th Overseas Battalion on July 27, 1915, and immediately underwent much more involved training with that battalion before being shipped to England on April 23, 1916.

On June 28 he was transferred to the 21st Battalion of the Canadian Expeditionary Force, which already was fighting in France. After crossing the channel to France, he found himself on the front lines with that battalion.

Houghton was assigned duties as a scout in the 21st Battalion, primarily active in crawling out into “no man’s land,” the shell-cratered battlefield between the Canadian and German trenches, to reconnoiter enemy defensive works and gather intelligence on the numbers of Germans manning their positions.

On Oct. 1, 1916, Houghton was wounded while scouting enemy positions. It took a little over two months to recover and he was back on duty with the battalion on Dec. 8, 1916.

He was sent away on course a few days later to train as a machine-gunner.

Houghton showed leadership qualities and on April 16, 1917, was promoted to lance corporal. His luck was soon to run out.

The 21st Battalion fought at the Battle of Vimy Ridge, April 9 to 12, 1917, and suffered heavily with 64 men killed and 130 men severely wounded. But Houghton and his machine-gun crew survived.

The next big attack on German lines was the Battle of Fresnoy, May 3 to 9, 1917, but the 21st Battalion did not take part. Its members was employed in a support position as work crews behind the lines but still subjected to German artillery fire from time to time.

On May 11, Houghton’s battalion moved back into the front lines for the next two days.

While the Germans occasionally shelled their positions with high explosive and shrapnel shells, this stint on the front lines was described in the battalion war diary as being “a fairly quiet tour.”

Not for Lance Corp. Houghton. As the 21st Battalion was being relieved by the 22nd Battalion and members were in the process of being sent to a rest camp far from the front lines, the Germans fired trench mortars at the Canadian front-line positions.

A mortar bomb exploded near Houghton, severely wounding him in his right shoulder and head. He was rushed to a first-aid post and then to the 2nd Australian General Hospital, the closest hospital to the Canadian position.

He lingered there for the next 55 days, finally dying from his wounds on July 7.

Lance Corp. Ernest Houghton lies buried in the Wimereux Military Cemetery near Boulonge, France, and is commemorated on the cenotaph at Queenston.