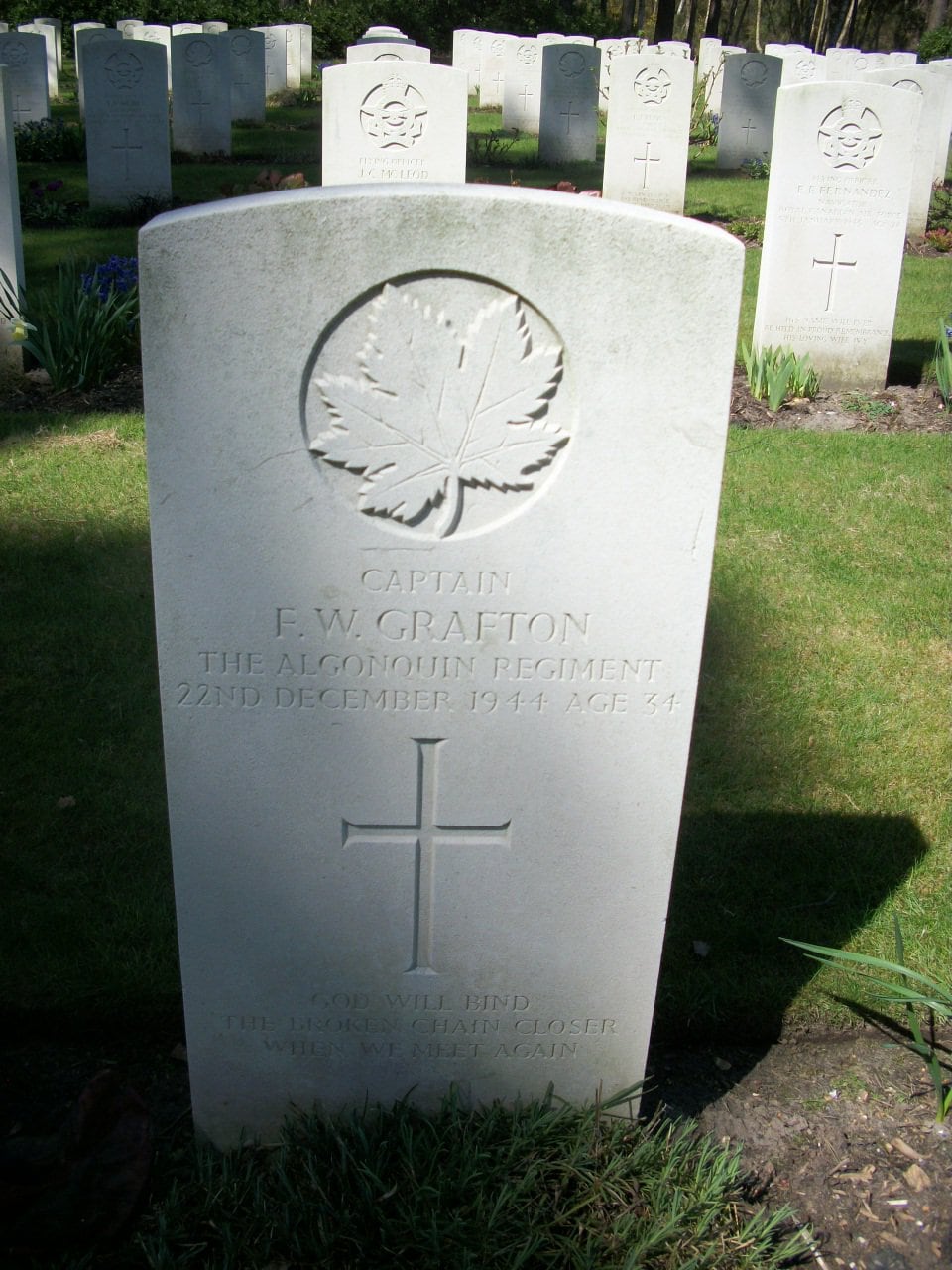 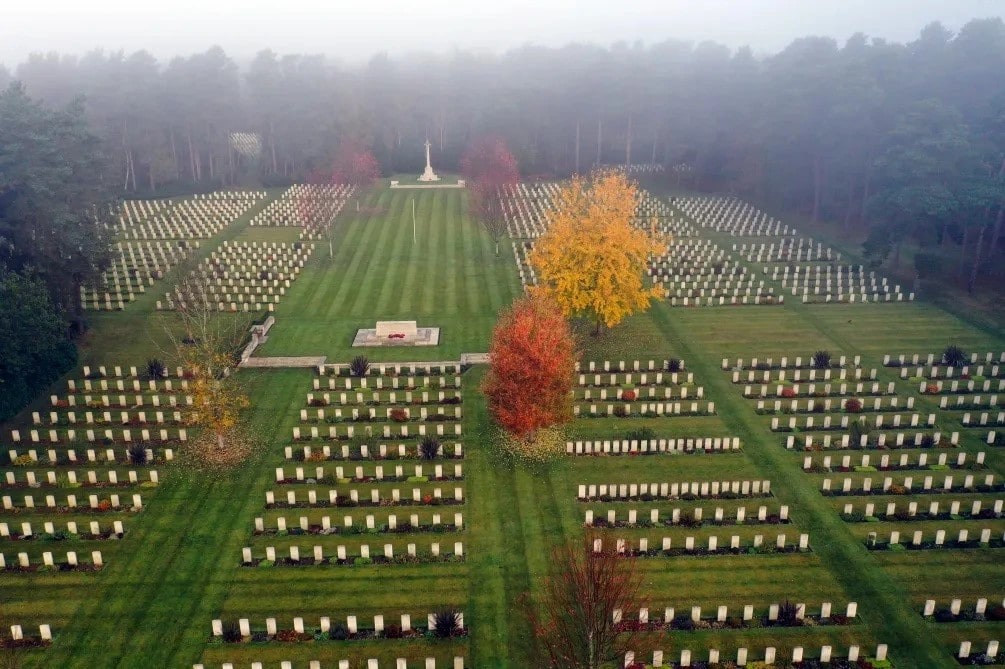 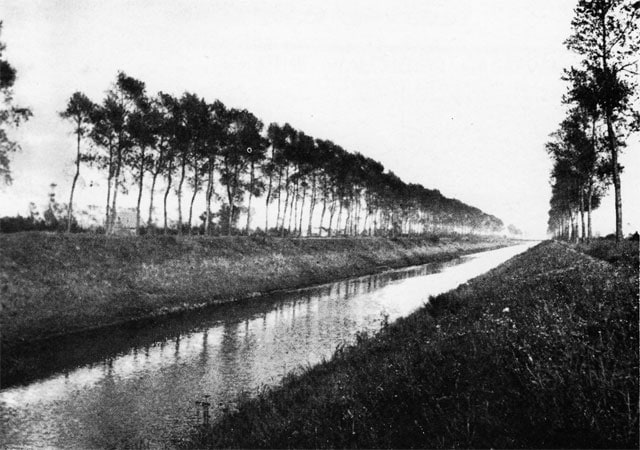 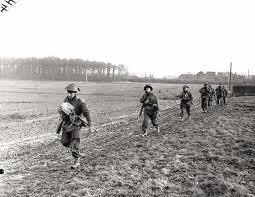 These men were members of the Royal Canadian Regiment (RCR) and were stationed at Camp Niagara on the Commons when they enlisted in the Canadian Army Active Force, volunteering to be sent overseas at the beginning of the Second World War.

Each summer at Camp Niagara members of the part-time militia lived under canvas and were trained by permanent force members of the Dragoons, Artillery or Royal Canadian Regiment.

In many cases the wives of permanent force members found lodging in Niagara-on-the-Lake to be with their husbands each summer. Some became permanent residents.

Joseph Hall, George Dinwiddie and Frederick Grafton were all members of the Royal Canadian Regiment and they are commemorated on the cenotaph.

Frederick William Grafton was born on March 9, 1909, and attended school in Hamilton.

He was employed by the Royal Bank of Canada as a shipping clerk at the time of his enlistment in the Argyll and Sutherland Highlanders Regiment, a Non-Permanent Active Militia force headquartered in Hamilton.

Grafton served with that regiment from April 11, 1927, to April 3, 1929. During his time with the Argylls he decided to become a full-time soldier.

On April 4, 1929, he enlisted in the Royal Canadian Regiment, living from fall to spring in Stanley Barracks in Toronto and spending the summer at Camp Niagara.

At some point he met Dorothy Prestidge, daughter of a coachman from Toronto, but now she was a resident of Niagara.

Dorothy was a riding instructor contracted by the government to help teach officers at Camp Niagara how to ride a horse.  Undoubtedly this is how the couple met.

Just prior to Canada’s declaration of war on Germany, Canada began to mobilize, forming the Canadian Active Service Force to send overseas.  Most of the men in the Royal Canadian Regiment, including Grafton, attested to the active service force on Sept. 1, 1939.

Grafton was a good soldier with excellent leadership qualities and this was recognized by his superiors.

Immediately after enlisting with the active service force, he was promoted from private to corporal and then to acting sergeant on the same day.

On Jan. 1, 1940, now confirmed as a sergeant, he was sent to the Infantry Rifle Training Centre in Toronto as an instructor.   On Oct. 17 he was promoted again, to company sergeant-major.  At the same time, he was recommended for training as a commissioned officer.

From August to November 1941, Grafton attended the Officers’ Training Centre in Brockville and on Nov. 29 he was commissioned as a lieutenant in the Royal Canadian Regiment.

He went to Camp Borden again as an instructor and was still at Camp Borden in January when he was promoted to acting captain.

Grafton was finally sent overseas, arriving in Great Britain on Jan. 3, 1944, and placed with the Canadian Infantry Reinforcement Unit awaiting assignment. His wife Dorothy, in the meantime, moved in with her parents in Islington. She would never see her husband again.

Grafton was transferred to the Algonquin Regiment as a captain and accompanied the regiment to France, landing in Normandy on July 25, 1944.

On Oct. 10, as the Canadians were fighting against crack German units defending the Leopold Canal in the Battle of the Scheldt, Grafton was badly wounded by a grenade.

His left heel, thigh and arms were lacerated by shrapnel and he suffered a compound fracture of his left leg.

He was transported from the battlefield back to England. He died in hospital on Dec. 22, 1944, and was buried at Brookwood Military Cemetery in Surrey.  He is commemorated on the cenotaph as an adopted son.

Letter: We’re quite happy with changes made to the heritage trail

NOTL ambassadors turn loving ‘their’ town into an art form