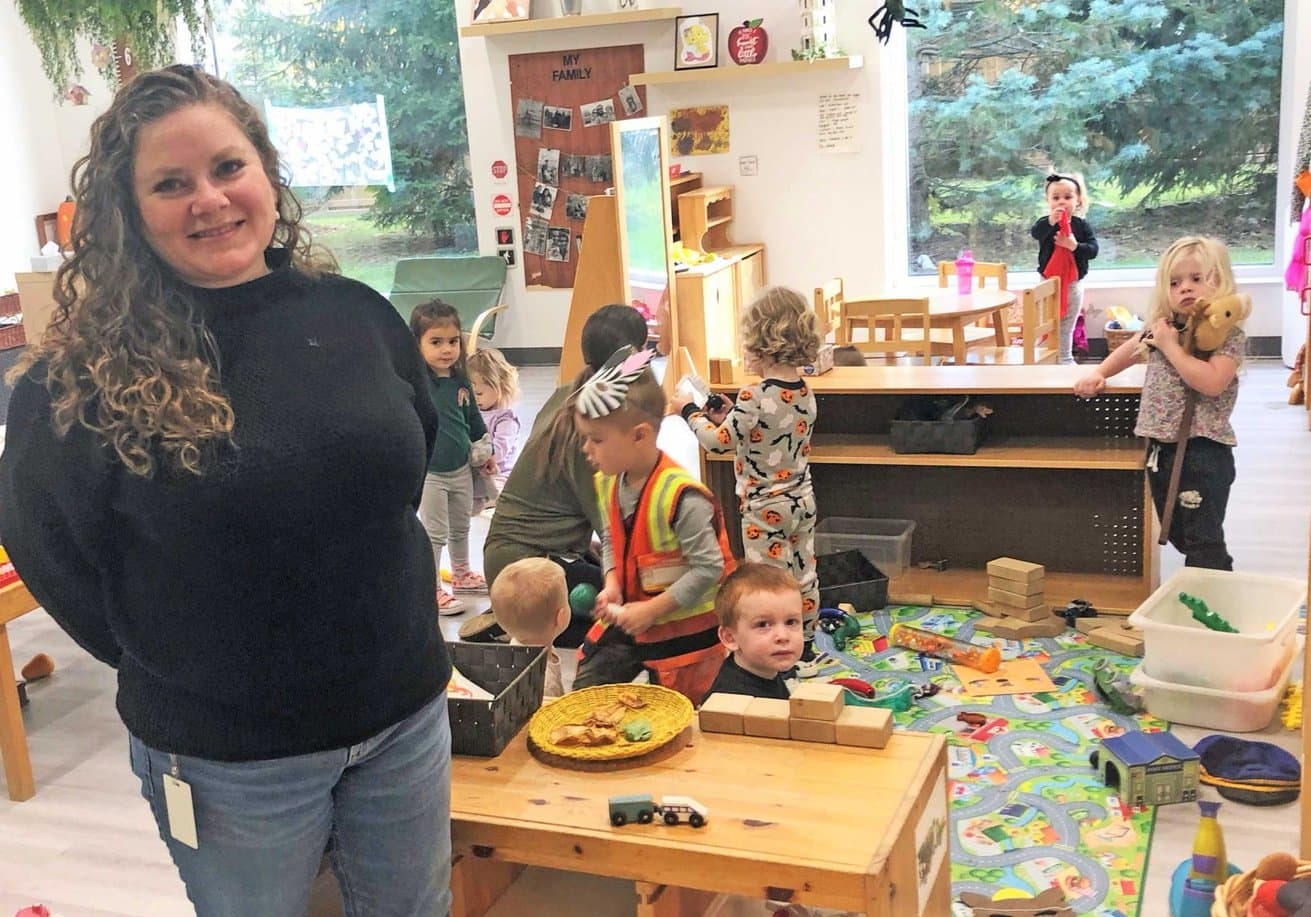 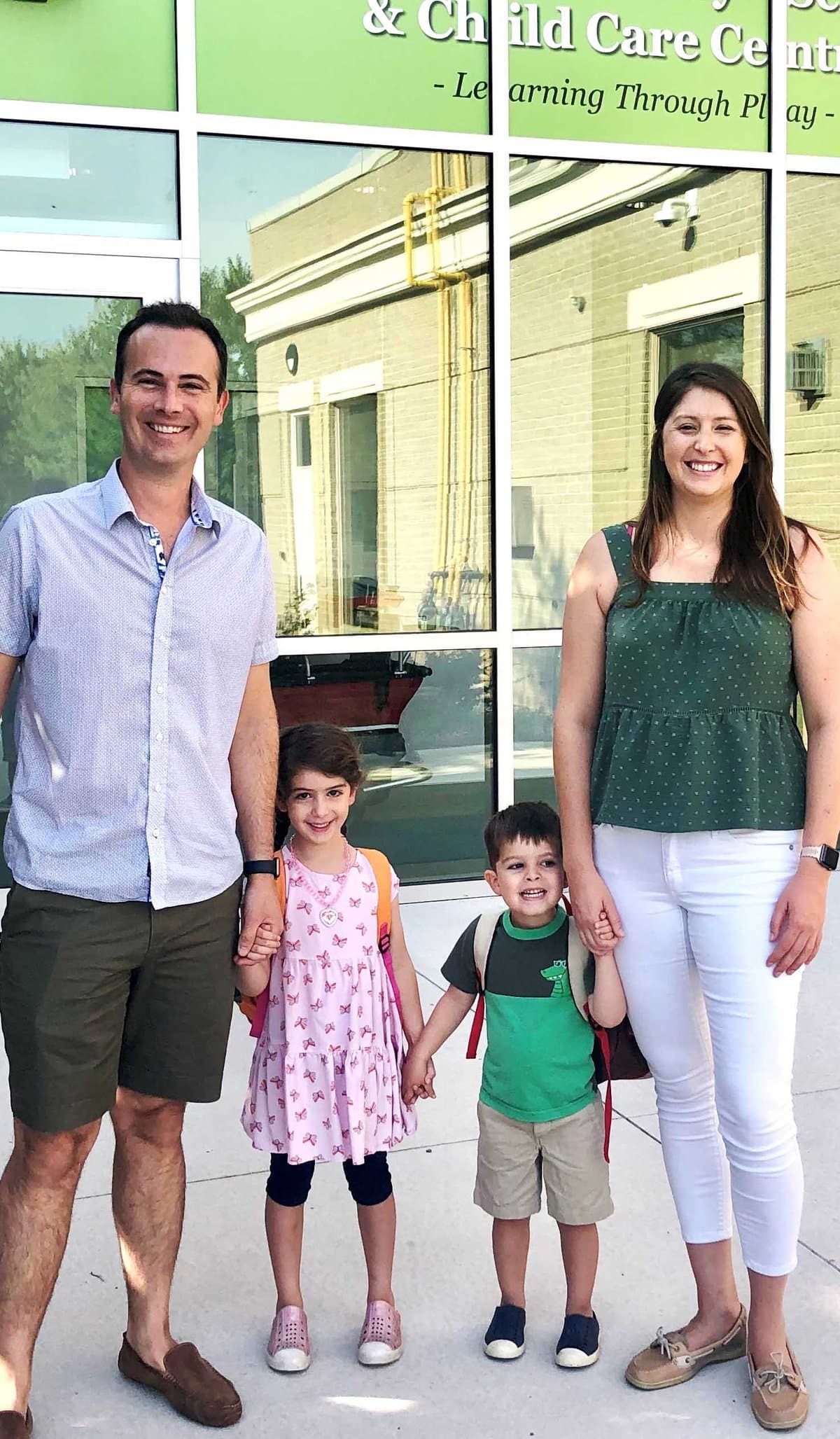 To help mark the 50th anniversary of the Niagara Nursery School and Child Care Centre, The Lake Report scoured the scant early records of the school, searching for photos and stories that would provide hints about how and why the school has survived a remarkable 50 years. Today, the school is a modern facility, with a growing waiting list, despite its expansion. In today’s final instalment, we note  that plans are afoot to formally celebrate its first 50 years, but the school is looking for the community’s input.

What a difference a half-century makes.

In 1973, the Niagara Nursery School and Child Care Centre had one teacher, 15 students and operated in rented quarters.

Today the school is licensed for 69 children, employs 14 staff and lives in brand new, state-of-the-art facilities, in a dedicated section of the Niagara-on-the-Lake Community Centre.

After occupying several temporary facilities over the years, the school moved into the new community centre in 2010.

But demand just kept on growing.

“We saw a waiting list starting in 2015,” says Candace Penny, the school’s executive director. “There was a large influx of young families into the community.”

Motivation for the purpose-built addition to the community centre came as the waiting list for attendance grew to many times the school’s capacity — over 200 places by the time the school opened its doors in its current home last fall.

“We are such a growing town now. We get calls from all over from people who are moving here and expect to have good daycare opportunities,” she says.

“There are a lot more young families moving into the area, needing child care. It’s hard when you see their face drop when we tell them there is a waiting list. It’s heart breaking.”

When Brie and Adam Hawley moved to town, they knew that if they had children they wanted them to attend the nursery school.

“When I found out I was pregnant with Merritt (now 5),” says Brie, “I went right on the list. That was more than three years before she would actually attend.”

Brie went on to become a member of the school’s board of directors.

Adam Hawley is vice-president of Traditional Neighbourhood Developments, better known as The Village.

He came to Niagara-on-the-Lake as a child of eight with his parents. Brie is originally from Toronto.

“When I pick up Merritt and Malcolm (3), they can’t wait to tell us about a new craft they learned how to make or what happens when a volcano erupts. The nursery school has fuelled their love of discovery and learning, and provided them a fun and safe place to explore.”

On their way out the door to school one morning, stuffies in their backpacks, both children expressed grand aspirations: Malcolm to become Spider-Man, Merritt to be a scientist.

“I want to study wings. I want to fly,” Merritt says proudly and with more than a touch of determination.

Penny has been committed to early childhood education from her early days as a trained babysitter.

“I love working with children,” she says. “We set them up for success. Social skills too.”

She is determined to celebrate the school’s rich history, if they can document it.

“We’ve lost a lot of the history of the school. It has just been tossed away. I’d love to have something, as we move forward,  so our heritage doesn’t get lost,” she says.

“It is important for all of us to remember. They leave pieces of their family with us. They make their mark on the school and the community.”

The first order of business is a celebration.

“I’d like to do something out back behind the building. Gather for tours, alumni, a few speeches, to see how far the school has come. Share stories. Create a book of some sort.”

But she needs the help of anyone who was a student, parent, teacher or administrator over the past 50 years.

“I sent out a social media posting looking for anyone who has a connection to the school, asking if they would email us a little snippet of their time, maybe share some photos. I hope to create a Shutterfly book, so we have it documented.”

“I think it is really important, especially for an organization that has been in the community for decades, for the history of our community to know as much as we can about how we’ve evolved over the years.”

If you can help, please send an email to niagaranursery@gmail.com.

Election 2022: ‘More police officers’ and other concerns of regional candidates

Not for the squeamish: Museum looks at army medical practices of 18th century