Tara Rosling performed a dramatic reading of Jeanette Winterson’s “The Mistletoe Bride” Sunday night before a packed audience at the Irish Harp.

It’s the story of a young bride-to-be who becomes locked in a chest while spying her betrothed making love to another woman one night during a traditional game of hide and seek.

Every table was full for Rosling’s performance, though she had to compete with the swing and sway of the Harp’s double bay doors as staff shuffled in and out of the kitchen to deliver food.

“I’m not used to telling the story next to a kitchen,” she joked at the start of the show.

Rosling brings all the charisma of a crackling campfire in the night.

The veteran of the Shaw Festival and “Star Trek: Discovery” uses her voice to draw you in as if to warm the shivers out of your spine.

She soothes and unsettles the audience in equal measure as the fear of her character waxes and wanes with the story’s twists and turns.

The audience can feel the character’s fear of suffocating as Rosling chokes on her words in the climax of the story.

A small group of Irish Harp serving staff gathered outside the kitchen to learn the fate of the bride in the box.

And the double bay doors sat still on their hinges as Rosling announced the serendipitous survival of her character, trapped in her husband’s chest.

Asked after her performance how she gets inside the heads of her characters, Rosling couldn’t say.

“If I had to explain what my process is, I couldn’t,” she said, adding that every actor has a different approach and it can vary depending on the audience.

“One of the things that’s so exciting about theatre is every audience is different,” she said.

Rosling’s performance of “The Mistletoe Bride” was adapted by Peter Hinton from Winterson’s original story.

All proceeds from Rosling’s performances go to Gillian’s Place, a shelter for abused women.

Her performance at the Irish Harp raised about $1,000.

She will be performing at Silversmith Brewery in Virgil on Dec. 20 at 7:30 p.m., and virtually over Zoom on Dec. 22 at 7:30, for people who were unable to get tickets to live shows.

People interested in attending virtually should email Rosling at tararosling@hotmail.com. 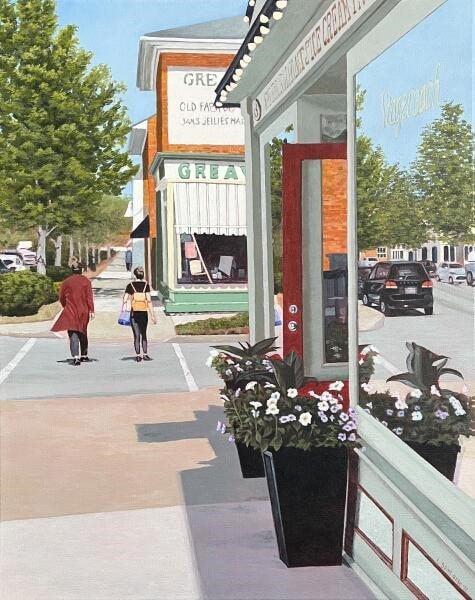