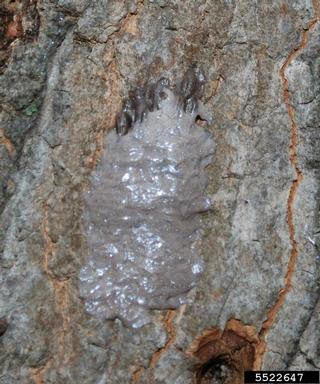 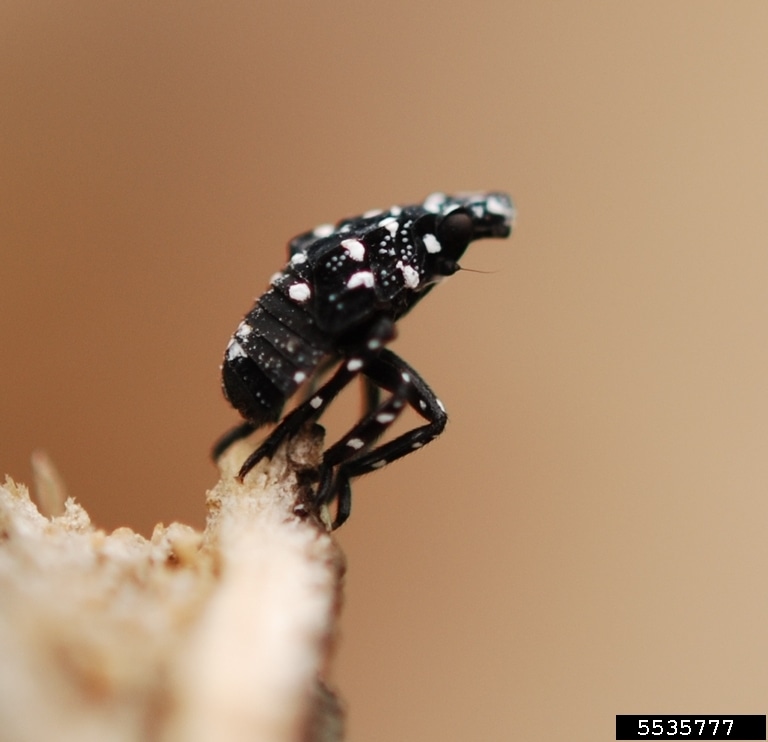 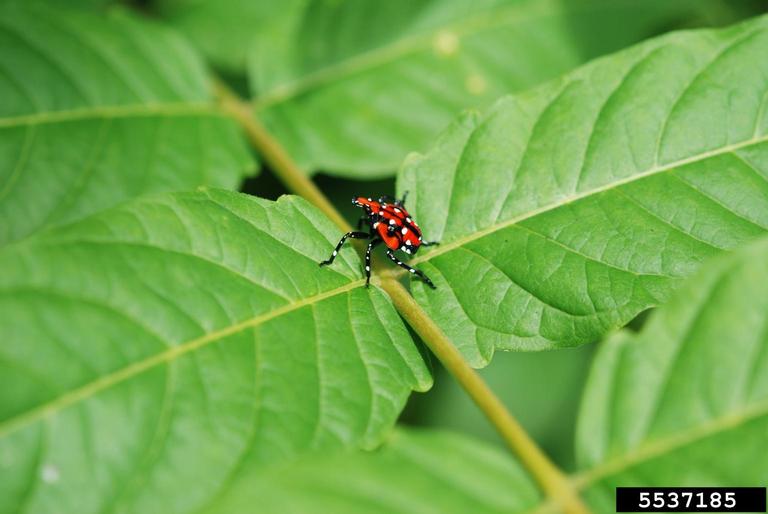 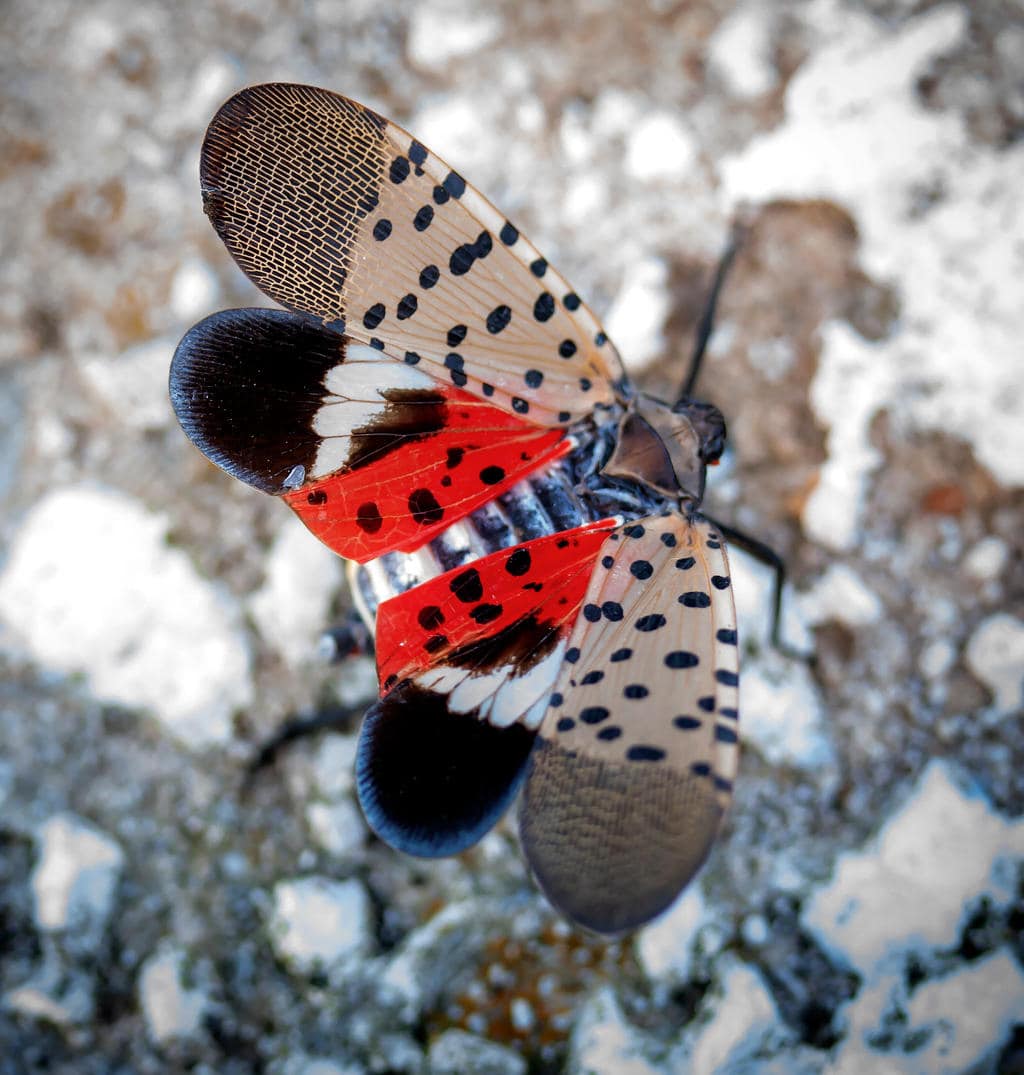 Invasive insect already has been spotted just across the U.S. border

Already expecting one of the smallest grape crops in years, Niagara winemakers are worried about a new potential problem – an infestation by the spotted lanternfly, an insect that can wreak havoc on crops.

“In Ontario, we already have enough issues. We’ve lost 70 per cent of our crop this year because of a few cold days in January,” said Bill Redelmeier, the owner of Southbrook Organic Vineyards in Niagara-on-the-Lake.

Now, the lanternfly, a highly invasive insect, is on the horizon.

With over 100 sightings in Buffalo and infestations as close as Erie County, N.Y., and Oakland County, Mich., it’s probably not a question of if the pest will arrive in Ontario, but when.

While Redelmeier hopes the insect won’t be a huge issue, he’s well aware of the damage it could cause, especially if it doesn’t quickly develop any natural predators.

Still, he’s hoping the longer it takes to get here, the more likely it is it will have developed a natural predator.

“It might not be as bad the farther you get away from the epicentre,” he said.

Though pretty to look at, the lanternfly has the potential to be cause serious damage to the wine industry not just in Niagara-on-the-Lake, but in all of Niagara. The insect can wipe out entire vineyards.

“If I don’t have any grapes, I can’t make any wine,” said Redelmeier.

He noted the Ontario wine industry is incredibly important and that if any part of the industry is hurting, it causes him pain, too.

The Invasive Species Centre in Sault Ste. Marie, a non-profit agency that works to prevent the introduction and spread of invasive species in Canada, is keeping an eye on the lanternfly.

“​​Once you get an infestation, an entire vineyard can go under, unfortunately,” said Emily Posteraro, the program development co-ordinator for the centre.

Redelmeier worries about how an infestation could affect small grape growers.

Not many small grape growers can say that and many wineries don’t have the option to fall back on past vintages.

The spotted lanternfly has been on Canada’s radar since first it was first spotted in Pennsylvania’s Berks County in 2014.

The insects, about three centimetres long, are from southwestern Asia and love to feast on more than 70 different species of plants. Its preferred choice of host is the tree of heaven, an invasive plant, and black walnut trees.

This is a huge concern, especially since both trees are typically found close to vineyards.

“Basically the spotted lanternfly tends to swarm on plants and (it) feeds on the sugars in the plant so that (it) significantly weakens plants,” said Posteraro.

The only exception to this would be grape vines. The pest not only weakens them, but it can destroy them.

A 2019 study by Pennsylvania State University estimated that if the spotted lanternfly spread throughout all of Pennsylvania, total losses to the agricultural sector would be $324.9 million annually and cost 2,810 jobs.

“We should be very concerned and thinking that if this establishes here, we could see similar economic impacts,” said Diana Mooji, an invasive species expert with the Canadian Food Inspection Agency.

“We’ve seen reports from areas in Pennsylvania where this pest is established, that in some extreme cases where spotted lanternfly infestations were very dense, entire vineyards were lost,” said Mooji.

There’s reason to believe the spotted lanternfly could cause some serious damage in Niagara, which has more than 120 wineries, about one-third of them in Niagara-on-the-Lake.

Ontario is the leading grape producer in Canada and accounts for 60 to 70 per cent of the country’s production, a fact sheet from the Grape Growers of Ontario says.

The province’s wine industry generated more than $5 billion in total economic activity across the province in 2019, according to a study by Wine Growers Ontario. That was up from about $4.3 billion in 2015.

It’s uncertain if the lanternfly could survive our winters. However, in recent years, Niagara winters have been milder, summers have lasted longer and overall temperatures are warmer due to climate change.

“These are all things that can influence the establishment of the species,” said Liette Vasseur, a professor of biological sciences at Brock University.

So far, the insect has been spotted in 14 states and is under quarantine in 45 counties in Pennsylvania.

This means that anything that can transport the pest cannot be moved without taking proper steps to prevent the spread.

Businesses, municipalities and government agencies must have a permit if leaving the state with any of the materials that lanternflies could be on, including vehicles, plants and landscape equipment.

In a quarantine zone, to ensure vehicles are thoroughly checked, residents must complete a checklist before leaving the state.

While they don’t fly long distances, the insects are known to be stellar hitchhikers. They can travel long distances on cars, boats, trucks and even planes, said Debbie Zimmerman, the CEO of Grape Growers of Ontario.

With travel picking up between the U.S. and Canada, it’s important to keep an eye on what might be catching a ride back, she said.

“We’re saying to people, if you’re coming from the U.S., (it’s) probably best to check under your car if you’ve been camping,” she said.

It’s also important to check the surface of your vehicle and around your tires for egg masses, said Posteraro.

The lanternfly has four stages of its life cycle. The egg mass is the first stage, where 30 to 60 eggs will emerge. At this stage it’s easy to transport them without knowing, said Vasseur.

“It’s going to be really important because they can look like a smear of mud,” she said.

Getting a car wash is a good idea when coming back into Canada, because it can wash away the egg masses.

Once hatched, they enter the nymph stage, which has about four developmental stages, called instars.

Early in its development, the insect is small with black and bright white spots. When it enters its late stage, also known as the fourth instar, it changes colour and is much larger. At this point, it will be tan, red and black with black spots. It can’t fly yet, but it can jump.

The adult lanternfly is able to fly, but it is not known to be a graceful flyer. While resting, its wings are a tan colour with black spots. In flight, it has a bright combination of red, black and white with black spots.

The adult insect can cause serious damage to crops as it uses razor-sharp teeth to drill into trees and access the sugary sap.

Once done with the sap, it produces what is known as honeydew, which is undigested sugars.

When the honeydew builds up over time, it creates sooty mould at the bottom of the plant. Over time, that mould can kill the plants.

A national advisory committee has been put together to come up with ways to educate and prepare people for the arrival of the pest.

Through workshops, word of mouth and awareness the committee hopes to better prepare the public.

“We know they’re coming. It’s just we’ve got to find a way to deal with them,” Zimmerman said.

In the meantime, it’s important for farmers to keep a close eye on their crops.

“If they were seeing large amounts of weeping sap coming from trees, that might be something that we want to check out and have another look to see,” said Mooij.

It could be a sign the lanternfly is around.

If spotted, Vasseur advises people to call the Canadian Food Inspection Agency immediately and keep the insect in a bottle and let it die gradually.

“If you see it, step on it,” said Zimmerman.

No matter what, it’s important to call in the sighting and take a photo of the insect.

“It’s also hopefully a great wake-up call to say we’ve got to be careful about moving pests from one place to another,” said Redelmeier.

Canadians are urged to report any sightings to invasivespeciescentre.ca, or the Canadian Food Inspection Agency at inspection.gc.ca/pests.

The Invasive Species Centre hosted an educational workshop about the insect this week and will hold another on Oct. 5.

The workshop will be at the Lincoln Pelham Public Library’s Rittenhouse branch in Vineland from 6 to 8 p.m.

Niagara’s History Unveiled: Crossing the river used to be much simpler