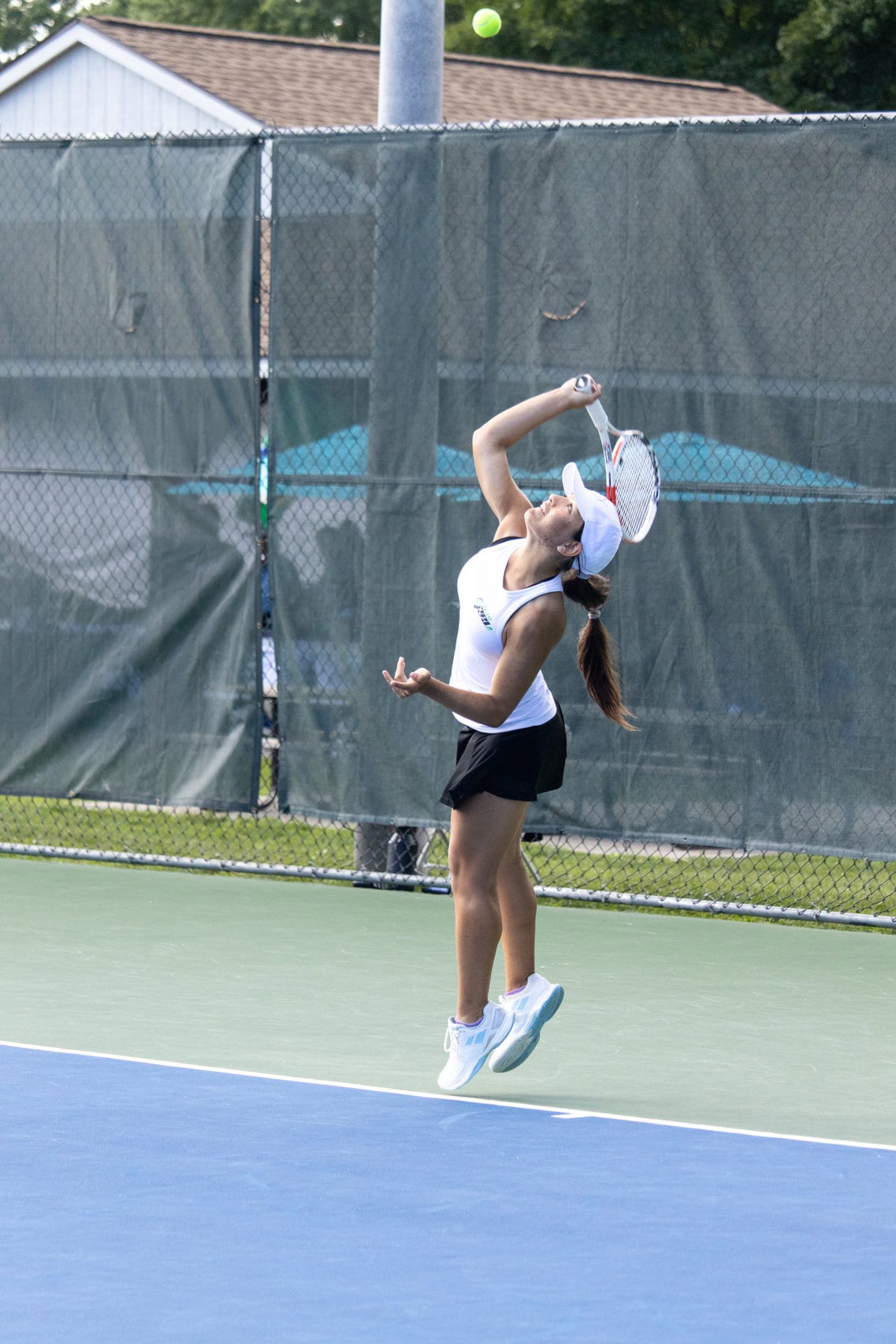 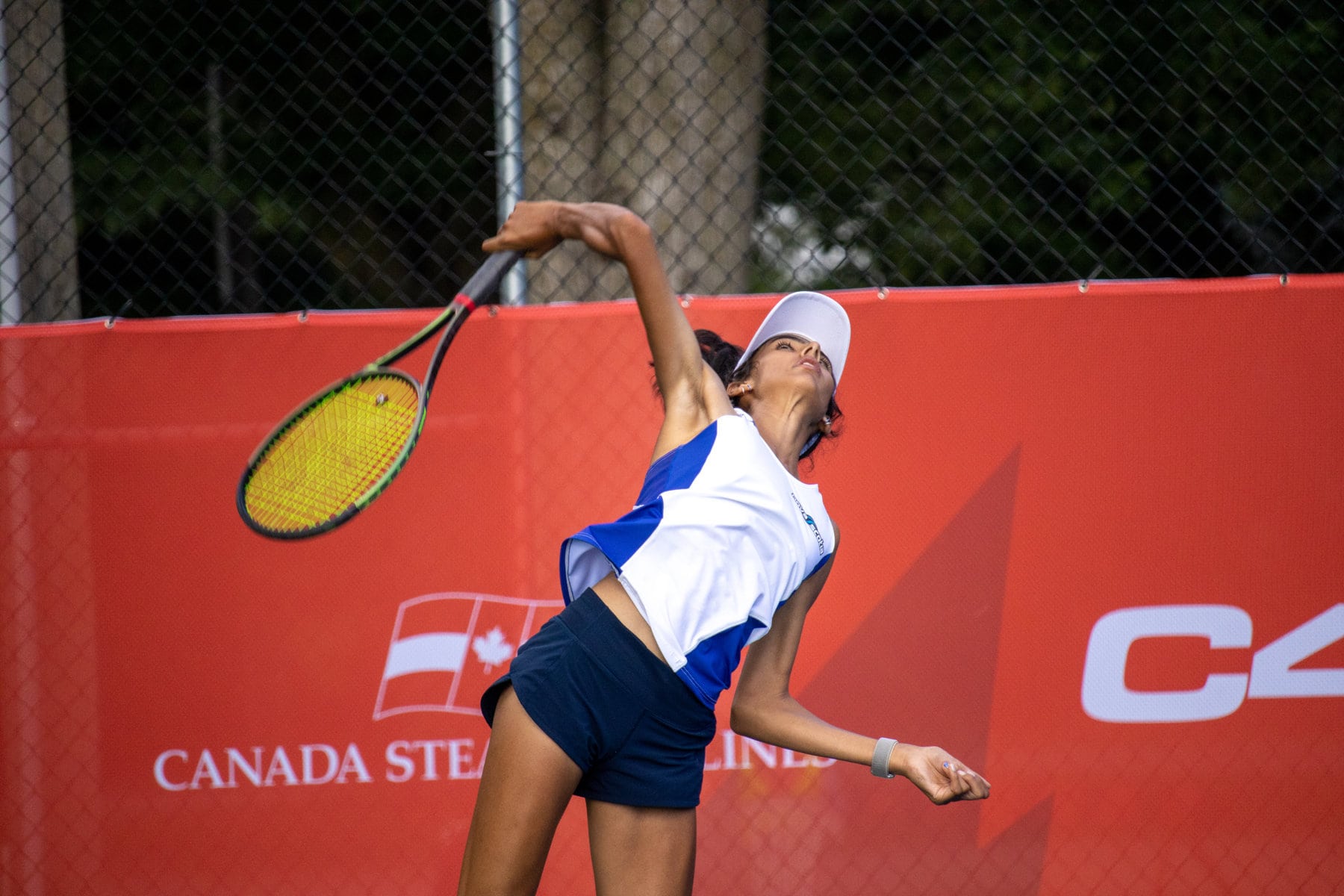 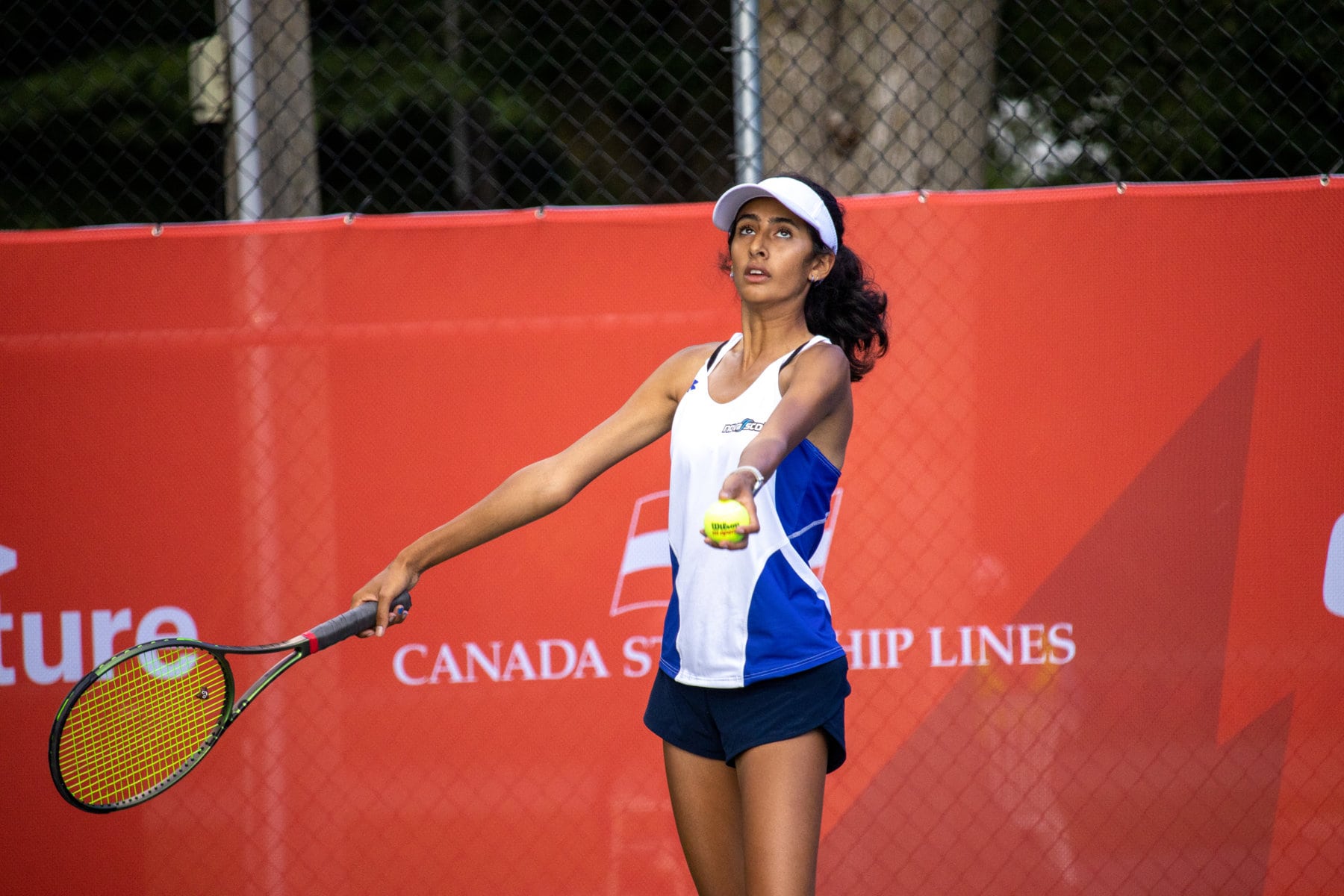 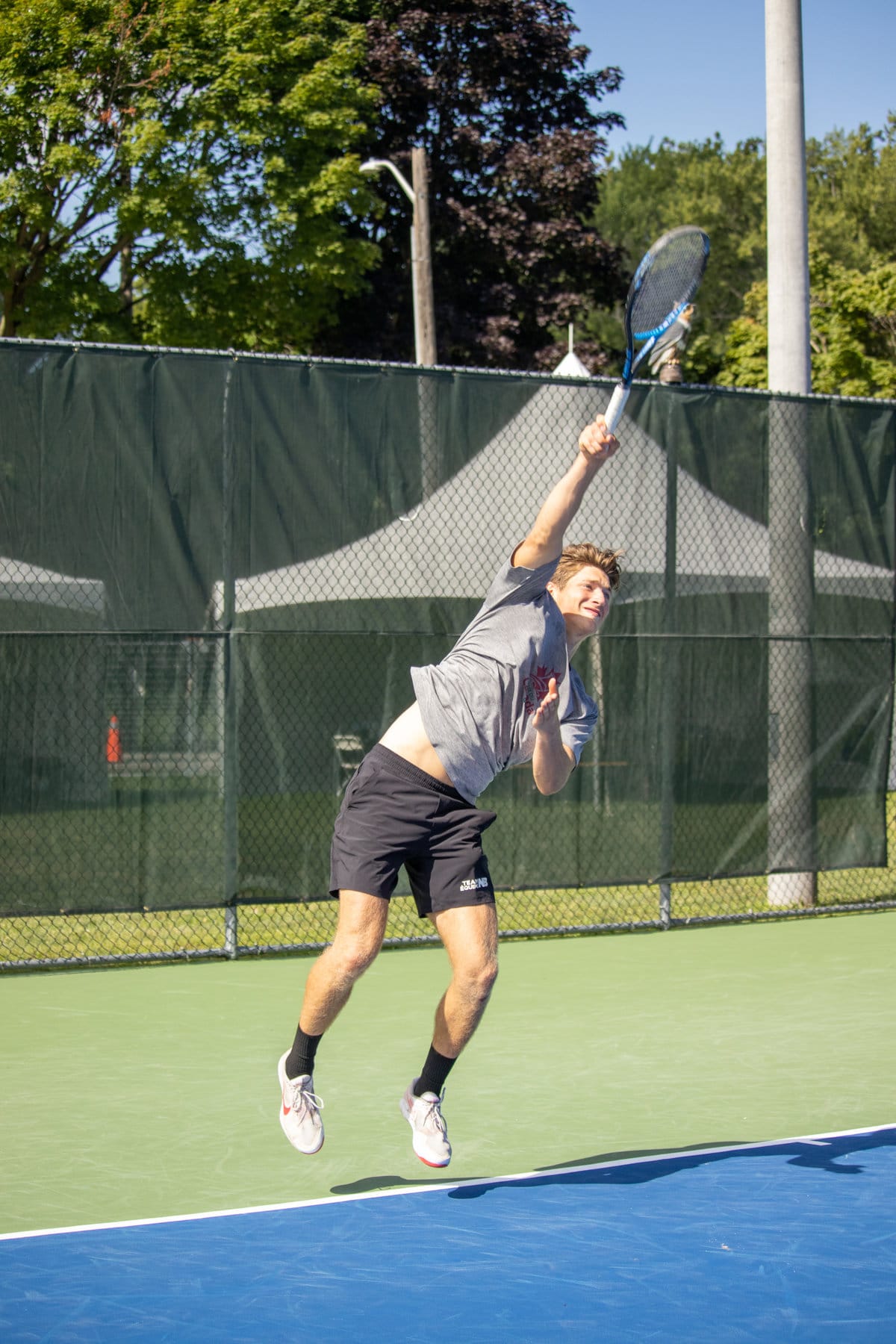 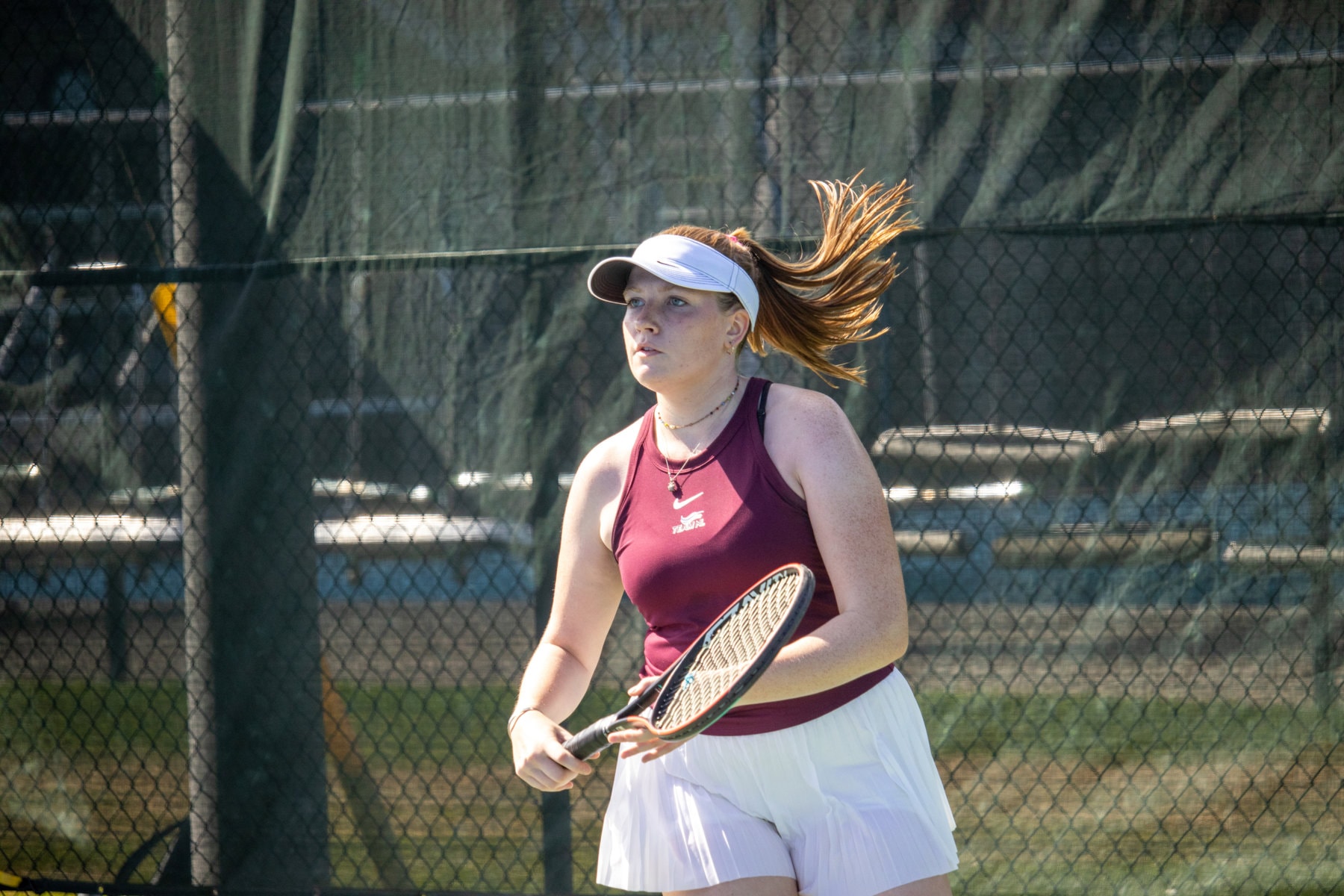 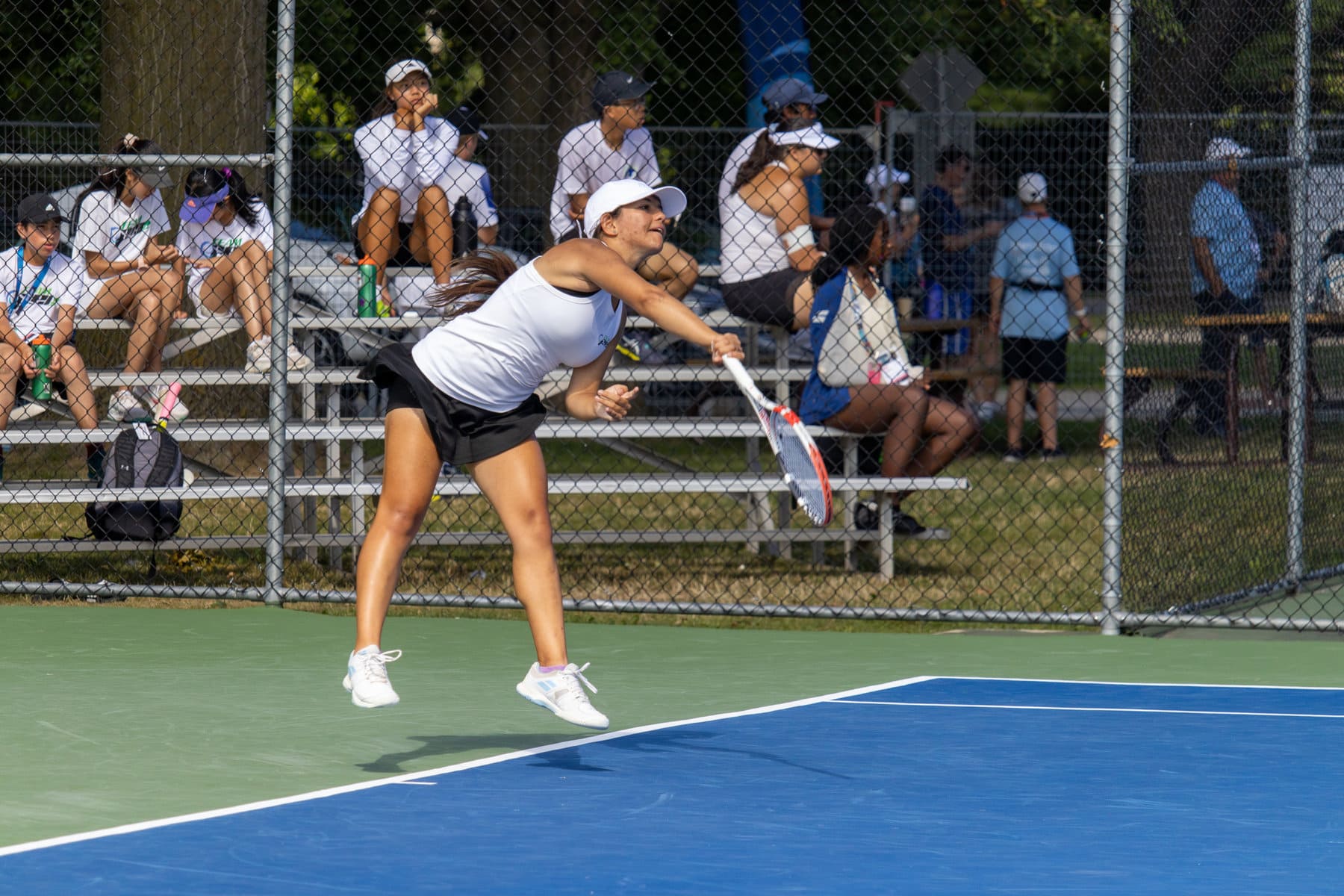 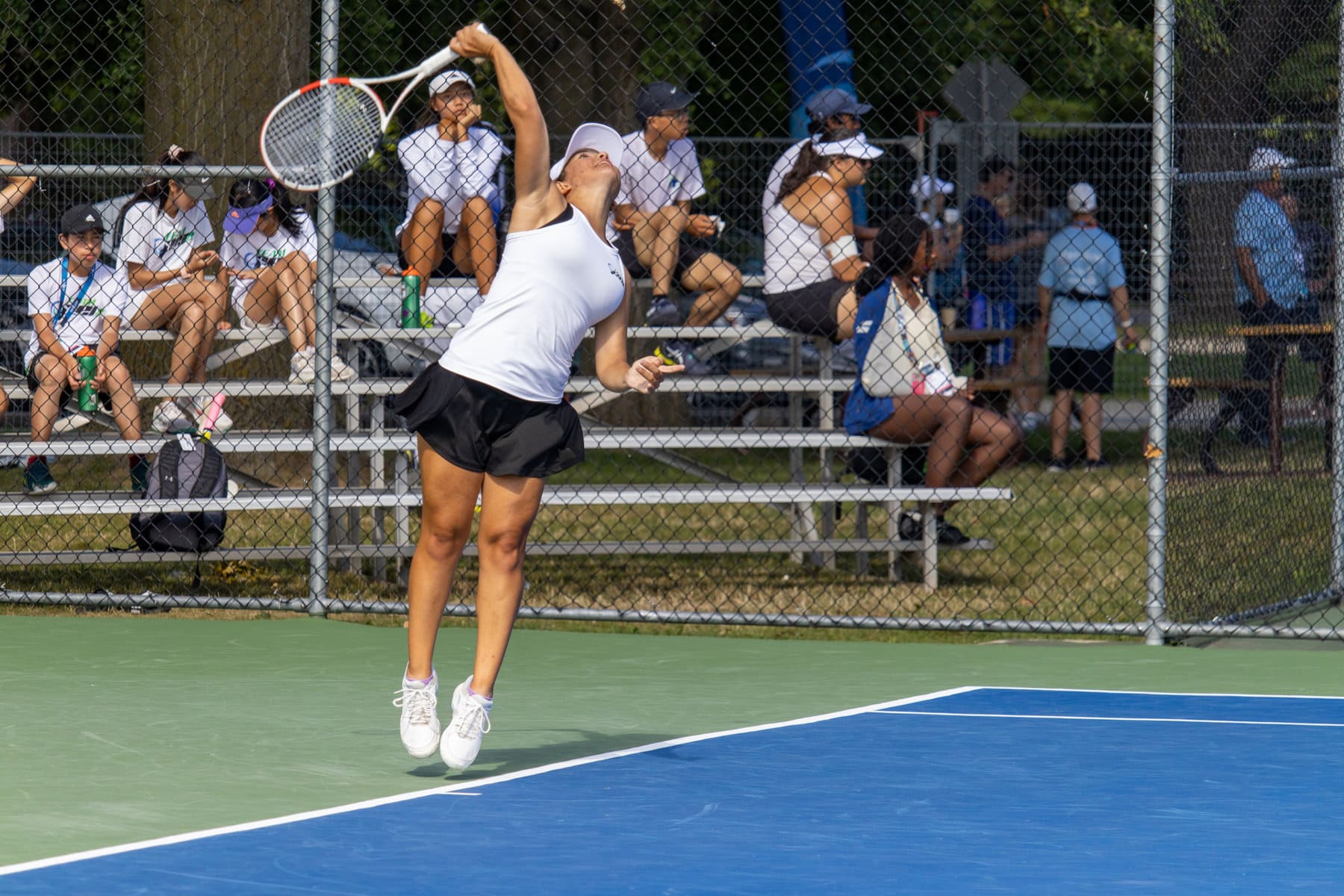 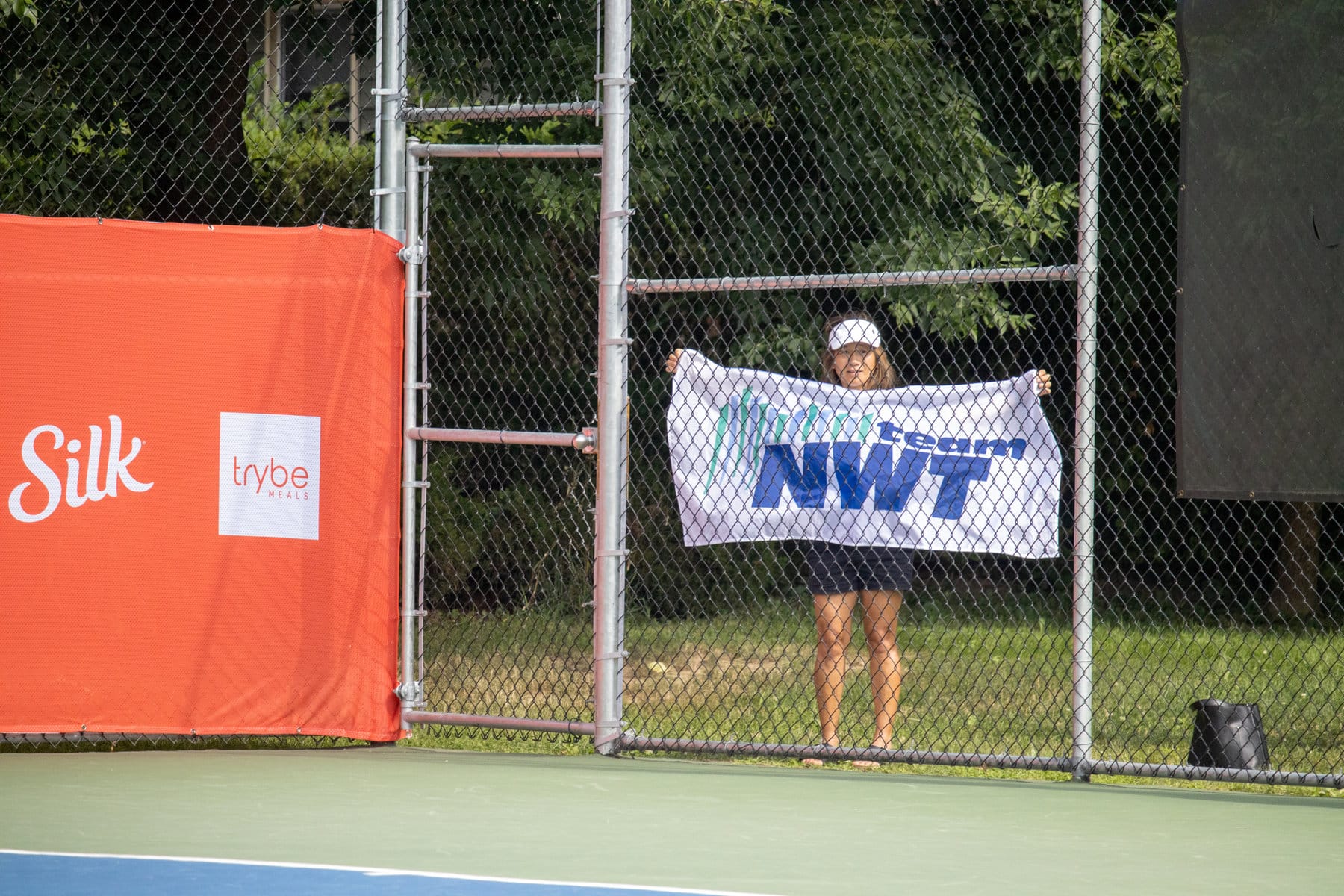 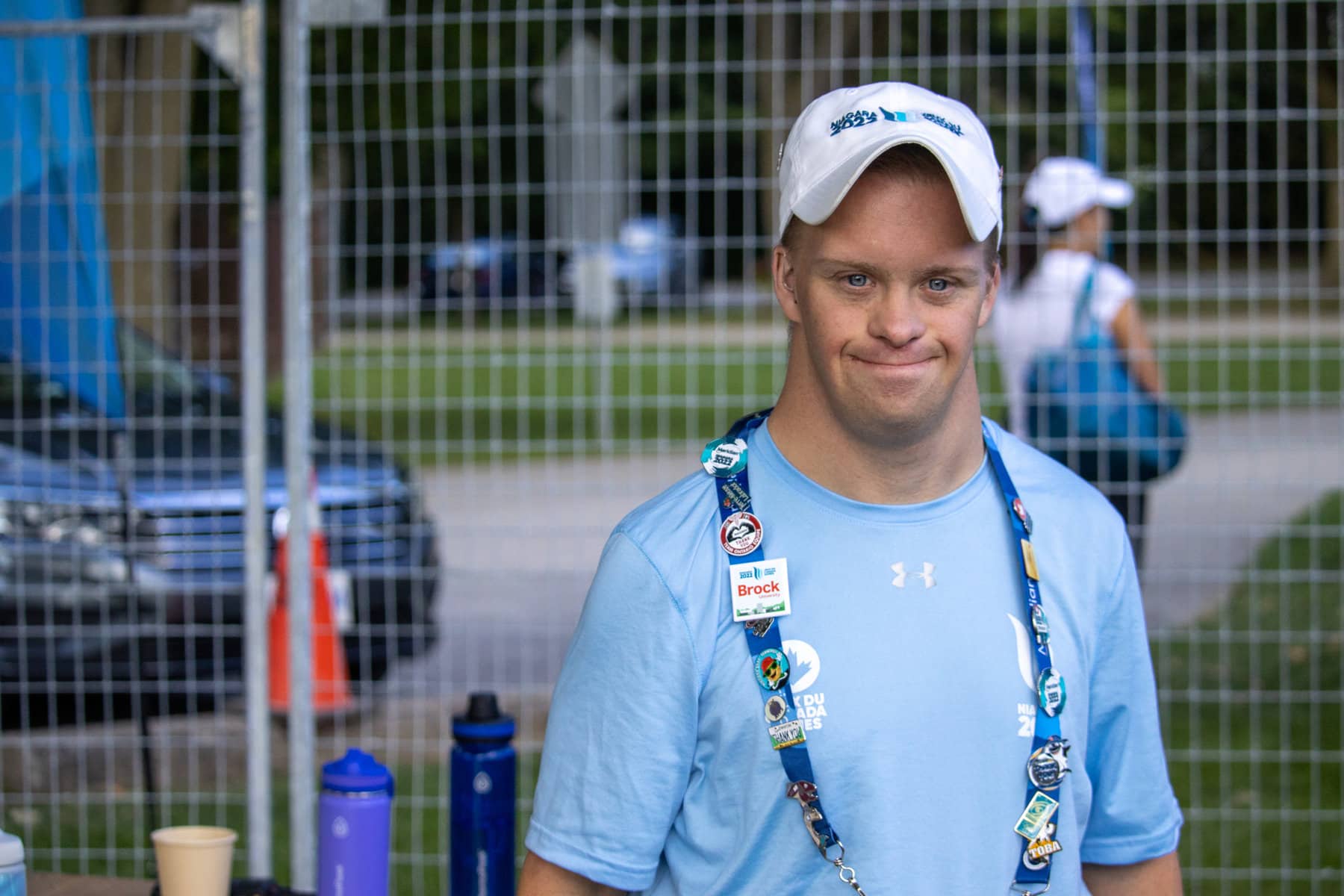 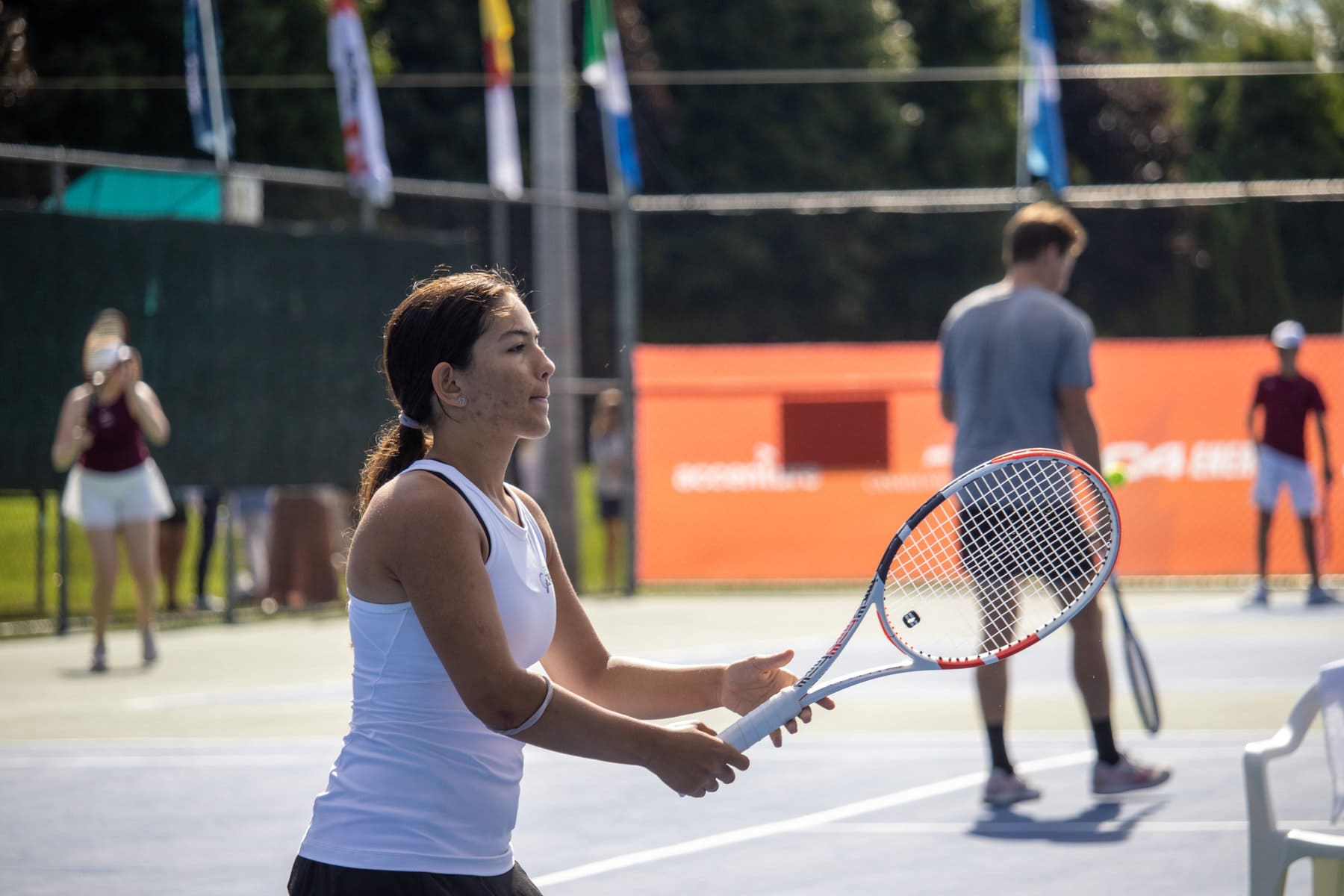 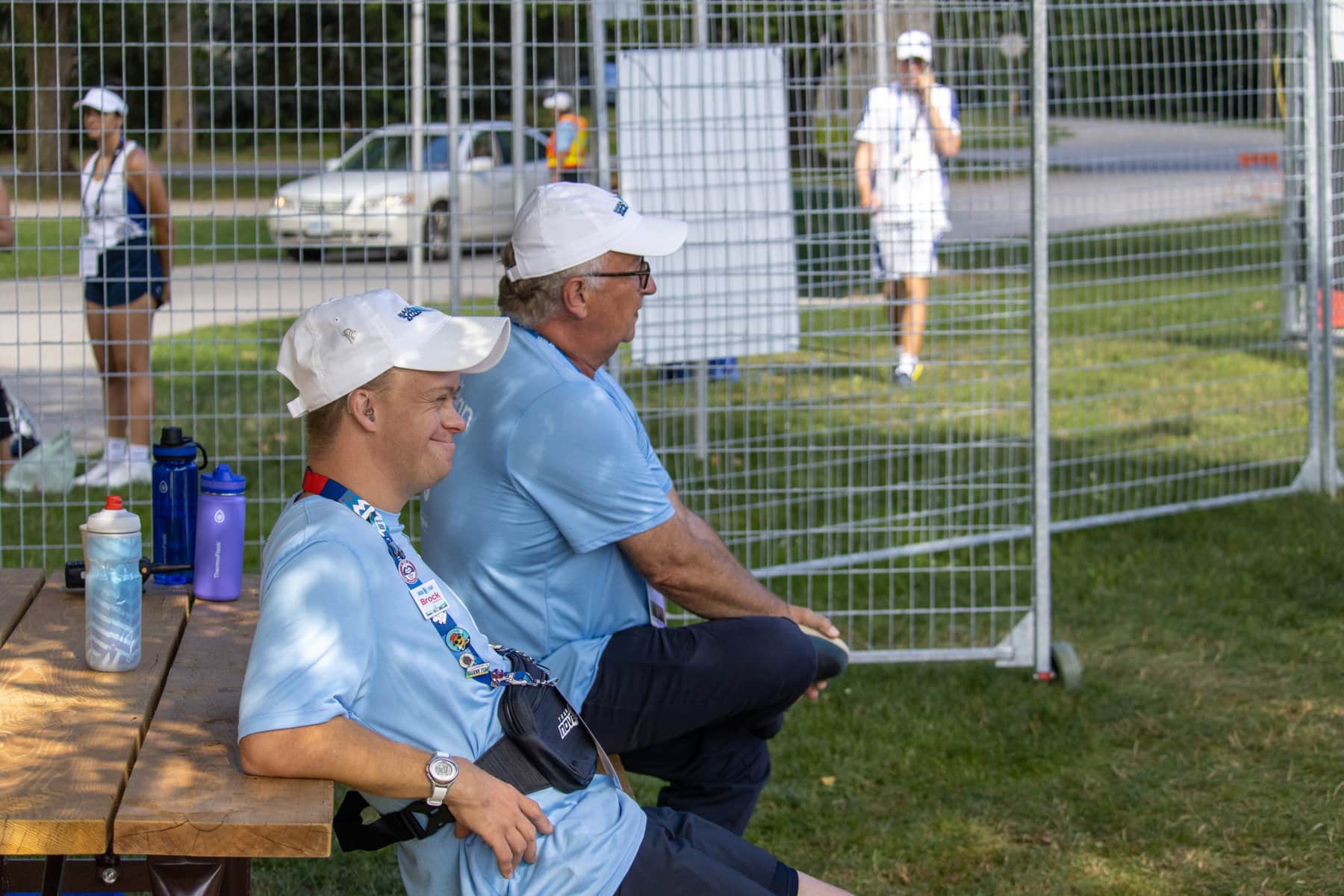 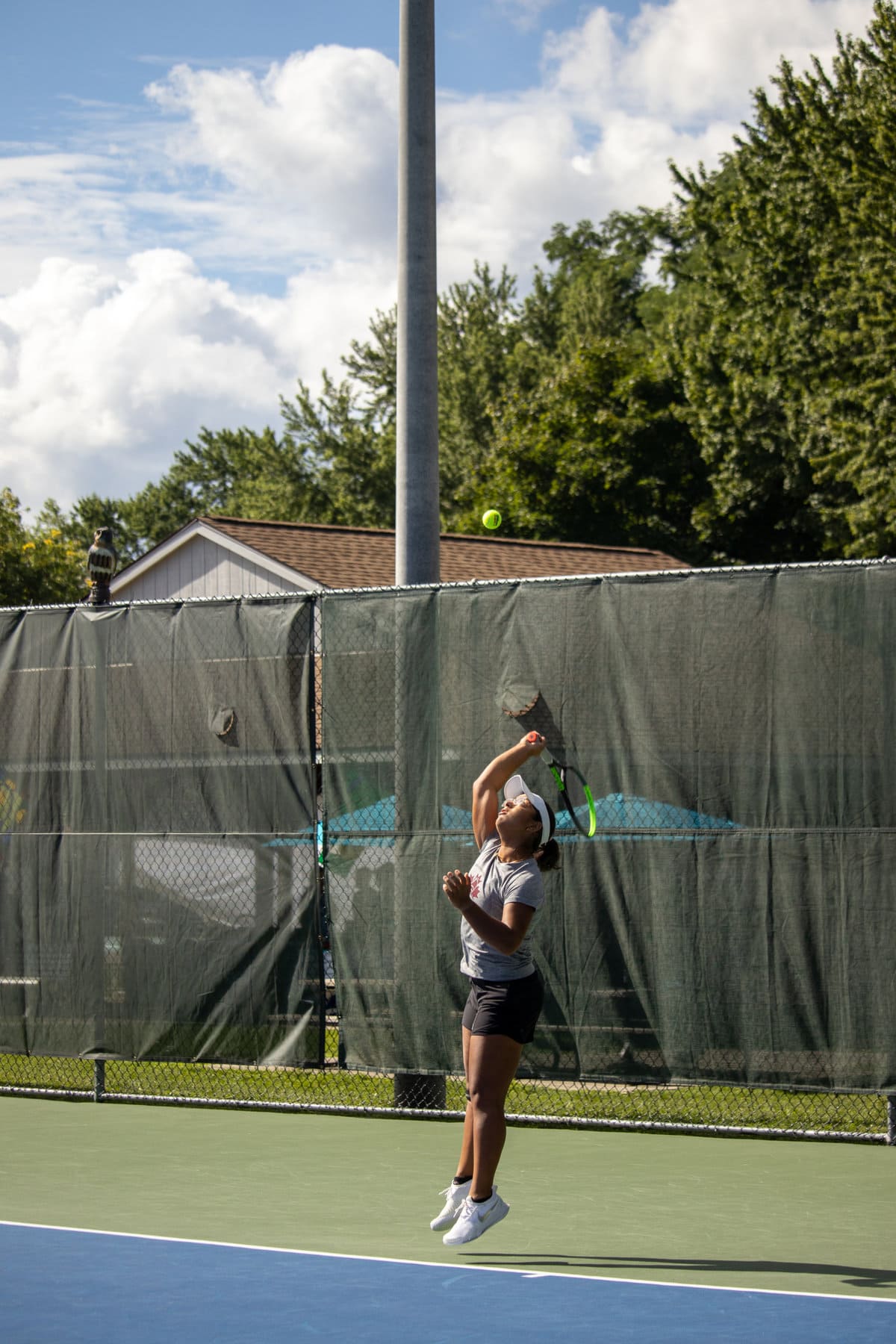 With the gold medal game inching closer, the competitors brought their all Wednesday for the fourth day of the Canada Summer Games at the NOTL Tennis Club.

The squeaking of shoes could be heard on the courts as the qualification rounds got underway.

Carter has been volunteering at the tennis club all week with his mother, Ann Liz Simpson. He said tennis is his favourite sport.

Simpson smiled as he showed off all the pins he’s been collecting from each province and territory throughout the Games.

As of 10 a.m., team Manitoba and team Newfoundland and Labrador battled it out on courts one and two.

On court five, the Northwest Territories’ Joe Curran was in an intense game against Nova Scotia’s Mark Rainnie.

Next to them on court six, a player from Northwest Territories played against Nova Scotia’s Meghna Anand.

Bystanders cheered for their teams as the matches progressed.

“I think that they’ve done an amazing job. The team is really excited,” said Margaret David, who was behind the fence cheering for team Nova Scotia. Her daughter, Zarah David, plays on the team.

This is her daughter’s first time playing in the Canada Summer Games.

“This is a group of high over-achievers. To even get here is an accomplishment of its own,” she said.

The stands were full of people supporting the players.

Tina Purcell came from Newfoundland and Labrador to support her daughter, Emelyn Purcell, in the tennis competition.

She said one thing they really appreciated was all of the Games volunteers and how friendly they were.

Nova Scotia went on to defeat Northwest Territories 6-0 and will face Ontario in the quarterfinals of the Championship bracket.

New Brunswick beat Prince Edward Island with 4-2, and will face British Columbia in the quarterfinals of the Championship bracket.

Newfoundland and Labrador came out on top of Manitoba with 4-2, but who they will face in the quarterfinals has not yet been posted.

The next few days will be action-packed as the Games inch closer to the gold medal game on Saturday.

Museum celebrates women with a month of films

Letter: Tourist shuttle is a great idea. We suggested it 30 years ago