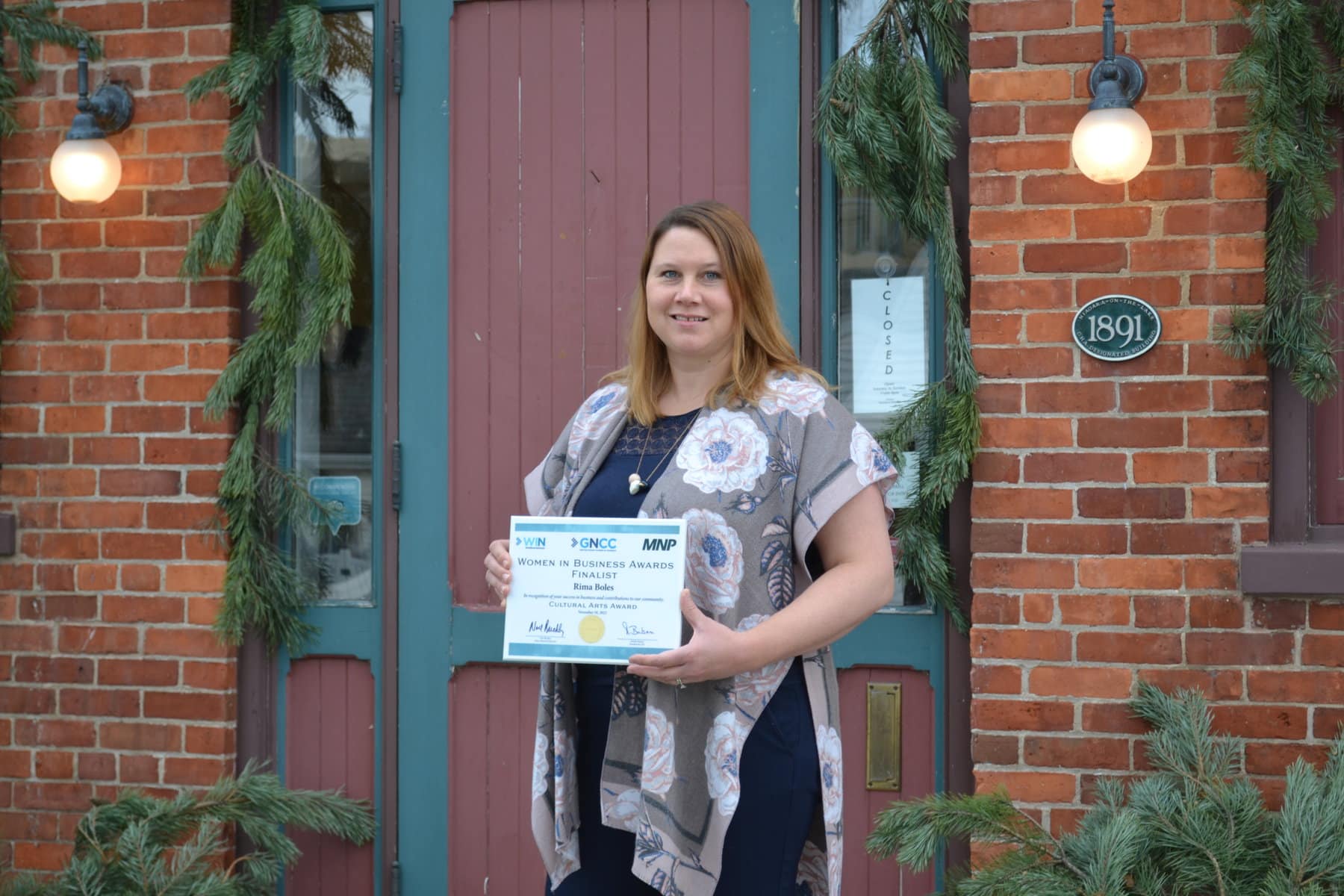 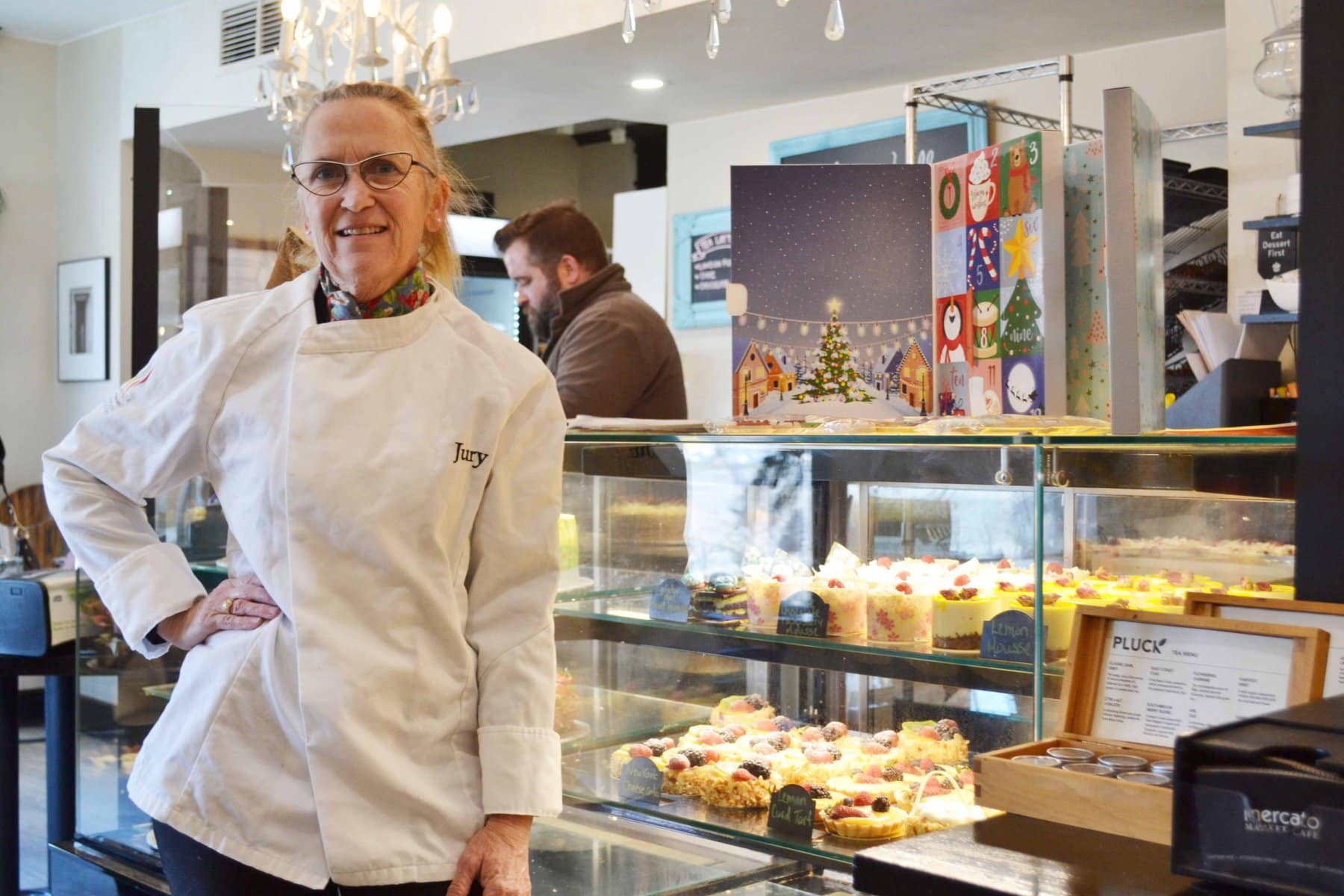 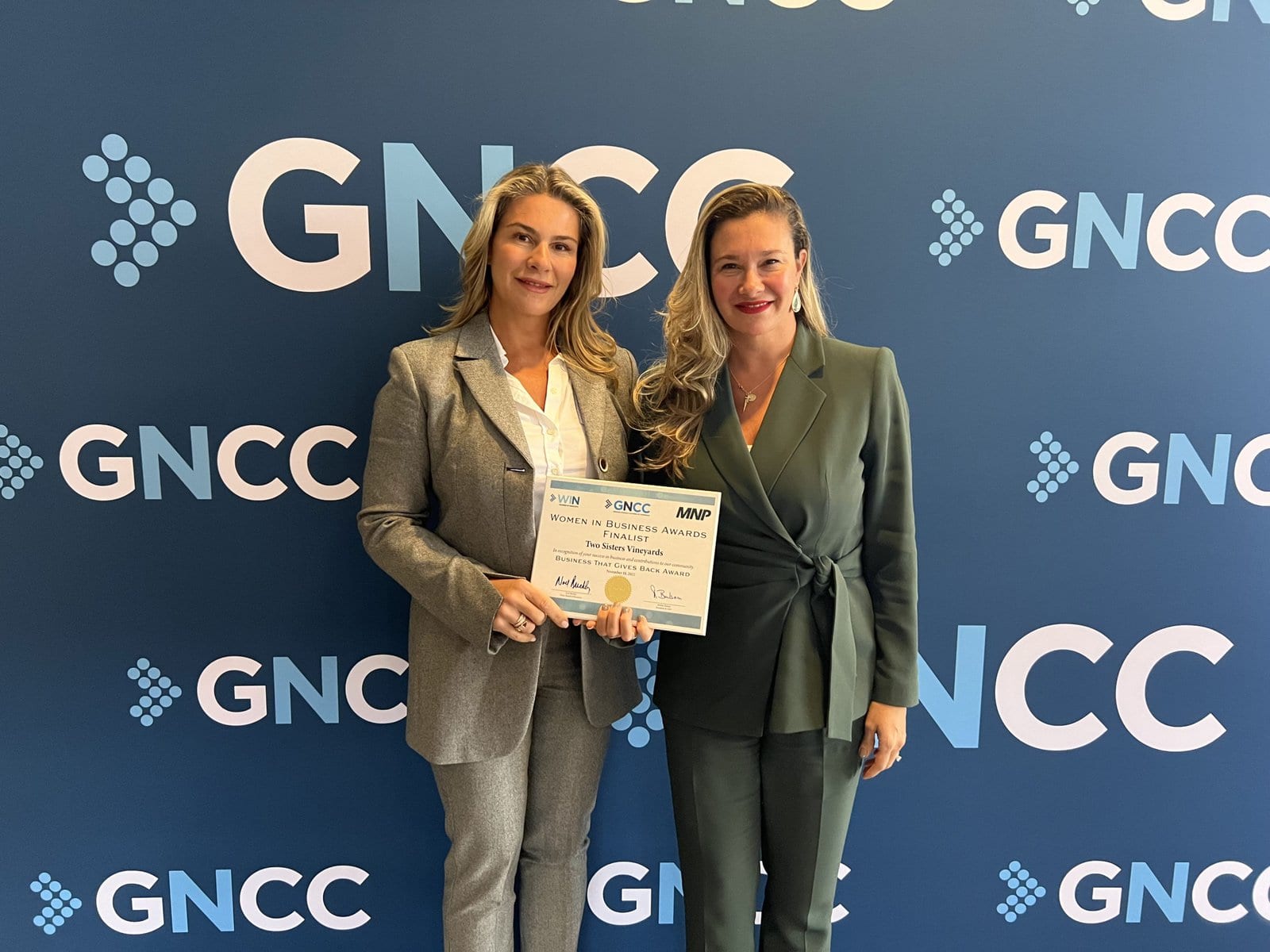 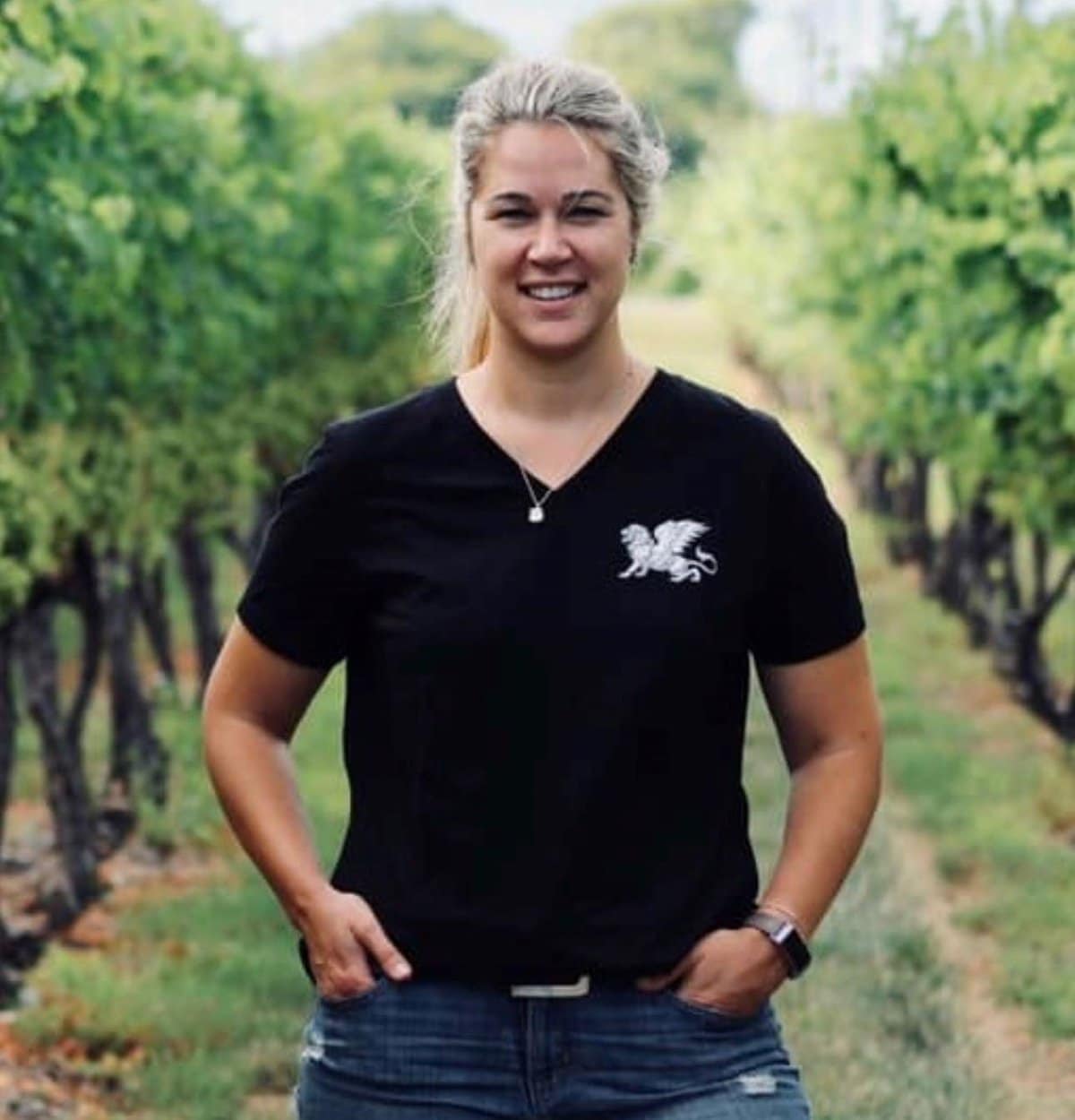 It is no secret that Niagara-on-the-Lake is home to many strong, independent businesses run by committed community leaders.

And last Friday’s Women in Business Awards ceremony honoured some of them – NOTL women who are the movers and shakers behind several successful institutions in town.

In fact, NOTL women won the top honours in four of the 12 categories in the awards sponsored by the Greater Niagara Chamber of Commerce.

Rima Boles of the Niagara Pumphouse Arts Centre, Catherine O’Donnell of Willow Cakes and Pastries, Stephanie Reis of Ferox winery, and Melissa Marotta-Paolicelli and Angela Marotta of Two Sisters Vineyards all shared their gratitude and pride in winning a Women in Business Award.

As well, a number of NOTL-area women were finalists for the awards, including Madison Vine of Andrew Peller Ltd. and Sarah Kaufman of the Niagara-on-the-Lake Museum.

“I was honoured and speechless when they announced that I had won,” Pumphouse director Rima Boles said afterward.

“Even still, it’s taken a while for it to hit me.”

She was nominated for her outstanding leadership in the arts as director of the Pumphouse for the past eight years.

For Boles, one of the most rewarding aspects was the public acknowledgement of the Pumphouse’s role in the community and shining a light on the role of visual arts in the community.

“I am thrilled that the Pumphouse got recognition for all of the work that we do in the community,” she said.

“I love that Niagara-on-the-Lake and all the great work that people do here is being represented.”

Catherine O’Donnell is one of those women doing great work in town.

Founder of Willow Cakes and Pastries and pastry chef professor at Niagara College, O’Donnell actively shares her passion for baking with the community every day.

“When I won, I was so surprised because I don’t win things!” said O’Donnell.

Over the years, she’s been nominated for numerous awards but has seldom won, she said.

Needless to say, she was grateful and proud to receive recognition for her hard work in the baking arts.

“I think (I was nominated) because even during the pandemic, we were still able to do things to give back to the community, especially our community because we have such an amazing one,” said O’Donnell.

Among other things, her shop is famous for the Canada Day cake it produces every year for July 1 festivities.

“The Willow is what it is because of all the incredible people that work here, from our retail staff to our back staff and by being the conductor of such an amazing business, I think people see that my beliefs and core values go into everything.”

O’Donnell expressed her immense gratitude to the mystery person who nominated her for the award and for the incredible ceremony itself.

“I was the only girl in my class when I went to college 42 years ago. Evolution is wonderful to see.”

She couldn’t make the awards ceremony itself but Stephanie Reis of Ferox winery called in from Florida to share her excitement with The Lake Report.

“I was in the company of a lot of great candidates from different kinds of businesses and experiences, so I was just so honoured to win,” she said.

Reis, who has a background in sports and events marketing, believes she was nominated for all of her work behind the scenes at Ferox.

“Our brand, Ferox, is my husband’s wines and I think a lot of people assume it’s all his since he’s the face of it. But I take care of a lot of the background stuff.”

“In our business, it’s not just about making great wine. It’s also making sure we deliver  products to our customers and we have to tell our story,” she said.

“My husband makes that a bit easier for me because he happens to make really good wine.”

Reis extended her gratitude to Kristen Wakani from RBC, who nominated her for the award, as well as all those who have supported Ferox through its evolution as a company.

Two Sisters Vineyards is no stranger to awards, being named the “Best Performing Small Winery of the Year in Canada” for 2018.

But siblings, and co-proprietors, Melissa Marotta-Paolicelli and Angela Marotta were honoured to win a Women in Business Award.

“We were nominated by Minerva Ward, who is the president of the NOTL Chamber of Commerce, someone who we have gotten to know very well,” said Melissa.

“She has been doing amazing things for our town and the businesses. It was an honour to be nominated by her for this particular award.”

The sisters were recognized for their dedication to charitable causes, including Gillian’s Place in St. Catharines and Sick Kids.

“We will continue to support all of the charities we currently are committed to, specifically Gillian’s Place and Sick Kids Hospital, as both these places hold a special place in our hearts,” said Melissa.

“As much as it was an honour to receive this award, we don’t look for any recognition,” she said.

“The idea alone that we are able to positively impact the lives of those around us is enough and we will continue to do so with charities and organizations that are important to us as a family.”

The siblings also extended their gratitude to the team at Two Sisters.

“We are very proud to say that we have the most amazing staff. Without their dedication and hard work, we wouldn’t be where we are today and be able to give back.”

Letter: Town’s excuse for not ‘shopping NOTL’ is disgraceful

Letter: CAA ‘Slow Down’ signs a good idea, but …