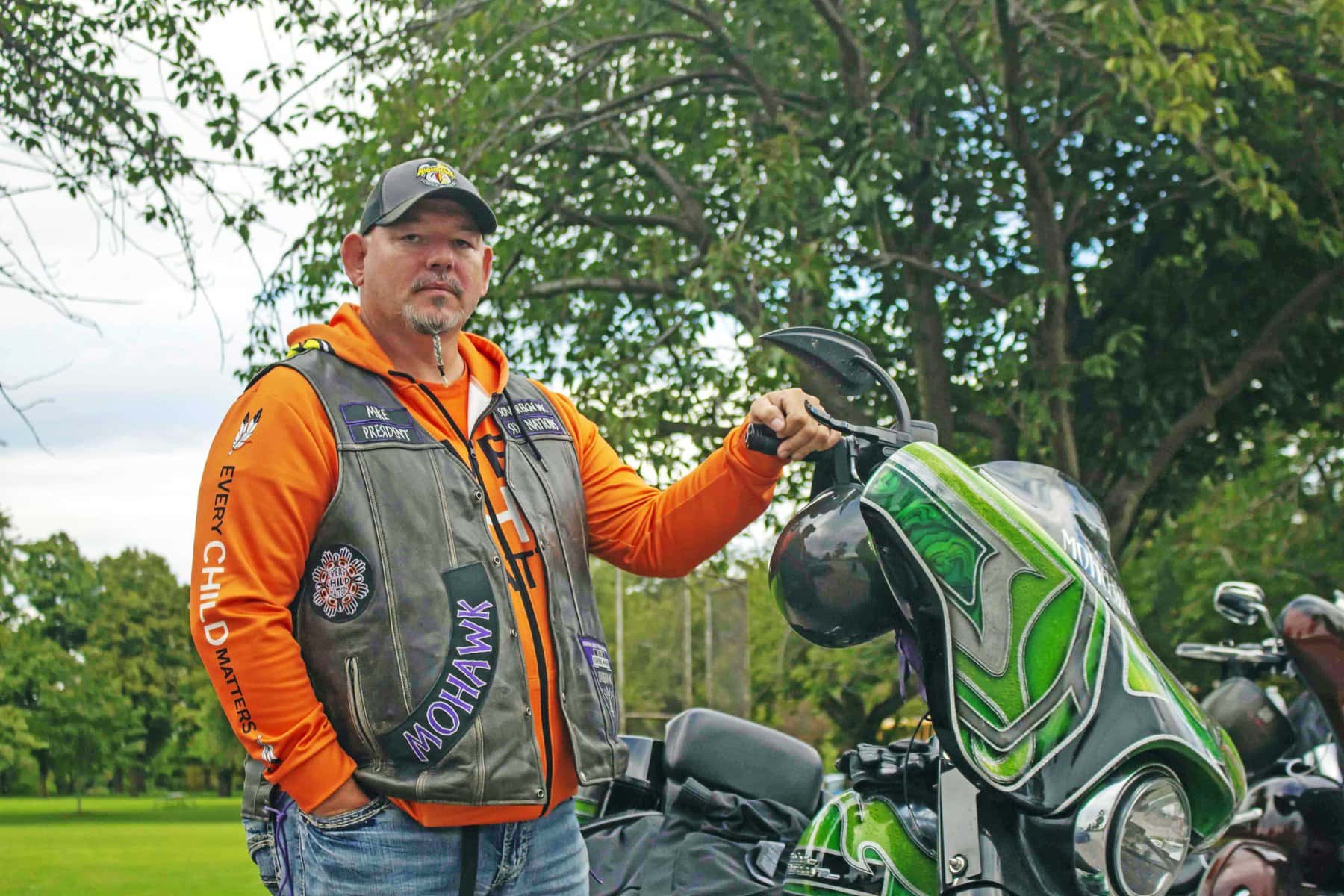 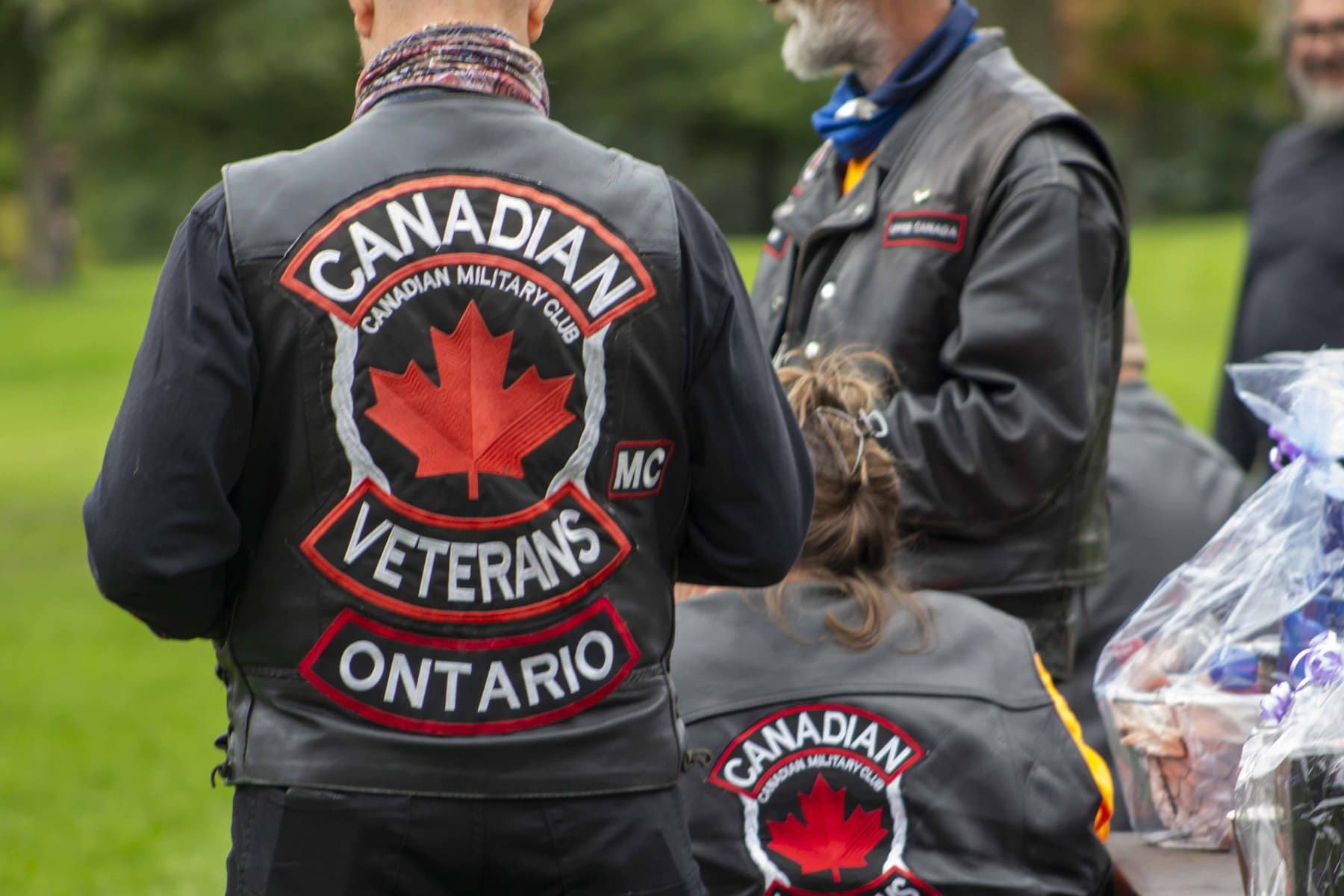 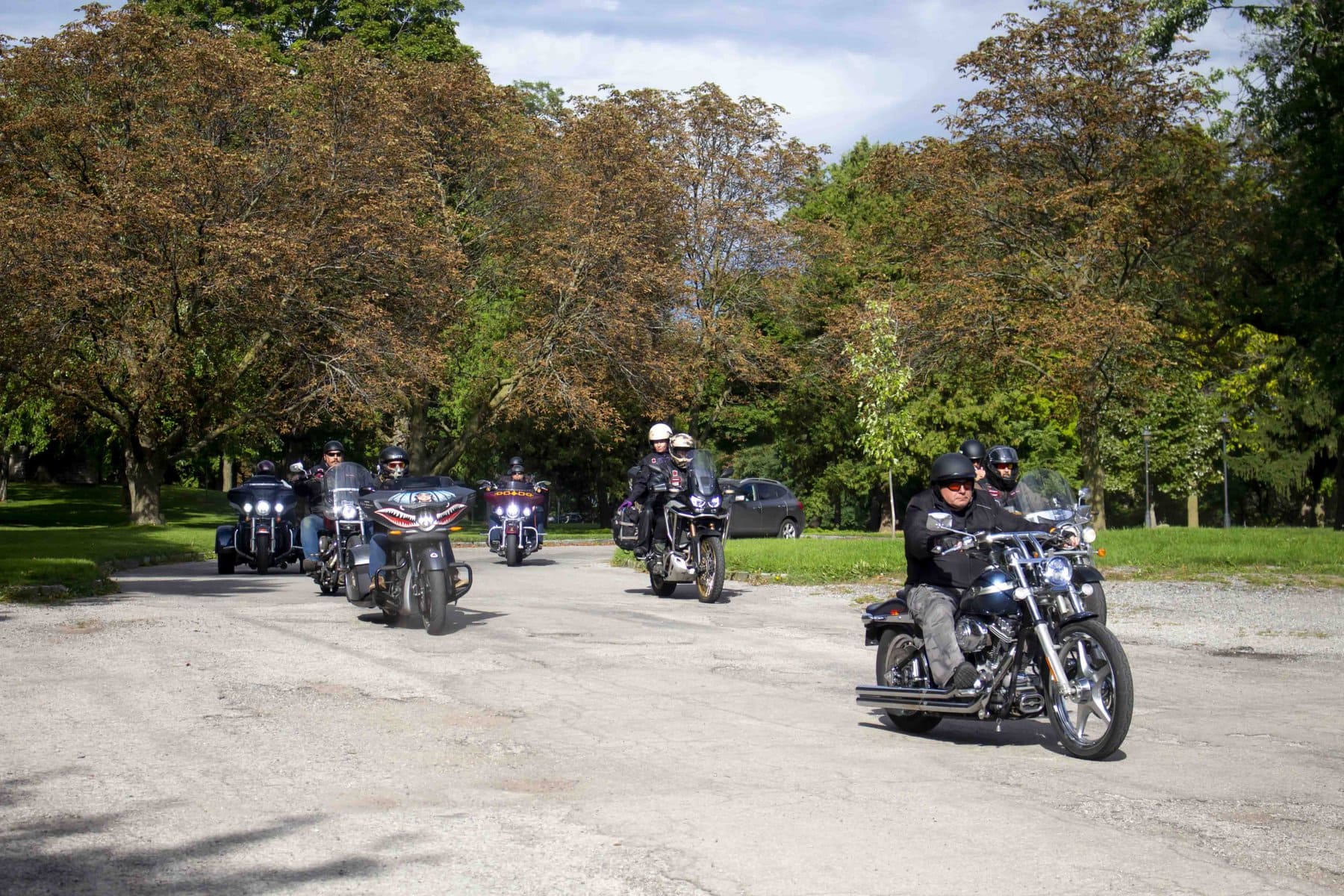 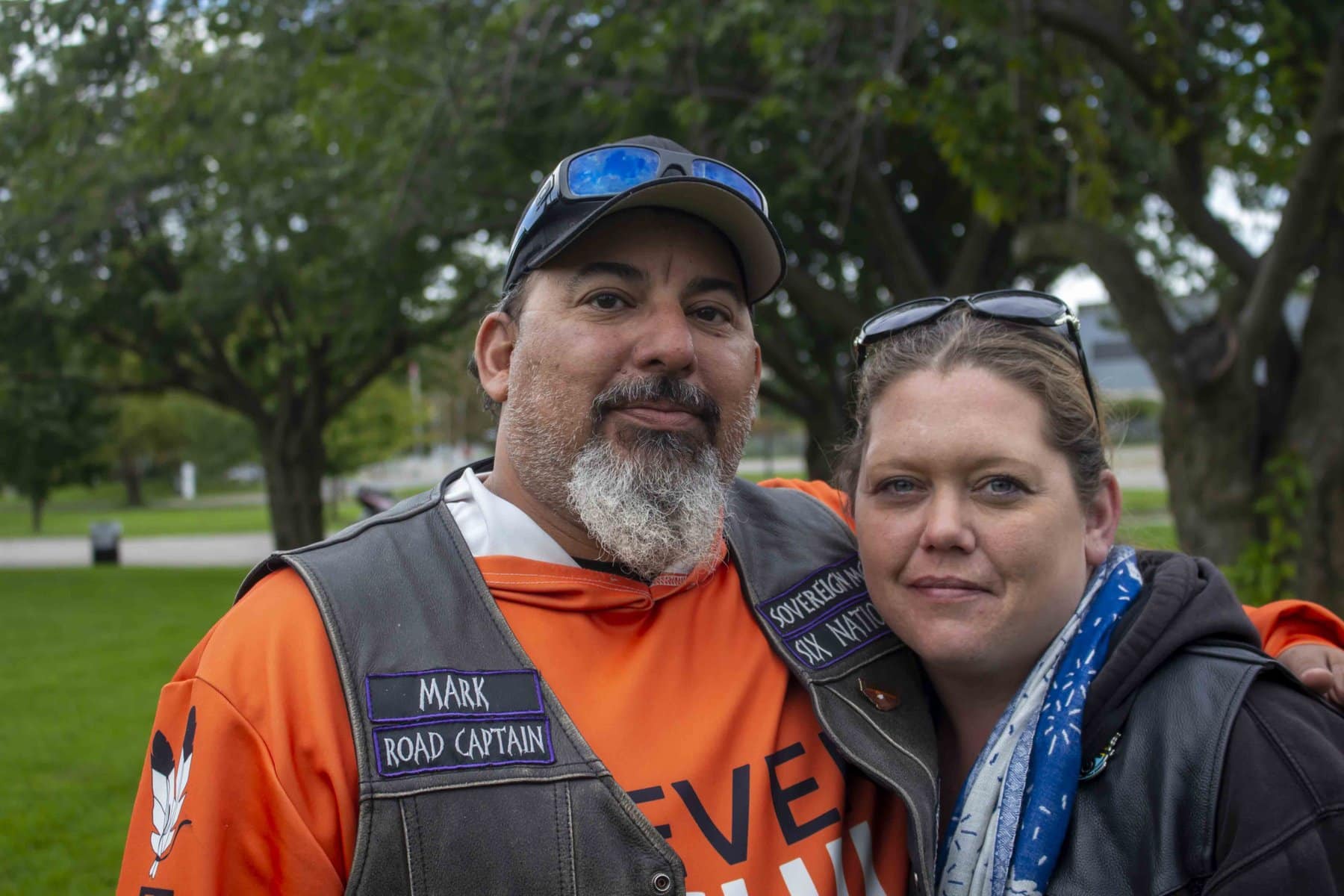 The Sovereign Motorcycle Club was at Queenston Memorial Park Saturday afternoon at the end of a long ride from Ohsweken on the Six Nations of the Grand River First Nations reserve.

The motorcycle club from Six Nations has a history of charity, previously coming to Niagara-on-the-Lake to raise money and awareness for survivors of residential schools.

“We wanted to align our ride as close as we could to Orange Shirt Day,” club president Mike Player said.

Last weekend the Unity Ride was raising money for the Mohawk Village Memorial Park, a restoration project seeking to convert part of the old grounds of Brantford’s Mohawk Institute into a park to commemorate the survivors and victims of residential schools

Sovereign is a young club, only around for two years, but it already has made an impact.

Player estimated the club has raised about $10,000 for the Mohawk Village Memorial Park with this ride alone.

He thinks they may change the date next year, though, as the weather was unexpectedly cold Saturday afternoon in Queenston Park.

Last year, the club raised about $3,800 for the Save The Evidence campaign put on by the Woodland Cultural Centre.

The memorial park project is sometimes mistakenly affiliated with the Woodland centre, but they are different entities, Mohawk Village board chair Roberta Hill told The Lake Report in an email.

The grounds of the Mohawk Institute are also being inspected for the remains of children who died there.

Player gets choked up talking about it.

The Ironworkers and the Canadian Association of Veterans motorcycle clubs also had members at the event.

Paul Kernen, president of the Upper Canada chapter of the veterans club, said the members of Sovereign have been instrumental in teaching them about the history and legacy of residential schools.

“Many of us weren’t aware until a couple years ago when it started coming out,” he said in an interview.

“We ride together and we have a great time together. And people get educated.”

While Kernen still feels Canada is “the best country in the world,” he is troubled by this chapter of Canada’s history.

After almost a year, the grounds of the old Mohawk Institute are still being investigated.

“The survivors know what they’re going to find,” Player said.