When Richard Mell first moved to Canada from England, he brought with him a suitcase and degree in criminal psychology.

It was the height of crime investigation shows, he recalls, and the industry was flooded with CSI fans.

“So then I called my dad, who has been here since 2000, and said I’d be coming for an extended vacation.”

Eight years later, he’s not really putting his degree to use — but he’s having more fun, he thinks. Instead, Mell took a leading role in an industry he never really imagined himself in — operating local wine tours.

The young entrepreneur now co-owns Grape Escape Wine Tours with his father and step-mother. In just a few years, he’s helped bring the business from his father’s kitchen to a spacious, newly-renovated facility on Niagara Stone Road.

He reminisces a bit about the beginning days, when four or five tour guides used to meet for coffee before starting the day.

Now, four locations later, a summer day sees around 35 guides out touring, typically two to a group for safety.

“Needless to say we don’t invite staff anymore for coffee,” he jests.

And with the tours becoming increasingly popular, Mell now plans to expand Grape Escape in a unique way — one that he hopes will offer something beyond a tourist experience to the community, something for the soul and body.

Mell talks about it with enthusiasm, as final preparation work goes on in the background.

“When we moved in we had all this storage space, and were thinking of some way to tie more into the community,” Mell said.

“We wanted something locals as well could enjoy … To engage the local community, focusing on all aspects of wellness.”

Classes will run at different times of day, offering locals a place they can come to relax.

He also plans for a smalllounge area, “similar to Pillar & Post,” which will serve have herbal teas, seasonal fruit and other items more in the holistic vein.

The yoga classes will be run by Natalie Rogers, who also runs tours time to time, and RaeAnn Reimer will take the lead on the spin and fitness classes.

The mediation sessions will be Gareth Wright, who also acts as office manager for Grape Escape.

Mell says he will also have special guest teachers once in a while.

The first few classes will be completely free, so people can come find out what it’s all about before signing up — and anyone who comes out will get a $20 discount on their first month of membership.

It’s not so much that Mell is stepping away from Grape Escape, but that he feels he’s met a lot of his goals and wants to branch out, securing the top spot on TripAdvisor for wine tours.

“We’ve reached where we want to be and continue to be with Grape Escape, but now we want to diversify …  apply that success for more offerings for community, ”

Mell officially became a Canadian citizen in May 2018, and hasn’t stopped there. He’s also gotten himself a real estate licence and is now a sales representative with Bosley Real Estate in town.

He said that’s been a big focus for him, and talks passionately about his future, growing himself as a realtor the same way he grew Grape Escape to be in the top ranks.

It’s taken four locations, two countries, a family endeavour and eight years to build the business, and to further himself, but perhaps that’s where it all ties in for Mell. Meeting him and his dog junior, you realize he’s easy to talk to, loves what he does and works hard.

Complimentary Wellness Retreat classes will start in January. Anyone looking to attend, or to buy or list a house, can call Mell at 289-219-0304. 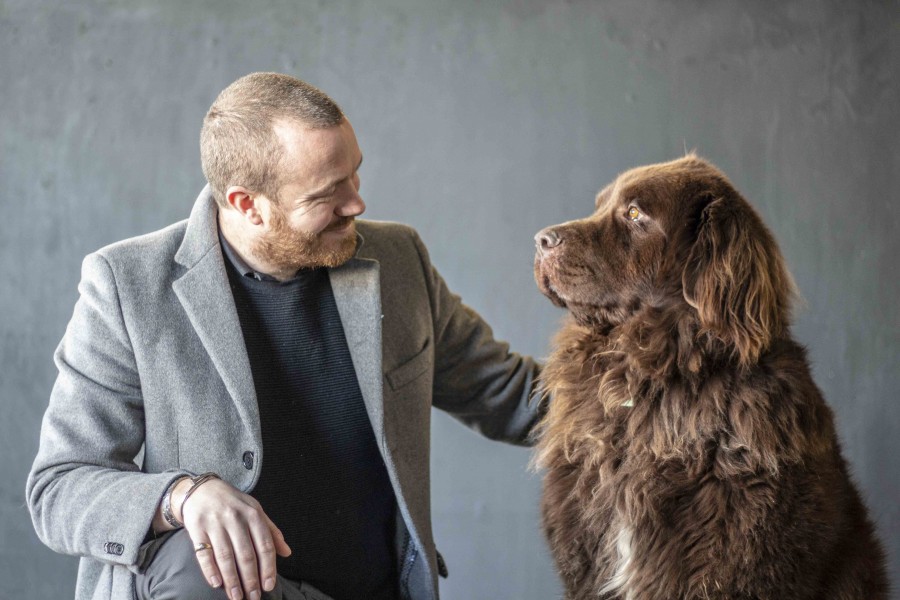