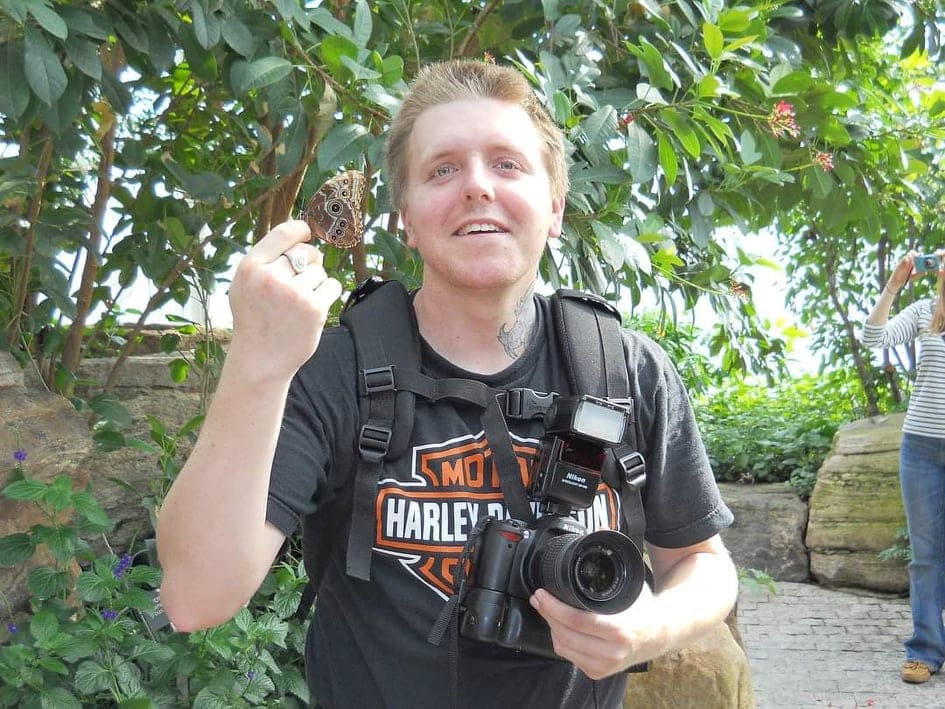 A charge against a Niagara-on-the-Lake driver involved in a fatal late-night collision with a pedestrian could hinge on the court’s interpretation of a single word.

The 40-year-old victim, Matthew Wilson, also from Niagara-on-the-Lake, died after he was struck by Enns’ pickup truck on Lakeshore Road east of Stewart Road just after 10:30 p.m. on Sunday, April 4, 2021.

Under section 199 of the Highway Traffic Act, a person is required to report any accident “forthwith” if someone is injured or if it appears more than $2,000 in damage was caused.

The big questions before the court last Thursday in Welland were whether Enns reported the collision as soon as possible – “forthwith” – and if his estimate of $1,500 damage to his truck was reasonable and accurate.

The Crown and defence had starkly differing views on those points.

Because he thought he’d hit a deer, Enns said he didn’t report the incident until the next morning, about eight hours afterward.

Early on that Monday, after seeing the damage was more serious than it looked at night, reading a post on Niagara 411’s Twitter feed about a police investigation into a fatality on Lakeshore Road and receiving a phone call from his daughter asking about the road closure on Lakeshore, Enns said he called police.

He said this all happened almost simultaneously and prompted his call to police.

Crown prosecutor Henry Limheng argued that Enns’ testimony was “filled with inconsistencies and self-interest” and that he was being “wilfully blind to the extent of the damage” to his truck.

He also questioned Enns’ credibility in coming up with a damage estimate that “was just under” the $2,000 total, which would have required him to report the incident right away.

At his trial last week, Enns testified he thought he had hit a deer, but admitted to Limheng that he also feared he might have struck a person.

“To be honest, maybe I suspected” it was a person he had hit, Enns said, but emphasized that in the dark he saw “a tannish, brown form” he thought was a deer.

The collision occurred as Wilson was walking east toward NOTL along the unlit south shoulder of Lakeshore.

Enns, driving his black Ford F-150 pickup, was headed to his home nearby on Irvine Road, about 1.5 kilometres from the scene.

He had been out for dinner earlier that evening and said he was returning from his girlfriend’s home in St. Catharines.

He said he had one glass of wine a few hours before the crash.

Niagara Regional Police Det.-Const. Ryan Dool testified that Enns was “very co-operative” during the investigation and that his truck sustained extensive damage to the front end on the passenger side.

The court also heard a 22-minute recording of an interview with Enns conducted by Det.-Sgt. Brian Essery the morning after the fatal collision.

Enns told Essery he saw “a dark shape, just a glimpse” and was sure it was the “hind quarter of a deer,” which are common in the area.

It all happened in an “instant,” he said. “It came out of nowhere, in my lane.”

During his testimony in provincial offences court, Enns said, “I was very shook up” and “in a frazzled state” after the collision.

Enns said he immediately stopped, got out of his truck and tried to determine what he hit.
“It was dark. I couldn’t see,” he testified.

He said he saw some debris from his truck, illuminated by his one working headlight, including pieces from a broken passenger side headlight and fog lamp.

He said he didn’t see Wilson, nor any evidence he had struck a person. He told Limheng he didn’t see a shoe or other items that investigators later found on the road.

About 7:20 the next morning, a passerby discovered Wilson’s body in the southside ditch, which is three to four feet deep, Dool told the court.

Court was shown a dark, grainy, black and white surveillance video captured by a security camera at Seaway Farms, at Stewart and Lakeshore roads.

In the video, lightened by the Crown to enhance visibility, for a few seconds around 10:26 p.m. a person can be seen walking eastward along Lakeshore.

Eight minutes later, at 10:34 p.m., what looks like a pickup truck passes Seaway. Twenty seconds later, well off-camera, a thud can be heard.

The Crown’s video evidence appeared to support some of Enns’ testimony,

Several minutes into the recording, a westbound pickup truck stops on Lakeshore and a figure can barely be seen getting out of the vehicle and looking around for about 90 seconds.

The truck then slowly heads eastward on Lakeshore, just before 10:42 p.m.

In his testimony, Enns said that right after stopping the first time, he got back in his truck, made a U-turn and with his high-beam headlights on drove westward in the middle of a deserted Lakeshore Road looking for more evidence of what he might have hit.

Near Stewart Road he stopped again, which is the scene captured on video.

Enns testified that when he stopped the second time, he used the flashlight from his mobile phone to look around and to inspect the damage to his truck.

Based on his experience as the operator of a large farming business, with many vehicles, he told the court he thought the damage was about $1,500 and “maybe something I could fix myself.”

In the pitch dark, using his phone flashlight, he thought he had some broken lights and maybe other minor damage, Enns said.

The Crown introduced estimates from body shops ranging from about $5,500 to more than $10,000.

But Singh argued those estimates, done in 2022, more than a year after the crash, were based on looking at well-lit photographs taken by police.

He suggested that if the estimators had viewed the truck damage in the dark, as Enns did, they would have come to a different conclusion.

The pickup was eventually repaired by Enns’ insurer at a cost of $10,500, court was told.

In the defence’s final submission, Singh said his client reported the collision “forthwith and forthrightly.”

Enns fully co-operated with police and came to the “reasonable” conclusion that he had hit a deer, Singh said.

The defence also argued that the next morning, seeing more damage in the light of day, Enns “called it in immediately.”

Limheng told Welland Justice of the Peace Mary Shelley that Enns didn’t do everything he could have on the road that night to assess the damage and to fulfil his duty to report the incident.

He accused Enns of determining the damage with “one eye covered” and said if he “genuinely” wanted to know what he had hit, he would have used his mobile phone’s flashlight to inspect the scene more thoroughly.

No date has yet been set for Shelley to deliver her verdict in the case.

After Thursday’s day-long trial, a team of court officials spent more than 30 minutes trying to find a mutually agreeable date before finally deciding to hold a case management session on Oct. 25 at which the date for judgment will be determined.

COVID-19: Letter: Pandemic will mean major changes for us all

A matter of commitment: Frank Pearson’s three decades as a volunteer firefighter