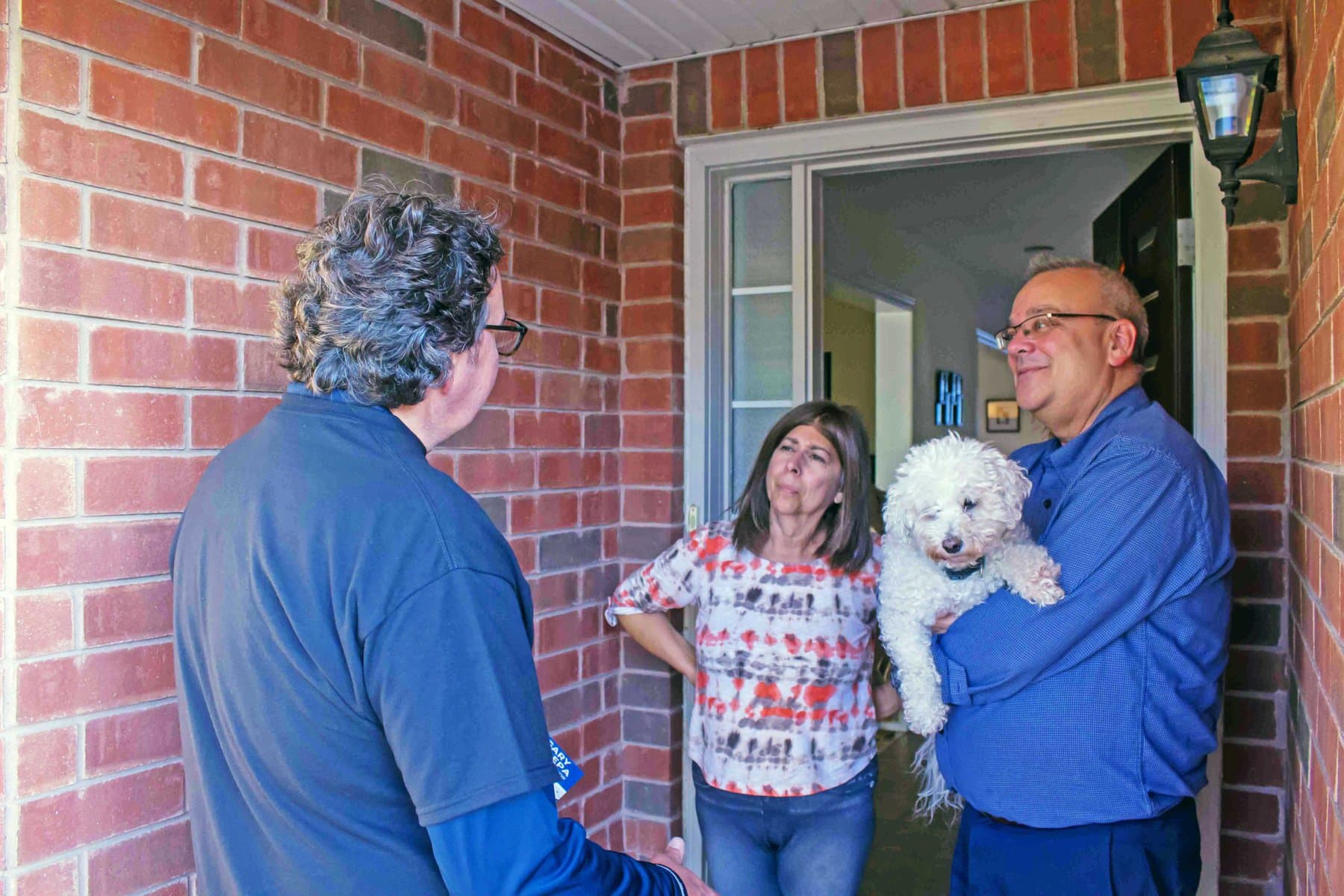 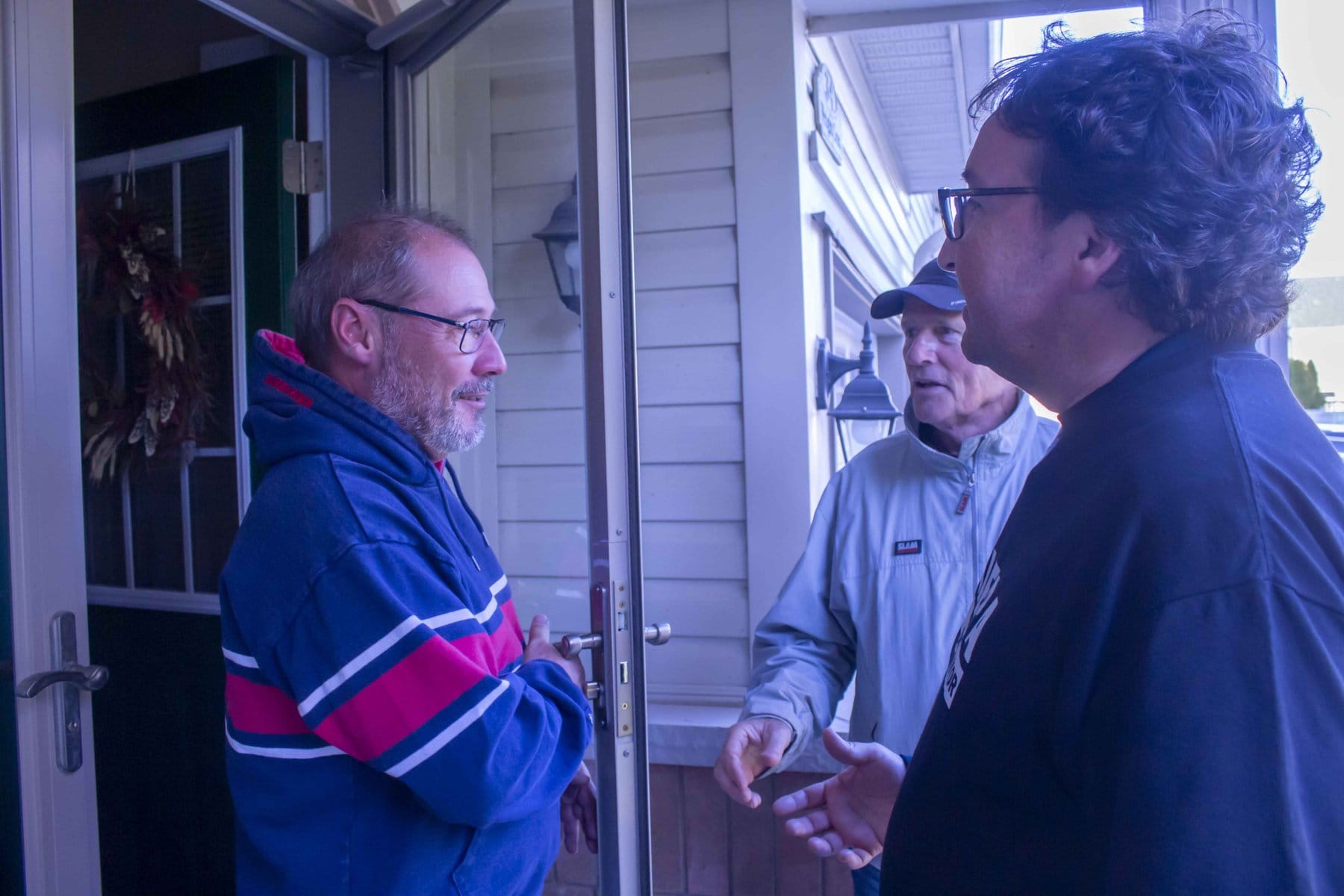 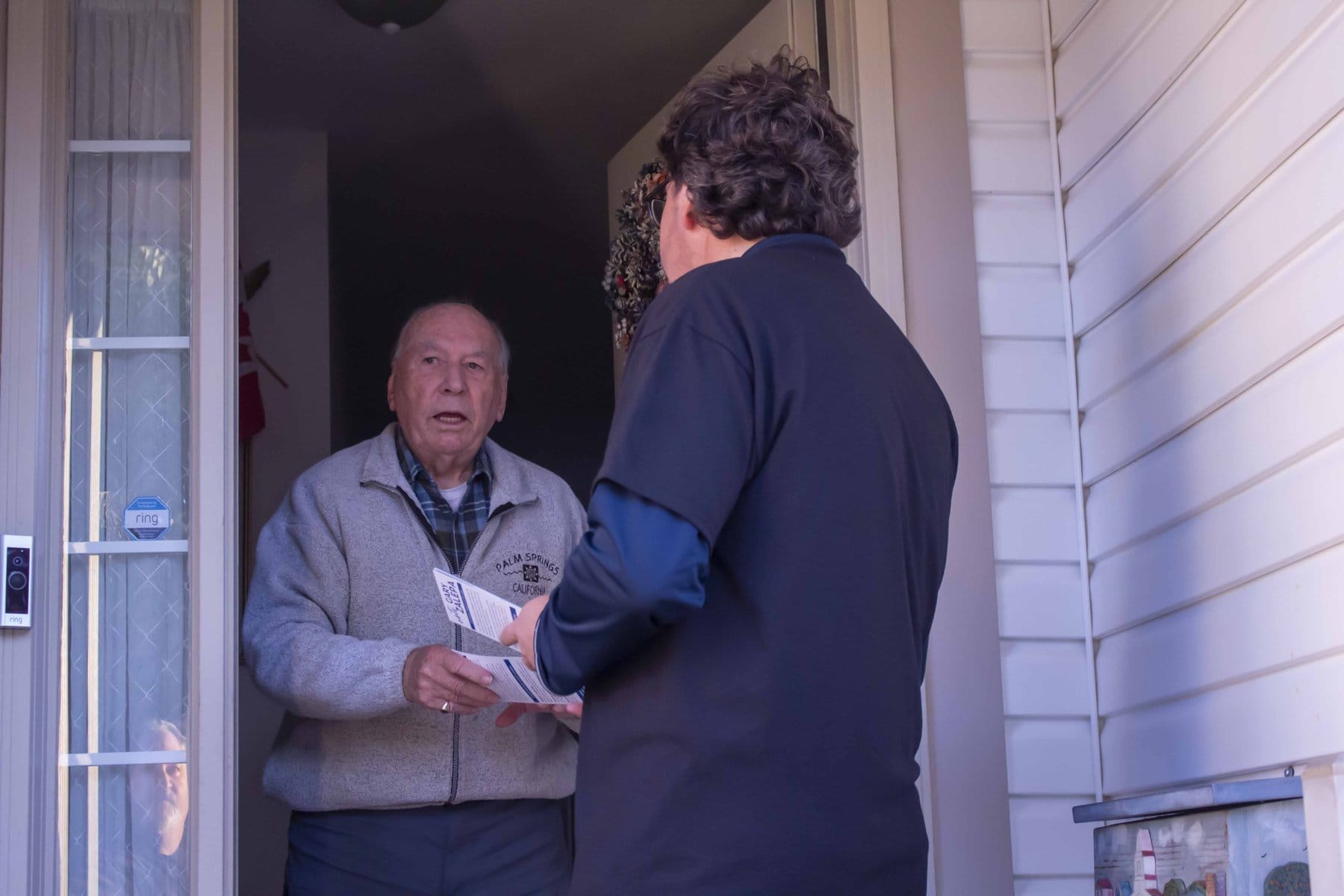 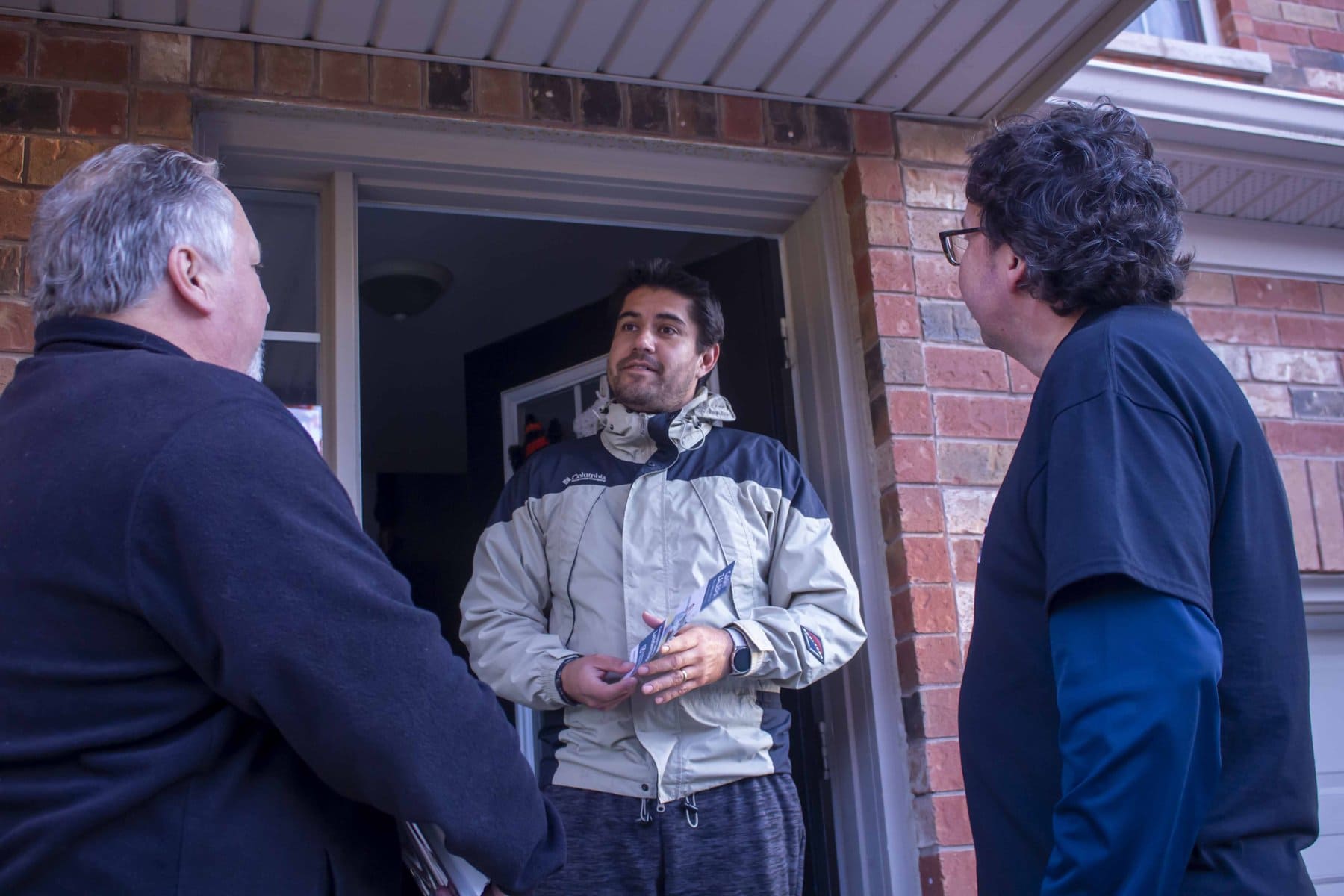 Journalists from The Lake Report accompanied Niagara-on-the-Lake’s mayoral candidates as they spent time campaigning and knocking on doors. The stories were published in the order in which candidates appear on the ballot: Oct. 6 Betty Disero, last week Vaughn Goettler and today, Gary Zalepa.

Traffic, parking and a seat at the table.

Those were the common concerns for residents of Glendale when mayoral candidate Gary Zalepa was out canvassing last Thursday.

“You drive down the concession roads and people are just driving past you at 90 or 100. It’s absolutely ridiculous,” said Carol Milne, a resident of Durham Way.

Zalepa encountered quite a few empty houses and several undecided voters while hopping from court to crescent.

Betty Alexander and her husband greeted Zalepa warmly on their covered porch.

Zalepa had a short chat with them about his history with the town, both as a resident and politician.

“I want to help the (council) work together collaboratively. It’s always kind of been my specialty to be able to do that,” Zalepa told the couple.

Alexander told The Lake Report she was undecided on who she would vote for, but that she had worked on mayoral incumbent Betty Disero’s campaign in 2018.

“I think she’s a very hard worker. But I’m concerned about the discontent (on council),” she said.

Alexander was concerned about the town’s lack of upscale accommodations for retirees and seniors as well.

“They want a really nice facility where they feel comfortable retiring, whether it’s condos that they can buy into and have sort of an extended care as they need it,” she said.

One resident, John Underwood, greeted the mayoral hopeful with a laugh and permitted his team to put a Zalepa sign on his lawn.

“Get some speeding signs put on here to keep them down a bit,” Underwood told The Lake Report.

There are a lot of children in Glendale and Underwood is concerned for their safety.

A door or two down, Zalepa had the chance to meet Ludwig Reiher, who recently moved to Canada from Chile with his family.

Reiher is an international student at Niagara College and was happy with his home, having a school nearby for his kids and a good neighbourhood for them to grow up in.

Stephanie Zerjav had some concerns over the new diverging diamond interchange at Glendale but was more worried about the clear-cutting of trees behind her property on Keith Crescent.

“They did this Feb. 1 and they’ve done nothing except let the trees rot from the ground,” she told The Lake Report.

“We used to have a ton of wildlife and birds and they’re all gone.”

She and her husband felt concerns like these were being ignored by the current administration.

Geoffrey Anderson had his own list of complaints but the transparency of the town was not among them.

Anderson said he’s a Disero supporter because she has been responsive to his calls.

He shared concerns with Zalepa over the lack of parking in Glendale and the aggressiveness of bylaw enforcement.

“We’re not looked upon as Niagara even though we pay our taxes.”

“We shouldn’t feel that we are harassed,” he added.

Norm Behring shared some of Anderson’s parking concerns but he will be voting for Zalepa because he feels the regional councillor is a “stand-up guy.”

He was concerned the current administration is forgetting about Virgil, Glendale and the other communities in NOTL.

“Betty has basically dropped the ball as far as the development here and it’s all about the Old Town,” Behring said.

Crime was clearly a concern for the residents as well.

Rocio Aleman talked about people breaking into cars in the neighbourhood and said a stronger police presence might be helpful.

The sun was going down when Zalepa met Andrew Vasilyev and his wife on their front porch.

“I’d really like to help with getting clarity around our growth policies,” Zalepa told Vasilyev.

He’s also interested in attracting additional employers to the NOTL to help build on the town’s economic growth, Zalepa said.

He and Vasilyev agreed the town should work to attract people who will develop the town and its economy.

The couple remain undecided on who they will vote for, though.

Vasilyev said one “big concern for the regular people is marijuana usage.”

He is concerned that the legalized drug is not regulated well enough and worries about the effect it may have on his children.