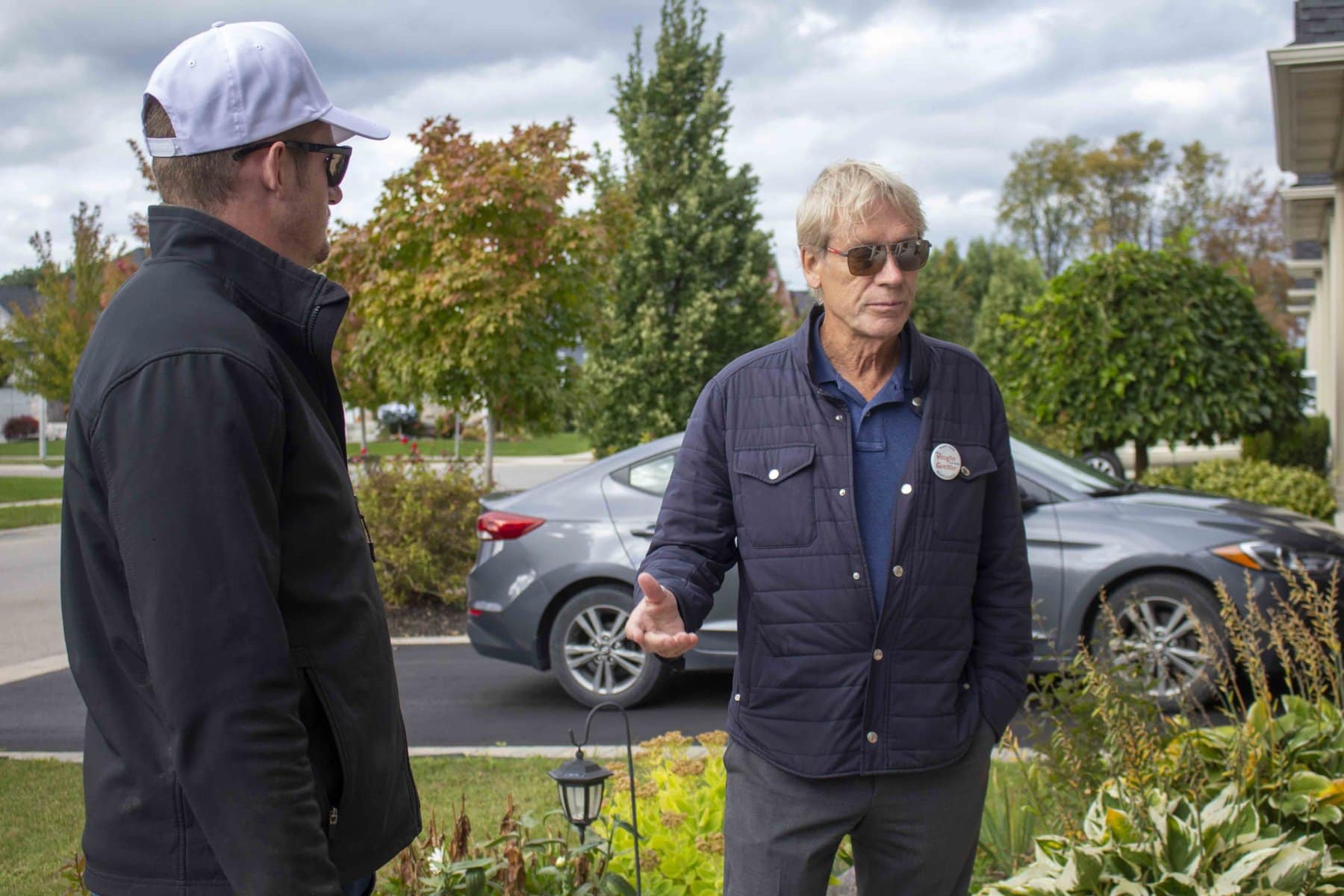 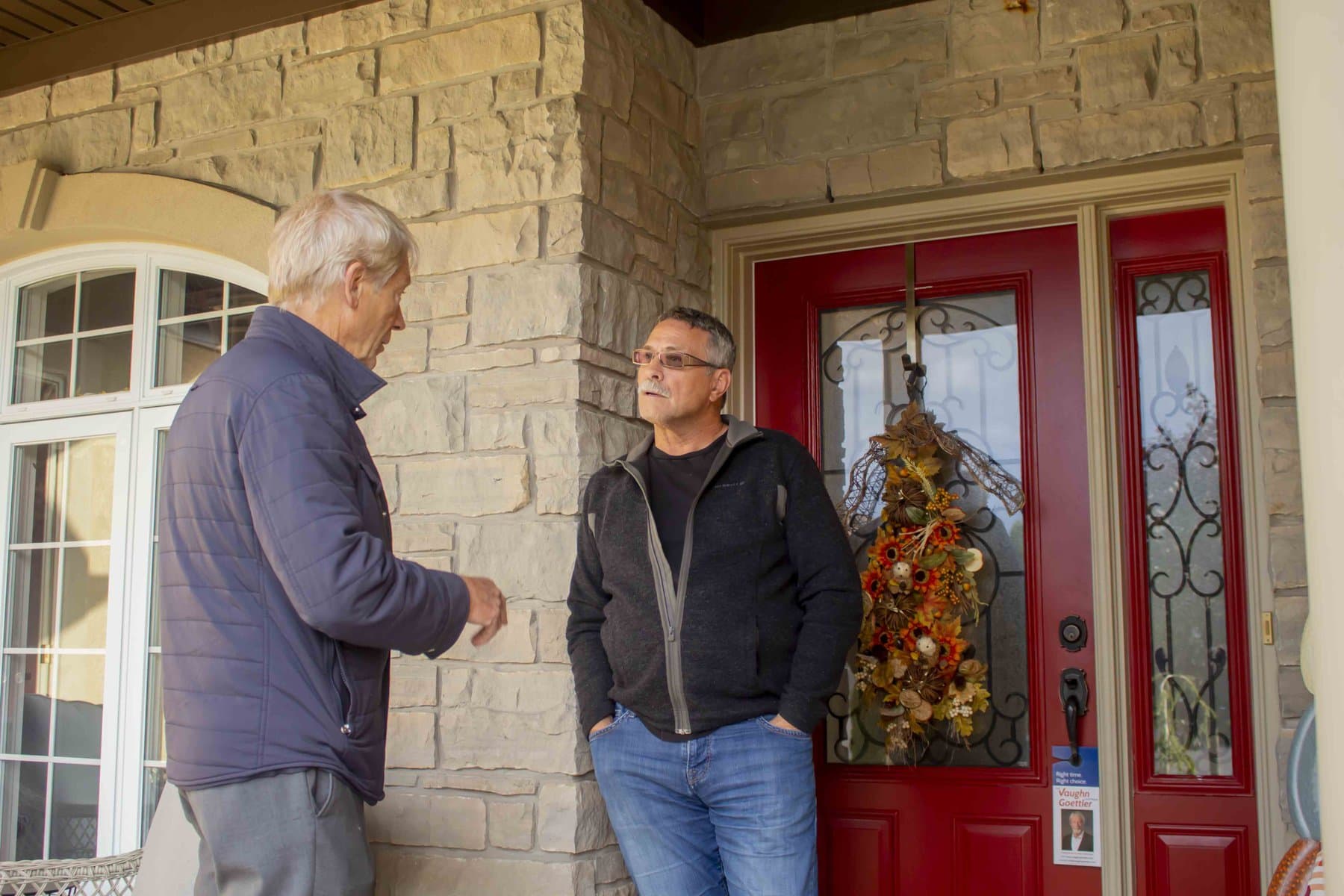 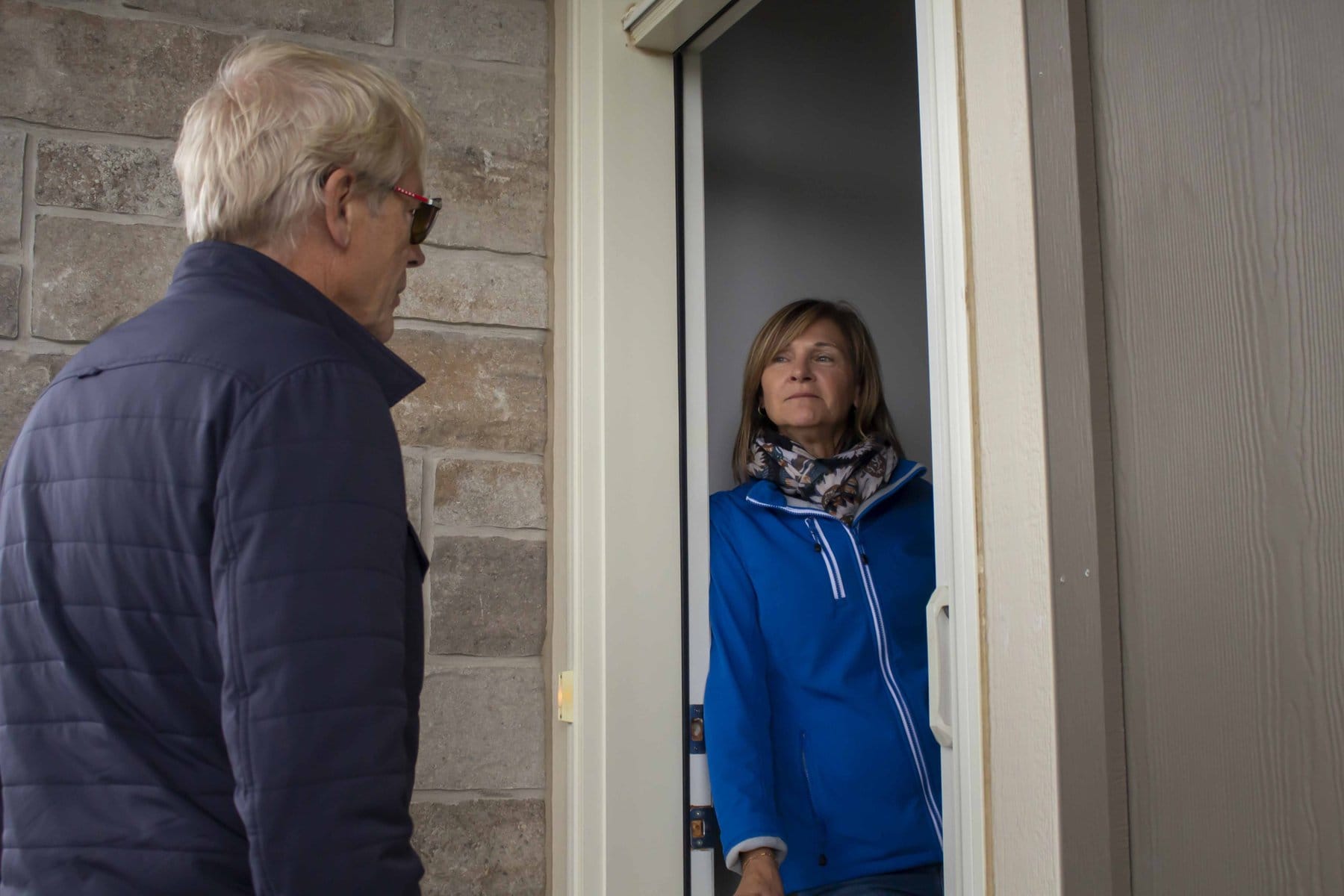 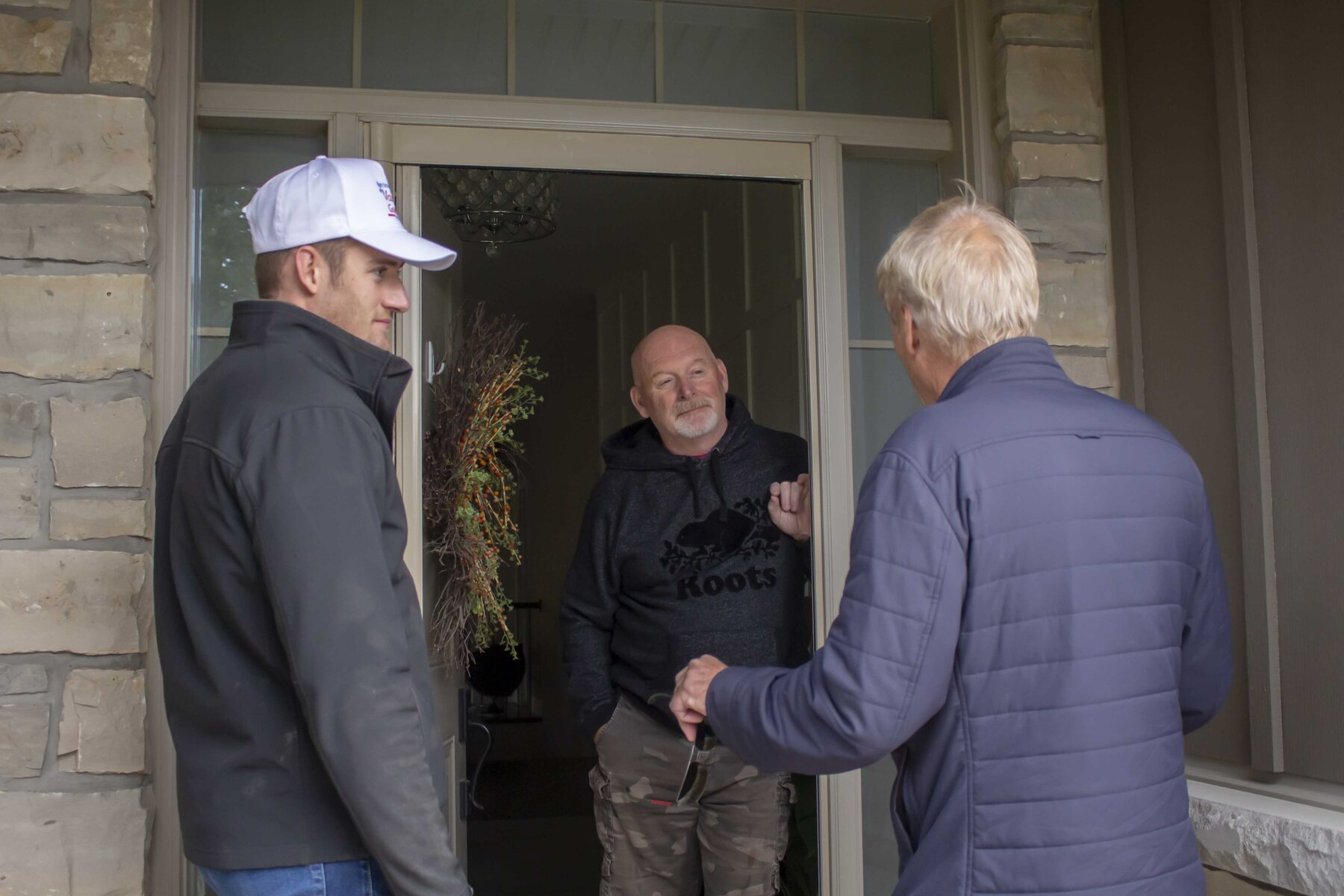 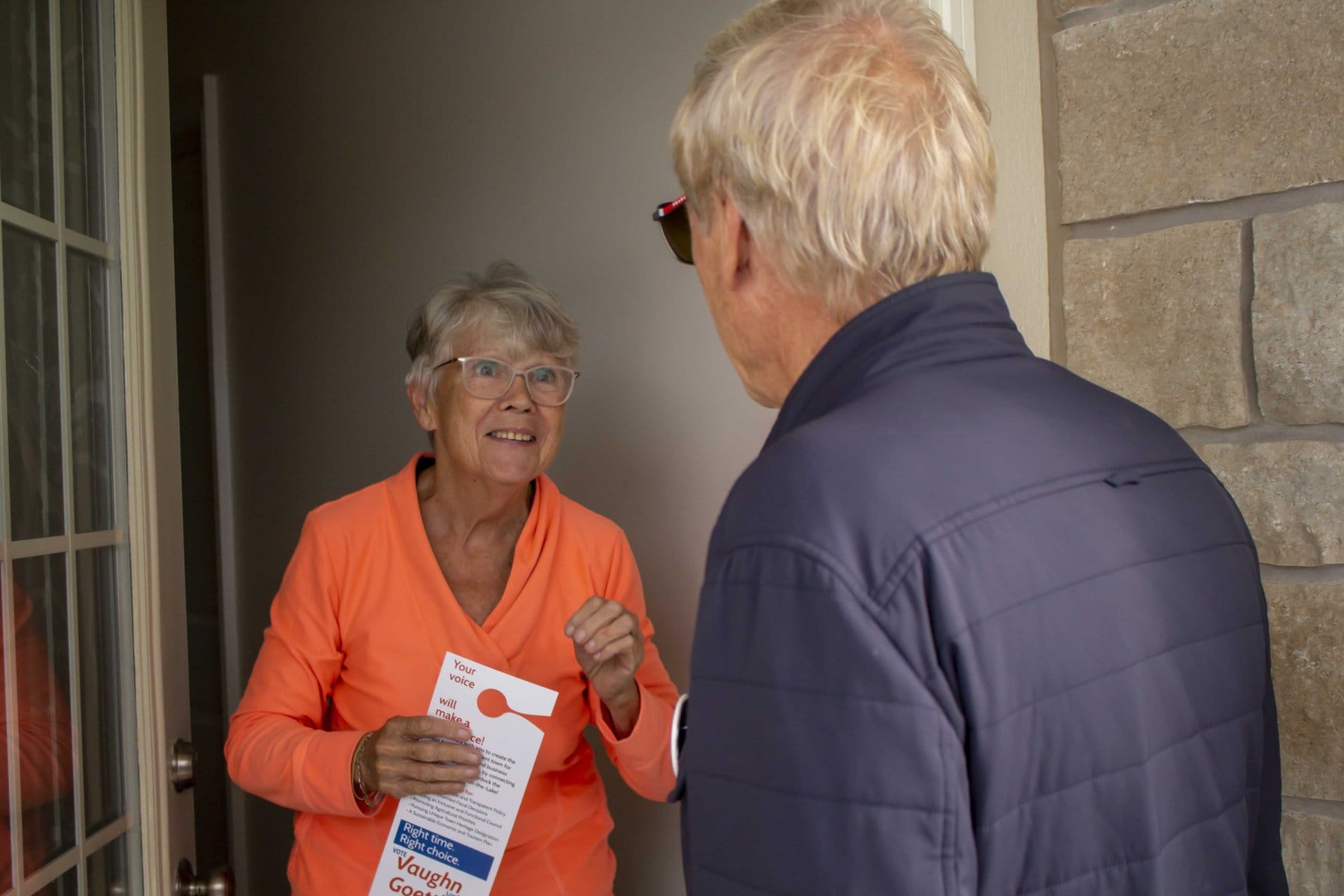 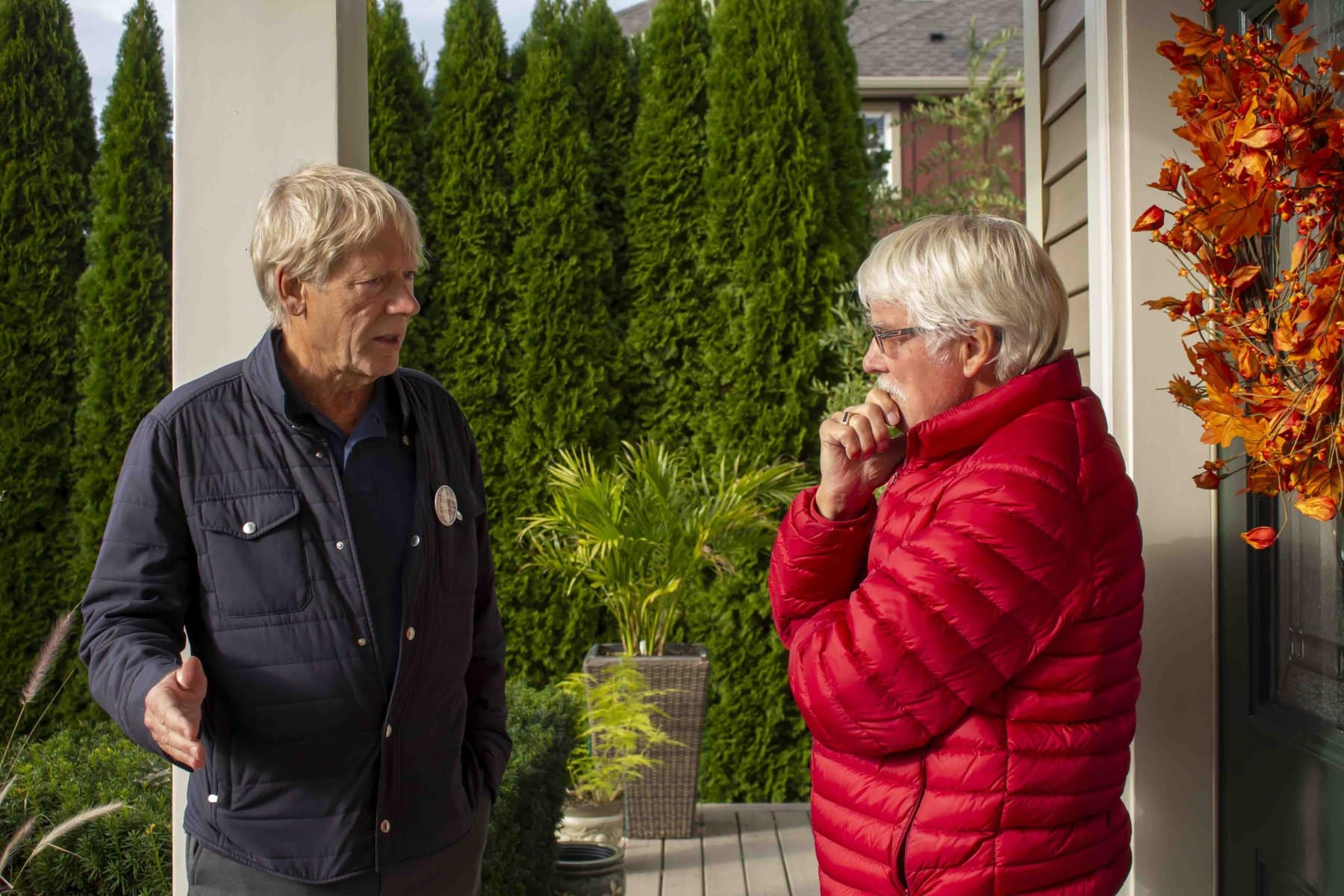 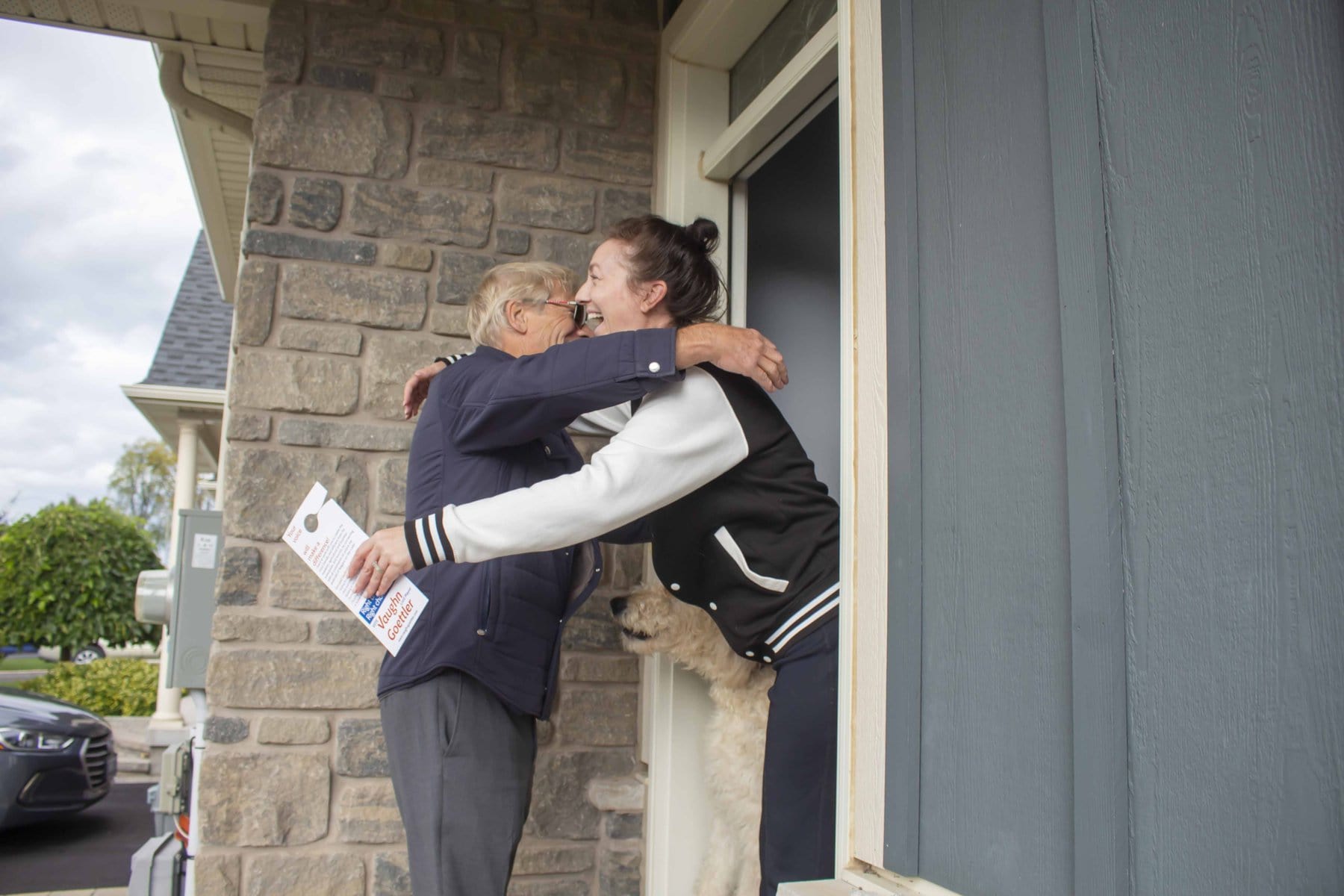 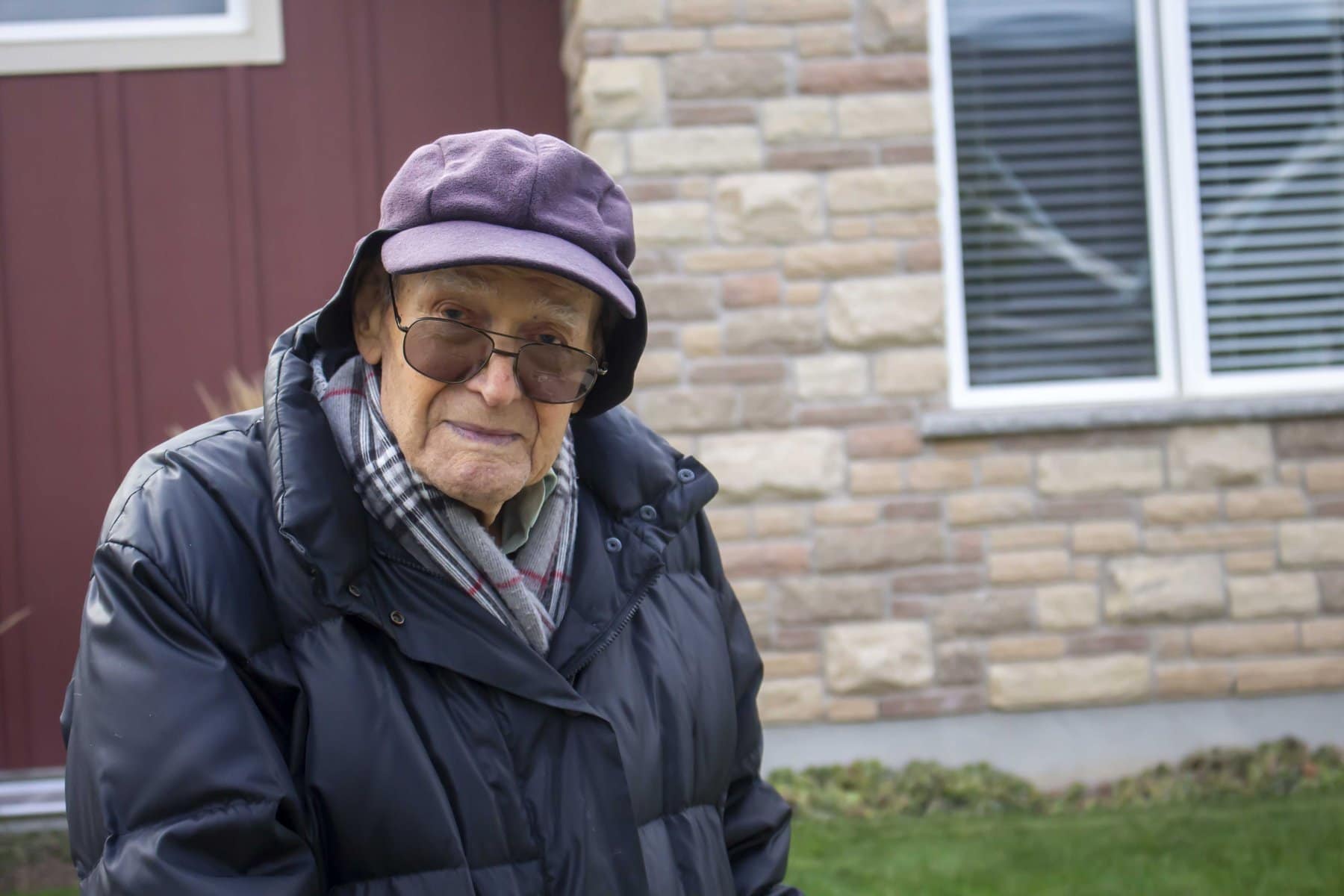 Journalists from The Lake Report are accompanying Niagara-on-the-Lake’s mayoral candidates as they spend time campaigning and knocking on doors. The stories are published in the order in which candidates appear on the ballot: last week Betty Disero, this week Vaughn Goettler and, on Oct. 20, Gary Zalepa.

Vaughn Goettler found several supporters in Virgil during his campaign walkabout on the Friday before Thanksgiving.

Among his supporters, the biggest concerns were the lack of medical support for seniors, the impact of tourism on traffic, and the town’s spending on legal fees.

Resident John Williams said he sees cars racing down Highway 55 from the roundabout doing 60 km/h, even as they pass Crossroads Public School.

Like many of the other residents who spoke to Goettler, Williams saw traffic as a product of the tourism industry, but he also stressed the importance of tourism to the town.

“I’d like to see one portion of the street (in Old Town) closed off, where it’s just pedestrians,” he said.

Catharine Anderson said traffic is especially difficult during the summer, when the town’s tourism activity peaks.

The St. Davids roundabout sparked some discussion. Eleanor Wiebe said she likes the proposal because it could help to move the traffic through the town more efficiently.

Her friend Christine Merza was against it.

Goettler pointed out that a school, some businesses and houses could be affected by the proposal.

“If the residents don’t want it, then it doesn’t work,” Goettler said of the controversial roundabout.

Initially skeptical of Goettler when he arrived at the doorstep, Wiebe and Merza said they liked how the candidate addressed their questions on the roundabout.

Cass Svirplys, a 99-year-old immigrant from Lithuania, was out walking in the cold afternoon air when Goettler’s campaign team stopped him to share their message.

Having grown up in the former USSR, Svirplys is thankful to live in a democracy where you can “talk with anybody” and “express what you feel.”

“I’m an avid cyclist. There are just not enough bike lanes,” she said in an interview.

Rigg was also concerned about the lack of medical infrastructure for seniors.

“A lot of elderly people have to move out of Niagara-on-the-Lake when they come to need an apartment or a residential home,” she said.

Kerry-Ann Doherty was also concerned about the lack of medical support in the community.

“We have a lot of seniors in the area. The town needs to attract more doctors to the town to support them,” she said.

Growth and development were important issues to the residents Goettler encountered as well.

For him, progress and development are important because without growth, the town will be unable to provide basic conveniences.

Some felt the town is developing too quickly.

Merza said the town needs to preserve its streetscapes and manage development to save the town’s character.

“They’re tearing down homes in subdivisions and putting up great big monster two-storey homes” that don’t fit in, she said.

Williams was also concerned about the direction of development.

“We’re not Mississauga with that, but we’re turning into Mississauga, Oakville and other things. I came here because of our history,” Williams told Goettler.

He also doesn’t like to see franchised restaurants like Dairy Queen and Sunset Grill encroaching on the heritage district.

Williams said he would go downtown more often if it was less expensive.

Goettler didn’t cite any specific plans to reduce costs in Old Town, though he felt European towns manage to draw just as many visitors without having to upcharge them.

Goettler suggested the town could attract some Michelin star restaurants to bring in diners from afar, without turning the town into another Niagara Falls.

“I call it Las Vegas North with a really nice waterfall,” he said of NOTL’s neighbouring municipality.

Williams asked Goettler if he would get town staff and council on his side to execute his vision for the town’s tourism.

He likes some of Goettler’s ideas, including “getting rid of all the trinkets and candy shops” downtown.

He was concerned about Goettler’s lack of political experience, though.

For some residents, Goettler’s experience as a business owner was a good substitute for his lack of political experience.

“He also ran his own business and been very successful at it,” Rigg said, adding that it would be useful to the town to have someone who understood how to spend the town’s budget efficiently.

Throughout the walkabout Goettler stressed the importance of working with developers rather than against them.

Williams asked Goettler what he would do to prevent developers like Benny Marotta from having their way with the Rand Estate.

“We have to get our official plan done and in place. And then we have to put the bylaws in place that support it, including contextual architecture and everything else,” he responded.

A heart-warming Christmas story from the streets of Paris