A 35-foot sailboat ran aground on a sandbar off Queen’s Royal Park on Wednesday evening.

The water near where the Niagara River meets Lake Ontario near Queen’s Royal is shallow and a prominent sandbar runs hundreds of feet parallel to the shore.

The sailboat got stuck on the sandbar, and Thursday morning was still listing to the starboard side with its keel wedged firmly into the bar, keeping it tipped over to the side. The water is only a few feet deep where it sits.

The keel is a large fin that juts into the water underneath a boat from the centre of its hull and helps keep the craft stable.

The boat was flying an Aquatic Park Sailing Club flag, a yacht club out of Tommy Thompson Park in Toronto.

The sailboat anchored around 7:30 p.m. in the Niagara River, not too far from the sandbank, said Delater Street resident Terry Boulton.

Boulton watched the entire event unfold and said there was a man and woman aboard the boat.

“I thought, ‘What is this guy doing?’” Boulton said in an interview.

“We watched for maybe an hour from my living room and I thought, ‘Uh-oh, he’s dragging.’ And I knew he was in a very bad place.”

Dragging anchor is a sailing term for when a boat gets pushed by wind and waves even though its anchor is down. It is considered extremely dangerous since the pressure exerted on the anchor’s cable from the force of the moving boat makes it impossible to raise the anchor and regain control of the vessel, Boulton said.

He has lived in NOTL his whole life and started sailing with his father when he was a child.

“But there was nothing they can do. They can’t come in here, it’s way too shallow.”

The boat was being broadsided by the wind and waves for a while. At one point the craft was keeled over so far the railing on one side was completely submerged, he said.

Fire Chief Nick Ruller said his team received a dispatch call at 1:10 a.m. and arrived promptly on the scene.

The fire department received reports that the sailboat had anchored further up the Niagara River. The current dragged the boat down to Lake Ontario, where the wind and waves began to push it towards the shore, Ruller said.

NOTL firefighters dispatched a pumper truck and brought two four-man rescue boats to the scene, in cooperation with the St. Catharines fire department.

“We reached out to the Canadian Coast Guard but they advised they were unable to get any closer or secure the boat because of the conditions,” Ruller said.

“I kept telling them, 'look, I live here, walk out. It's only three or four feet deep,'” Boulton said.

The Canadian Coast Guard offered to bring in air support but Ruller and his team decided on another way.

“Knowing that we do have a bit of a sandbar there this year and that it was exceptionally shallow we felt the best strategy would be to send a couple of firefighters in to do the rescue and utilize the dinghy that was on the back of the sailboat,” Ruller said.

Occupants of the sailboat were safe and sound on shore by 1:53 a.m.

Although water rescues are rare and dangerous, the fire department was not caught off guard.

“Although it was unique — we don't run into these all the time — it was very much something that we are prepared for and trained for,” Ruller said.

Even in the middle of a windy night, NOTLers were eager to help the struggling strangers.

“There were a few residents nearby, one of them was a bed and breakfast owner that offered up a room for them, if they needed,” Ruller said.

“It's always nice to see that community element.”

Now the problem lies in getting the sailboat off the sandbar and out of the shallow water, a difficult situation, Boulton said.

Since the boat is being supported by its keel, every time a wave rocks the vessel the keel gets hammered into the hull.

“If (the keel) is punched through (the hull) and they try to drag it off, what happens? Does it sink?” Boulton mused.

The boat's owner has contacted C-Tow Marine Assistance Ltd., an aquatic towing service, to have the boat removed, said a representative of the Niagara-on-the-Lake Sailing Club.

C-Tow representative Paul Gales said he wasn't sure how to remove the boat until his staff have inspected the scene, but he offered some ideas.

The company may have to use inflatable lift bags to elevate the boat so that it can be floated over the sandbar, Gales said.

But from what Gales has heard the situation could be difficult because the boat has a winged-keel, which has fins protruding from its sides and can cause it to dig into the sand in the same manner that an anchor would.

In that case, the towing company will use a high-powered water hose to clear the sand away from the keel in the water.

Gales said it may be possible to lean the boat onto its side and float it out.

The Lake Report reached out to the Aquatic Park Sailing Club but no one was available for comment.

Editorial: A missed opportunity for NOTL 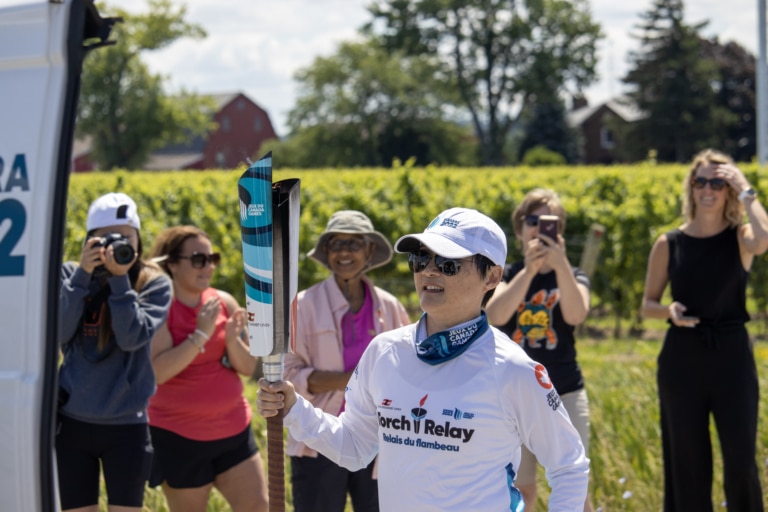 New COVID restrictions could be ‘crippling’ for restaurants