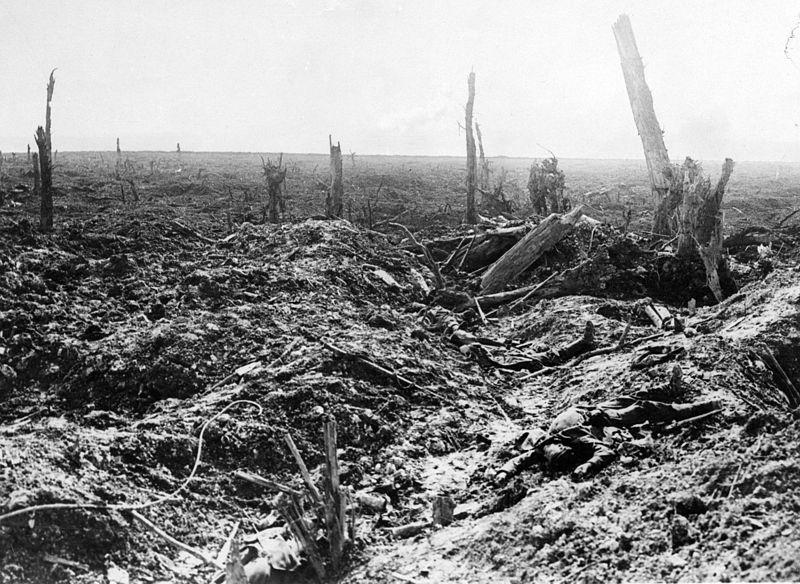 This year marks the 100th anniversary of Niagara-on-the-Lake’s iconic clock tower cenotaph. Two years later, in 1926, the Township of Niagara unveiled its own memorial in Queenston. In recognition of those who fought and died in two world wars and beyond, NOTL historian Ron Dale has been researching the stories of the people – all men – whose names are engraved on the two cenotaphs. This is one in a series of stories documenting and remembering the sacrifices of those commemorated on the municipal memorial in Queenston.

On July 1, 1916, the First World War had been raging for almost two years when the British launched a campaign in attempt to overcome German trenches, drive off the enemy and break out into open country, chasing them from French soil.

The Battle of the Somme lasted until Nov. 18 and was one of the largest, bloodiest battles of the war.

More than half a million Germans were killed or wounded, while British, Commonwealth and French forces suffered 623,907 casualties.

Among those, 24,000 Canadians were killed, wounded or missing. A Queenston man was among them.

Francis Lloyd Griffiths, known as Lloyd, was born in Queenston in the very early hours of Dec. 7, 1893, to Frank Griffiths and Mary Brown. Lloyd was their only son.

Frank Griffiths was a painter and once Lloyd finished school, he took up his father’s trade.

He was already serving as a part-time militiaman in the 44th Lincoln and Welland Regiment. The officers and sergeants of that unit strongly urged the men to volunteer for the Canadian Expeditionary Force.

It was a simple matter to enlist in the 98th Battalion, of the Canadian Expeditionary Force as their recruiting office was in the same armoury as the 44th Regiment soldiers trained at on a weekly basis.

Reinforcements were badly needed in France and Belgium at the time so Griffiths’ training period in Canada was short.

After a few weeks of more intensive training in trench warfare, Griffiths was transferred to the 58th Battalion and sent to France to join them in the field on Sept. 8, right at the time when Canadian units were being sent to bolster the British forces during the first several weeks of the Battle of the Somme.

He arrived at the front-line positions of the 98th Battalion on Sept. 27. He would only have 11 days to live.

In the pre-dawn hours of Oct. 8, 1916, the men of the 98th Battalion waited sleeplessly, nervously in the muddy, wet trenches of the front line. A cold rain soaked the men and turned no-man’s land between their trenches and the German positions into a quagmire.

At 4:50 a.m. with Canadian artillery pummelling the German trenches, the Canadian were ordered “over the top” to struggle across the open field toward the enemy.

The men were able to capture some of the German trenches but were raked by enemy artillery fire and driven back by a fierce counterattack. The battle just outside of the French town of Courcelette lasted for hours, with attack and counterattack.

Hit by rifle fire, mowed down by machine-guns and smashed by high explosive and shrapnel shells, the Canadians were forced back to the start line in their own trenches. They were low on ammunition and had  run out of hand grenades.

Casualties were heavy. Dead men and the badly wounded lay out in the swampy, cratered no-man’s land which was still under heavy enemy artillery fire. Bodies could not be retrieved. Some of the dead had sunk below the waters of rain-filled shell craters; some were blown apart by high explosives.

When the roll was called after the battle, Griffiths was among the missing. None of his surviving comrades had noticed his fall. He could not be identified among the remains of men eventually retrieved from the battlefield for burial.

There as a slim chance he had been captured as a prisoner of war. The German Red Cross was very good at reporting PoWs and it was determined that Griffiths was not among them. Canadian authorities waited almost a year before declaring Griffiths “killed in action” on Sept. 19, 1917.

Lloyd Griffiths’ remains have never been found.  His name is inscribed, along with 11,284 fellow Canadian soldiers with no known grave at the Vimy Memorial in France.

His sacrifice is commemorated on the Niagara Township Cenotaph in Queenston, a short walk from where he had once lived.