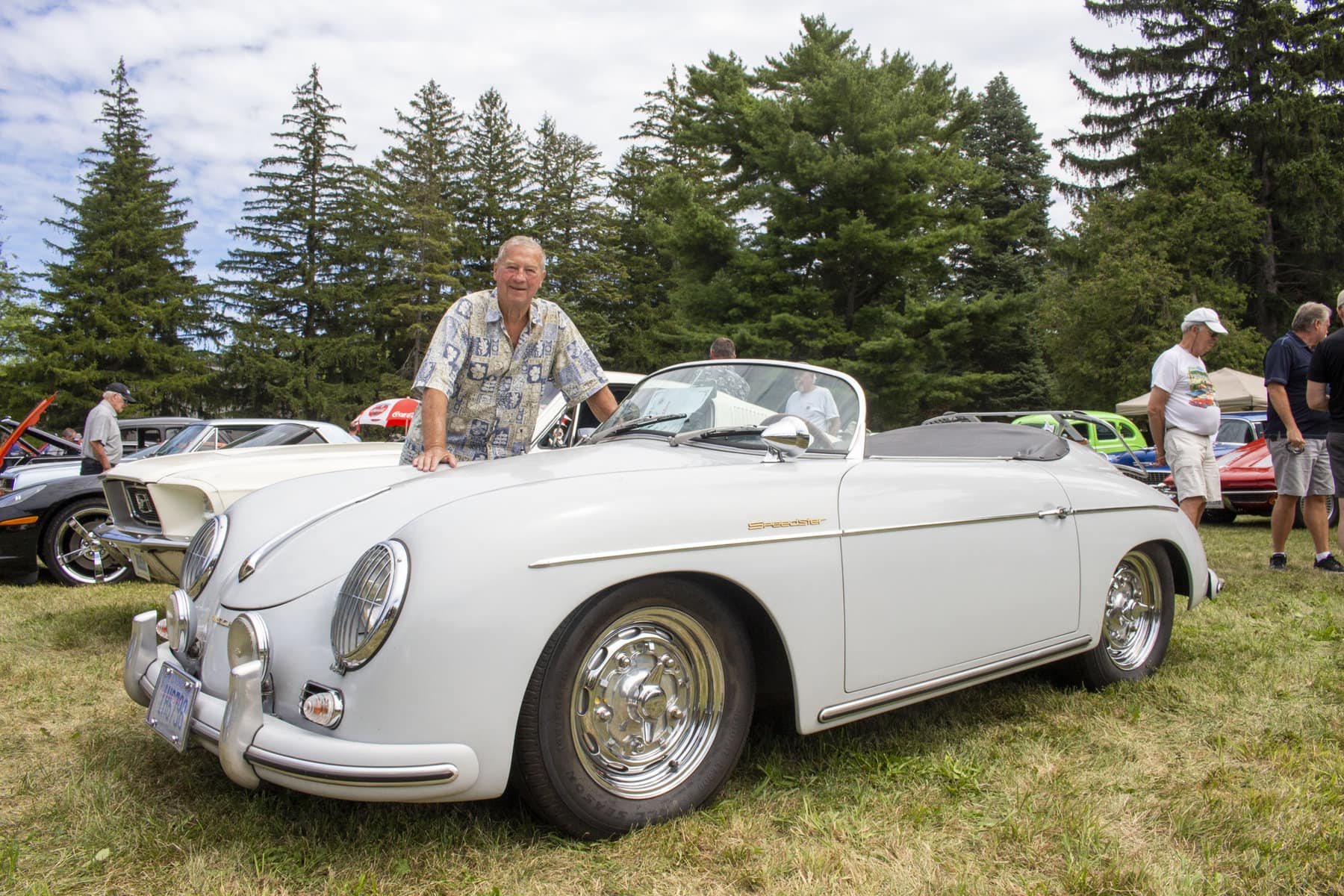 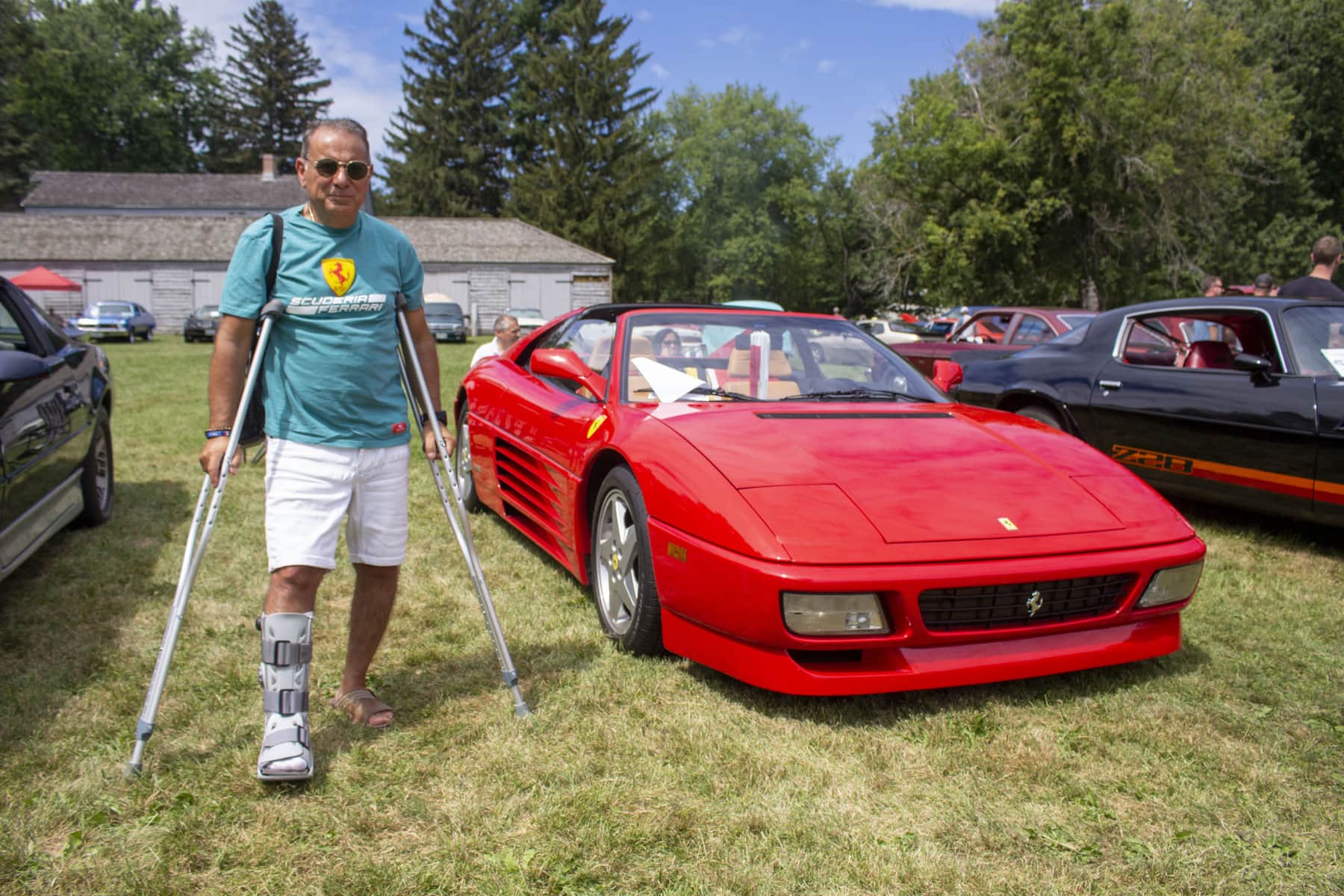 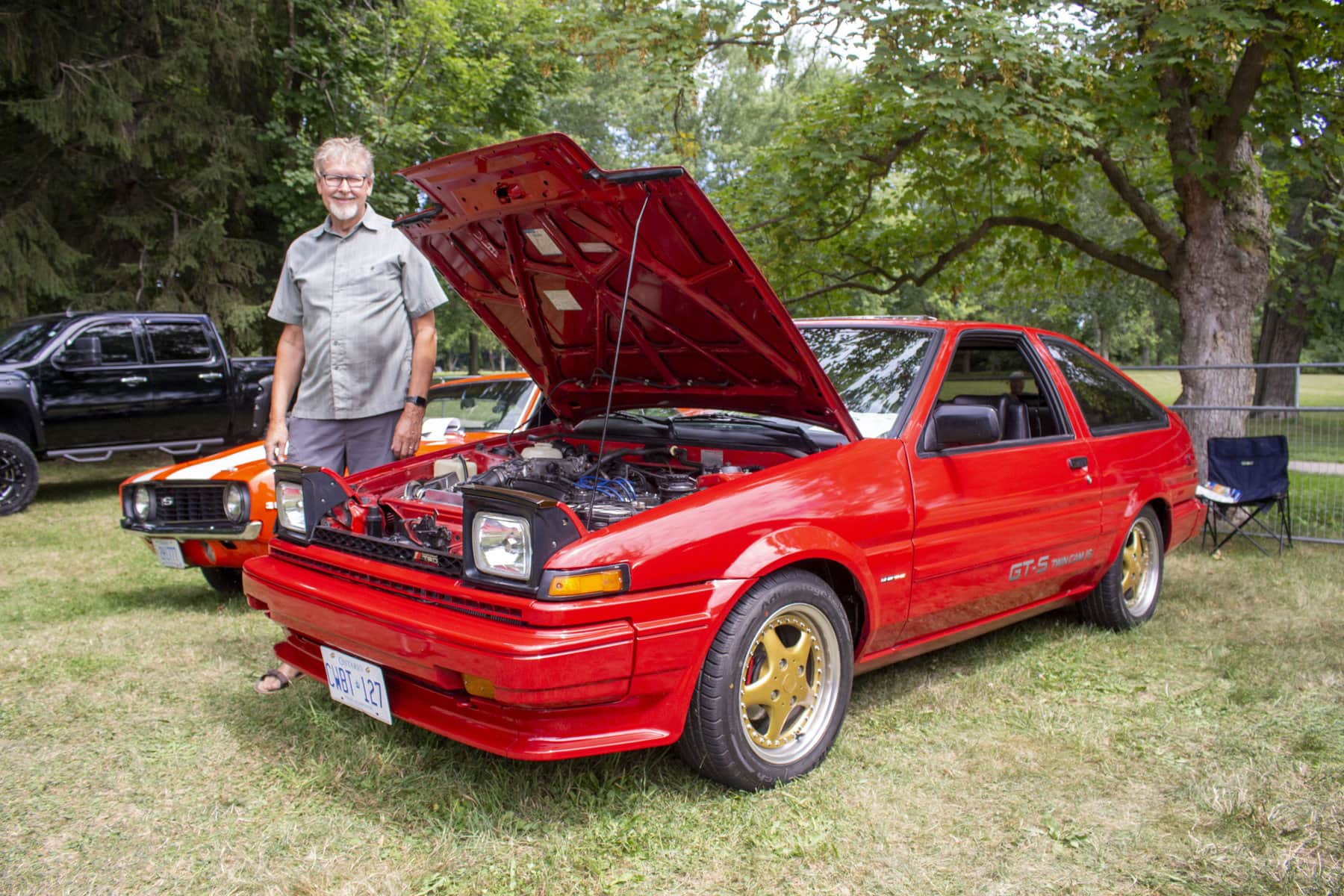 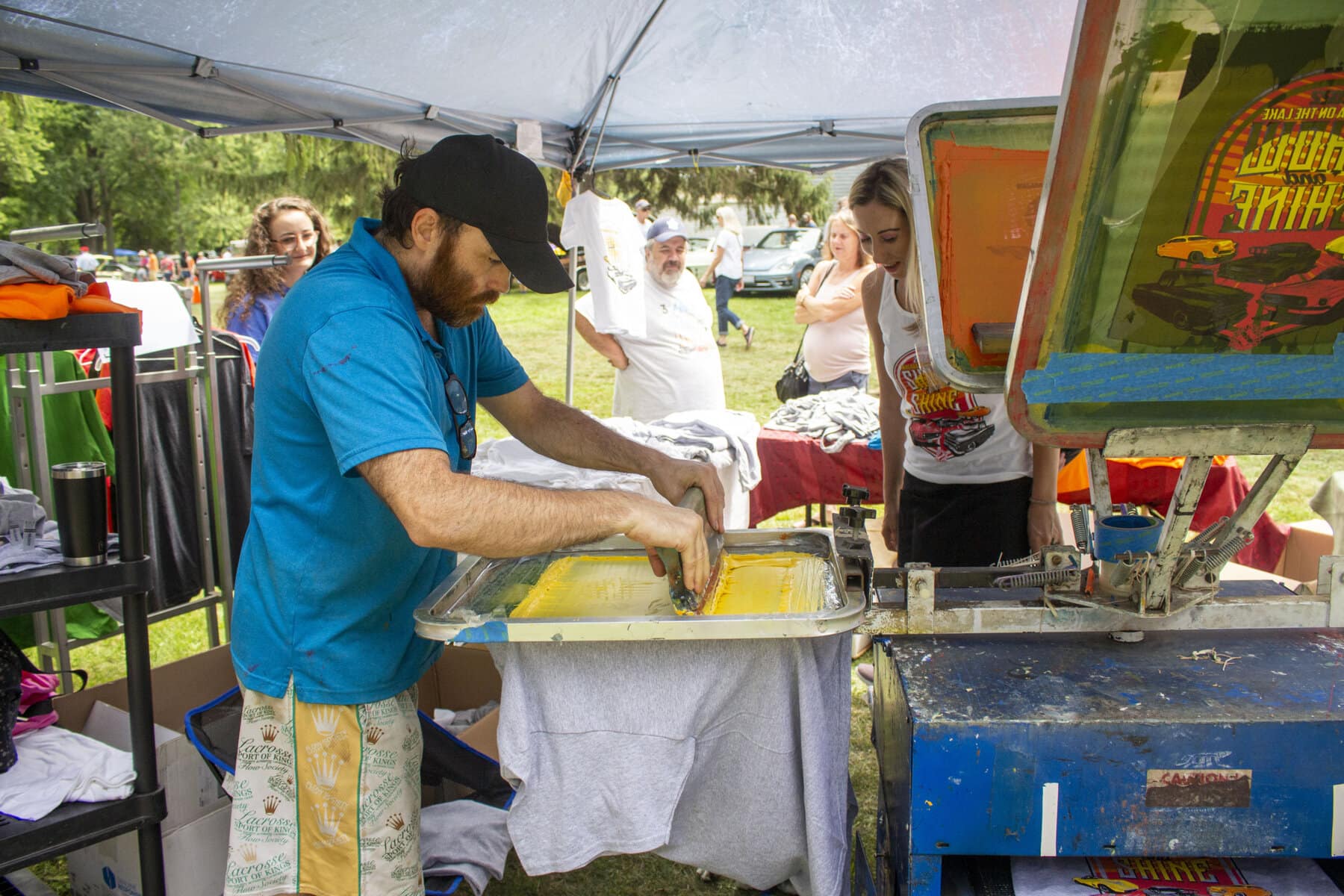 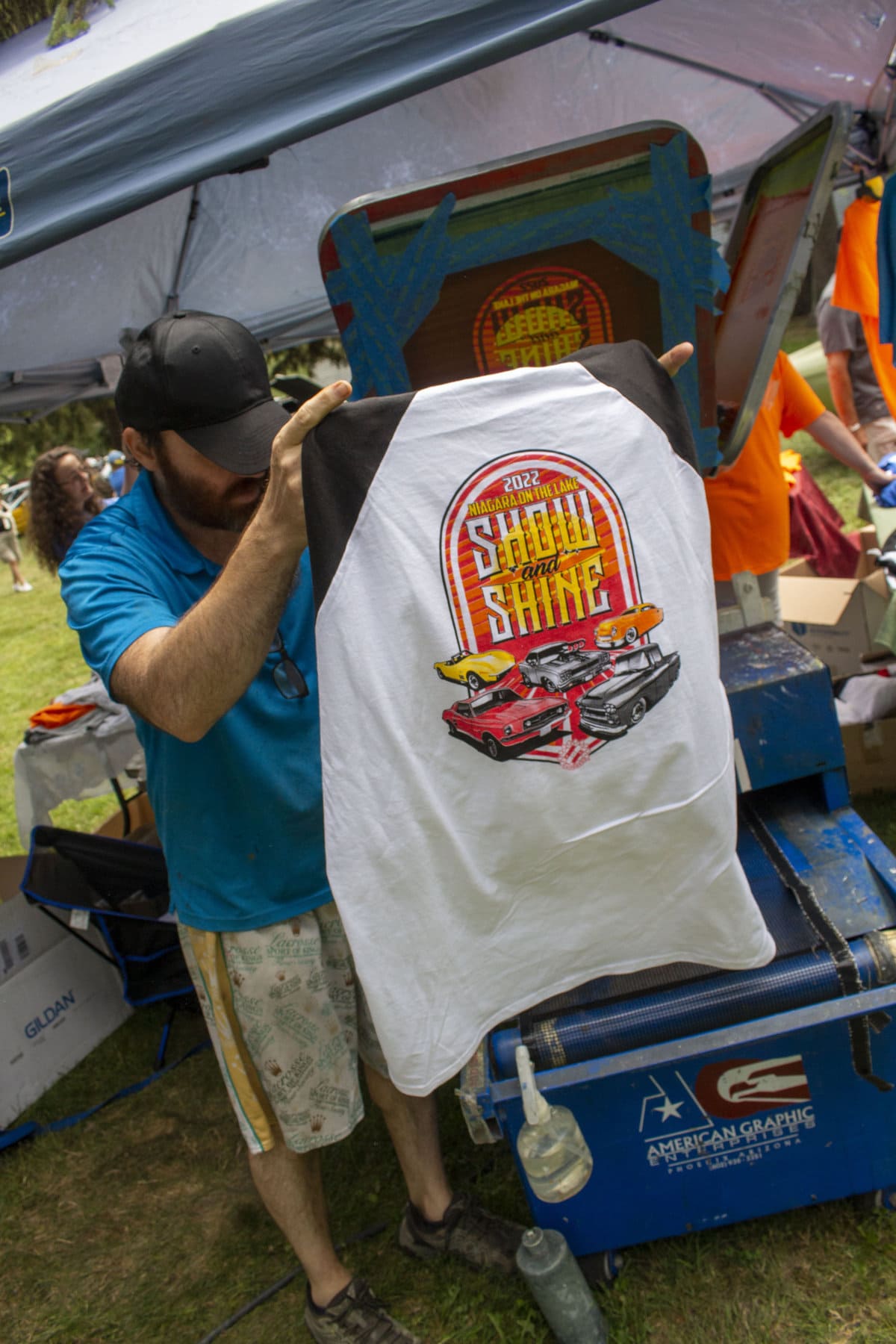 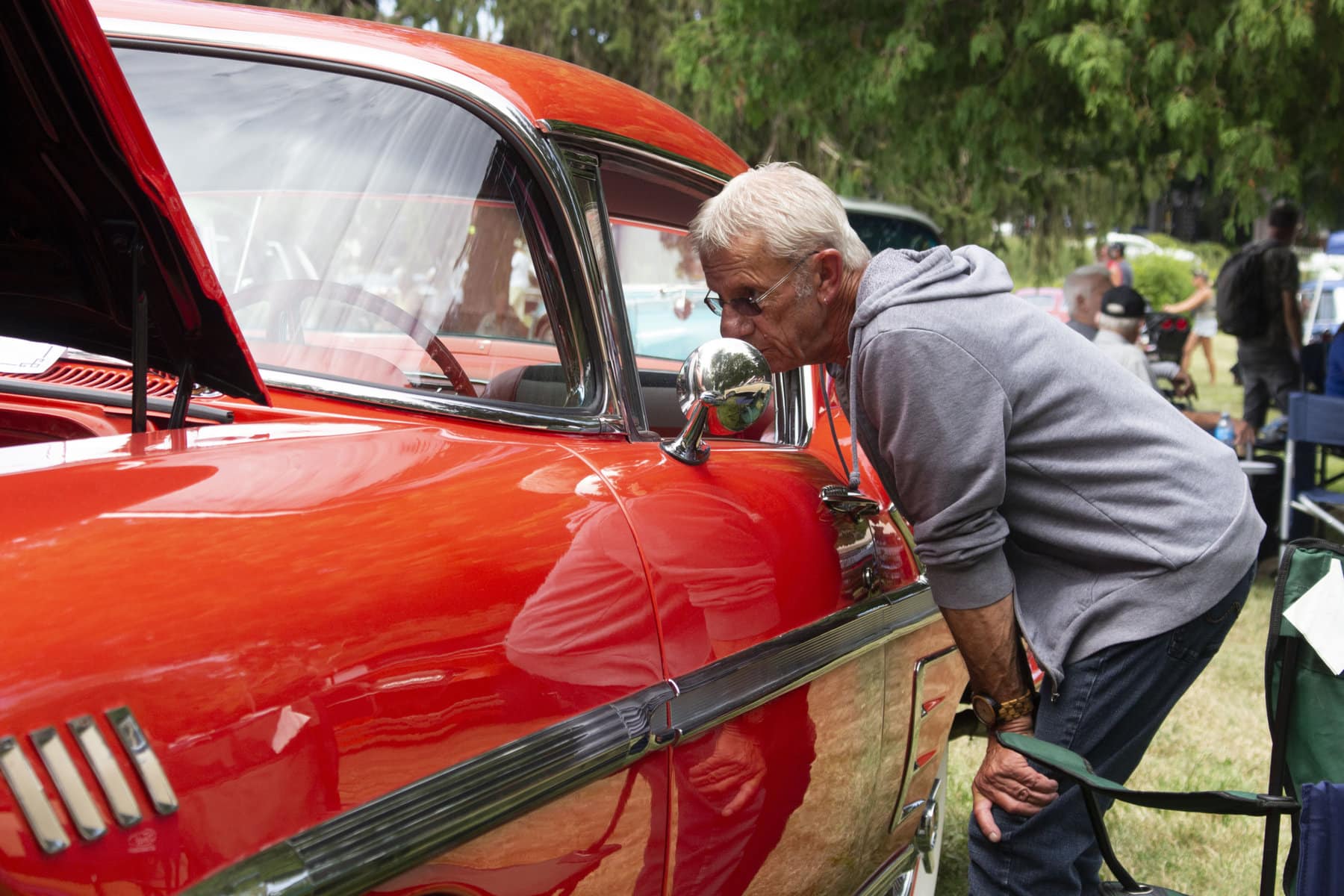 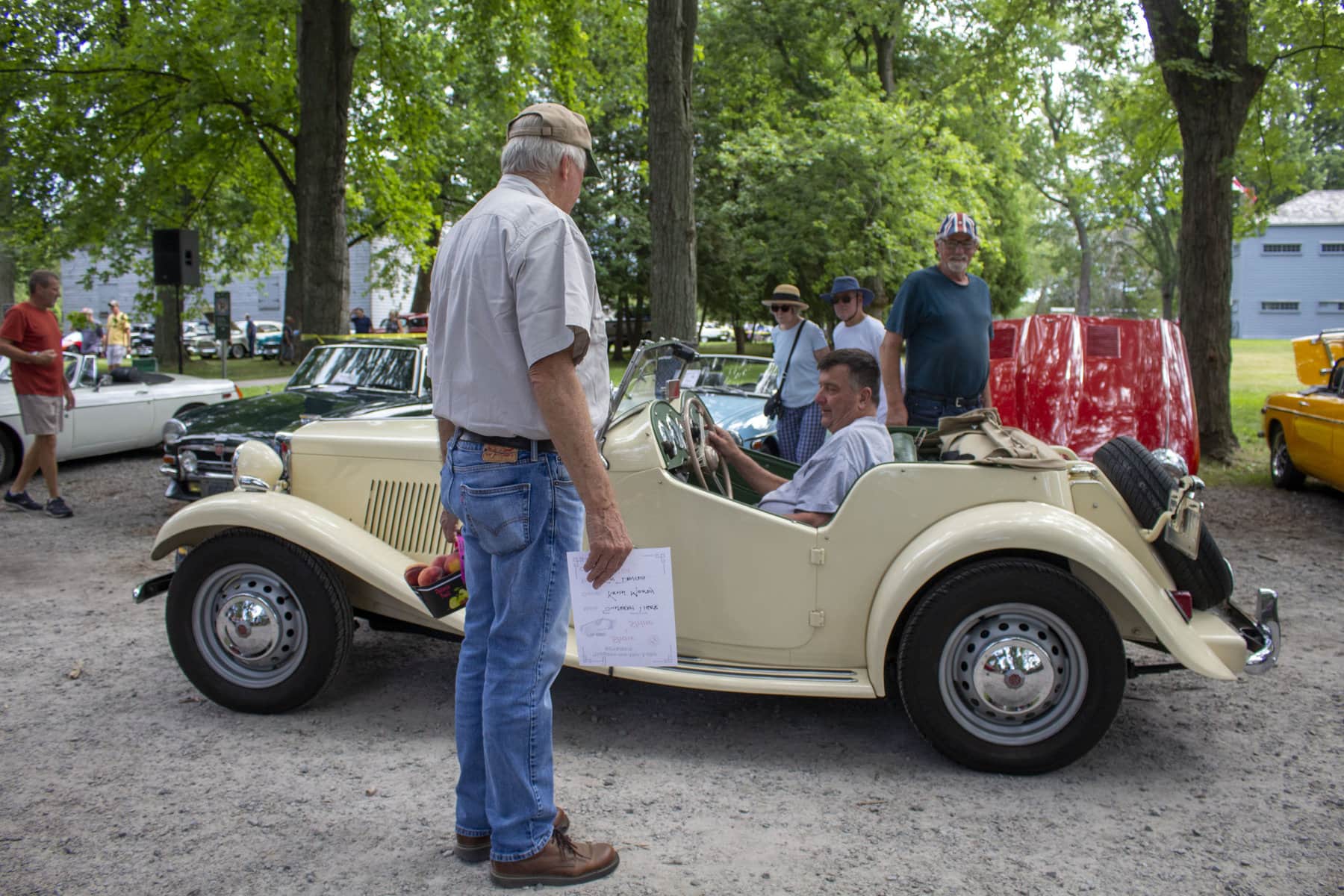 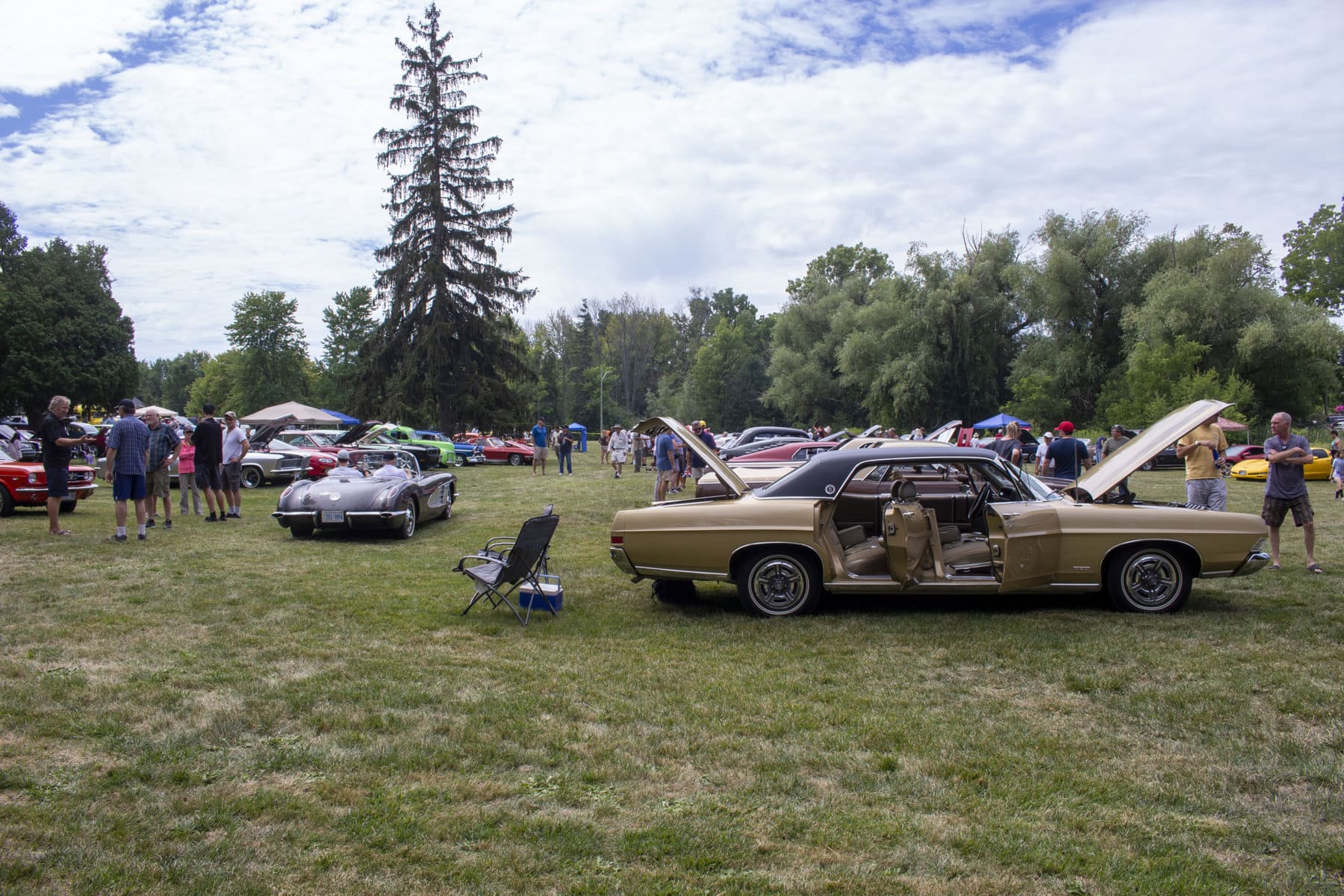 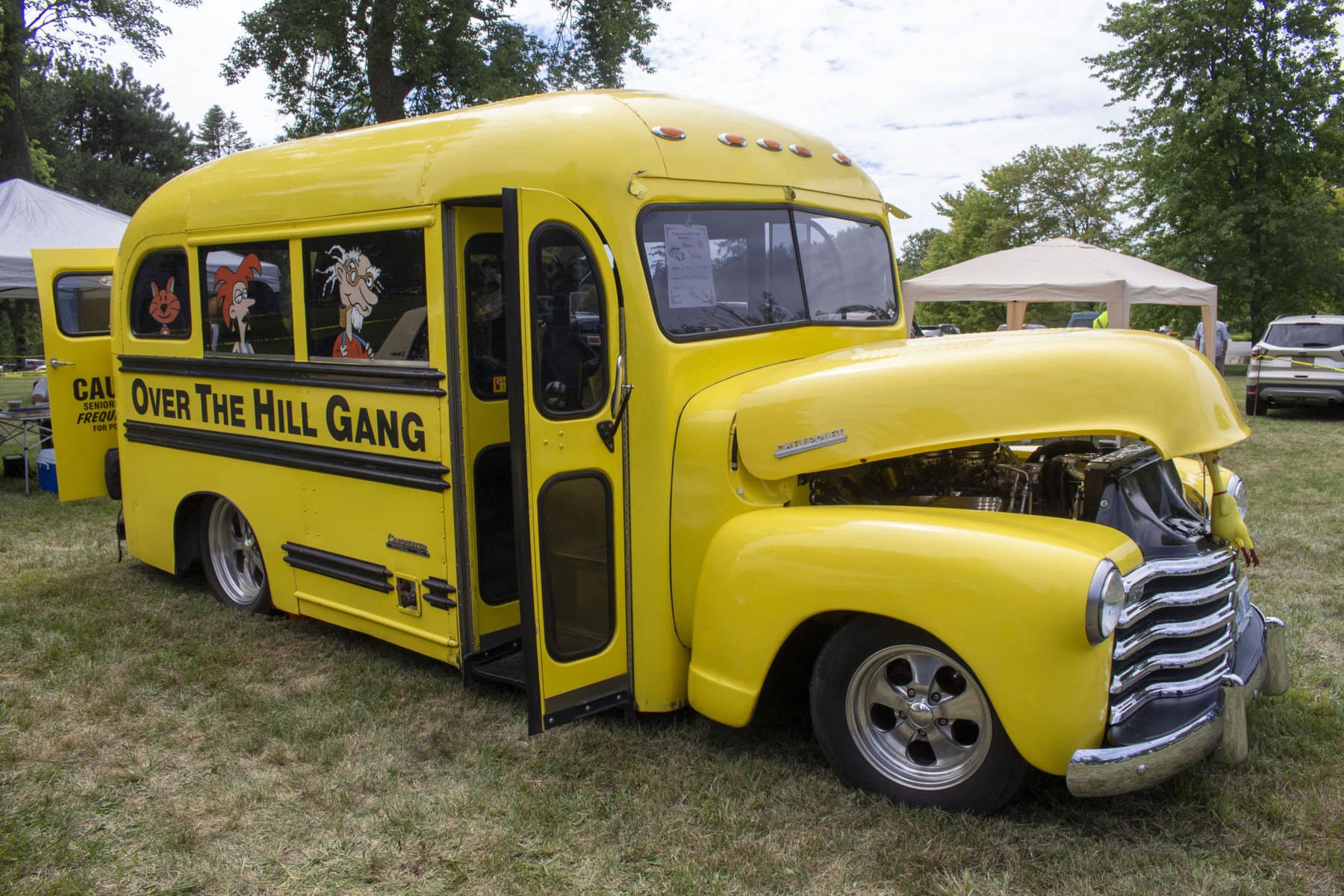 The Kinsmen Club of Niagara-on-the-Lake’s annual Show and Shine returned like a roaring engine on Sunday, as collector cars filled the Commons.

It was a triumphant success for the 20th event, after two years of burning fumes due to the COVID-19 pandemic.

Bruce Pinkerton, a St. Catharines resident, was there showing off his “stone-slate-grey” 1958 Porsche Speedster.

The car is in pristine condition with all of its original parts and just 21,000 miles on the odometer.

“I drove back from California with 3,000 miles on it — picked it up from a fellow who had it in a museum,” Pinkerton said as spectators stole glances.

He said he only drives it in nice weather, “because if it rains, they call these things bathtubs — because they just fill up.”

Scott and Carly Barsley were there doing on-site silk screening this year’s custom t-shirts which have become a staple of the event. This year they did a sunset theme, “and this time we put five cars on and make everybody happy, because last year we only had one car and people complained about it.”

Ken Slingerland, past president of the NOTL Kinsmen Club, who helps organize the event, said, “We’re probably back to one of our biggest years, over 420 cars.”

“The crowd itself and spectators is one of the biggest I think we’ve ever had,” he added.

“I think everybody’s — you’ve heard this before — itching get out. And we tried to get everything perfect for them. And they’ve responded, all this spectators came out. The food tent is full, the car show we filled up almost every space, so we’re happy.”

Johanna Cotte, manager of Ontario and Atlantic for Cystic Fibrosis Canada and a national Kin Canada liaison, was there to show her support.

“It’s amazing to be in-person again. The Kin are such a big part of CF Canada. They have been raising funding for us for over 55 years, which is an amazing partnership,” she said.

“The funds raised are so valuable for our CF community. Our end goal is to find a cure — CF should stand for cure found — and to help with the care and advocacy, so we’re really grateful for their support.”

She said she saw “a lot” of cars she likes during the show, adding she’s “kind of partial to Vets and Mustangs.”

Marcus Antaya, deputy governor for Niagara for Kin Canada, said the show was “long overdue to come back.”

“The last few years have hurt everybody, so I’ve been calling this the ‘get back to normal day.’ And everyone’s having a great time, there are lots of things to do. We’ve got the food concessions area, which is doing gangbusters — you can by the line.”

He said Kin Canada has been working with Cystic Fibrosis Canada since 1987 and in that time clubs across the country have raised more than $50 million for research.

“And it’s a partnership that’s not going anywhere until they don’t need us anymore.”

Dr. Brown: The birth, death and rebirth of stars????

Letter: 50 ‘no parking’ signs on Creek Road in St. Davids is massive overkill