The Dec. 4 sale will be held under a tent at the red barn at 322 Simcoe St., opposite St. Andrew's Church – one of the few barns still standing in Old Town.

That date is the second day of the Rotary Club’s Holiday House Tour and the book fair’s location is halfway between the first two homes listed in the tour brochure.

In addition, Writers' Circle author Randy Klaassen, who publishes books with local themes, will be displaying some of his press’s titles.

The books cover a range of genres and styles: fantasy, mystery, romance, historical fiction, young adult literature, as well as memoirs and other non-fiction subjects. There is likely to be something of interest for all readers.

Among the recently published books that will be for sale are:

*Patricia Nicholls-Papernick’s fond recounting of her family’s history spanning two world wars and her personal recollections of Camp Niagara and the ravages of Alzheimer’s, in “Annie and Fred.”

*Three of Paul Masson’s detective novels set in the fictional town of Ashcroft-by-the-Sea, N.S., collected in a single volume entitled “The ABC Files.”

*Marie Kelly’s latest novel in her Surviving Hearts series, “Fiancee for the Billionaire,” as well as volume one of the series, “Secretary For The Billionaire.” (See her website, www.romancemarie.com)

*Jean Baker’s “Albatross Hall,” a tale of an aristocratic family set in England and North America during the reigns of George III and IV.

The following books will also be available for purchase:

*By Terry Belleville, “Raising the Bar,” (a young couple struggle to restore a ramshackle country pub in Australia in the 1930s); “Matters of Kindness,” (Kindness comes in many forms. Nine short stories reveal different aspects of kindness); “The Printer, the Actress, and the Cat She Couldn’t Mention,” (a romantic comedy set in Buffalo and New York City); “Things That Happened,” (a collection of 15 short stories, many of them true).

*By Sharon Frayne (www.fraynesharon.com): “Caught Between the Walls: Tales of the Old Niagara Court House and Jail.”

*Memoirs by Randy Klaassen: “Quartermaster Jack: Jack Hunter's Story,” “I Did It My Way: That's Why Nothing Works” (Blanche Quinn's story), “Maxie Ross: Memories of a Dancer,” “Wall's of Virgil: Dave Wall's Story.”

*Works by local authors or on local themes published by Randy Klaassen: “Berries, Tickles and Saltwater Ice,” by Reg Faust (stories of Newfoundland); “Under the Trembling Aspen,” by Reg Faust (stories of Newfoundland); “The Cost of Freedom,” by Madalyn Neufeld (a young reader’s story of the Underground Railroad); “Hero For a Hundred,” by Mark Dobell (post-World War Two suspense);

For more information about the NOTL Writers’ Circle, see notlwriterscircle.com. 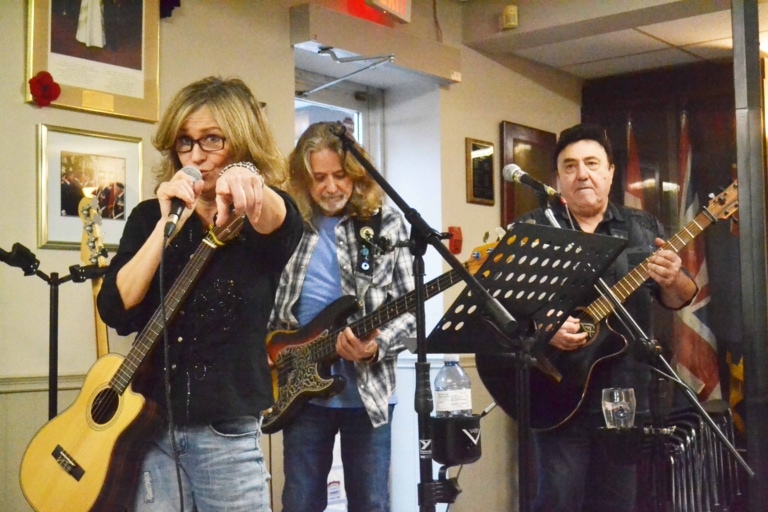